Ex-BBC bosses blast lack of free coverage: Call for change in rules so more viewers can watch Olympics after slew of complaints

Two former BBC chairmen have called for broadcasting rules to be changed to make sure free-to-air channels can show much fuller coverage of the Olympics after complaints from viewers.

Lord Grade and Sir Michael Lyons said politicians should look at what can be done to ensure more of the coverage is as widely available to UK viewers as possible.

Their comments come after the BBC was hit by a tide of complaints about the lack of live coverage compared with previous games.

Viewers had been unaware that a deal signed by the corporation in 2016 means that at the 2020 Games the BBC is not allowed to show the same level of coverage as in the past. 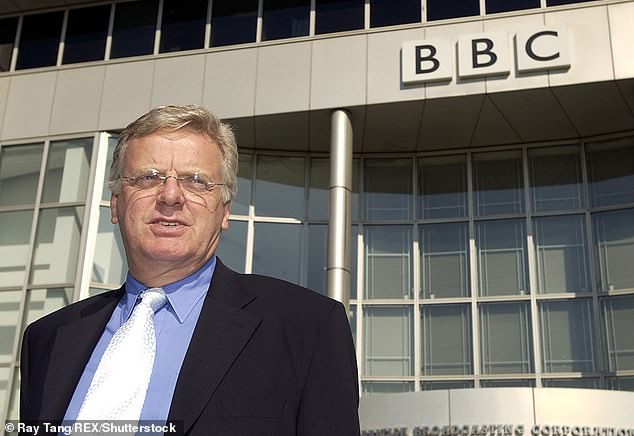 US broadcaster Discovery paid £920million to the International Olympic Committee (IOC) to control European coverage and will now only allow the BBC to show two live events at any one time.

As part of a deal with the US media giant, the BBC signed away its rights to show all sports in return for access to show future games.

In the UK there is fuller coverage of the games on Discovery-owned Eurosport and the company’s recently launched streaming service.

Lord Grade, who was chairman of the BBC between 2004 and 2006, said: ‘I think that Parliament needs to look at this and find some way, not of interfering in the market, but making sure that there is fuller coverage on free-to-air.

‘It’s a huge disappointment to people not to be able to have the usual fuller BBC coverage. The Olympic Games belong to everyone really.’

Sir Michael, who succeeded Lord Grade as chairman, said there should be a change to the ‘listed events’ rules that govern which sports must go on free-to-air TV.

While the Olympics are protected under these rules, it does not specify the amount of coverage that has to be shown.

Sir Michael said these rules should be changed to make sure the BBC or other free-to-air broadcasters show all of the events from the games.

One well-placed industry insider said last night: ‘The BBC was desperate to keep hold of the Olympics, so the deal they did with Discovery was quite high, but they didn’t want to lose it.’

Asked if the deal was a bad one for the BBC, they added: ‘This was a good deal for Discovery.’ 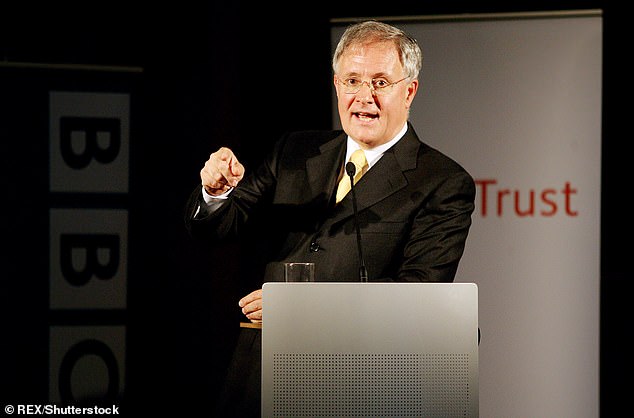 Sir Michael Lyons (pictured), who succeeded Lord Grade as chairman, said there should be a change to the ‘listed events’ rules that govern which sports must go on free-to-air TV

It is understood there was a ‘very tough’ set of negotiations with Discovery.

The US company is said to have made it clear it was prepared to take the rights elsewhere, with Channel 4 and ITV both keen.

A source said: ‘People expect the Olympics to be on the BBC. Nobody expected Discovery to come in and scoop it all up… they were ruthless at negotiating.’

Julian Knight, chairman of the Commons digital, culture, media and sport committee, said last night: ‘It looks like the BBC got a very poor deal for both licence-fee payers and viewers.

‘Clearly Discovery were laughing all the way to the bank.’

A BBC spokesman said: ‘With over 500 hours of live coverage, alongside 24-hour catch up and extensive radio and digital rights, we have secured an extensive offer for audiences.’