TWO US hostages detained in Venezuela over their role in a failed coup appear to have given secret eye signals to show they are being mistreated as they were paraded on state TV.

Both ex-soldiers – Airan Berry and Luke Denman – appear to move their eyes upwards sharply after being asked certain questions, which has been claimed to be a sign they are speaking under duress. 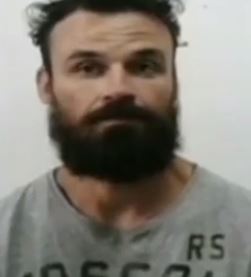 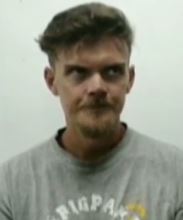 Berry, 41, and Denman, 34, were arrested in Venezuela accused of being part of an armed incursion with the goal of kidnapping President Nicolas Maduro.

Two videos of them being interrogated have been released as as Venezuela claims the two men were "terrorist mercenaries" hired by the United States and opposition leader Juan Guaido.

Former Green Beret Berry is shown in a video released on Thursday being questioned about his confinement.

He asked if his human rights have been respected, and he replies: "Yes, as far as I've experienced, yes."

After finishing his answer, he jerks his eyes sharply upwards and to his right.

Special forces staff sergeant Denman meanwhile is seen being quizzed about who is behind the plot, and he answers "President Donald Trump".

Once again after giving his answer, he moves his eyes quickly upwards – even more obviously than Berry.

Former Navy Seal Ephraim Mattos, who claims he was aware of the plot, pointed out the signals, reports the Wall Street Journal.

Referring to Denman's video, he said: "He looks off screen real quick.

"That’s him clearly signaling that he’s lying. It’s something that Special Forces guys are trained to do."

It is alleged Guaido gave security firm Silvercorp up to $213million to invade the South American country as part of a coup planned by ex-Green Beret Jordan Goudreau. 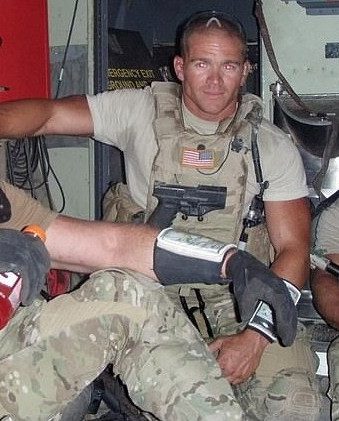 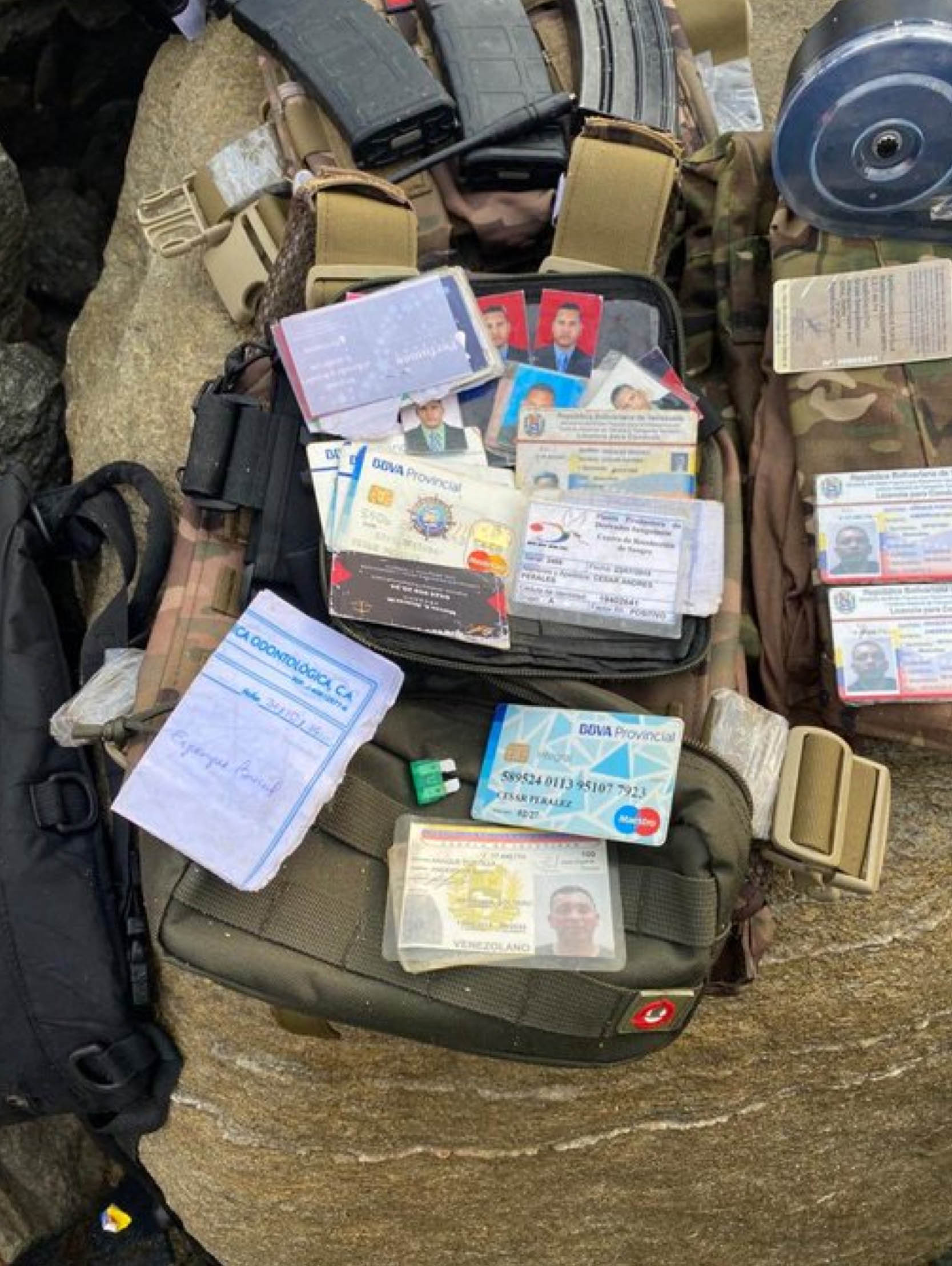 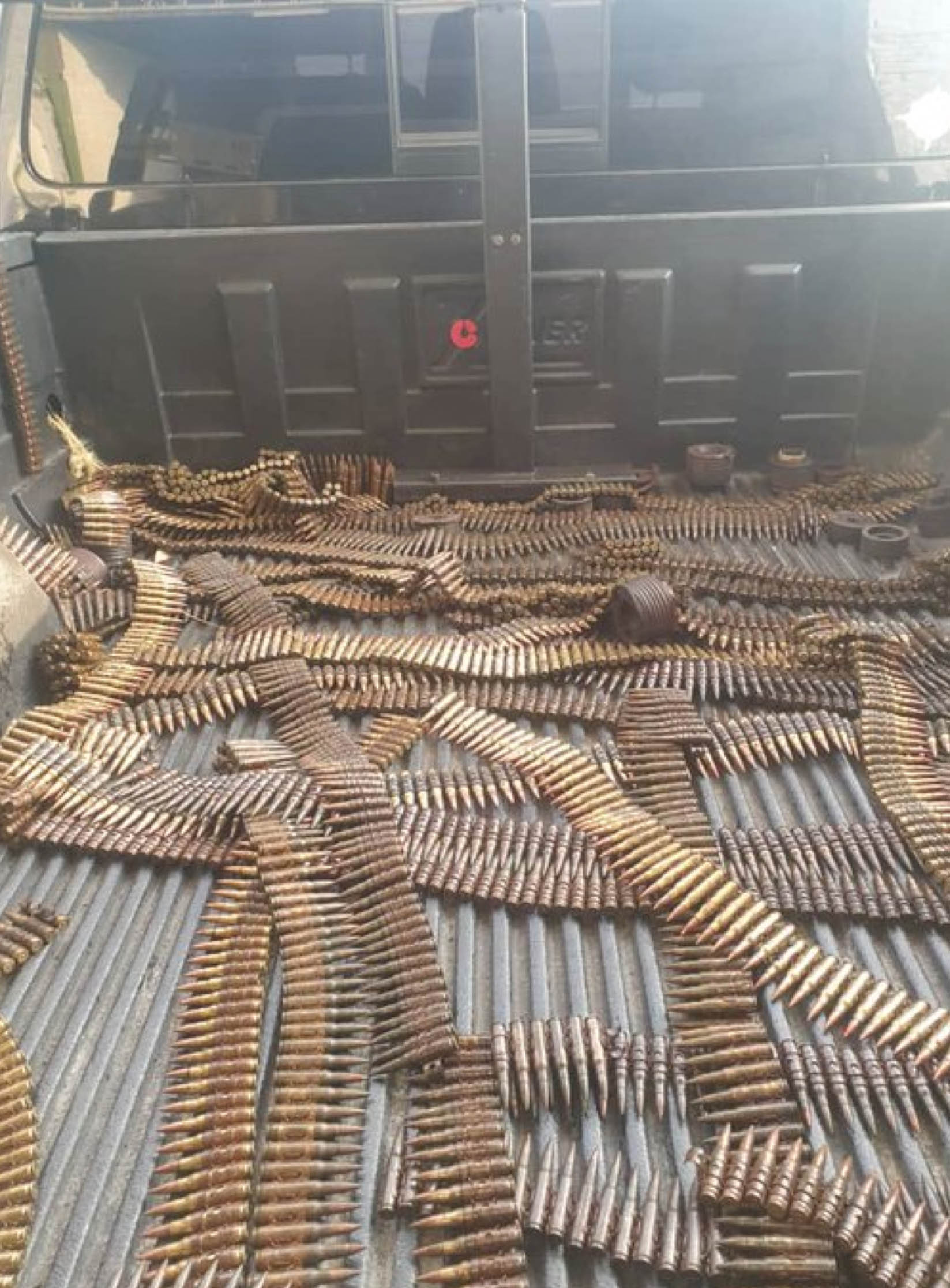 Eight people were reportedly killed and more than a dozen arrested during the botched invasion – dubbed "Operation Gideon".

The ambitious plot was allegedly launched to seize the presidential palace in Caracas, capture Maduro, and then take him back to the US to claim a bounty of $15million.

Mercenary forces are said to have made landfall, but the plot quickly fell apart as they were captured Venezuelan troops on Sunday, May 3.

Maduro accused the the US government of being behind the plan, and said the Americans were "playing Rambo".

President Donald Trump has has denied any US involvement in the failed operation – saying he only heard about the coup when speaking to reporters on Tuesday.

He said: "But whatever it is, we'll let you know. But it has nothing to do with our government." 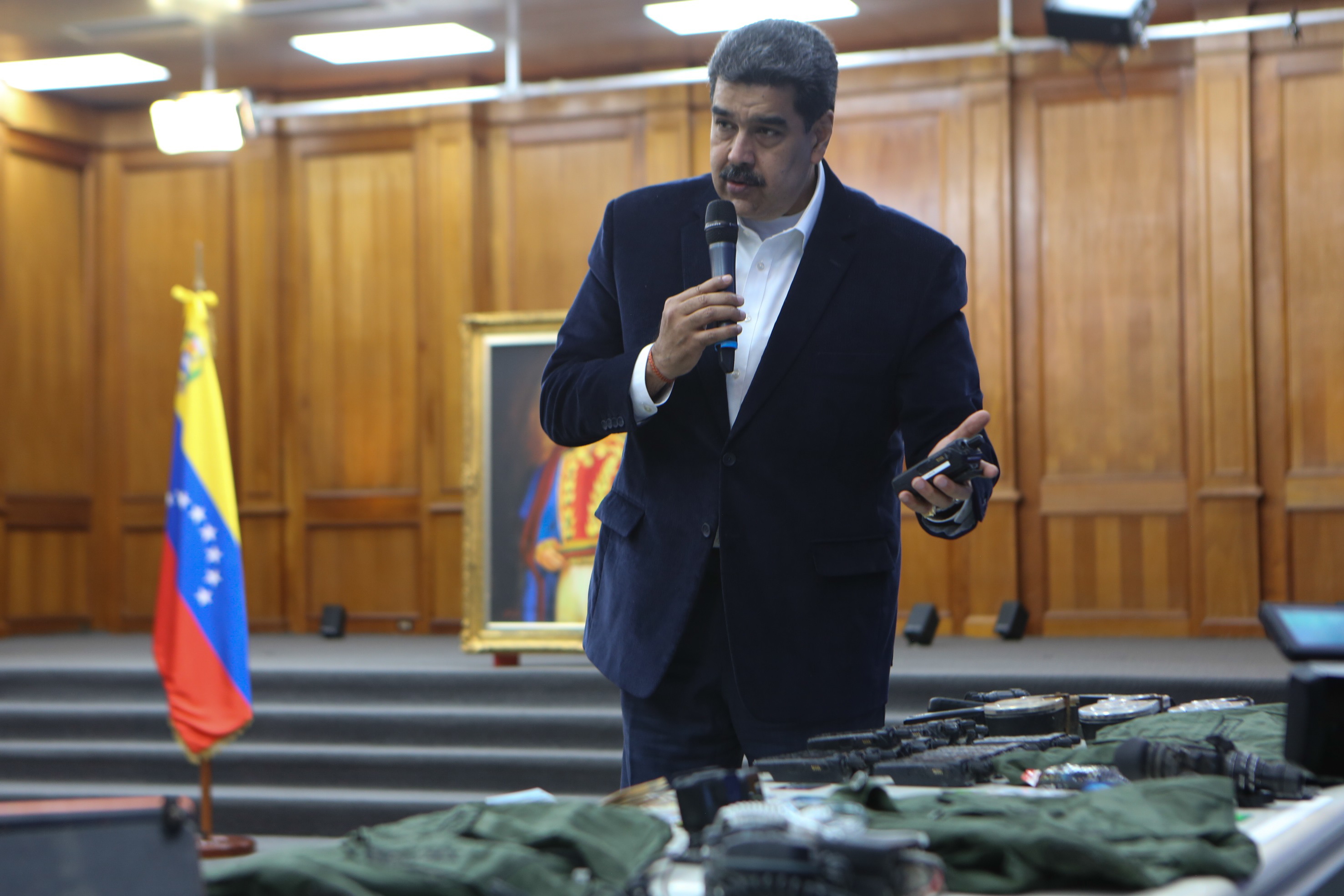 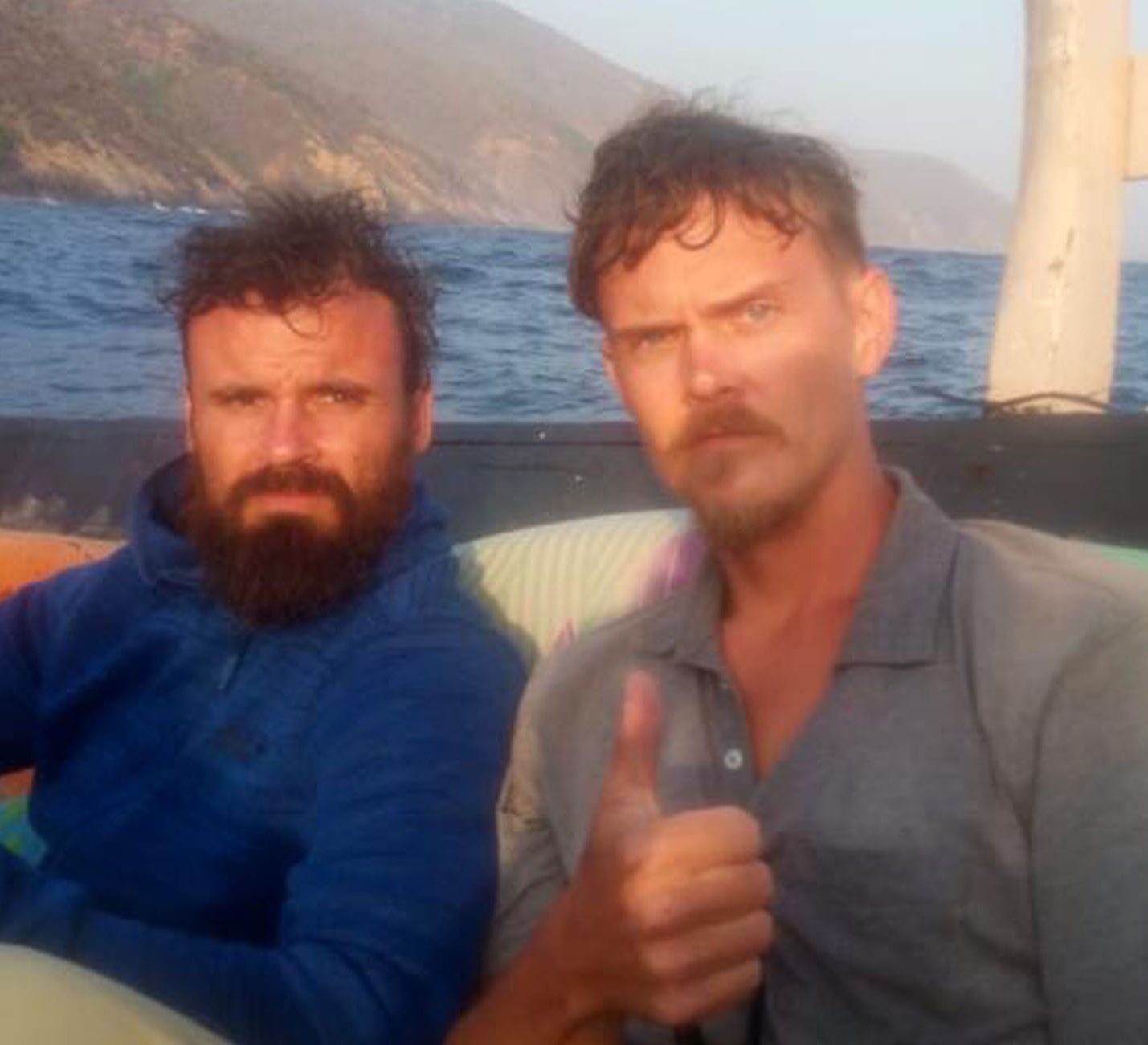 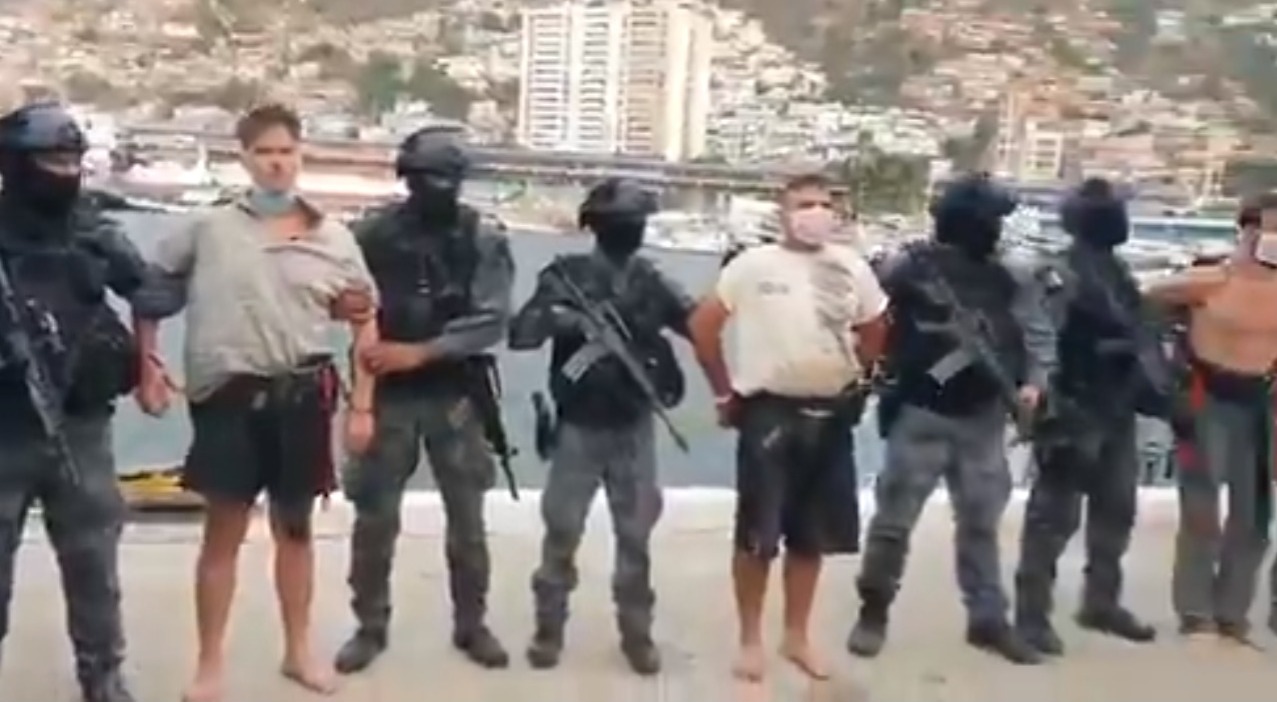 Secretary of State Mike Pompeo also denied Denman's claims – but said they would work to get the detained Americans back.

He said: "If the Maduro regime decides to hold them, we'll use every tool to try to get them back. It's our responsibility to do so."

Mr Pompeo however did express doubt over the claims, suggesting Maduro's government could be lying about the men.

Maduro brandished equipment like night-vision goggles said to be seized from the mercenaries during a press conference, in which he accused Denman and Berry of trying to assassinate him.

He said: "The United States government is fully and completely involved in this defeated raid. They were playing Rambo."

Tensions between the US and Venezuela run high amid the South American country's crumbling economy and political unrest.