Jon and Meryn O’Brien travelled from Old Toongabbie in western Sydney to hear in person the verdict of the judges at the Dutch high security court near Schiphol Airport which found three Russians guilty of downing the MH17.

After eight years they finally got the answers to the culpability of the atrocity which claimed the life of their 25-year-old son Jack, among the 298 passengers and crew who died on July 17, 2014. He was on his way home after the 2014 football World Cup when the aircraft was shot down. 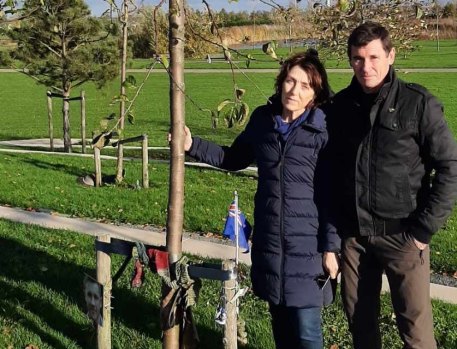 Jon and Meryn O’Brien at the crab apple tree memorial to their son Jack at the MH17 National Monument in Vijfhuizen, Netherlands.

They heard the decision in a small court spillover room along with representatives of Department of Foreign Affairs and Trade and the Australian Federal Police. Speaking from outside the court she told the Herald and The Age she felt relieved and that the judgement had been very clear in stating it was a BUK missile brought across from the Russian Federation.

“Even as [the judgement] was happening, I just felt so sad, I don’t think it changes the sadness and the grief but I still think alongside that there is a relief that a line has been drawn under this part and it has been a very clear judgement after a very thorough and meticulous process,” she said. “It just puts it out there for anyone who wants to hear what happened, which I guess is what we thought all along. 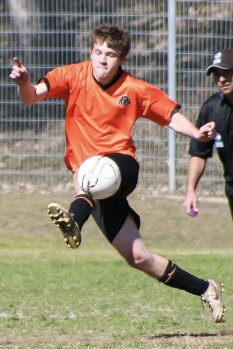 “It has been sifted now and the court has given their judgement about these three particular middle-ranking people being responsible and it has put to rest all the ridiculous conspiracy theories. We had confidence in the process and feel it was a strong judgement. We are really grateful to the Joint Investigation Team, and the Dutch and Australian governments for seeing this process through because it was an enormous amount of work over eight years.”

Jack had just completed a grand tour during the 2014 World Cup, taking in Iceland, Paris and Moscow, and to “pay homage” in Barcelona and was on his journey home.

O’Brien added: “He was an avid football fan and every time the World Cup comes around … obviously we follow the Socceroos. We will follow it this time when it starts in Qatar and we have Jack’s Socceroos scarf which we hang on the television or put around our neck.”

Their daughter Bronwyn, Jack’s sister, is to meet up with them in the near future and also visit the memorial site.

Russian nationals Igor Girkin, Sergei Dubinsky and pro-Moscow Ukrainian Leonid Kharchenko were each found guilty of murder and unlawfully causing the crash of the aircraft, having helped to arrange and transport a Russian army BUK missile system into Ukraine that was used to shoot down the plane.

A fourth man, Russian national Oleg Pulatov, who had legal representation at the trial and made a video statement in which he said he was not guilty, was acquitted after judges found no evidence he contributed to the use of the missile launcher involved or could have stopped it.

The men were tried in absentia – a criminal proceeding when the defendant is not present in the court – since they are still at large. They are all believed to be in Russia or Russian-occupied parts of Ukraine and are unlikely to face jail unless they travel abroad.

Jane Malcolm, from Summer Hill, who lost her mum and step-dad, Carol and Michael Clancy on the flight also welcomed the judgement. The Illawarra school teachers boarded MH17 returning from the “trip of a lifetime” to celebrate their retirement. 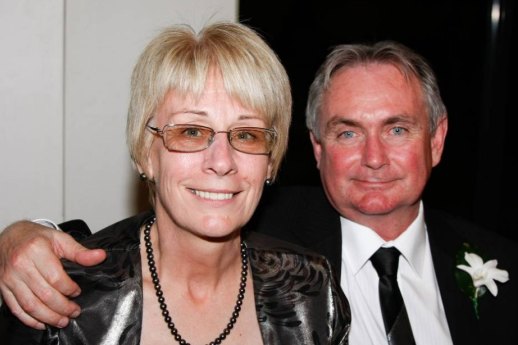 Carol and Michael Clancy who were on MH17.

She said: “We knew Pulatov [the fourth man accused who was acquitted after judges found no evidence he contributed to the use of the missile launcher involved or could have stopped it] was going to be a hard one to get. I was pretty happy with three out of four.

“What I really wanted to see was that the evidence really laid out in a clean and concise way showing the Russian Federation’s involvement. Every time you ask them what happened [Russia] tell you a different story, so it was good to see the court just thoroughly debunk them. It was good to see the court acknowledge not just what they did but what they did to the families as well by lying about it and just the cruelty. 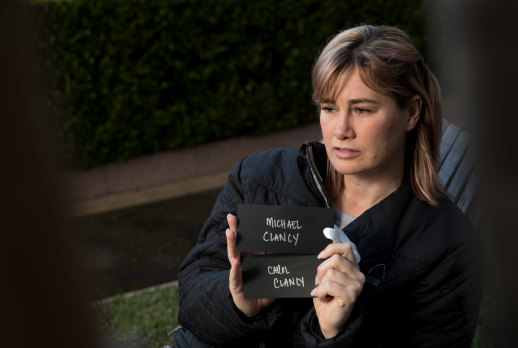 Jane Malcolm with names of her mum, and step-dad, Carol and Michael Clancy, which were hung outside of the Russian Consulate in Sydney in 2019.Credit:Janie Barrett

“The truth about what happened is all we can hope for at this point in time. At the moment the evidence will not lead to a prison sentence but maybe at some point in the future it will lead to someone actually experiencing the consequences. I don’t think [President Vladimir] Putin cares one way or another but one day he may not have a choice.”