VIRUS chief Anthony Fauci has been dubbed a "child abuser" in a furious backlash after he said children should wear masks outdoors.

Joe Biden's medical adviser said unvaccinated kids were at "high risk" – even though they are more likely to be hit by lightning than die of Covid. 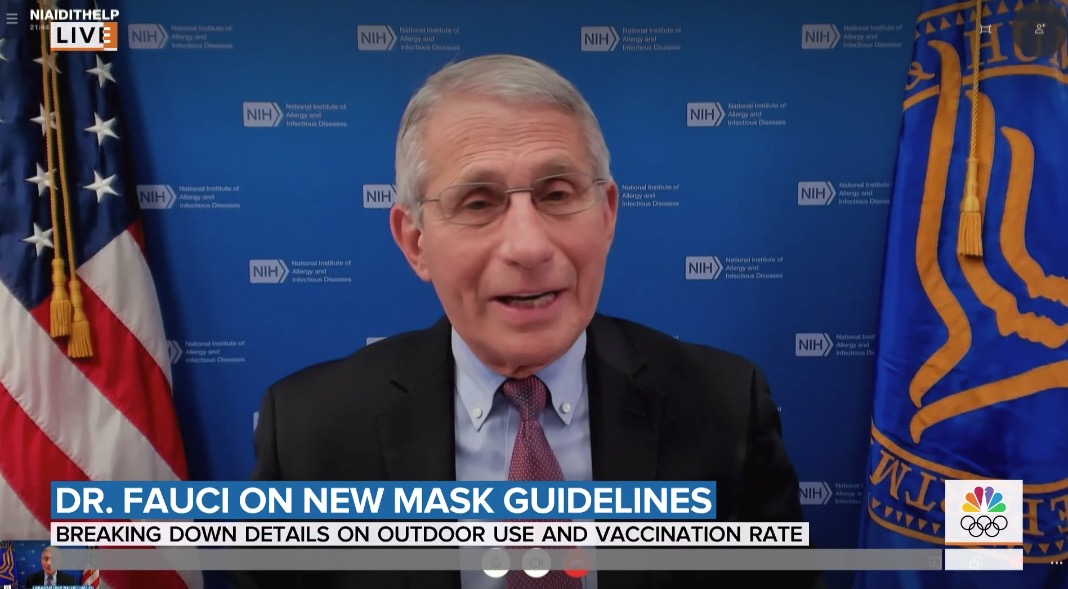 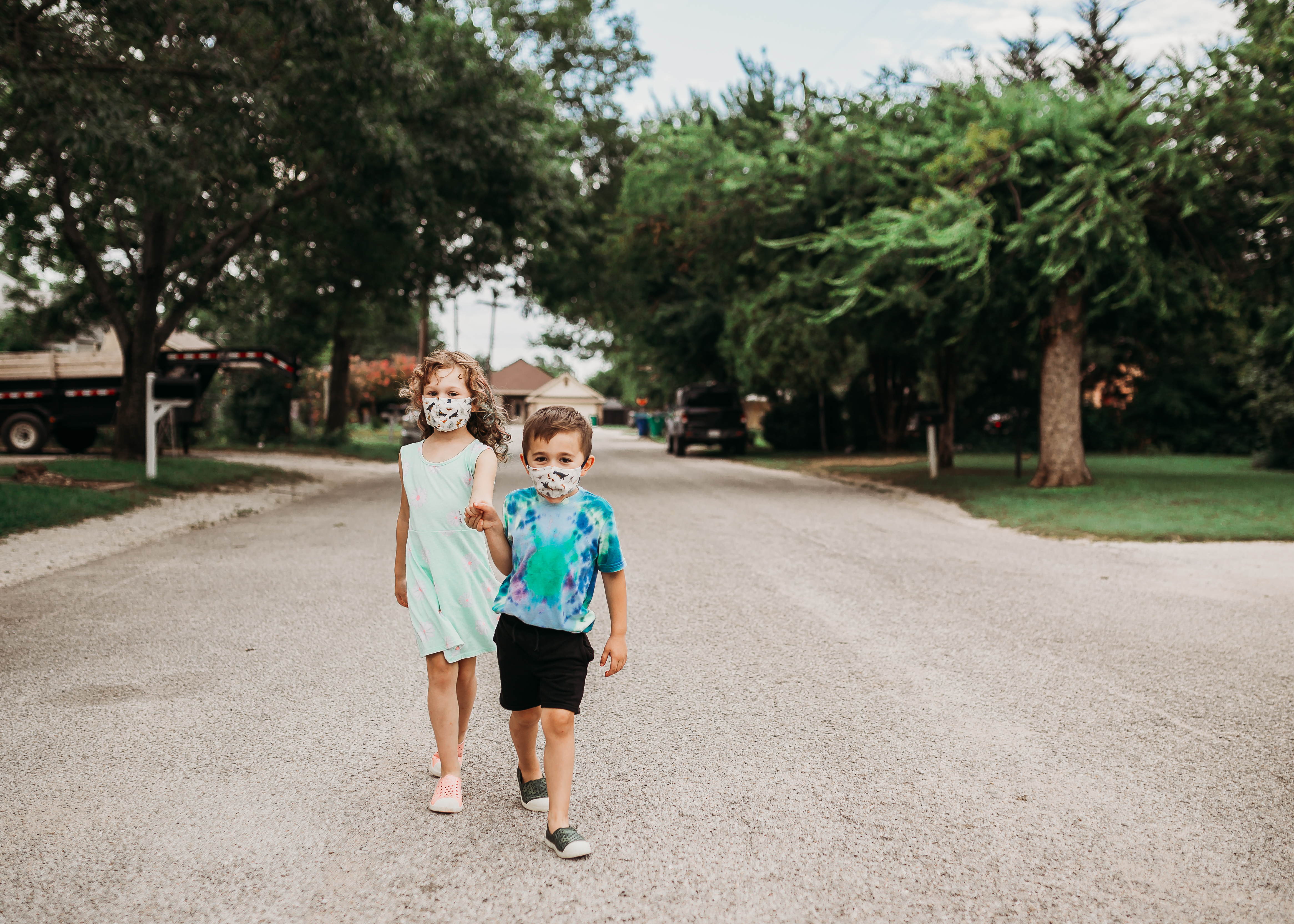 Dr Fauci, the nation's top public health expert, was quizzed about CDC guidelines on face masks in an interview on NBC's Today.

Updated advice on Tuesday says fully vaccinated adults can safely go outside in small groups without a face mask.

Those under 16 are not yet being given the vaccine so should continue to cover their faces indoors and out.

Asked how much longer kids would have to wear masks in playgrounds, Dr Fauci said: "Well, first of all, kids will ultimately end up getting vaccinated.

"But you want to have some activity in that direction before they do (unmask).

"Children can't get vaccinated now and for that reason they are more at risk of getting infected because they are out in the community where there is a lot of infection.

"When the community level starts to go way down, the risks to everybody including the children is going to be dramatically diminished." 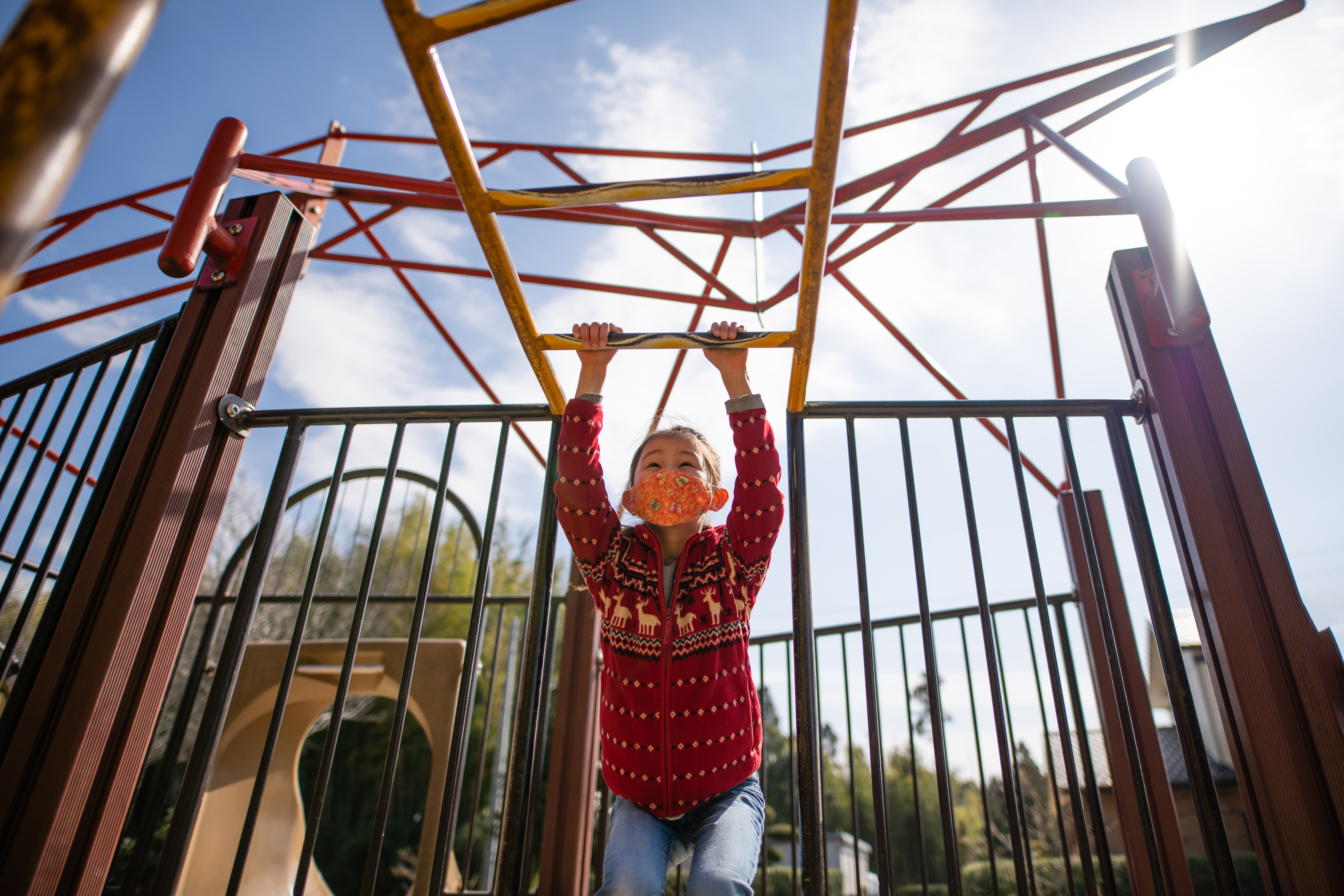 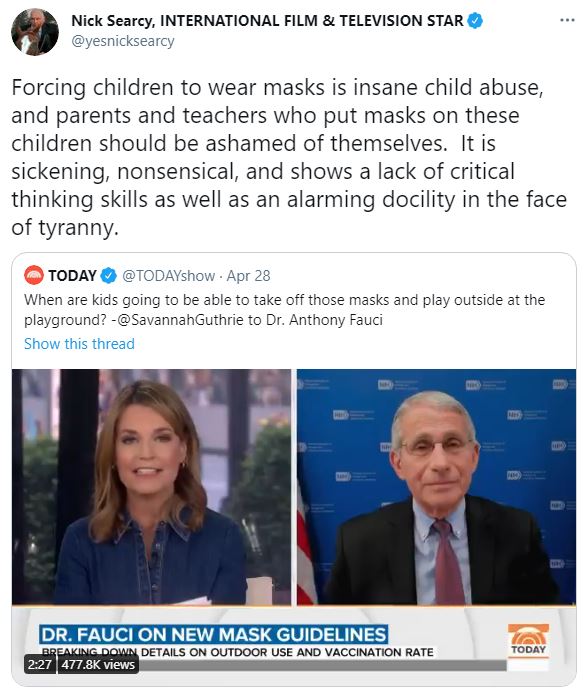 Host Savannah Guthrie said the advice was "confusing", saying she could walk down the street without a mask but her daughter had to wear one.

Dr Fauci said: "If your child is a member of your household, can you walk outdoors with your child, without wearing a mask – the answer is yes."

In fact the CDC guidance says Guthrie should also wear a mask as she has not had two jabs.

"This is total, complete, blood-boiling nonsense," she tweeted.

"(It) contradicts Fauci’s comment on Sunday that 'The risk when you’re outdoors – which we have been saying all along – is extremely low'.

"It’s low for everyone but especially for kids. Stop listening to this man."

Markowicz also tweeted at Savannah Guthrie: "You know his answer is complete rubbish. How do you not press him on it? 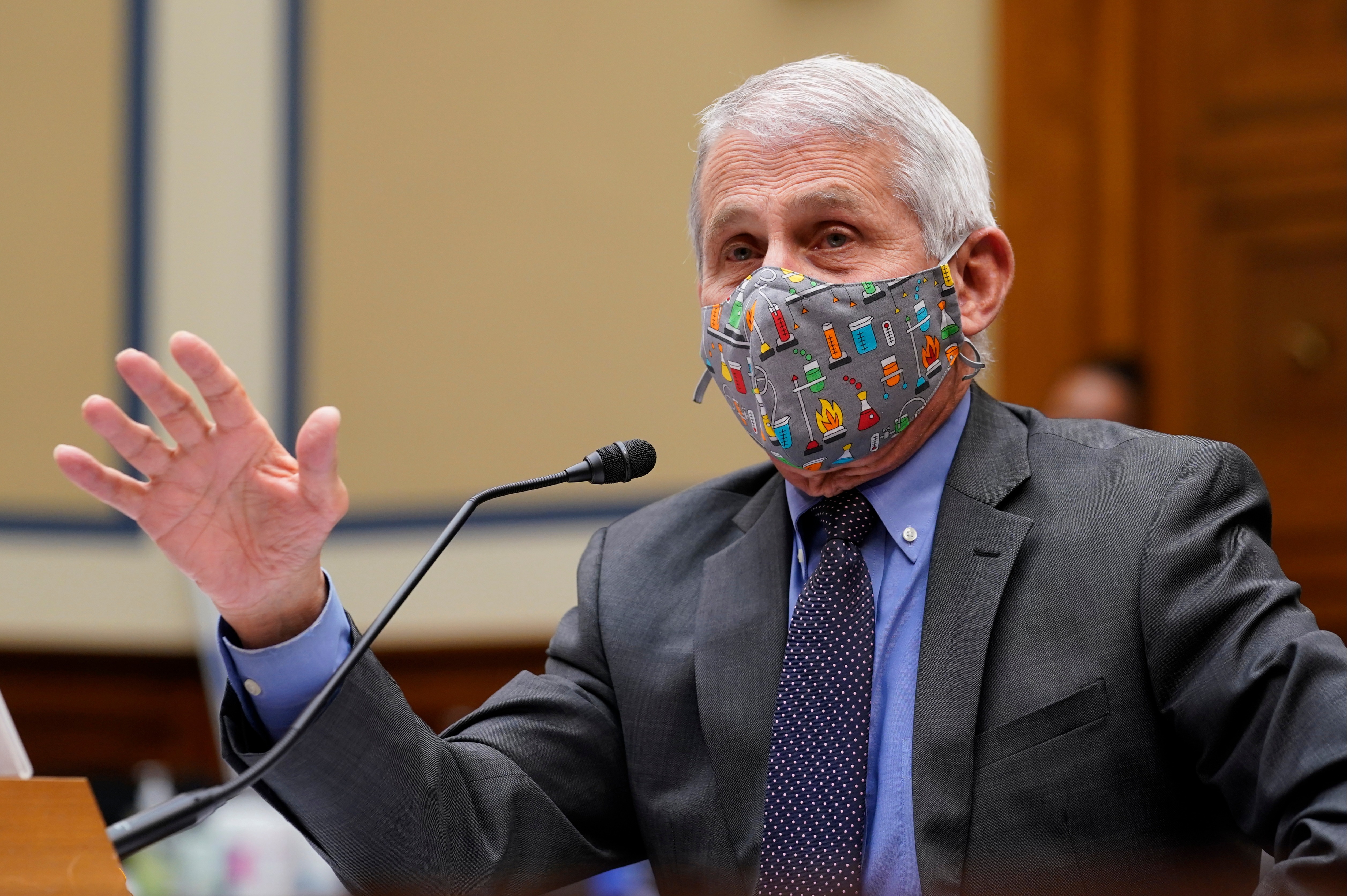 Actor and director Nick Searcy said: "Forcing children to wear masks is insane child abuse, and parents and teachers who put masks on these children should be ashamed of themselves.

"It is sickening, nonsensical, and shows a lack of critical thinking skills as well as an alarming docility in the face of tyranny."

Earlier this week Dr Fauci, 80, had a public spat with $100million Spotify star Joe Rogan who said young people should not get vaccinated.

Fauci hit back at the podcaster, saying healthy people with no symptoms can still spread Covid to others who might fall seriously ill.

He said sarcastically: “So if you want to only worry about yourself and not society, then that’s OK.”

He said Covid rules were not a "civil liberties issue" after an unseemly shouting match on Capitol Hill.

Fauci also weighed in on gun control, which he called a "public health emergency."