CHINA has reportedly shipped thousands of urns to the coronavirus ravaged city of Wuhan as questions were raised by Donald Trump over the nation’s death toll.

Pictures published by respected Chinese media outlet Caixin are said to show thousands of urns being delivered on the back of a truck to a funeral home. 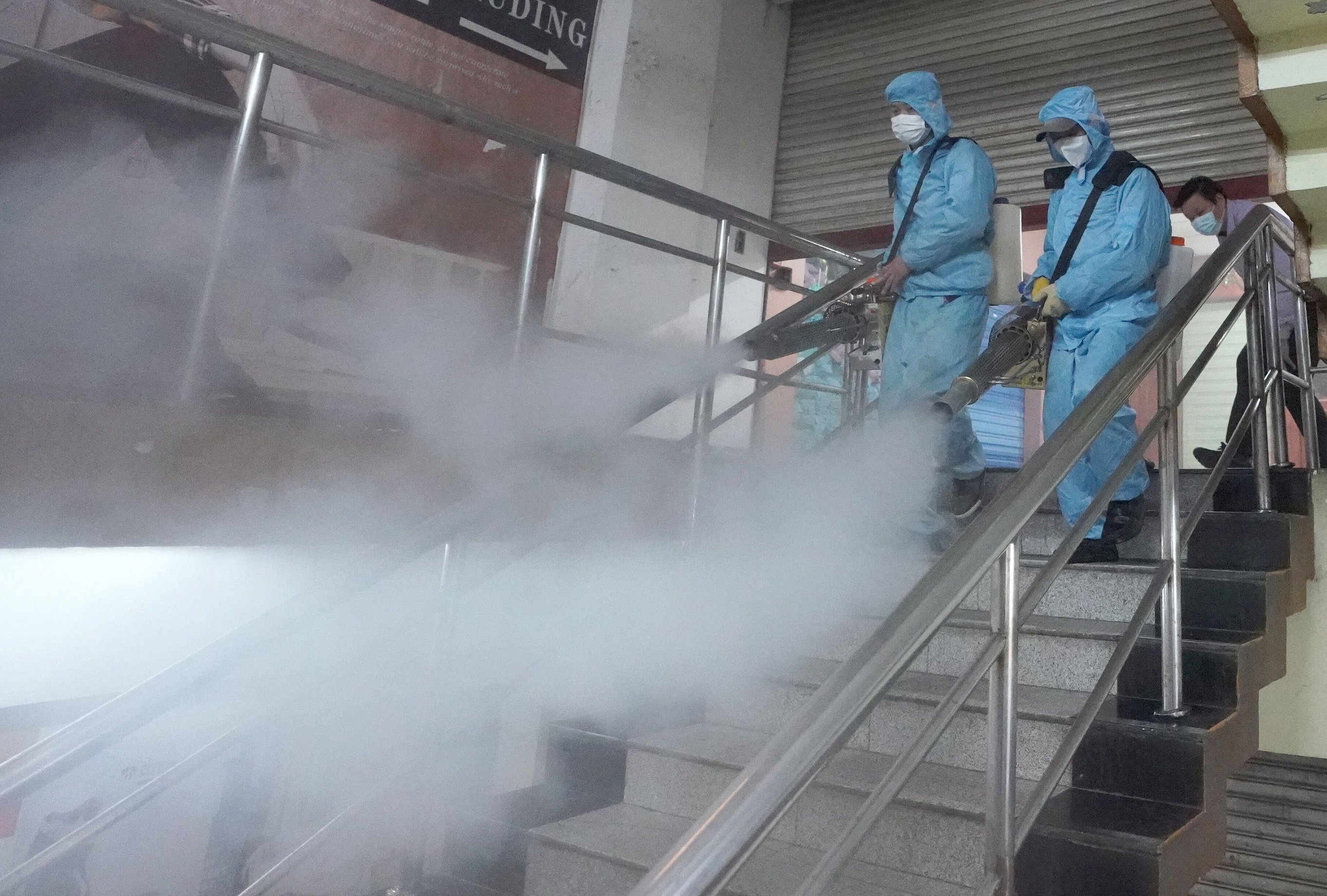 Reportedly about 2,500 urns were delivered to the site on Wednesday and Thursday, while another photo is said to show 3,500 urns stacked up inside.

It is unclear how many of the urns have been filled, and the total figure for the deliveries is between 5,000 and 8,500.

Meanwhile, the official death toll for Wuhan issued by the Chinese government is just 2,535 people from 50,006 coronavirus infections.

Questions have been raised over whether China has accurately reported its coronavirus death toll.

President Trump questioned the regime’s numbers as the US overtook the state as having the highest figure in the world, with more than 85,000 confirmed cases.

Families of those who died in Wuhan have been allowed to start collecting their cremated remains from eight funeral homes, reports Bloomberg.

Officials who reportedly answered the phone at six of the eight funeral homes in Wuhan declined to disclose numbers of urns to be collected.

Chinese media reports some families had been waiting for up to five hours to pick up the ashes of their loved ones.

Lockdown in Wuhan has been eased, and is expected to be lifted in April, as China boasted it has no new recorded cases of the virus.

Coronavirus continues to spread across the world with more than 542,000 cases and over 24,000 deaths. 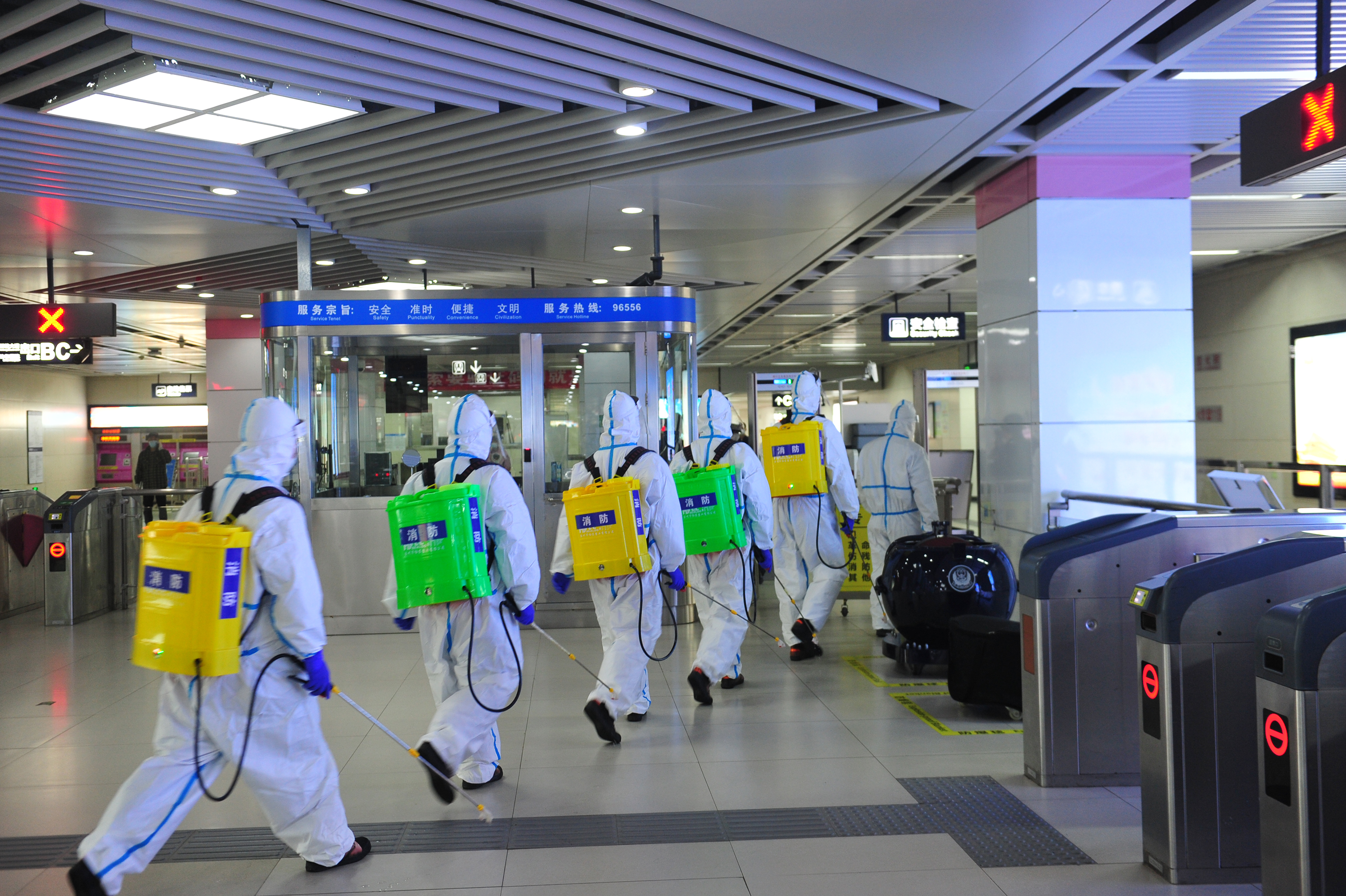 Caixin reports many people who died of Covid-19 symptoms were not included in the official tallies as they had not been tested.

Urns are reportedly being distributed at a rate of 500 a day up until the Tomb Sweeping Day holiday festival on April 4, in which citizens celebrate their ancestors.

The New York Times reports that government censors have already begun to delete images from funeral homes of social media.

China has faced criticism over attempts to downplay the early stages of the outbreak and repeated revisions of the way cases are recorded in an alleged bid to alter the numbers.

Chinese officials reportedly only count patients with both symptoms and a positive test in their official tally of confirmed cases.

Trump questioned the accuracy of the Chinese figures as the US became the epicentre of the global outbreak.

He said the American number was down to the increased number of tests being carried out.

Speaking to reporters at the White House, he cast doubt over the authenticity of the Chinese case figures.

He said: “Number one, you don't know what the numbers are in China. China tells you numbers.

"But you just don't know — you know, what are the numbers?"

President Trump boasted health authorities in the US are testing “tremendous numbers” and added “I'm sure you're not able to tell what China is testing or not testing. I think that's a little hard”.

His comments came before he spoke to Chinese leader Xi Jinping on the phone.

And in a change of tone, he gave a glowing assessment of co-operation on tackling coronavirus between the US and China.

Coronavirus originated in Chinese city of Wuhan before spreading around the world as a pandemic.

"Discussed in great detail the CoronaVirus that is ravaging large parts of our Planet.

“China has been through much & has developed a strong understanding of the Virus. We are working closely together. Much respect!”

Chinese authorities have been celebrating their success in stopping the virus and are now offering support to other nations.

Chinese premier Li Keqiang even urged his local officials not to “cover up” new cases of the virus at a meeting of the government's coronavirus action group. 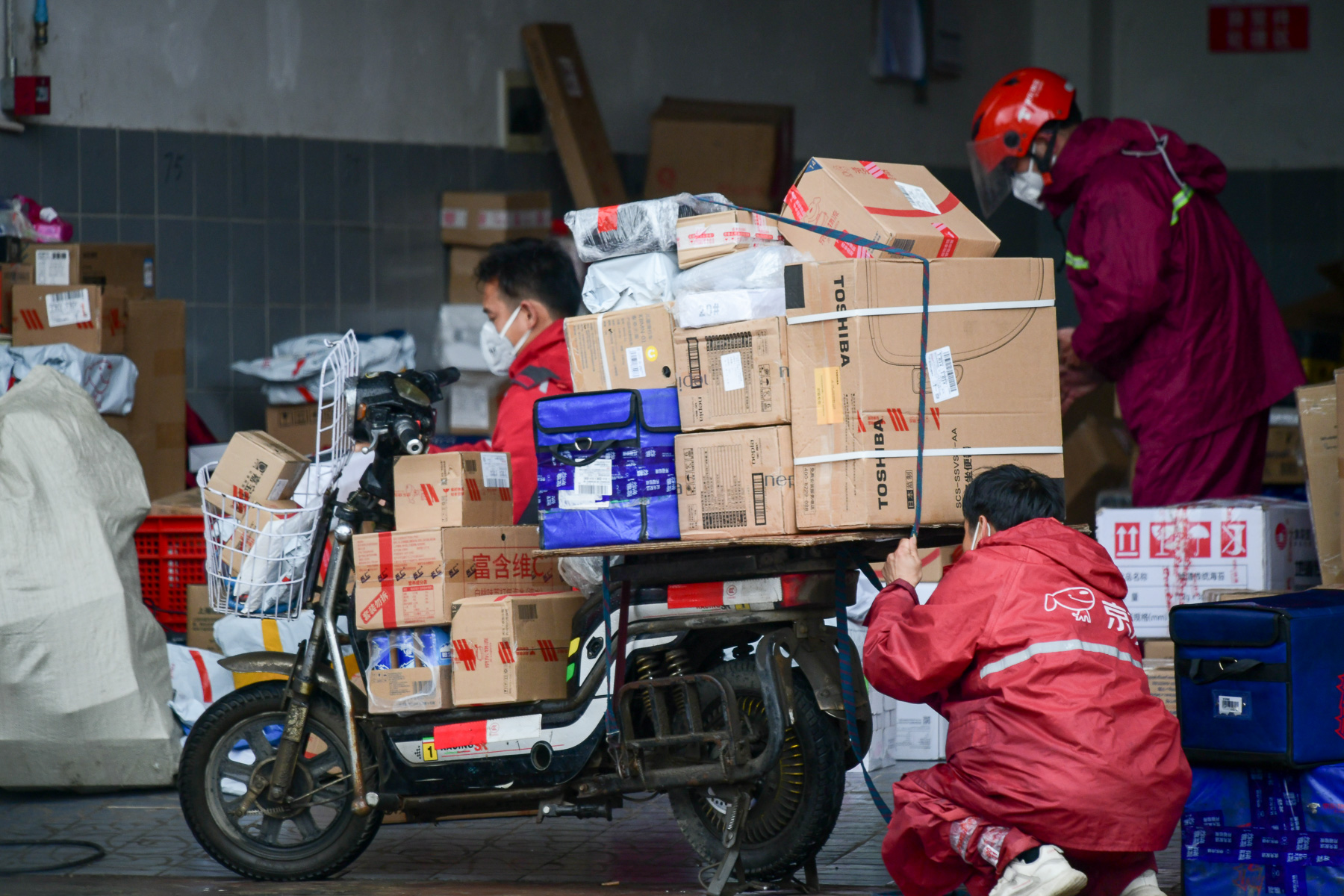 Various disturbing reports have emerged over the past few months however from Wuhan – fueling speculation about a potential cover up.

Hong Kong’s public broadcaster RTHK on Monday reported that hospitals in Wuhan have been refusing to test patients who showed symptoms to keep numbers down.

Japanese outlet Kyodo News reported that the numbers had been “manipulated” before President Xi visited Wuhan a few weeks ago.

The Epoch Times reported last month that crematoriums in the city were burning at least 100 bodies a day to tackle the coronavirus outbreak.

And numerous unverified videos and pictures emerging on Chinese social media allegedly showed a city with overwhelmed hospitals and body bags stacking up in makeshift morgues.

No evidence has definitively shown that China’s death toll is higher than the official figures. 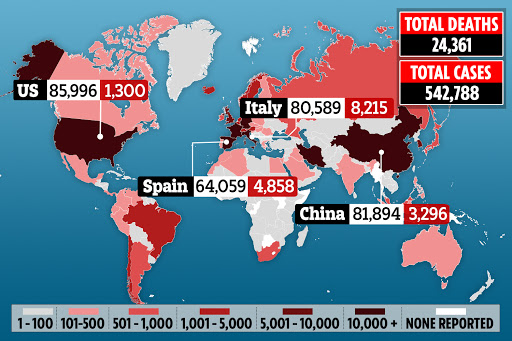 US congressman Michael McCaul also accused China of the “one of the worst cover-ups in human history” this week while speaking on Fox News.

He accused the Communisty Party of a “systematic whitewash” and called for an international investigation to “hold the Chinese government to account”.

Mr McCaul, a Republican member of the House Foreign Affairs Committee, said: “Now we have a global pandemic that originated out of Wuhan.

“They allowed millions of people to come to Wuhan to celebrate their Spring festival.

“Five million of them leading the area and traveling domestically and abroad – they went into laboratories and shut them down – destroyed laboratory samples and they detained eight of the doctors trying to speak the truth about what really happened in Wuhan.”

Despite the speculation however, the World Health Organisation last month praised China and President Xi for their handling of Covid-19.

Speaking to the FT, he added: “Nobody knows for sure if they were hiding [anything].

“The logic doesn’t support the idea [of a cover up]. It’s wrong to jump to conclusions.”

Meanwhile, Prime Minister Boris Johnson today tested positive for coronavirus as Britain continues to fight against the virus with the death toll rising to 759. 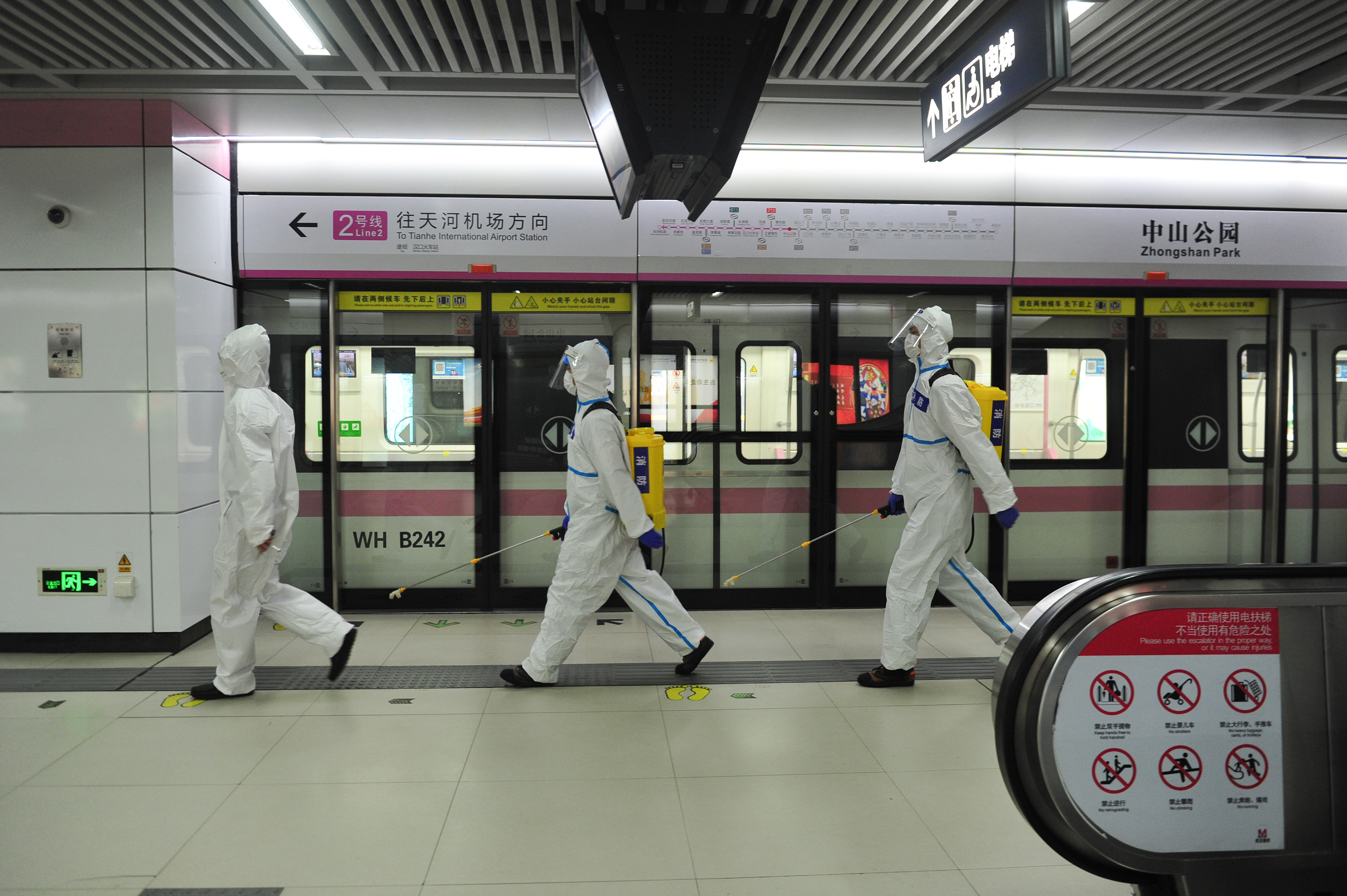