Not so Smart! Female driver plunges 35ft down a LIFT SHAFT in her tiny car after mistaking it for a parking space

A Smart car driver plunged 35ft down a lift shaft after she apparently mistook an elevator for a parking spot in an underground car park.

The 38-year-old driver from the German city of Stuttgart had been looking for a space when she rammed the closed door of the elevator.

Then as they burst open, she fell down the shaft with her car landing upside down at around 10.30am on October 8. 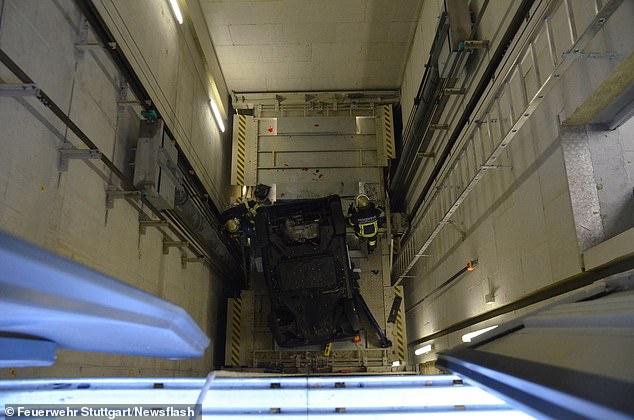 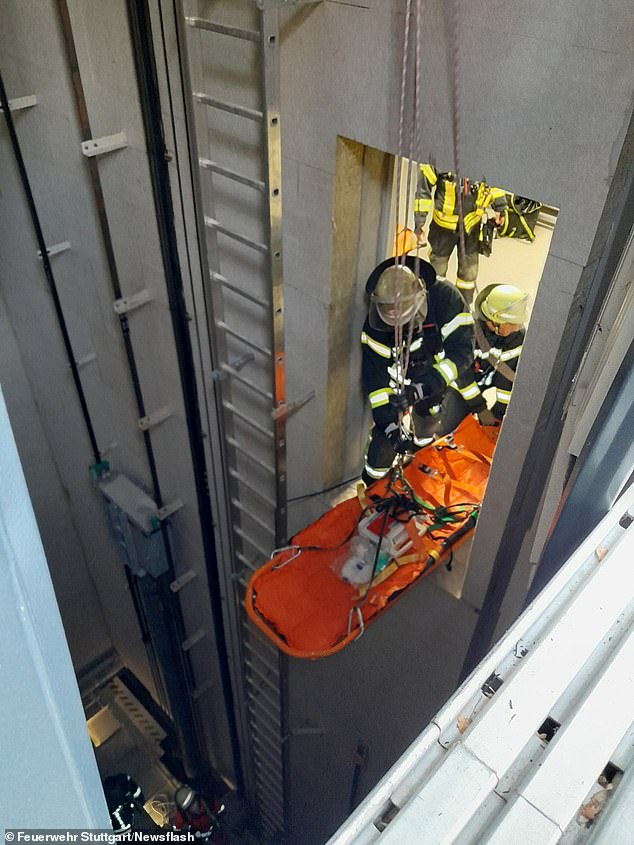 Firefighters work to rescue the driver of the tiny Smart car, a 38-year-old woman

After she managed to free herself, the woman immediately called local firefighters for help.

A Stuttgart Fire Department spokesperson said: ‘The woman was able to climb out of her Smart and make an emergency call with her cell phone.’

Two firefighters abseiled down and strapped the driver to a stretcher.

After she received first aid, other firefighters then pulled her up to safety. 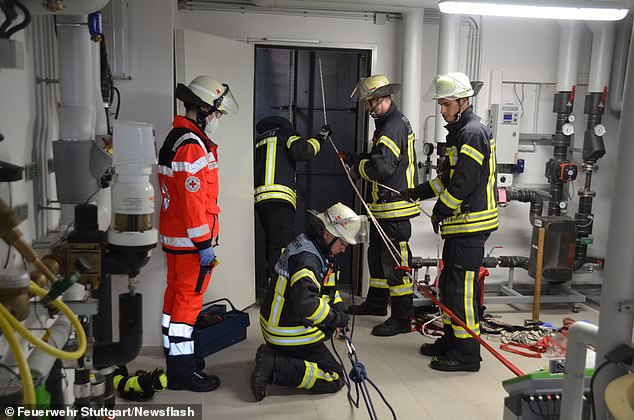 Press and Public Relations Officer Daniel Anand said in a statement: ‘After being rescued from the elevator shaft, the person was handed over to the rescue service and taken to a hospital for further treatment.’

The driver later told Germany’s Bild newspaper: ‘I have no idea how that could have happened. Physically, I’m fine again.’

Firefighters later blocked up the demolished elevator door with wood and the elevator was taken out of service.

Specialists were called to bring the crashed Smart car to the surface.