A female air passenger was tied to her seat with rope and duct tape after repeatedly taking off her underwear on a Russian flight.

The 39-year-old, thought to be under the influence of drugs, got out of her seat soon after the jet took off and started wandering aimlessly around the cabin.

Within 15 minutes of departure from Vladivostok she was taking off her clothes and putting them back on again while appearing ‘disoriented’ and ignoring the cabin crew’s orders.

Fearing for her safety as well as their own comfort, some of the other passengers teamed up with flight attendants to restrain the woman in her seat. 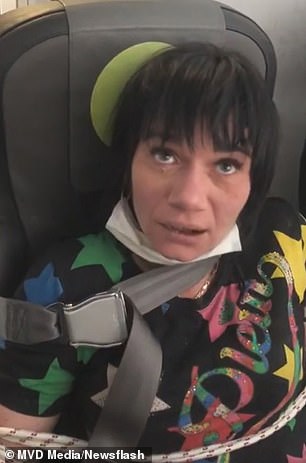 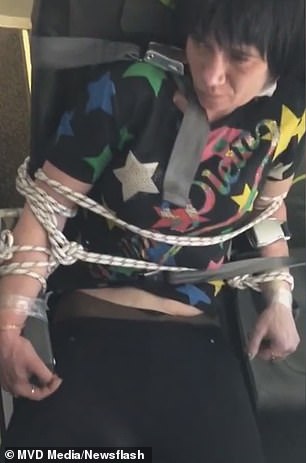 Restrained: This female air passenger was tied to her seat with rope and duct tape after repeatedly taking off her underwear on a Russian flight

Footage shows the woman tied up in her plane seat with rope, sticky tape and a seatbelt to stop her getting up or taking off her clothes.

She was kept in her restraints until the plane landed at Novosibirsk’s Tolmachevo airport, at which point she was hauled away and arrested, Russian media says.

After the transport police took her to a police station she admitted to having used a synthetic drug before boarding the jet in Vladivostok, authorities said.

Further footage shows her emptying the contents of a handbag at what looks like a police station.

The woman was also taken for a medical examination to work out exactly how intoxicated she was, Russia’s interior ministry said.

She faces low-level charges of ‘petty hooliganism’, according to the interior ministry. A police investigation is ongoing. 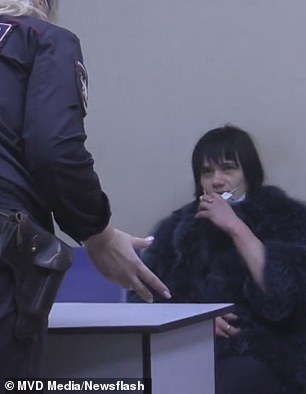 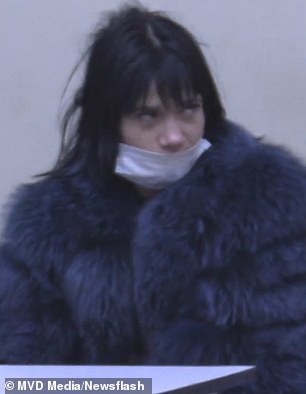 The woman was arrested after the plane landed at Novosibirsk’s Tolmachevo airport, and was later sent for a medical examination