London: This wasn’t quite the bloodbath the polls had promised. Boris Johnson, it seems, is not as much on the nose as first thought. Not outside London anyway.

Britain’s local elections have over the years become a barometer for how the government is travelling. But the truth is that they’re as much about rubbish collection as shenanigans at Westminster. Things were forecast to be much worse for the Conservatives.

But things aren’t rosy either. 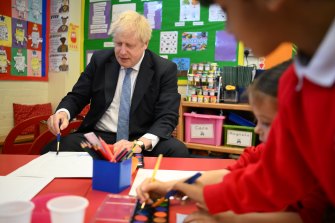 Johnson admitted it had been a “tough night” after almost 400 Conservative seats were lost. The totemic councils of Wandsworth and Westminster fell to Labour, while the Liberal Democrats made “Blue Wall” inroads – constituencies in southern England which have traditionally voted Conservative – that will worry Tory MPs.

Many local Tories stayed home after last month’s tax rises, sleaze scandals and accusation Johnson misled parliament over whether he broke the strict COVID restrictions he’d asked the British people to follow. Police last month ended any doubt by issuing a £50 ($87) fine for attending his own surprise birthday party.

But this wasn’t the result Labour wanted either. 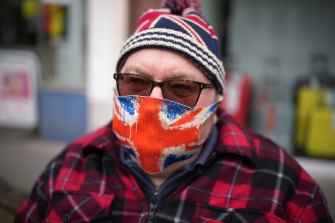 British voters are proving hard to read after the latest local elections.Credit:Getty

Gains that Sir Keir Starmer had hoped for in the “Red Wall” – a set of constituencies in mainly in the Midlands, Northern England and North East Wales which historically supported Labour but switched to Johnson in 2019 – failed to materialise. And Starmer – having called for his counterpart to resign over being fined for attending a party during lockdown – is now at the centre of his own political storm as Durham Police opened an investigation into his own alleged breach of COVID restrictions last year.

There was no outright joy – or major disaster – for either major party leader in a set of results that emphasised how much is to play for before the next general election, due in 2024, and how voters do not seem fully convinced by their offerings.

Turnout was low and while those Conservatives who lost their seats are blaming Johnson, it appears the results reflect the continuation of a shift that all western democracies are facing around the world.

The highly qualified professional classes in inner cities are leaning left now while working-class voters – from manual labourers to those employed in clerical jobs – are increasingly alienated and flirting with the far-right.

The divide between the haves and have-nots relates not only to wealth but is also a cultural split.

Amid this backdrop, a result like this in two years’ time would put a Conservative government in jeopardy.

Most likely a hung parliament would result with the Tories in minority begging the Liberal Democrats and Scottish National Party to support Johnson. Because of the personal animosity and hatred towards Johnson among the political elite this is an unlikely scenario.

London – with a high population of tertiary educated, pro-Europe voters – either loves Labour or it hates Tories. Labour now dominates local councils by winning 62 per cent of councillors across the 18 declared boroughs, up from 55 per cent before the election.

Four of the party’s seven gains occurred within miles of each other, including Wandsworth and Westminster, which had been in Conservative hands for decades.

But outside of London, the post-Corbyn Labour leadership failed to ignite the voters. Its gains were not enough to convince Starmer’s doubters that he has what it takes to win a general election.

Johnson acknowledged a “mixed set of results”. He is aware that he’s on his ninth political life and cannot survive another significant hit. A looming independent report into his own COVID breaches could finish him.

But for now, he survives. Facing calls from defeated Tories to resign, he is promising to listen.

“The big lesson that I take from this is that this is a message from voters that what they want us to do above all, one, two and three, is focus on the big issues that matter to them, taking the country forward and making sure that we fix the post-Covid economic aftershocks… fix the energy supply issues… and keep going with our agenda of high-wage, high-skill jobs. That is what we are focused on.”

Johnson is on notice. The question is whether he can salvage the ship.