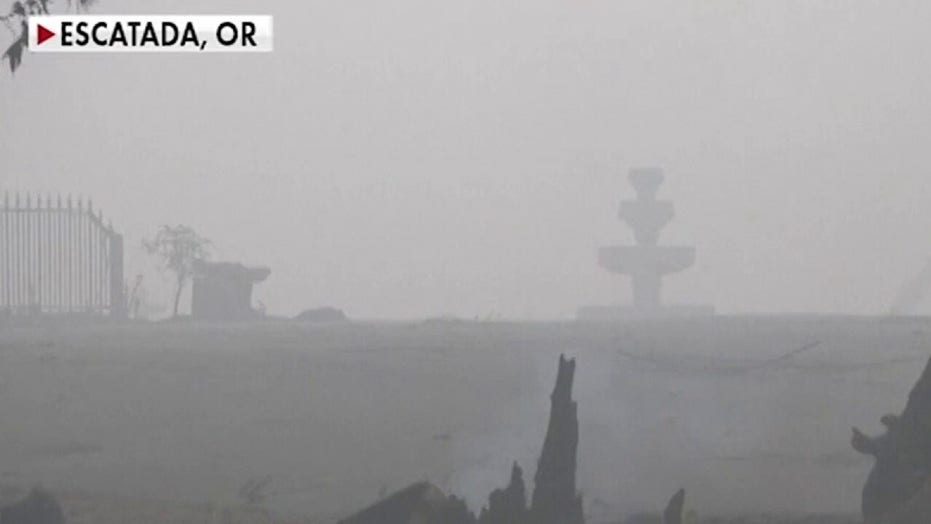 Fox News correspondent Christina Coleman was reporting from Monrovia, Calif., Saturday on wildfires raging along the West Coast when a brown bear unexpectedly wandered into her live shot.

"To talk about the wildlife that we mentioned, the woman that we interviewed said she was concerned about it – take a look over here, here is a brown bear that is just making its way through this neighborhood," Coleman said, as the animal walked behind her.

Suddenly, it bounded through some brush in the neighborhood toward Coleman, who stepped away before finishing the report.

A resident told Coleman earlier in the report that she is concerned about wildlife in the area, which is next to the Angeles National Forest.

"I love the animals, the wilderness, and I'm just so sad that everything is getting burned, and all these wild animals, the deer and all the bears, it's just ruining this beautiful, beautiful place," the woman told Coleman.

Dozens of fires raging across the West Coast have killed at least 28 people and forced tens of thousands to evacuate. In California alone, fires have scorched 4,375 square miles.