Hero PCSO dies of coronavirus: Brave officer, 66, who swim 800ft into the North to save four teenage girls being swept away in dinghy dies from bug in hospital four years later 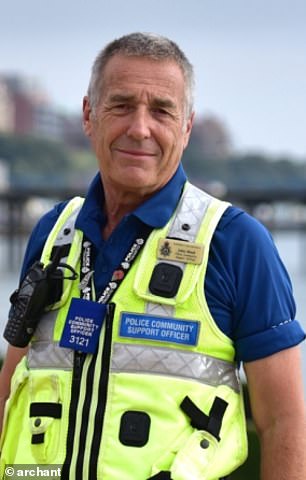 John Hood was hailed a hero for rescuing four 15-year-old girls from the North Sea when their rubber dinghy was swept away in 2016.

He stayed in self-isolation for just over a week after contracting the bug which has killed 1,408 in Britain alone.

When his condition worsened, Mr Hood – who had diabetes and a heart condition –  was admitted to Ipswich Hospital. He died in hospital last Tuesday.

Mr Hood, of Felixstowe, Suffolk, was praised in September 2016 when he swam 250m out to sea at Felixstowe to save the four girls.

He was handed a Stars of Suffolk award for carrying out the rescue despite having had a pacemaker to correct a slow heartbeat.

He said at the time: ‘I could have stayed on the beach and called the Coastguard, but I know I am a strong swimmer, I know the water and I made a decision to go in.’

Mr Hood served as a PCSO with Suffolk Constabulary between 2007 and 2018. 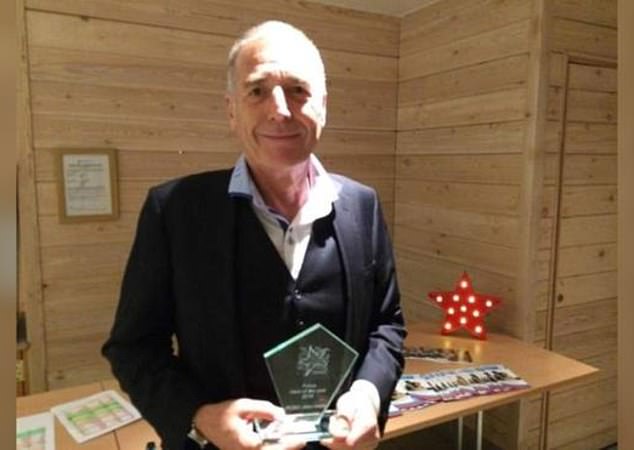 Mr Hood, of Felixstowe, Suffolk, was given a Stars of Suffolk Award (pictured) in September 2016 when he swam 250m out to sea at Felixstowe to save four girls who were swept out to sea on a dinghy

His partner Nita Crossley who lived with him and is now isolation described him as a ‘kind, generous and courageous man’.

She added: ‘He lived life to the full and he will be hugely missed.’

Mr Hood was from Dunedin, New Zealand and came to the UK in 2004 with his former partner who was returning to her native Suffolk.

He had previously worked as a radio presenter in New Zealand and Australia,

Mr Hood was involved in local amateur theatre as a talented director and actor. 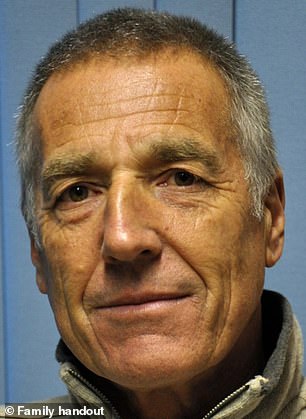 Mr Hood stayed in self-isolation for just over a week after contracting the bug which has killed 1,408 in Britain alone

He also loved the outdoors and had been a keen triathlete in his earlier life in Australia.

She added: ‘John had a big heart and made an impression on everyone he met. His great passions were rugby, his native New Zealand, music and theatre.

‘He also loved Suffolk as his adopted home and was looking forward to enjoying more of it with Nita.’

She added they were thankful to all the NHS staff for the help they gave John and urged people to listen to Government advice to stop the spread of the virus.

‘We’re very grateful to the paramedics and the staff at Ipswich Hospital for the care they gave John while he was battling this terrible virus,’ she said.

‘They’re doing an incredibly difficult job and no praise is too great for them.

‘Our hearts go out to other people who have lost loved ones and we urge people to do everything they can to stay safe.’

Suffolk Chief Constable Steve Jupp spoke of his sadness at the news on Twitter.

He wrote: ‘On behalf of Suffolk Constabulary, Suffolk Police send condolences to John’s family and friends, thinking of you at this sad time.’