RESIDENTS have slammed a high-rise building site overlooking their homes – claiming that developers are making their lives “hell.”

Two-storey containers have been built on the edge of Exeter’s former ambulance station and are towering over a row of homes next door. 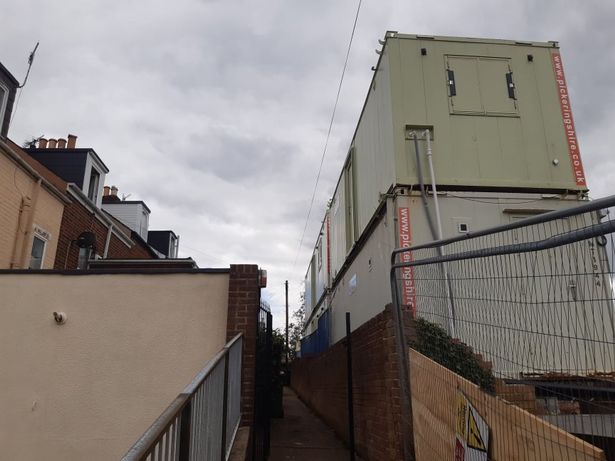 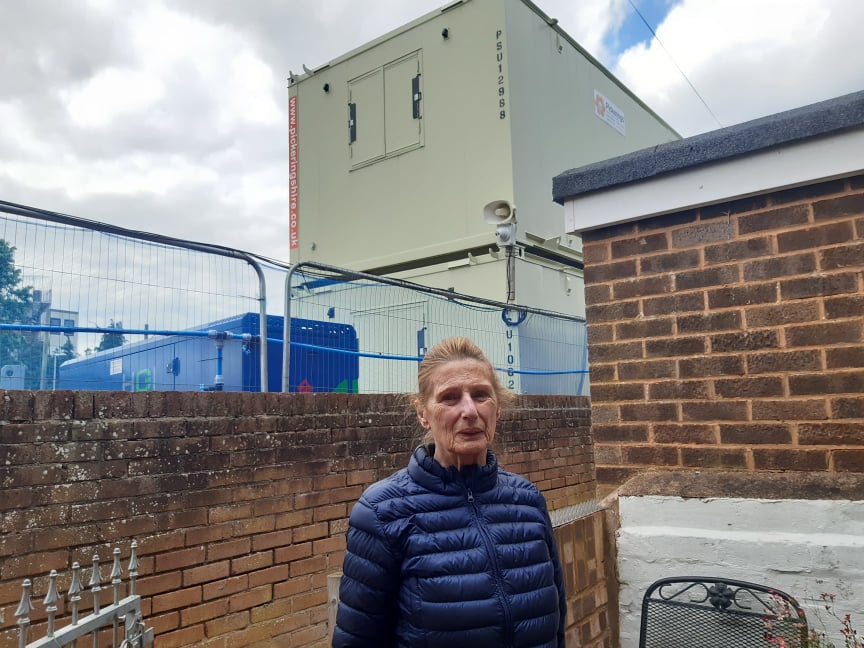 Developers are planning on building 134 “co-living” and communal living studios, but the high rise temporary buildings have caused neighbours to lose sunlight and privacy.

Residents who live at the properties on Sandford Walk, in Devon, have complained about having to look onto the eyesore.

They have also raised concerned about a septic tank, which was also brought on site last week, and its close proximity to the homes.

But the developer, Watkin Jones, confirmed that it was a temporary fixture and has now been removed from the site.

Locals have been told that the work on the building site won’t be finished until September 2022 at the earliest.

Developers have apologised for the inconvenience, but states that they are unable to move the containers anywhere else on the site. 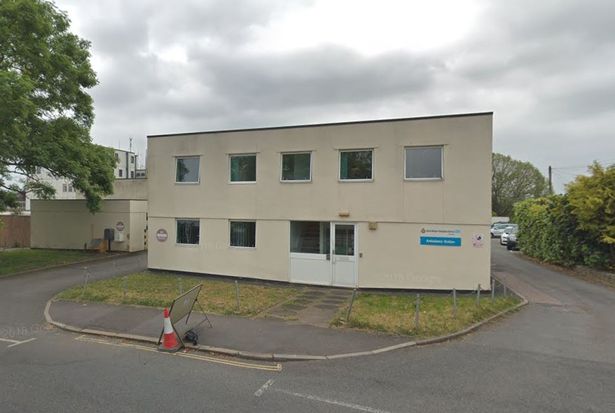 One local Marina Williamson, who has mobility issues, says being able to sit in her back garden used to be a sanctuary.

The pensioner told DevonLive: "It's terrible. My little yard is really important to me because it's difficult for me to go out. They have no right to put them up and block my sunlight.

"I was not warned about it at all. They even block out the light coming through my first floor windows. I have asked them to reduce the level of the containers at least as soon as possible.

"I also didn't want a dirty, filthy septic tank right by my house. I was told it should be seven meters away from properties, but it was placed much closer than that by my home.

"I objected to the plans because it will be detrimental to the residents living here."

Fellow resident, Helga Clarita Western, who is retired, added: "I have lived here for 30 years in peace and tranquillity and now it's horrendous. 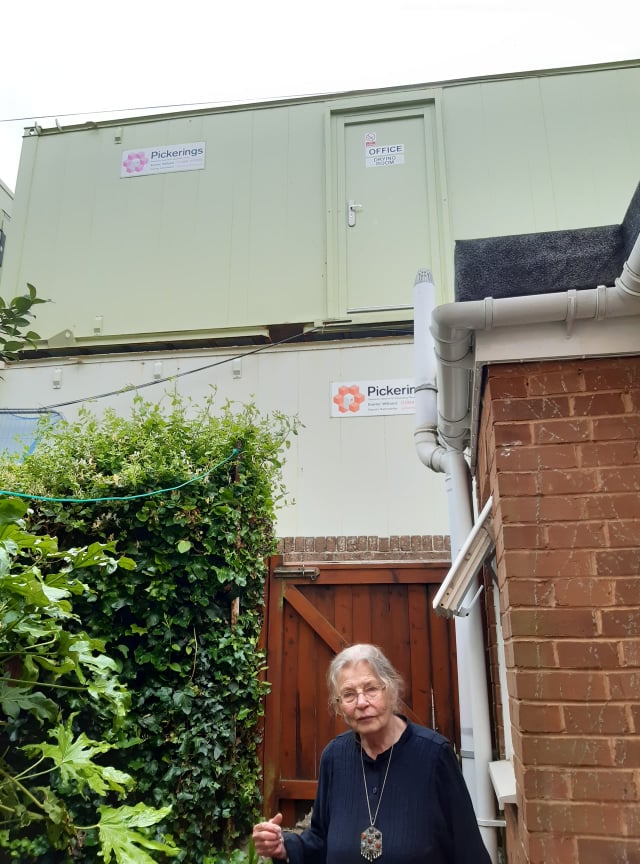 “It's like living in hell. This was our oasis and we are too old to move. The building will be five-stories high and is situated close to our boundary.

"Last week massive containers arrived on the site and have been placed metres away from the rear elevation of my kitchen.

“There's now a total lack of privacy. It is not blocking out all of my sunlight, but it is the first four houses in the row, so their garden plants will die.

"There is an alleyway at the back of our properties and I didn't suffer from claustrophobia until last week when I walked down there after the containers arrived.

“Now I have it because they are so close to the boundary that it is overwhelming. It has become like a prison corridor.

"It's all on top of having to contend with noise pollution from the site. We were not pre-warned about the arrival of the containers and I don't know why they can't put them somewhere less intrusive on the site?"

The proposals for the building site received almost 130 objections from locals.

Devon and Cornwall Police requested that 24-7 onsite management of the development is maintained indefinitely, as is the vetting of potential tenants.

Exeter Civic Society also raised several concerns, including that the five storey height is too tall for the site.

A Watkin Jones spokesman said: “We’re talking regularly to our neighbours and are doing everything we can to minimise disruption as we create these new homes, which people in the city need.

"When concerns were raised about noise, we immediately stopped work and switched to a near-silent groundworks system.

“The cabins were clearly shown on the party wall agreement with the local residents, and we have looked again at other options but there are no other safe locations on the site.

"We are now examining ways to improve the outlook for our neighbours and are sorry for the disruption they are experiencing.

“The septic tank on site was a short-term precautionary measure. It hasn’t and won’t be used as alternatives are now in coming into place.” 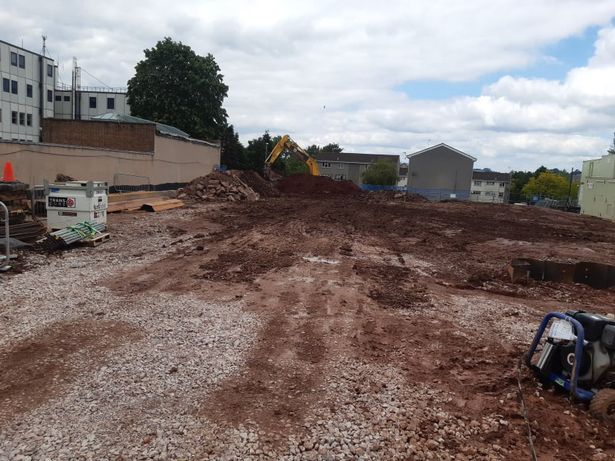