Entire house vanishes into sinkhole in Russian village: Rescue team searches debris for 78-year-old woman who was inside

A house was swallowed when a 25ft-deep crater suddenly opened up in a Russian village.

One of two residents escaped but rescuers were today hunting for a 78-year-old woman amid the debris of the collapsed building.

One of the rescued residents said her aunt was still in the sunken house which fell into a sinkhole some 50ft in diameter. 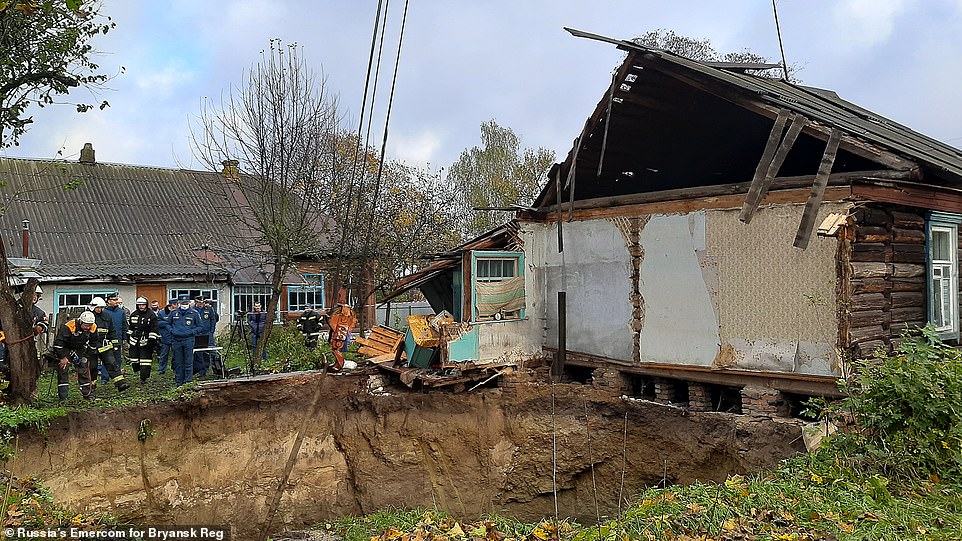 An entire house was swallowed up when an enormous sinkhole suddenly opened in a Russian village. The attached house (pictured above) escaped the fate of its neighbour 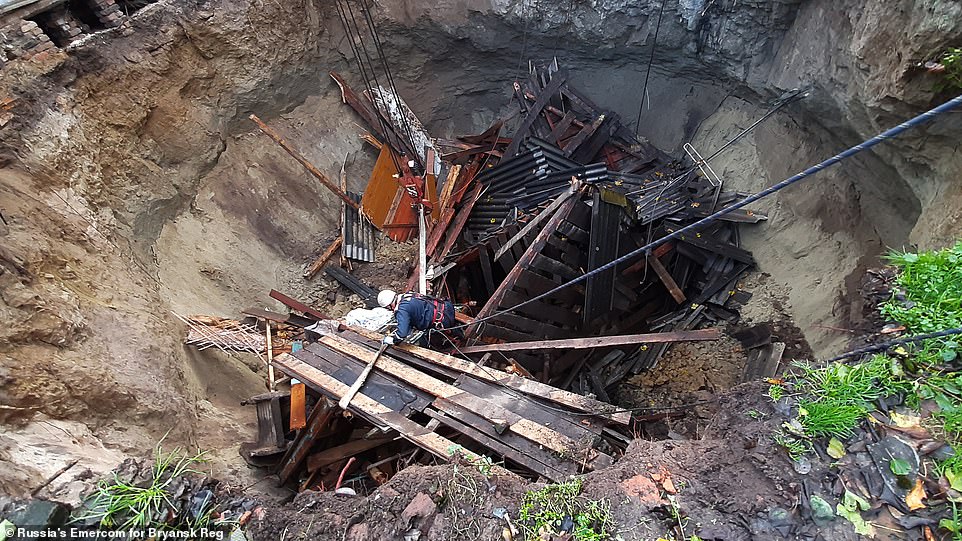 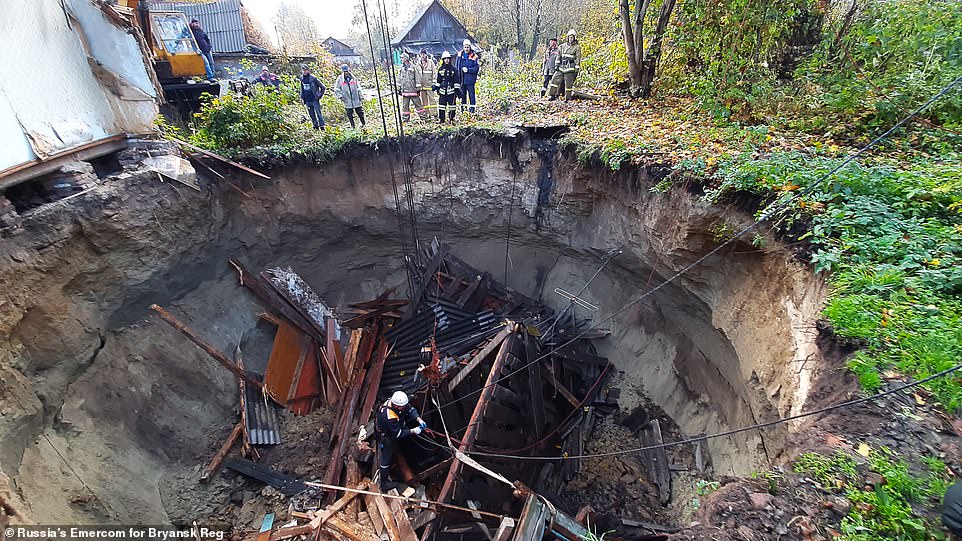 ‘She fell underground with the house’: A survivor told a local newspaper of how her maternal aunt disappeared when the house vanished into the enormous sinkhole

‘She fell underground with the house,’ the survivor told a newspaper in the Bryansk region.

‘She is my maternal aunt.

‘We are waiting for specialists from Bryansk.

‘They will dig right now hoping to find her.’

The sinkhole formed in the village of Vyshkov, the scene of an earlier such incident in 2017.

The attached house in this case was not swallowed by the hole.

‘We still hope for a miracle – that she is still alive,’ he said.

Footage from NTV showed how a crane was brought in to clear the debris. 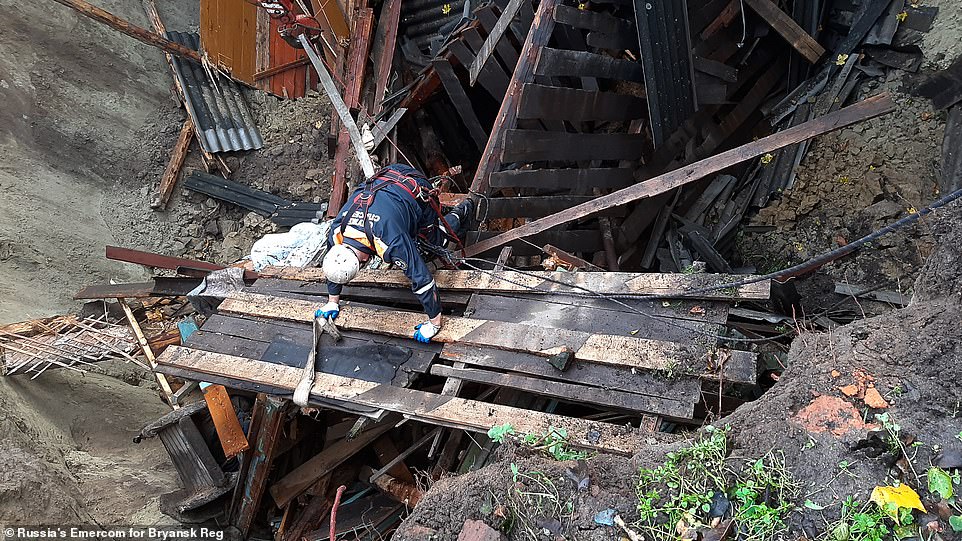 The sinkhole opened up in the village of Vyshkov, which was the scene of an earlier such incident in 2017. The village is located near Russia’s south western border with Belarus 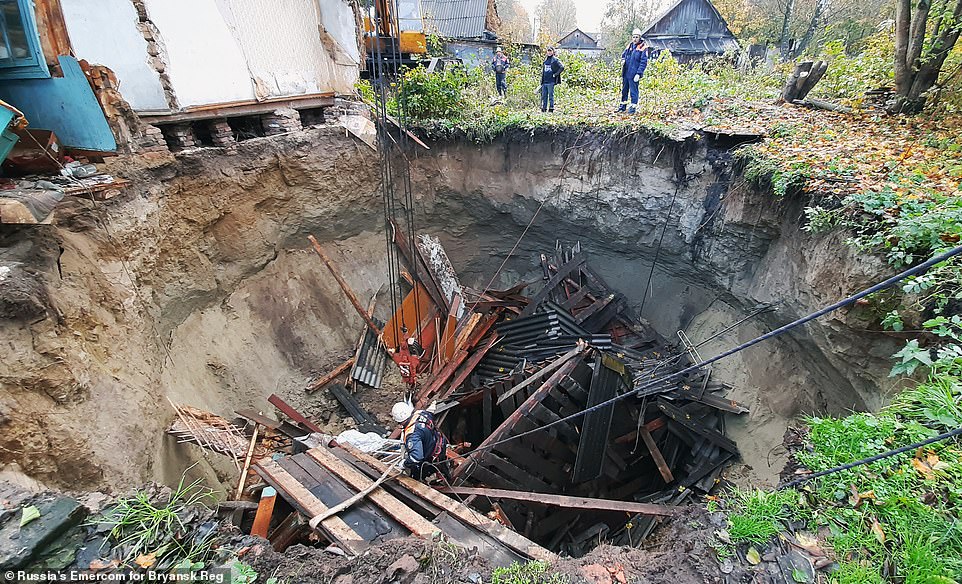