Household Cavalry corporal fights for £700,000 payout after claiming his career was wrecked when he was hit in eye by rubber bungee while putting up army tent

A Household Cavalry corporal is fighting for a £700,000 payout after claiming his career was wrecked when he was hit in the eye by a rubber bungee while putting up an army tent.

Simon Harley, an NCO in the mounted regiment – which forms part of the Queen’s official bodyguard – says he was erecting a makeshift tent during a training exercise in February 2015 when a bungee cord came loose suddenly and catapulted into his face, which he claims left him almost blind in one eye.

He says that because his damaged eye meant he could no longer fire a weapon in combat, he was discharged from the Army about a year after the accident, bringing his 15-year military career to an end. 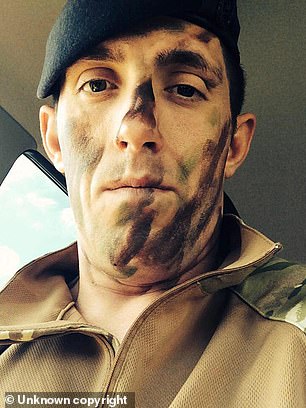 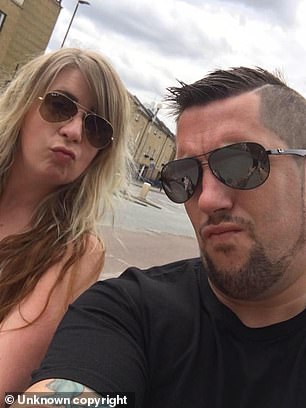 Household Cavalry corporal Simon Harley, above, is fighting for a £700,000 payout and says he was discharged as his damaged eye meant he could no longer fire a weapon in combat

Mr Harley, from Bordon, Hampshire, is now suing the Ministry of Defence for ‘just shy of £700,000’ over the long-term effects of his injuries, claiming the tent accident was caused by the negligence of his comrades or superiors.

But the MoD denies liability for his accident, claiming Mr Harley may himself have been at fault, and is questioning the true impact of the accident on his vision.

The court heard that Mr Harley, a lance corporal of horse, was taking part in an exercise in a military training area on Salisbury Plain, Wiltshire, when the freak accident happened.

Mr Harley and his comrades, as part of their exercise, had to create a makeshift tent as a ‘base’ to sleep in, consisting of a waterproof sheet or poncho covering a trench and secured with bungee cords.

As he got into the trench, Mr Harley, 36, says he had to adjust the poncho, which was supported by a stick.

When he did so, the stick snapped and wrenched free a bungee attached to a nearby tent peg in the ground.

‘He crawled into the shell scrape and as he adjusted the height of the poncho the stick snapped, the tent peg came out of the ground, the bungee sprang back and he was immediately struck in the eye by the metal hook on the end of the bungee,’ his lawyers stated in court papers.

The blow caused immediate blood loss and he has since lost at least 75 percent vision in his right eye, he says. 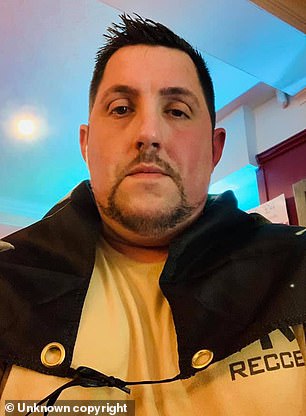 The blow caused immediate blood loss and he has since lost at least 75 percent vision in his right eye, Mr Hurley says

The injury, which also resulted in a broken nose, caused acute damage to his optic nerve, his lawyers added.

He claims the injury caused his discharge from the Army in March 2016 and that the damage to his eye now puts extra strain on his functioning left eye, causing headaches and fatigue and problems with long-distance driving.

The MoD denies liability for his accident, and alternatively suggests Mr Harley may himself have been at fault in failing to ensure the tent peg was properly fixed before adjusting the height of the poncho.

Those taking part in the training exercise were also fully trained in how to build their two-man trenches, the MoD insists.

During a pre-trial hearing at Central London County Court, Andrew Ward, for the MoD, told judge David Saunders: ‘It is not disputed that when this bungee cord which was attached to a tent recoiled, it hit him in the face and injured his right eye. That’s not disputed.’

But he went on to say a report by one medical expert had suggested there had been a ‘dramatic improvement in his vision’ since the accident, which the MoD says ‘puts into doubt either the causal nexus or the genuineness of the symptoms.’

The case will return to court for trial at a later date.