ISRAEL is leading the global vaccination race after launching a 24/7 distribution scheme with military aid and squeezing extra doses from each vial.

Nearly 15 per cent of the country's 9.3 million population have been vaccinated in just two weeks. 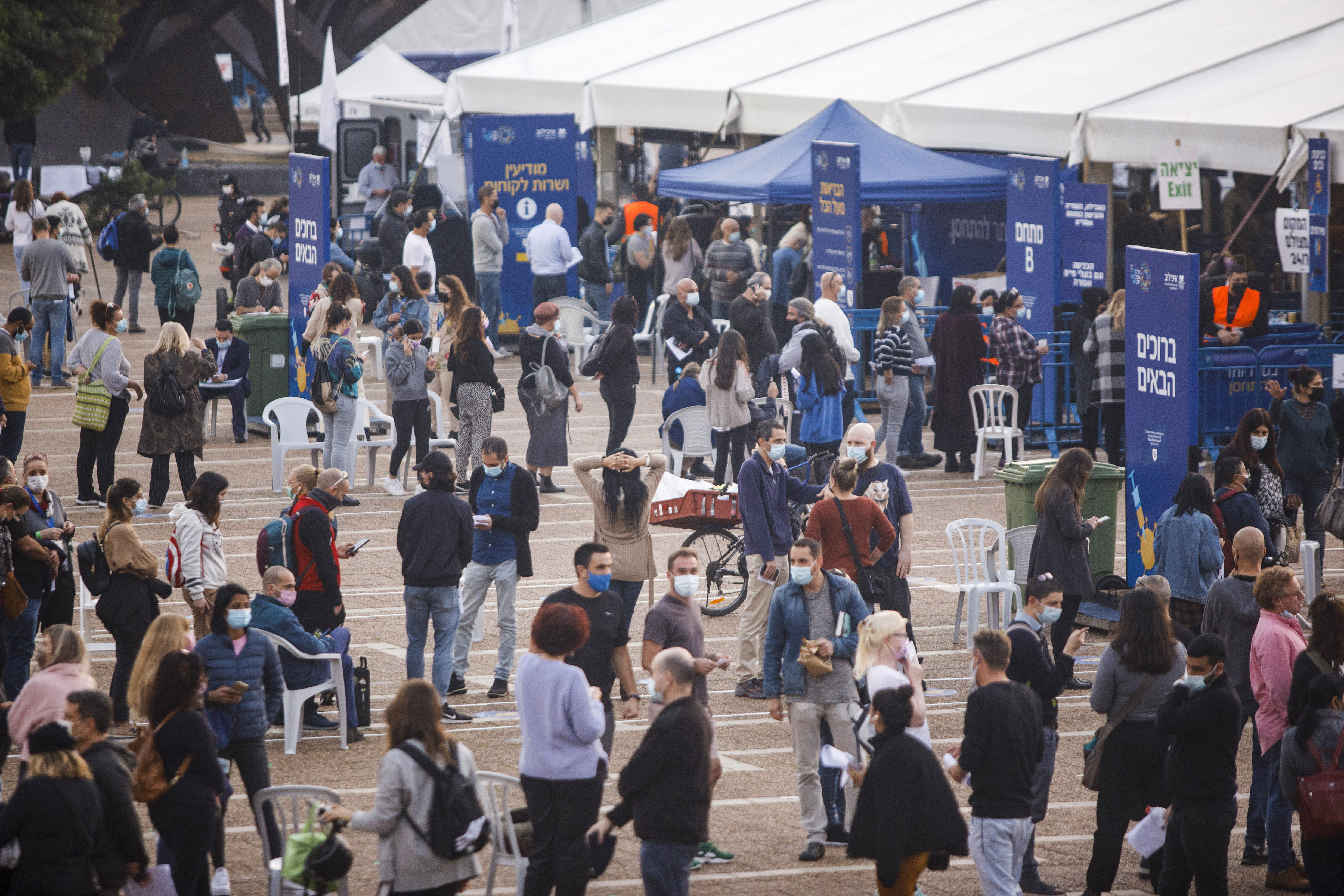 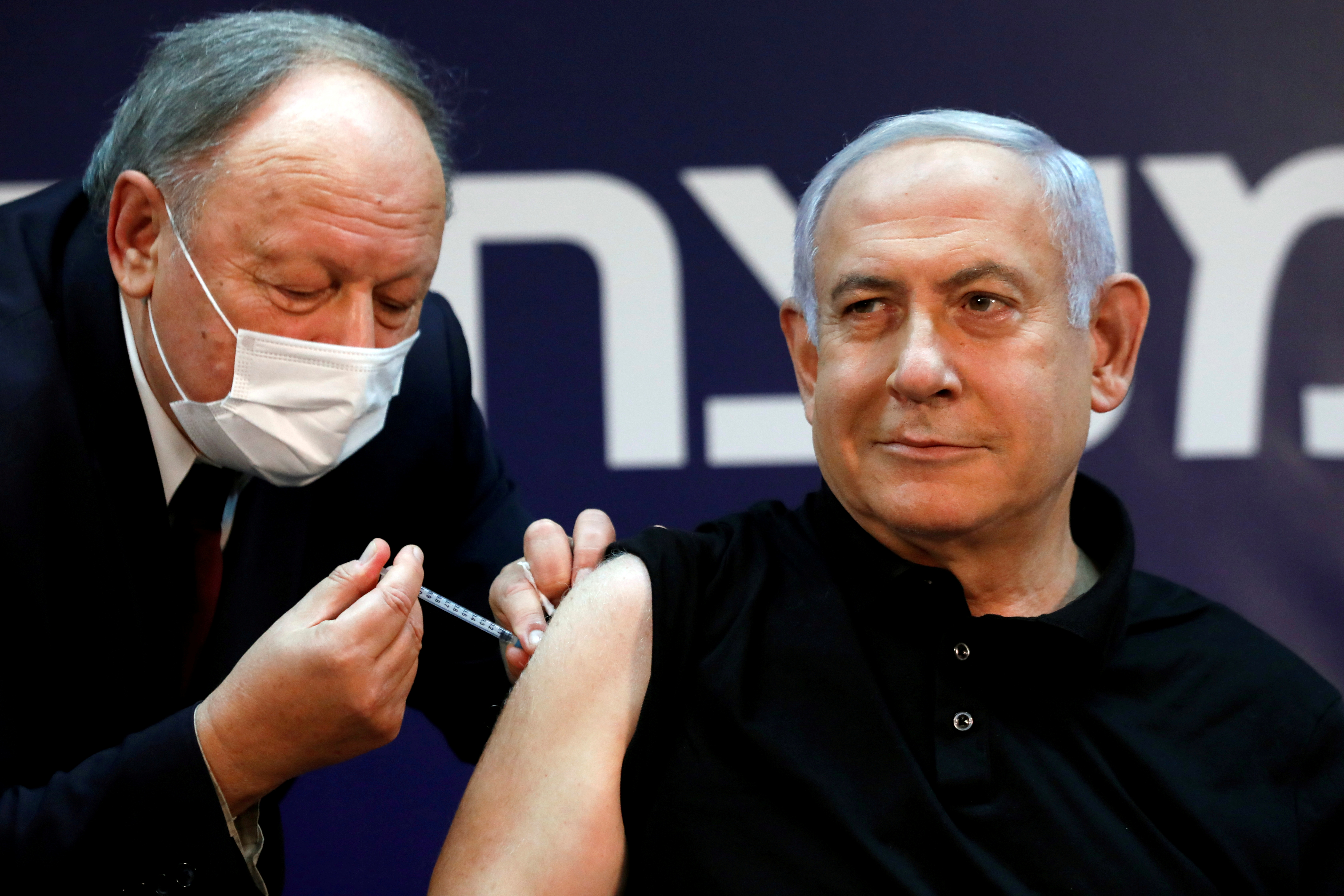 Almost 1.4 million Israelis have received the first dose of the BioNTech-Pfizer vaccine, after Prime Minister Benjamin Netanyahu spearheaded the rollout so the country could be one of the first to "emerge" from the pandemic.

Nearly 146,000 people were administered the jab on Monday alone – a figure higher than Western countries such as Italy, Spain and Canada have distributed in total.

The country had secured several million doses of the two-stage BioNTech-Pfizer vaccine, as well as having deals in place with Moderna and AstraZeneca even before the jabs were approved.

Health Ministry Director General Hezi Levy has pledged to have TWO MILLION residents vaccinated by the end of January.

Health Minister Yuli Edelstein explained Israel had been an "early bird" when arranging vaccine supplies, telling the New York Times: "We are leading the world race thanks to our early preparations."

In a bid to streamline the vaccine distribution, the -70C doses of the Pfizer vaccine were unpacked from large pallets into insulated boxes, the size of a small pizza.

This enabled deliveries in smaller numbers and at more remote sites, a move Israel say developed Pfizer approved of. 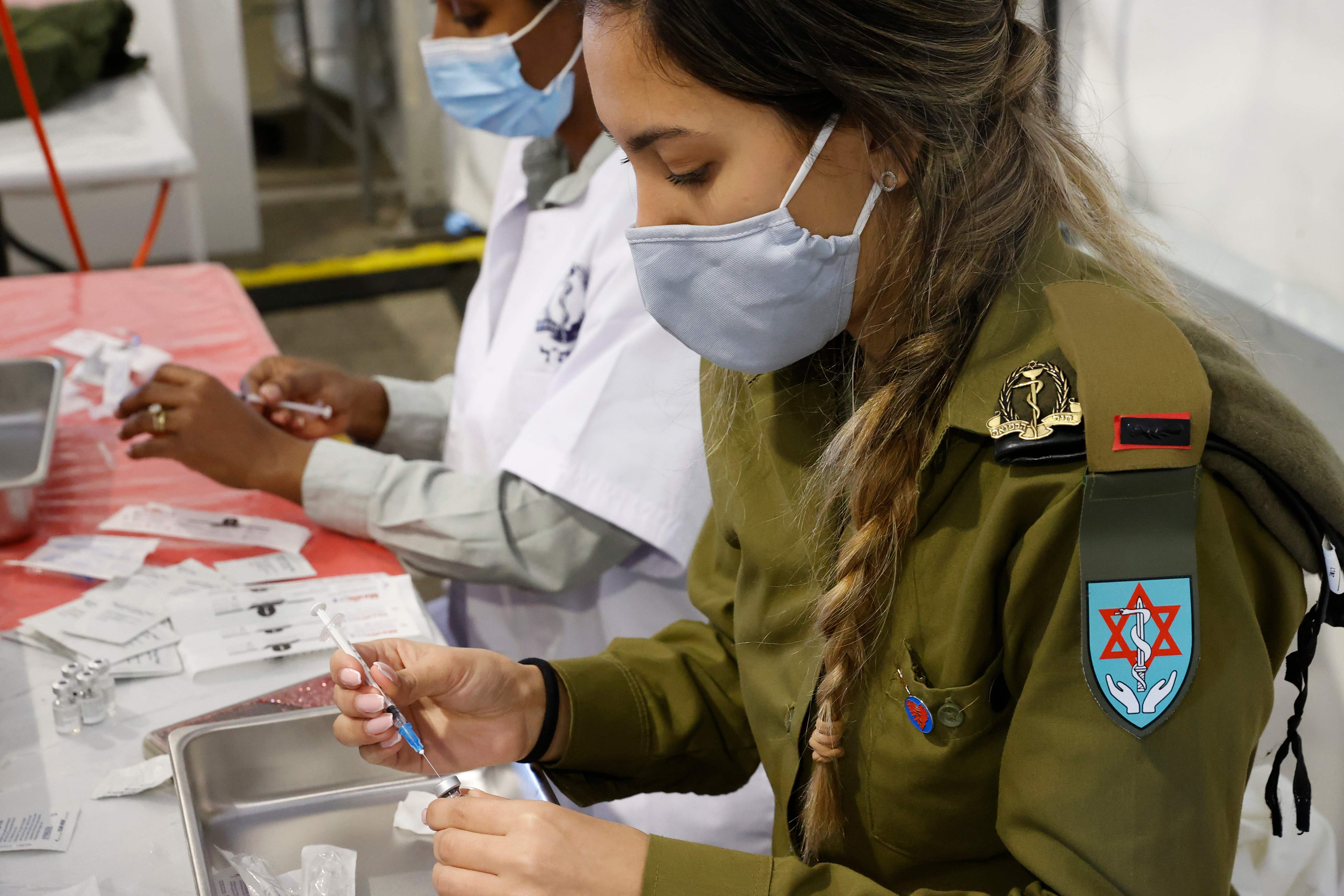 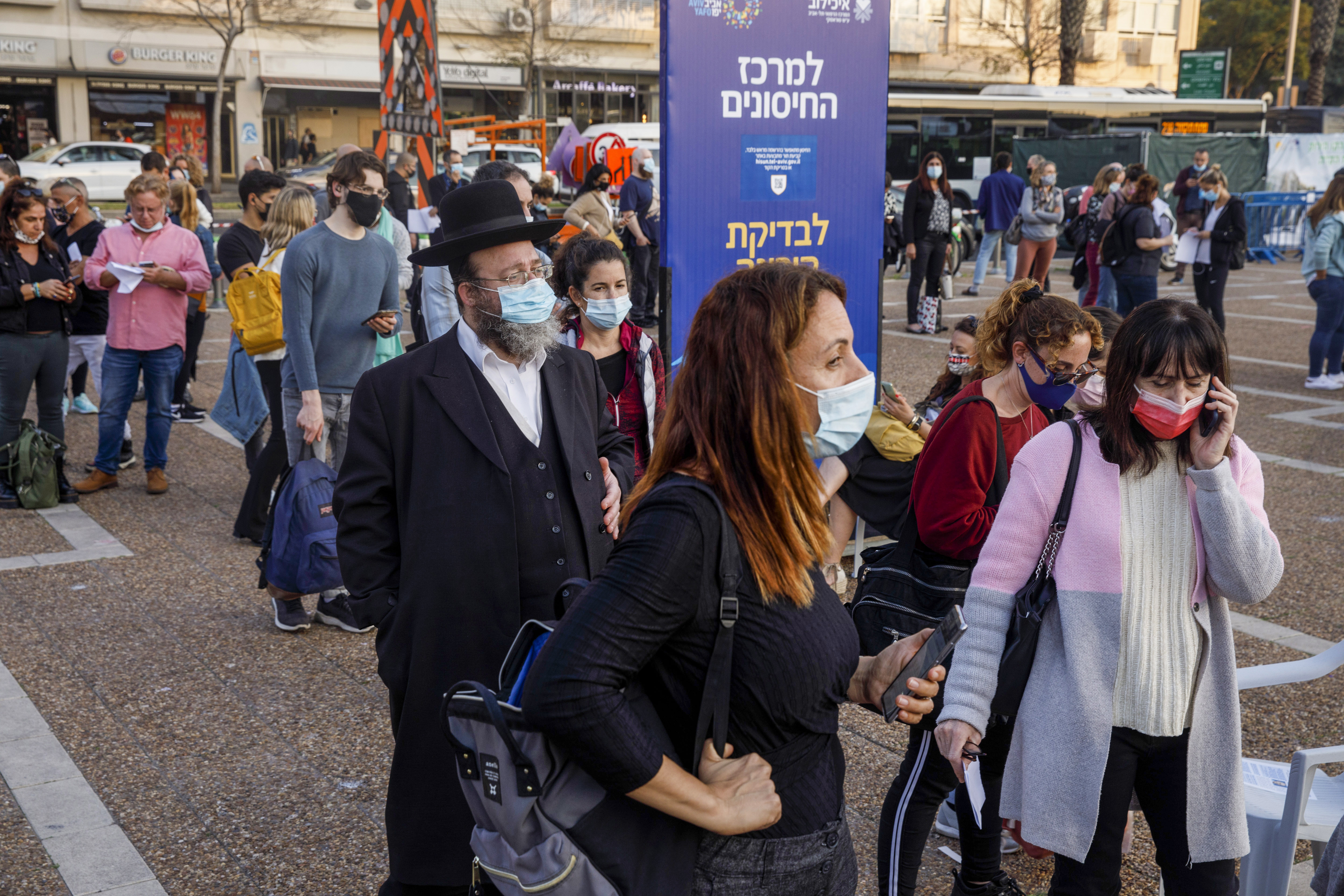 Israel reportedly decided to pay the premium to receive vaccines as soon as possible.

Although authorities have not publicly announced how much the vaccine has cost, one official anonymously told Reuters that the government was "paying around $30 per vaccine dose, or around twice the price abroad."

As well as being forward thinking, Israel has shown they are savvy with their supply – by squeezing more doses out of each vial.

Edelstein said some nurses have managed to extract six doses from each vial rather than the five that are advertised.

Reports of younger people simply walking into clinics or being contacted to receive surplus doses of the vaccine which would otherwise be wasted, have continued to circulate.

The country is prioritising the over-60s, health care workers, caregivers and those with underlying health conditions, but continue to administer the jab to the younger generations to avoid waste.

More than 100,000 Israelis between the ages of 20 and 40 have received the vaccination.

The vaccination of front line medical staff was allegedly completed in just two days, with teachers now the next in line.

Netanyahu, who received Israel's first vaccine and met the millionth vaccine recipient on January 1, also said, "We can emerge from the coronavirus, open the economy and do things that no country can do."

The sophisticated vaccination system has been handled by SLE, the logistics unit of Teva Pharmaceutical Industries. 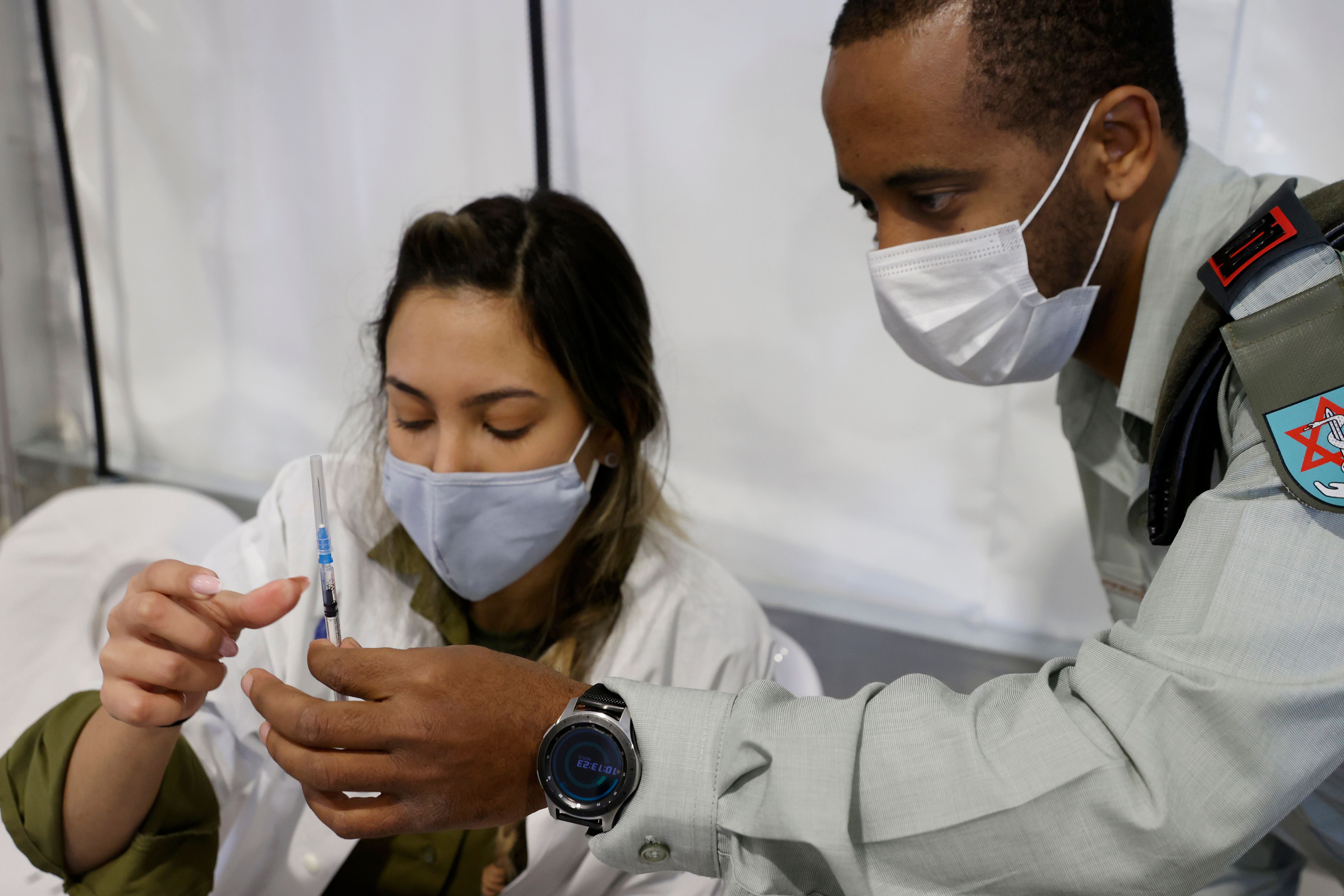 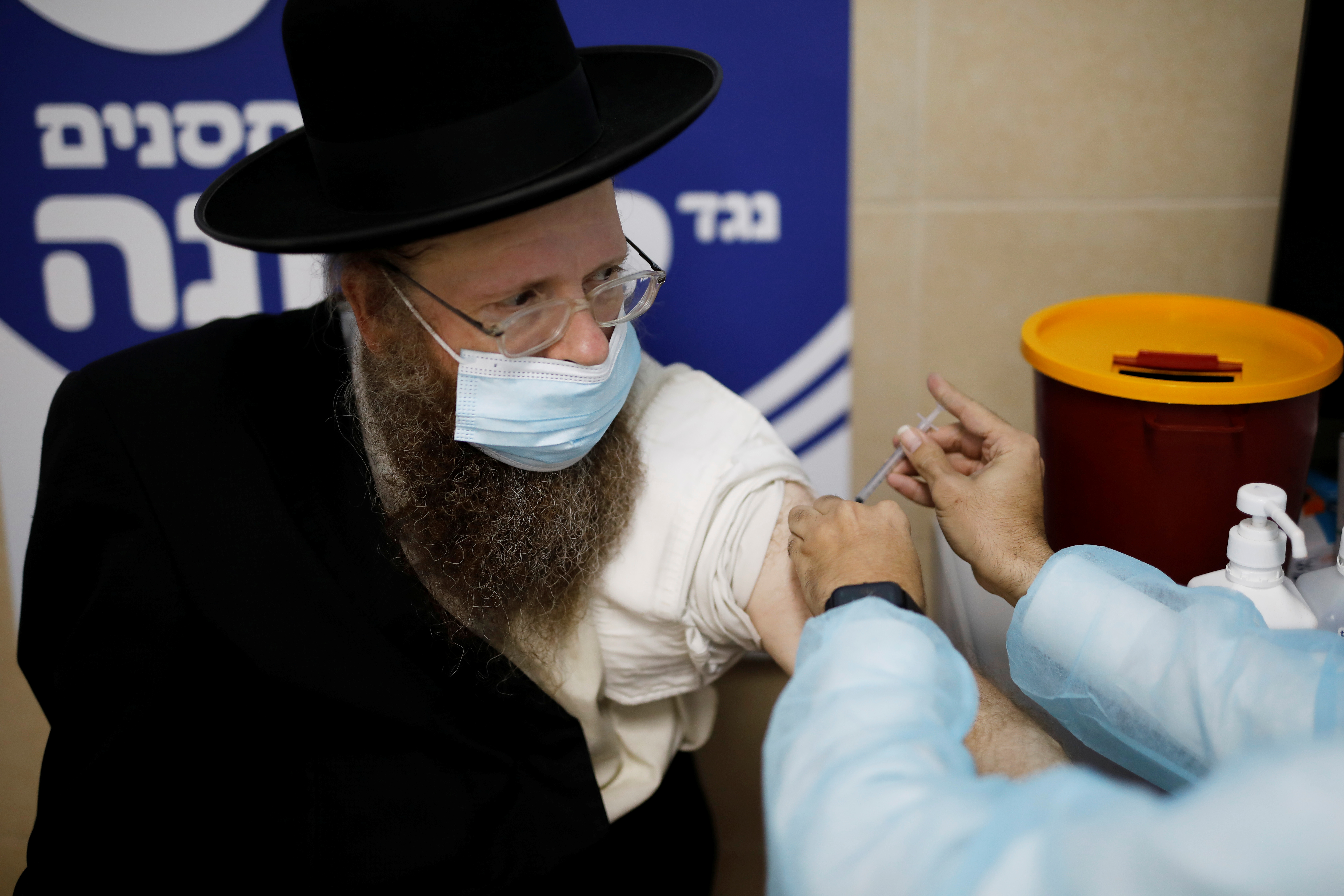 Thirty huge freezers at -70C are at the base in an underground facility near Israel's Ben Gurion Airport, which can hold 5 million vaccine doses.

The country's trailblazing immunisation system is credited to its digitised health care system, the provision of doses and its relatively small size.

Clinics, hospitals and makeshift centres in sports arenas across the country are working almost 24/7 to administer the jabs, with the city of Haifa offering drive-through vaccinations.

Israelis have been promised so called "green passports" allowing them to dodge specific lockdown rules once they are inoculated.

The Health Ministry revealed the plans for the digital ID's which could be used to allow access to cultural and sporting events, conferences, museums and other types of mass gatherings.

Coronavirus czar Nachman Ash told the Knesset’s Constitution, Law, and Justice Committee: "The green passport is a means that we want to use to manage daily life as the number of recovered increases.

Whoever was vaccinated or recovered can enter places, such as Habima (theater), and whoever isn’t can do a test and then go to a performance.

The triumph of Israel is a stark contrast to the rollouts across Europe and America, that have been plagued by blunders resulting in some doses being discarded.

France have administered just 516 inoculations in a week thanks to red tape rules, as President Macron face a barrage of criticism for the "unacceptable" figures.

After Israel, the second-widest rollout is in Bahrain, where 3.3 percent of people have been vaccinated, while the UK is in third.

The US and Canada are in fourth and fifth place, with 0.64 percent and 0.16 percent of their respective populations having received a jab. 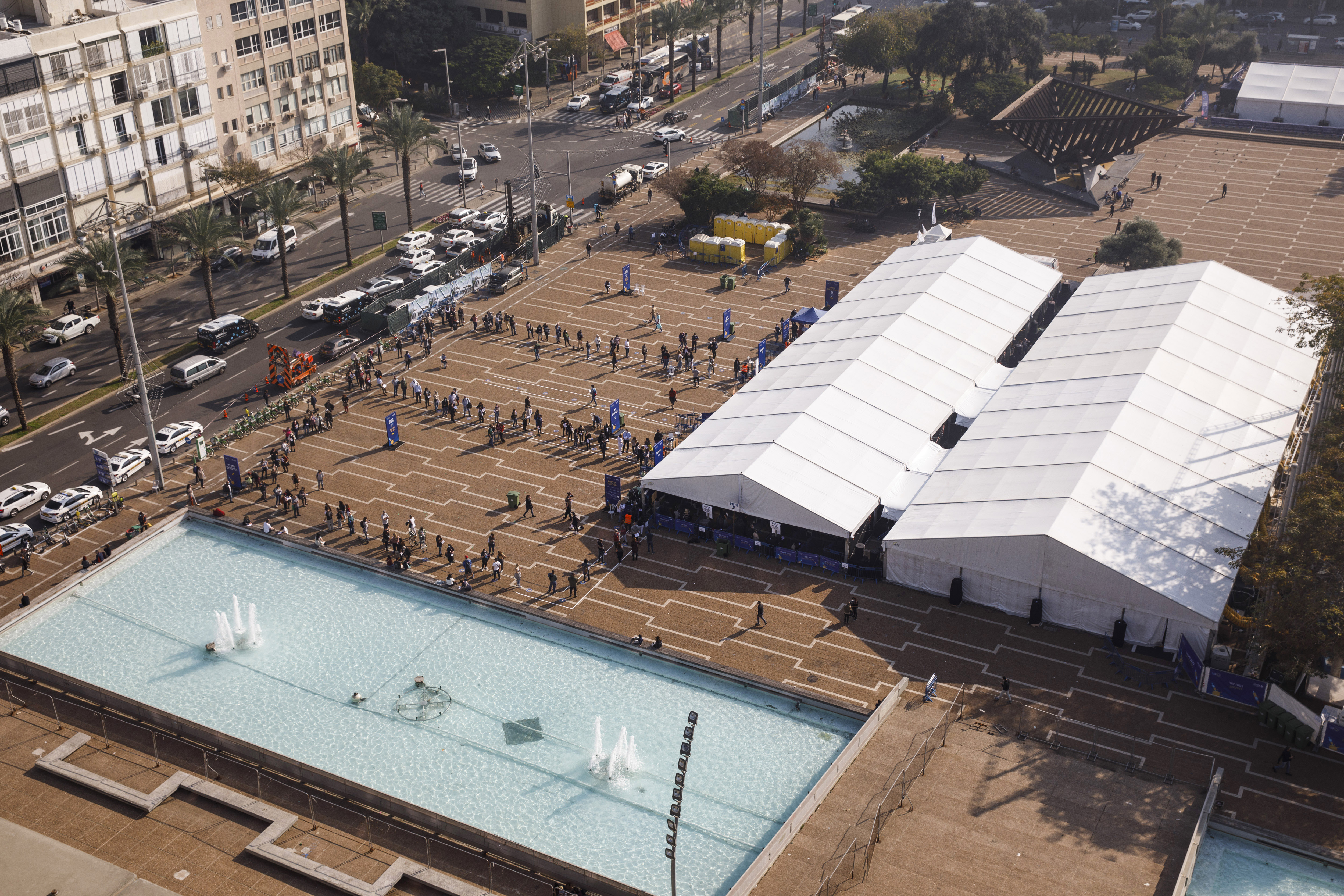 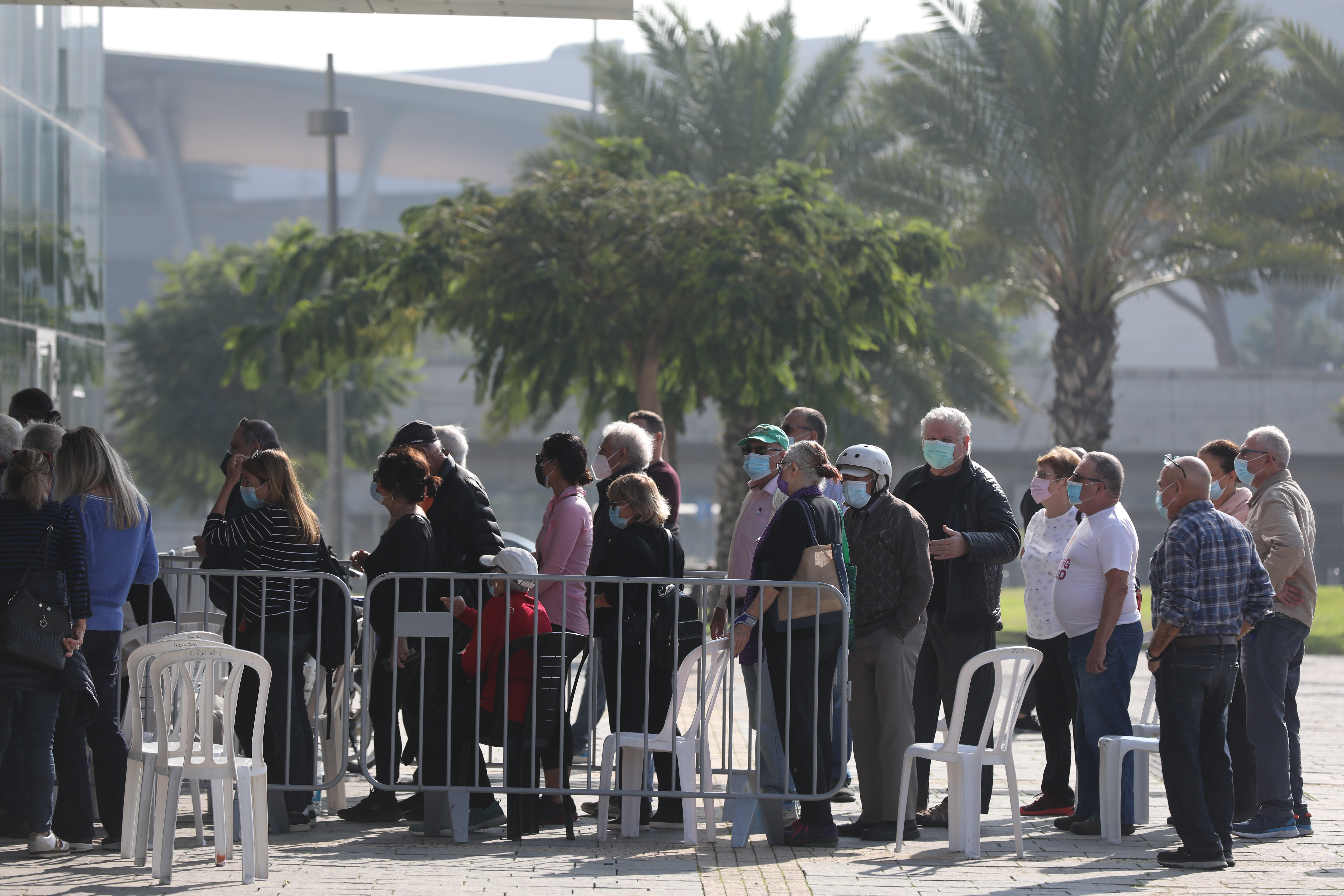 Related posts:
TV and Movies
Jill Duggar Just Called Out a Fan for Saying Jinger Duggar and Jeremy Vuolo Are 'Fake'
How Old Was Andrew Terraciano When 'Blue Bloods' Started and How Old Is He Now?
Walter Bernstein Dies: Blacklisted Writer In 1950s, Returned With ‘Fail Safe’ And ‘The Front’, Was 101
Casualty spoilers: Dylan and Faith declare their love after death trauma
Recent Posts
This website uses cookies to improve your user experience and to provide you with advertisements that are relevant to your interests. By continuing to browse the site you are agreeing to our use of cookies.Ok