JILL Biden is gearing up to go head-to-head with Melania Trump over Christmas decor as fans praised the ex-first lady's displays. 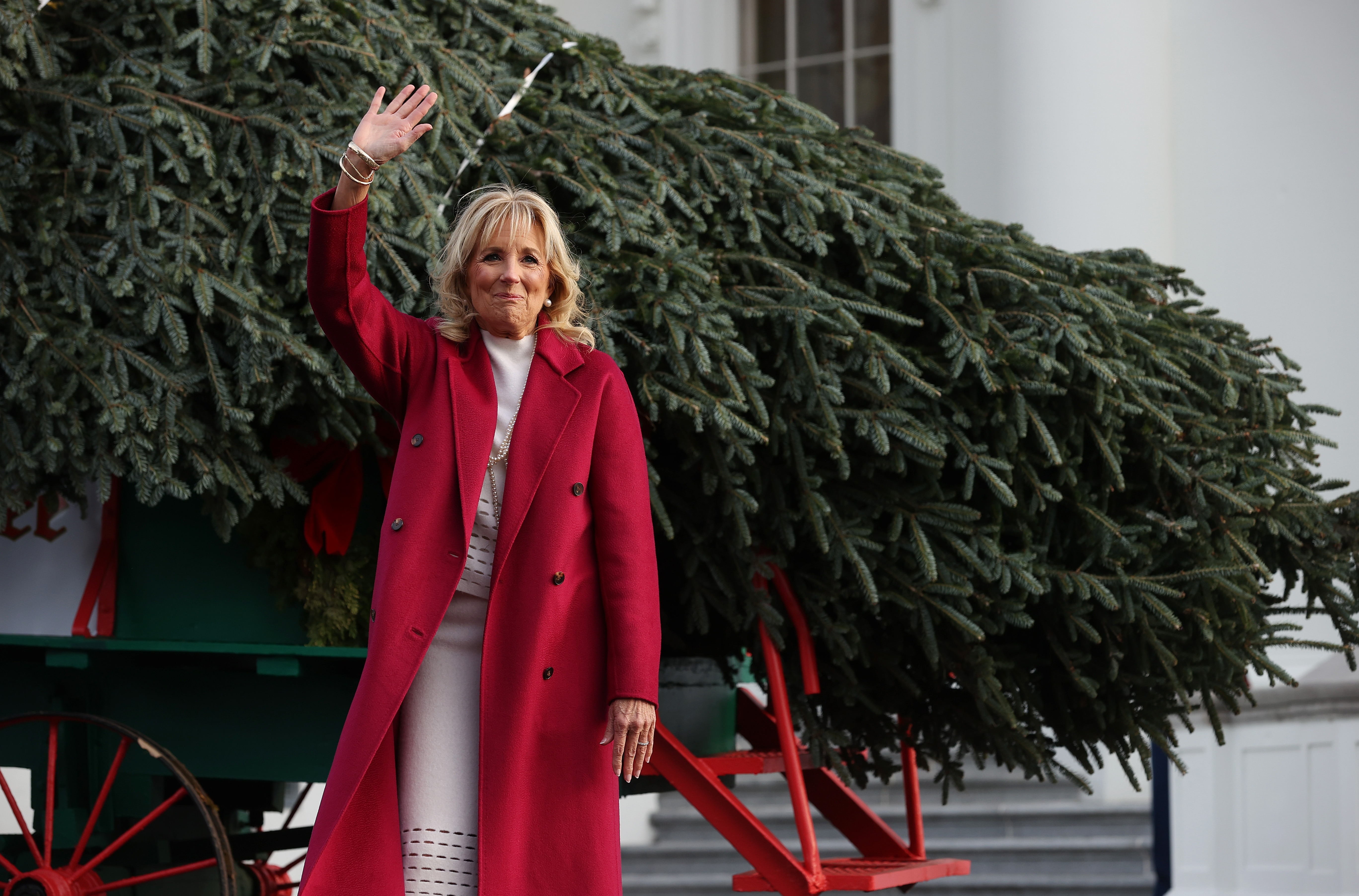 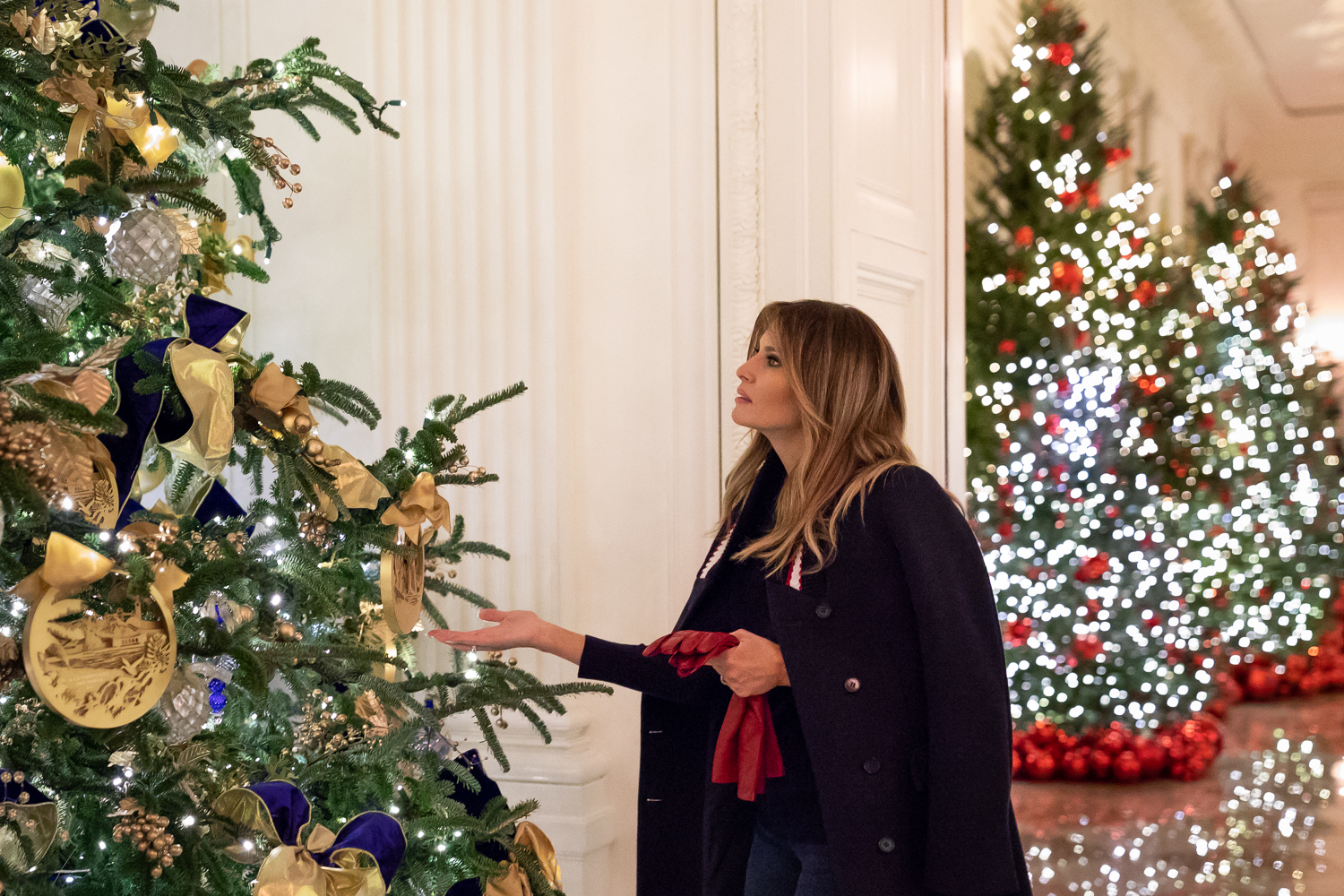 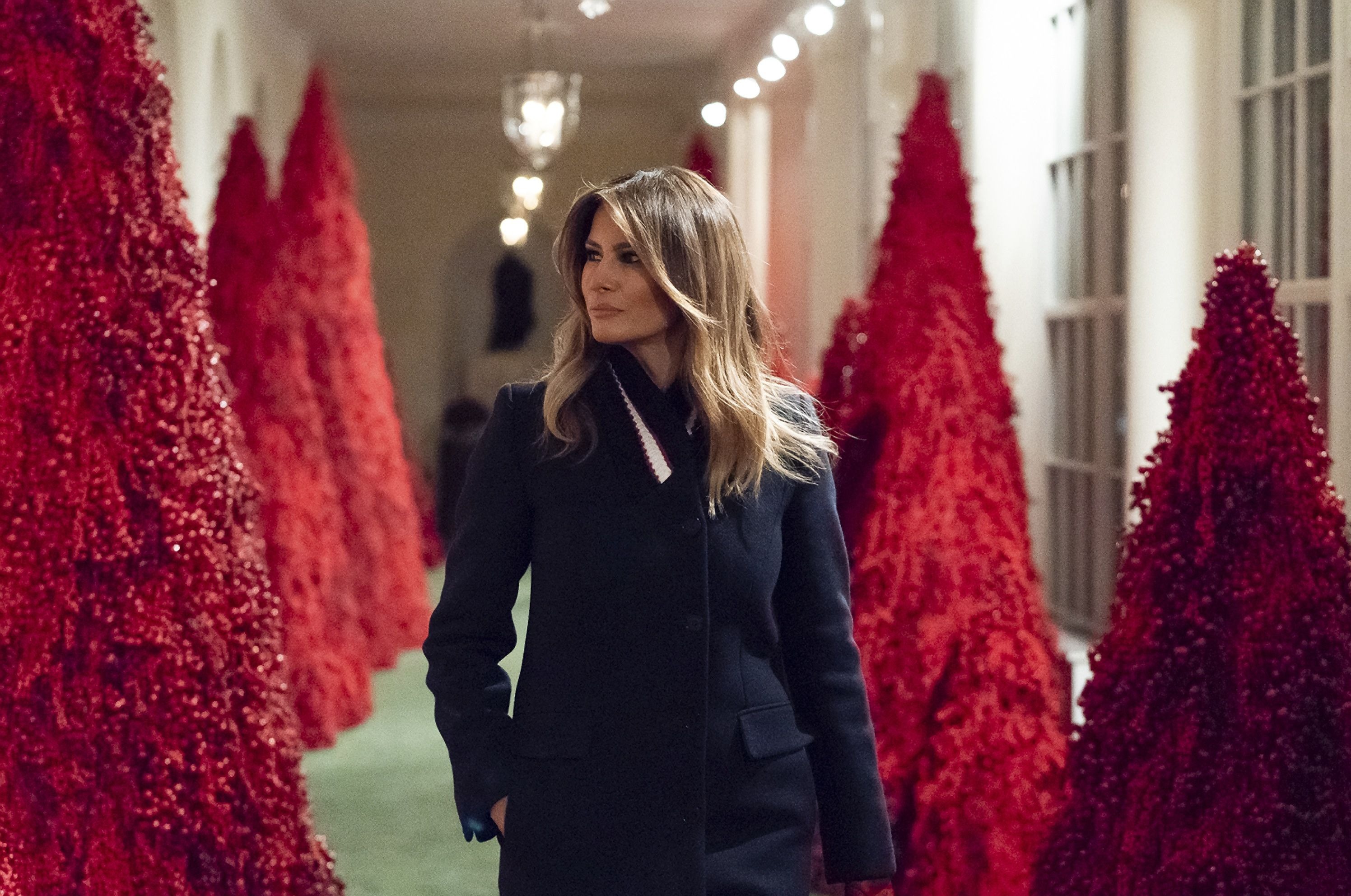 The tree arrived at the North Portico via jingle bell-bedecked horse and carriage and was inspected by the first lady, a tradition since 1966.

"It's beautiful—it's magnificent, actually," Biden told reporters of the tree.

The massive tree was placed in the Blue Room as the decoration theme will be revealed after Thanksgiving.

Now, fans of Melania are reminiscing on her time as the first lady and are "missing" her Christmas displays.

One person tweeted a series of pictures of Melania and her White House Christmas decorations in the background, as the caption read: "I miss Melania decorating the White House for Christmas time."

A second fan wrote: "Melania brought class to the WH."

Meanwhile, a third spectator said: "I know I am going to miss Melania's Stunning decorating skills."

Despite the praise by some fans, in 2018, Melania was caught on hot mic blasting critics over child migrants and saying, "who gives a f*** about Christmas decorations."

Melania, 51, was secretly recorded by her former friend, Stephanie Winston Wolkoff, who worked as an unpaid aide in the East Wing of the White House until being let go in February 2018.

The 51-year-old was heard complaining to Wolkoff about reporters who questioned her about former President Donald Trump’s policy of separating kids from families who crossed the US border with Mexico illegally.

"They say I'm complicit. I'm the same like him, I support him. I don't say enough I don't do enough where I am," she told Wolkoff in the recording that was obtained by CNN. 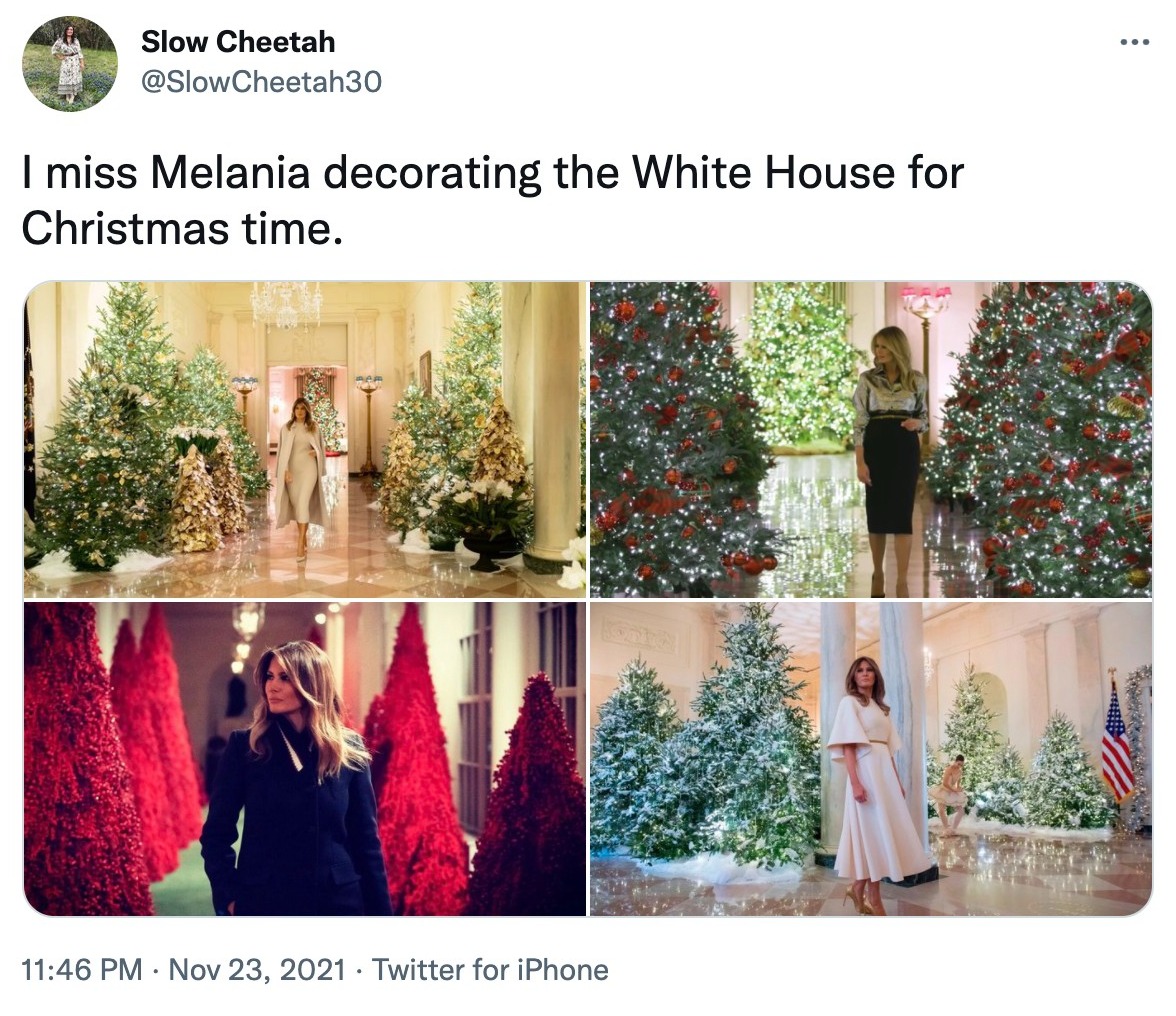 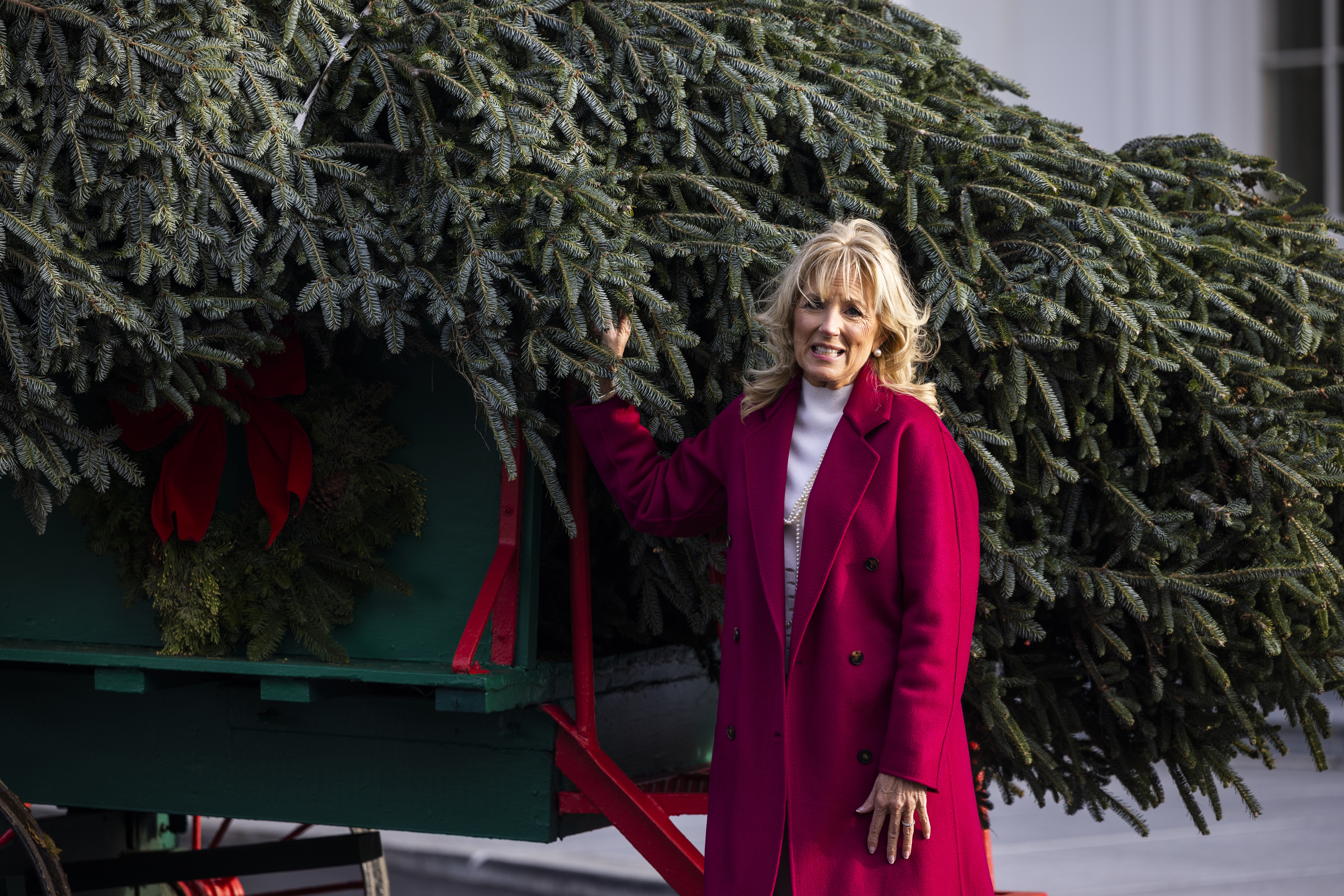 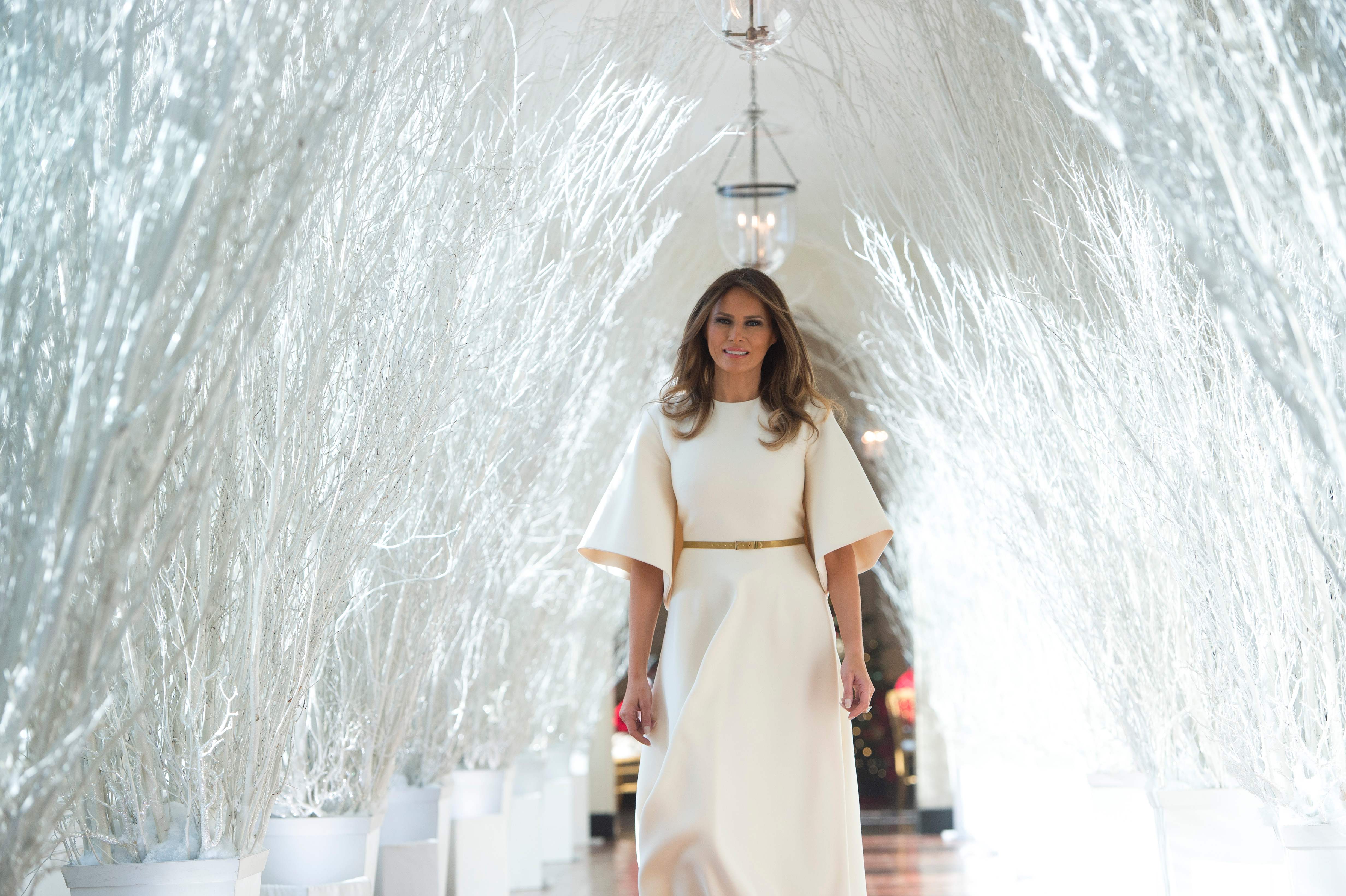 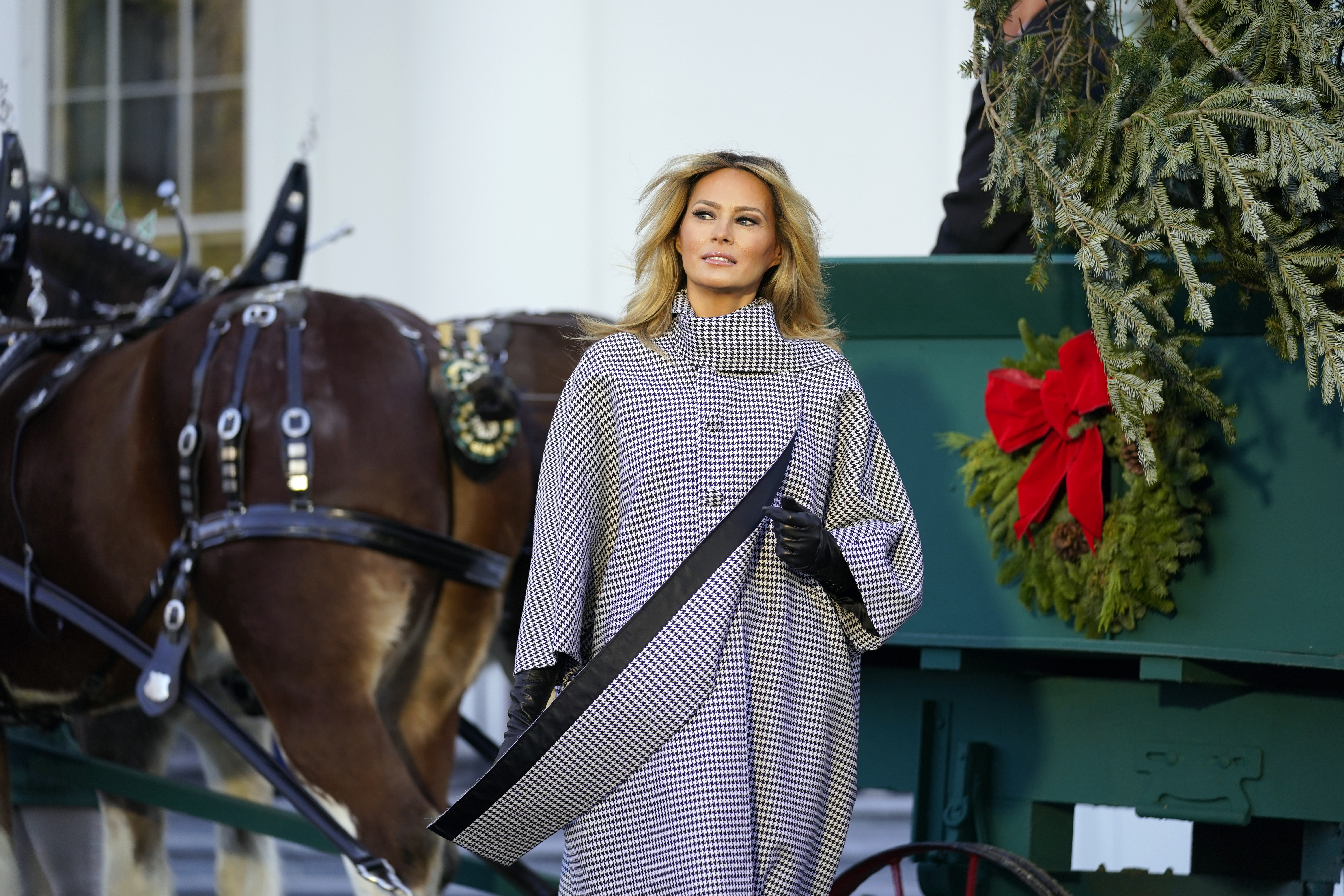 In the audio, Melania continued: "OK, and then I do it, and I say that I'm working on Christmas and planning for the Christmas, and they said, 'Oh, what about the children that they were separated?'

“Give me a f***ing break. Where they were saying anything when Obama did that? I can not go, I was trying get the kid reunited with the mom.

“I didn't have a chance – needs to go through the process and through the law,” the former first lady said.

The arrival of the X-mas tree usually marks the kickoff of the White House's annual holiday festivities, and commenters on Twitter are expecting a different take on Christmas from Biden this year.

One Biden fan wrote: "Merry Christmas, such a wonderful start to the season! Thank you for bringing back a normal American Christmas to the White House, it was missed for a few years!"

A fourth wrote: "Can't wait to see how @FLOTUS decorates for the holidays. After the morbid, dark, I hate Christmas decor of Melania it's sure to be a major improvement."

The first lady will have to juggle her Christmas theme duties with her job as a professor at Northern Virginia Community College, where she teaches English.

According to the White House Historical Association, the tradition of the White House Christmas tree dates back to 1889 when President Benjamin Harrison placed the first tree in the Yellow Room, decorated with candles.

The tree is believed to have made its debut in the Blue Room during the Taft administration in 1912.

In 1961, First Lady Jacqueline Kennedy selected a theme for the Blue Room tree, a tradition that continues today. 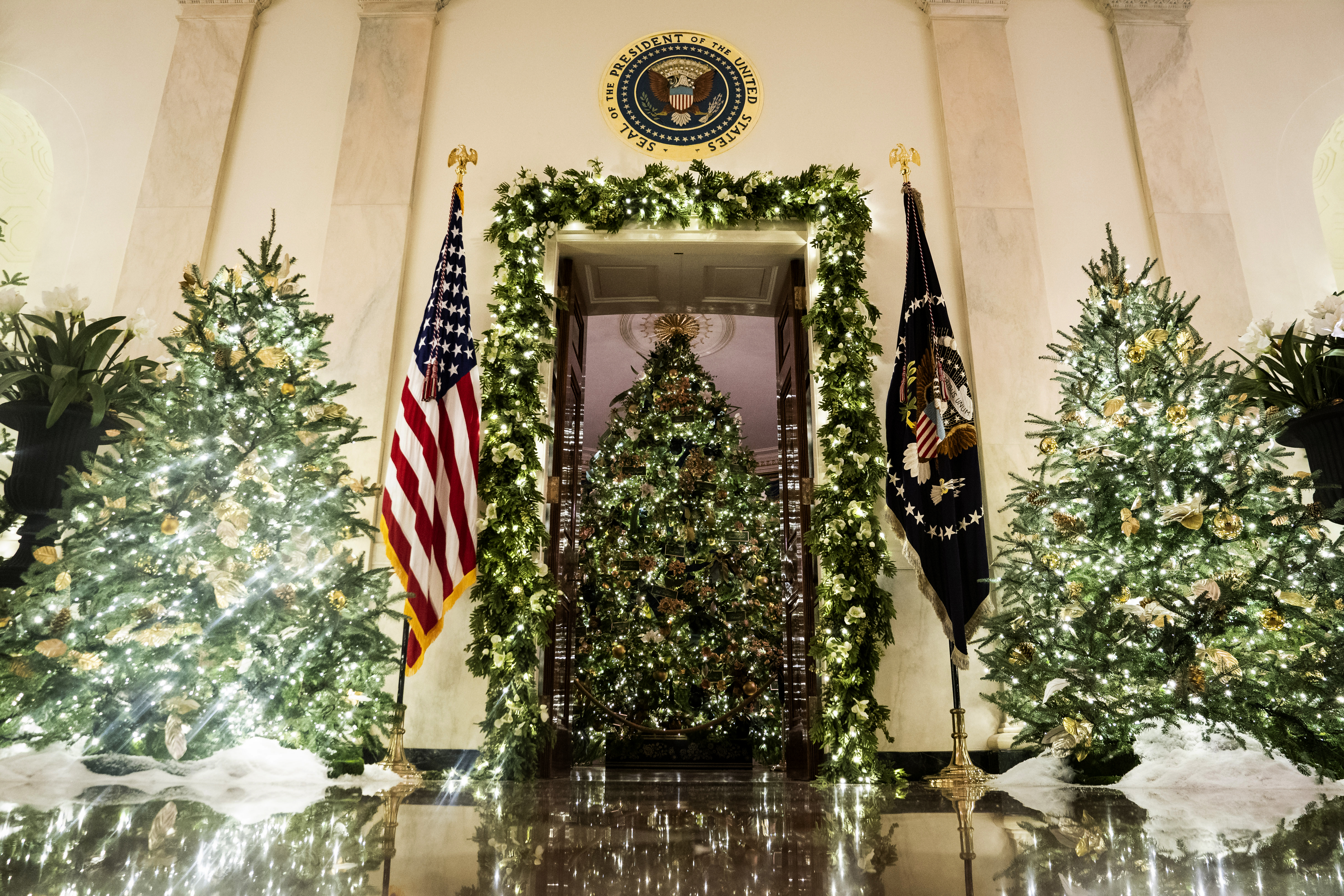