THE government is ramping up coronavirus testing ahead of winter – promising more affordable and accessible testing.

But what are your options for getting a test, and what is the best way to book one? 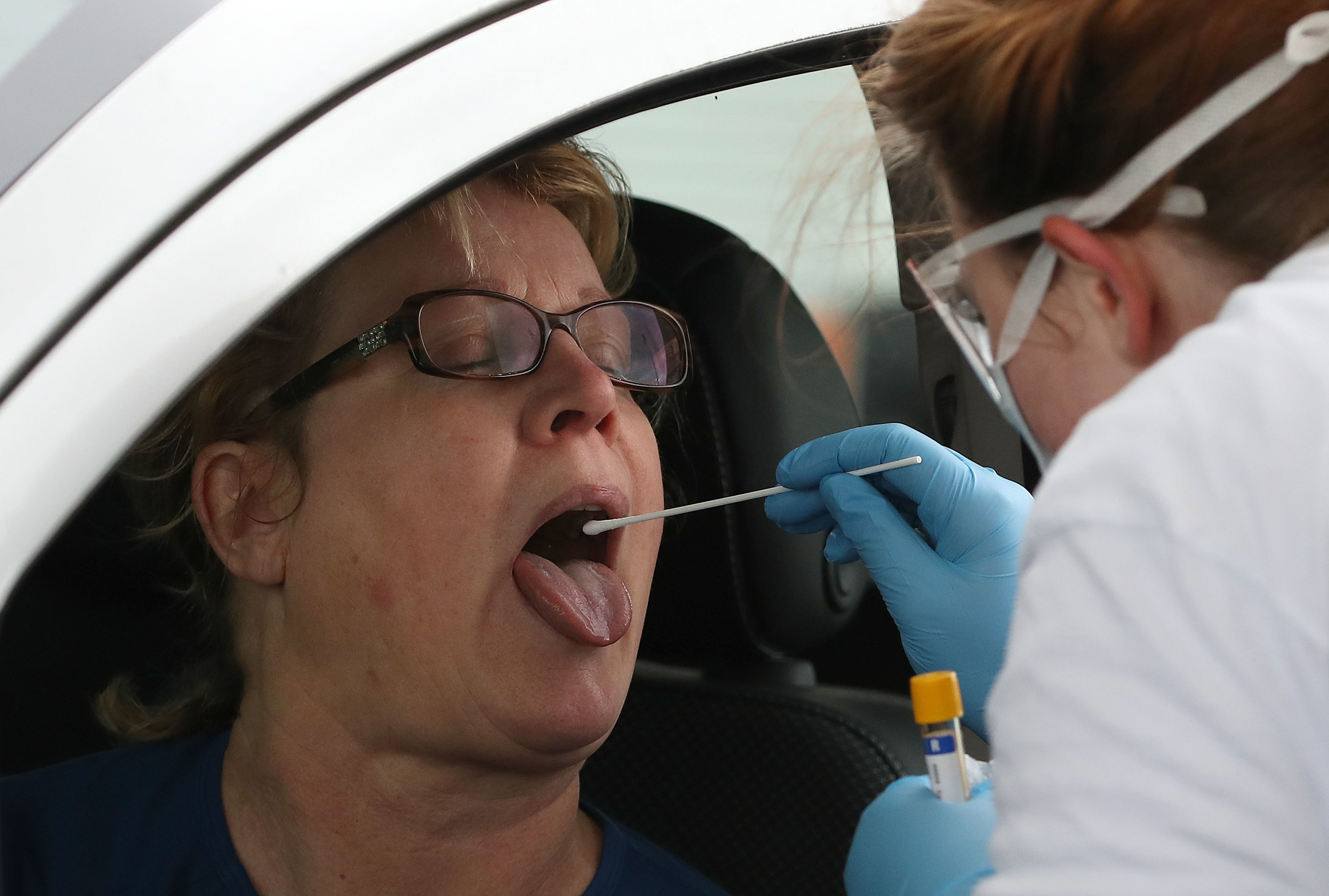 How to book a coronavirus test

You can order a free home test kit from the NHS website.

There are a number of testing sites across the UK which you can book.

You can also get tested in an NHS hospital, at a regional test centre in Scotland, Wales and Northern Ireland, Satellite centres, or at mobile testing units.

For more information about those sites, visit the government website.

The government advises to get a test done within in the first five days of having symptoms.

Can I book a test online?

You can order a free home test kit from the NHS website.

There are also a number of testing sites across the UK which you can book.

To order a test, head to the government website.

You can get advice from NHS 111 if you're worried or not sure what to do.

Who can get a test?

The government website states that you can get a test for yourself if you have had Covid symptoms or if someone you live with has symptoms.

You can also get tested if you have been told to take a test before surgery or if you work or study in an area where there has been an outbreak.

The government tests are free. 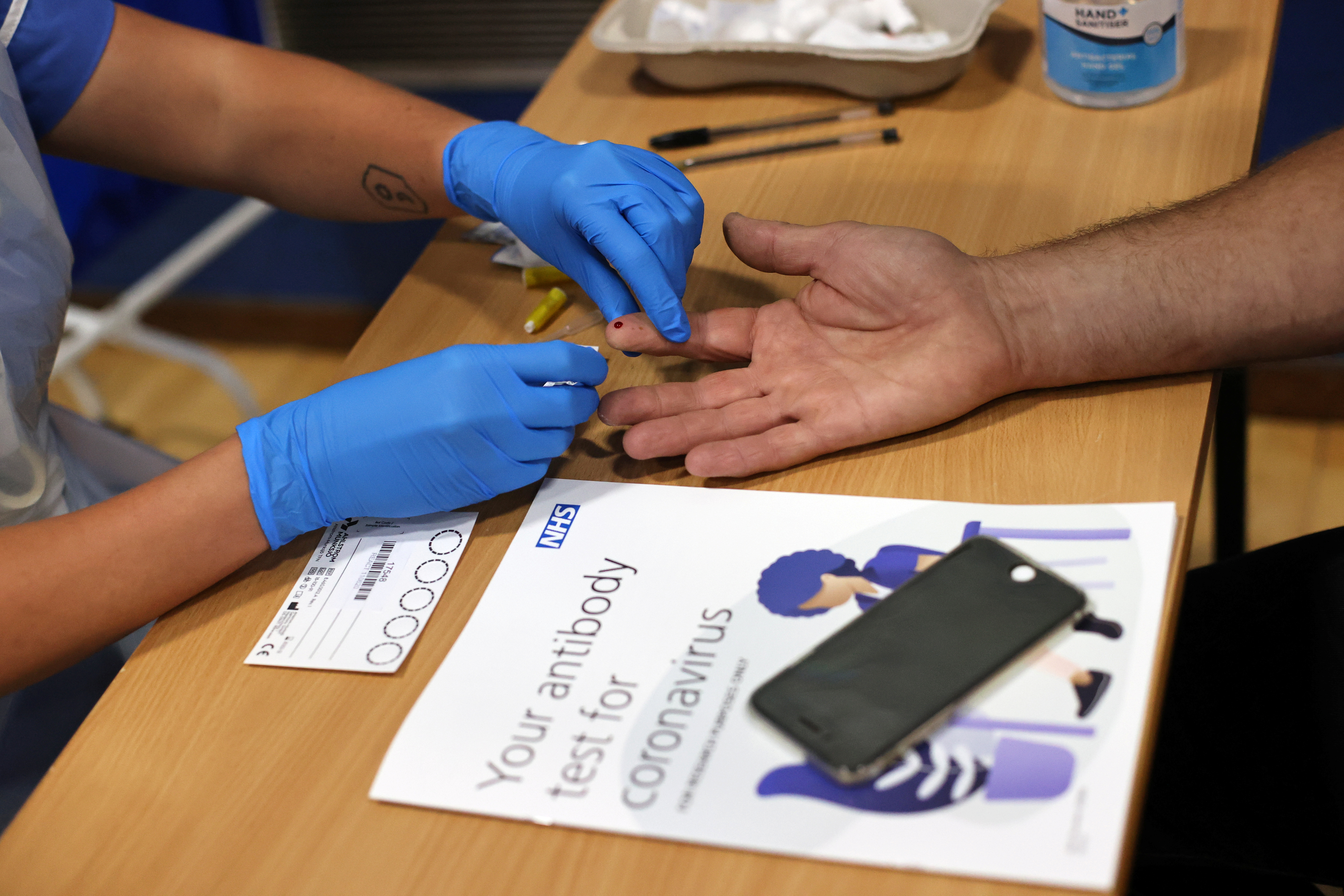 What Covid tests are there?

Made by Oxford Nanopore, the 90 minute test requires a saliva or nasal sample.

From August 11, 450,000 of the LamPORE tests were made available across adult care settings.

A machine can process around 15,000 tests a day and a portable appliance can be moved to where pop-up labs are needed in places that have seenan increase in cases.

The Department for Health and Social Care said millions more tests would be rolled out later in the year.

Health secretary Hancock said this test would help "break the chain of transmission".

The second of the 90 minute tests from a company that analyses people’s DNA from saliva in order to help them with their diets.

DNAnudge uses nasal swabs and these tests are set to be rolled out from September.

The company is supplying 5,000 boxes that process the tests – with a capacity of 15 a day.

The aim is to provide 5.8 million tests in the next few months and this has already been trialled in eight London hospitals.

However, it is worth noting that you cannot purchase these new tests over the counter or online.

But you may be tested with one as part of the government's "track and trace" scheme and they could also be introduced in "non-traditional" settings such as schools, The Telegraph reports.

At the moment, most labs use the PCR method for antigen testing.

It can take days for labs to run the tests, meaning medics often can't tell patients if they have the virus for 72 hours.

Antigens are found on the surface of invading pathogens, including coronavirus.

Testing for antigens can determine whether someone is currently carrying the virus and are actively infectious.

The NHS is currently using antigen tests in hospitals to determine if someone is currently infected with Covid-19.

Samples are taken using a swab – which resemble a large cotton bud – from deep inside the nose and throat before being sent off to a lab for testing.

And a new pregnancy-style home test kit which costs just £5 and produces results in minutes could be approved, according to a leading scientist.

Sir John Bell, a government adviser and Oxford University scientist, said that officials at Porton Down are currently assessing the accuracy of rapid antigen tests which could be available through Boots or Amazon if proven to be over 90 per cent accurate.

The miniature testing devices are plugged into a socket in the wall, and can process swabs within an hour using a technology called isothermal amplification, which can find traces of the genetics of the virus.

When a person gets infected with antigen, the body starts making specially designed proteins called antibodies in response – as a way to fight the infection.

After they recover, those antibodies float in the blood for months, maybe even years.

That's the body's way of defending itself in case it becomes infected with the virus again.

So an antibody test specifically looks for antibodies which will be able to tell whether you've already been exposed to Covid-19.

Anyone who has already had the illness is presumed to be immune to getting it again – at least, in the intermediate term.

This would allow them to go back to work safe in the knowledge that they are unlikely to become infected again or pass the virus on.

The check that has been developed for Covid-19 is a finger-prick blood test, with the samples sent to laboratories and results available within a few days.

Dr Hilary Jones, a GP and resident doctor on Good Morning Britain, explained that it works "almost like a pregnancy test, except you need a drop of blood".

On July 21, it was also revealed that an £11 test could be used to screen travellers going to Italy. 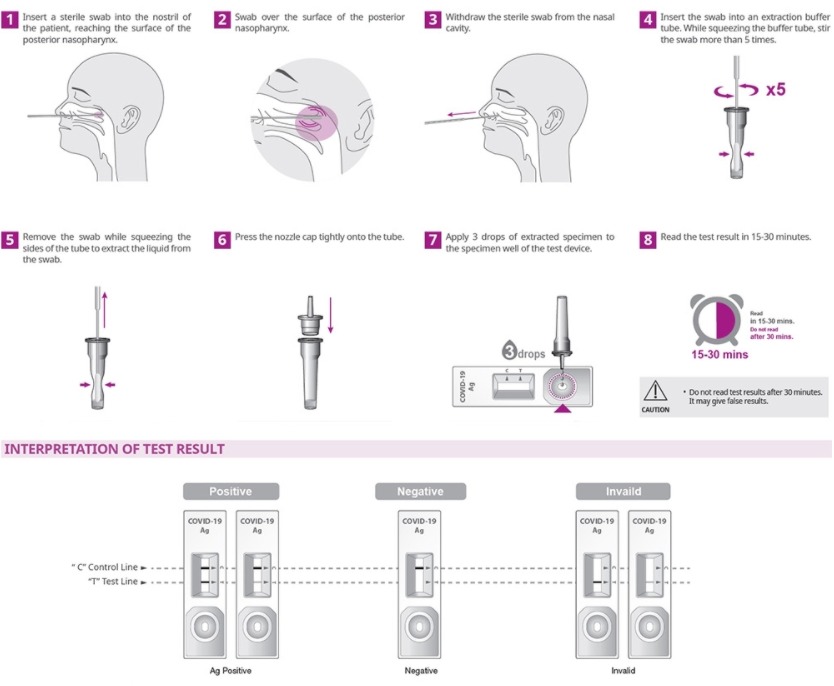 The rapid diagnostic tests give results in just 12 minutes and could be given to every passenger who enters the country.

The person being given the Standard Q Covid-19 test will be asked to use the nasal swab.

If the sample provided contains Covid particles, the antibodies already included on the test will bind them and the swab will turn red to show that the person is infected.

But the FT reports that the government has stalled the widespread rollout of antibody tests – which are currently being offered only to frontline NHS workers.

The government-backed UK Rapid Test Consortium has developed a 20-minute antibody test but this is still awaiting approval from the Medical Health Regulatory Authority.

The consortium, a partnership between Oxford University and other diagnostics firms, are aiming to supply 1million tests to the government by the end of November.

Why is testing key?

While we still don't have a vaccine for the coronavirus, testing is one way to stop the spread.

Testing can allow local authorities to pick up trends in how the virus moves through a community.

This also helps when it comes to implementing local lockdowns, as has been seen in places such as Leicester or Oldham.

According to the Gov.uk website, more than eight million tests have been carried out since the outbreak began.

Matt Hancock has said that, going into winter, mass testing is a “really, really important drive that we have across government”.

In July 2020, it was revealed Boris Johnson failed to meet his target of having all coronavirus tests completed within 24 hours by the end of June.

Statistics from the Department of Health and Social Care suggested that only 91 per cent of in-person tests were completed within the time frame between June 25 and July 1.