Husband, 70, ‘murdered wife, 67, five days into first lockdown after she told him to “get over it” because he was struggling to sleep over worries about money and coronavirus’

A pensioner accused of murdering his wife just five days into the first national lockdown told police he snapped after struggling to sleep over financial worries and fears about coronavirus, a court heard.

Anthony Williams, 70, told detectives he strangled his wife Ruth, 67, in March last year after she told him to ‘get over it’ when he expressed his concerns.

The attack began in the bedroom of their home in Brynglas in Cwmbran, South Wales and continued downstairs.

Mrs Williams was found slumped in the porch with a pair of keys in her hand. She was taken to hospital where she was pronounced dead. 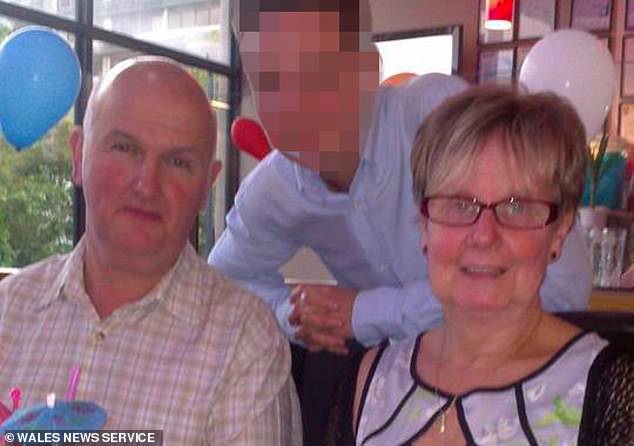 Anthony Williams, 70, who is accused of murdering his wife just five days into the first national lockdown, told police he snapped after struggling to sleep over financial worries and fears about coronavirus, a court has heard

Williams, of Brynglas, Cwmbran, is on trial at Swansea Crown Court accused of murder, which he denies, but has admitted manslaughter by reason of diminished responsibility.

In a series of police interviews read to the jury, Williams agreed with detectives that he was responsible for the death of his wife.

He said he had been getting around two hours’ sleep a night and had ‘felt depressed lately’ because he was worried about having to stay at home during the lockdown and was concerned about accessing his bank accounts.

Williams, who is retired, was asked to explain what happened on the morning of March 28 when his wife died.

‘We woke in the morning, I had been tossing and turning all night, two nights I could not sleep,’ Williams told detectives. 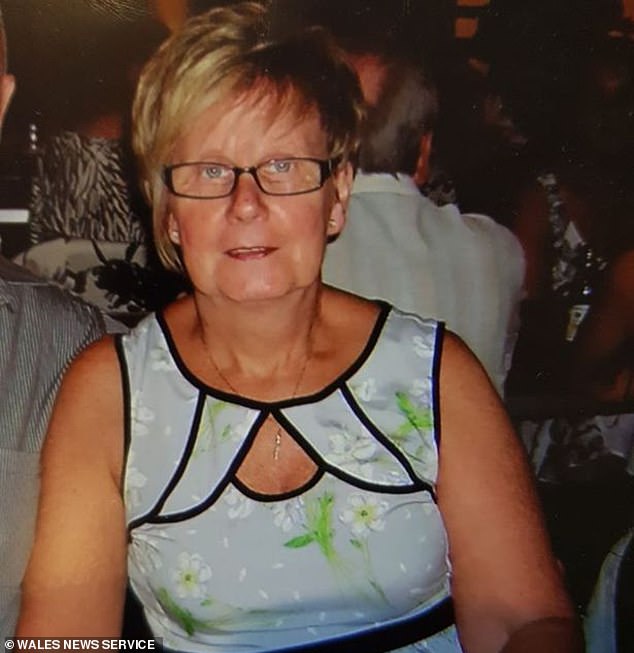 Williams said his wife told him to ‘get over it’ when he shared concerns about his finances. He told the court: ‘I just snapped. I started screaming and she tried calming me down’

‘My wife said “get over it” or “come on – get over it”. I just snapped. I started screaming and she tried calming me down.

‘I had my hands around her throat, and I was actually choking the living daylights out of her. I had all these scratches over me and she is fighting me back.

‘She managed to get away from me and went downstairs. I went after her and she went to unlock the doors to go out and I tried to stop her.

‘I just had my hands on her throat and I was just throttling her to death. Then I was going to commit suicide but I couldn’t. I did mean to kill her but to kill myself after as well.

‘I know you didn’t want to hear that but there’s no more for me to say because that’s part and parcel of what happened.’

The officers asked Williams about what was on his mind the night before his wife died.

‘It’s everything … finances. One of the things I was worrying about was having to stay in as of Monday, it just dawned on me,’ Williams said.

‘I’m not a clothes horse, and it dawned on me, I only have two pairs of shoes, one of them nearly worn out.

‘It’s little things like that going on in your mind all the time.’

The detectives asked Williams further questions about his financial worries, and he replied: ‘Not my immediate finances, we don’t get a lot of pension and we’re living a lot on our savings. 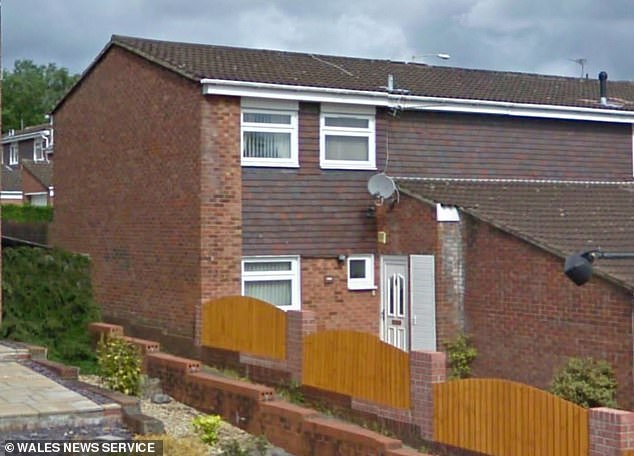 Williams, of Brynglas, Cwmbran, is on trial at Swansea Crown Court accused of murder, which he denies, but has admitted manslaughter by reason of diminished responsibility. Pictured: the couple’s South Wales home

‘I’ve been in the habit of just going in the bank and transferring it over when necessary.

‘You can’t do that at this moment in time, it’s a worry on my mind then. I actually transferred some money to my current account. I think about what if that was wiped out, what would I do?

‘It’s just a multitude of things like that I worry about.’

Williams was asked whether there was one thing keeping him awake the night before the murder.

‘I don’t think it has but it might be, you don’t know. It’s there, it might be a reason I am not sleeping.’

A detective asked: ‘Throughout this night you said you had these things on your mind. You’ve had the finances on your mind, which partly why you think you were not sleeping, tossing and turning.

‘The fact you were worried about accessing your money and you usually do it little bits at a time. That’s obviously been impacted by the virus and you said things like you only have two pairs of shoes.

‘You said one is nearly worn out and Ruth is worried about the virus lately and you think in the back of your mind you have been worried as well. Is that correct?’