FOR years Paul Barney was in a living nightmare – trapped by the horrors he witnessed when a 15,000 ton passenger ferry sank in the icy Baltic Sea.

The once adventurous traveller was so depressed he could no longer get out of bed and loud sounds would transport the 61-year-old Brit back to his desperate fight for survival in the raging waters. 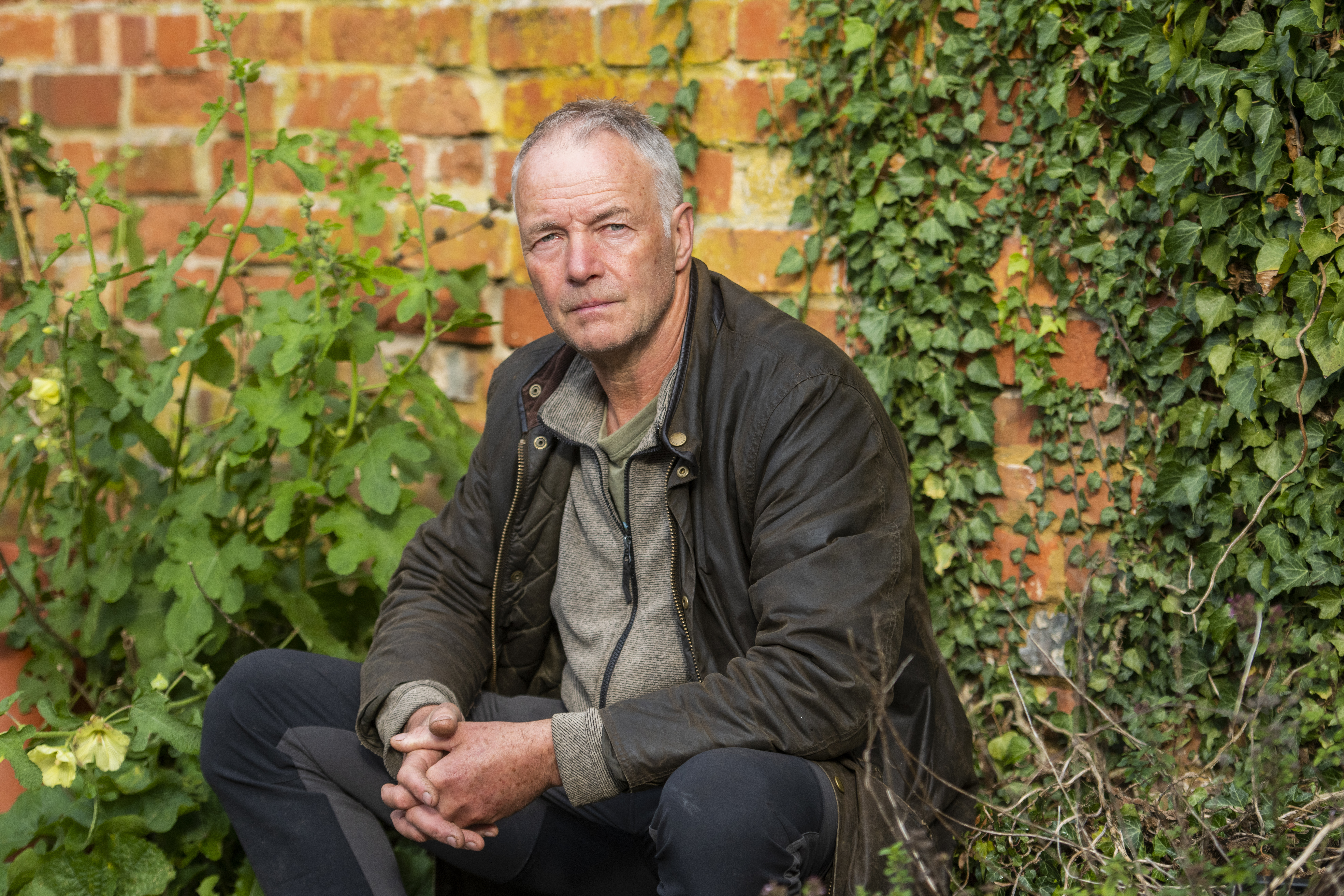 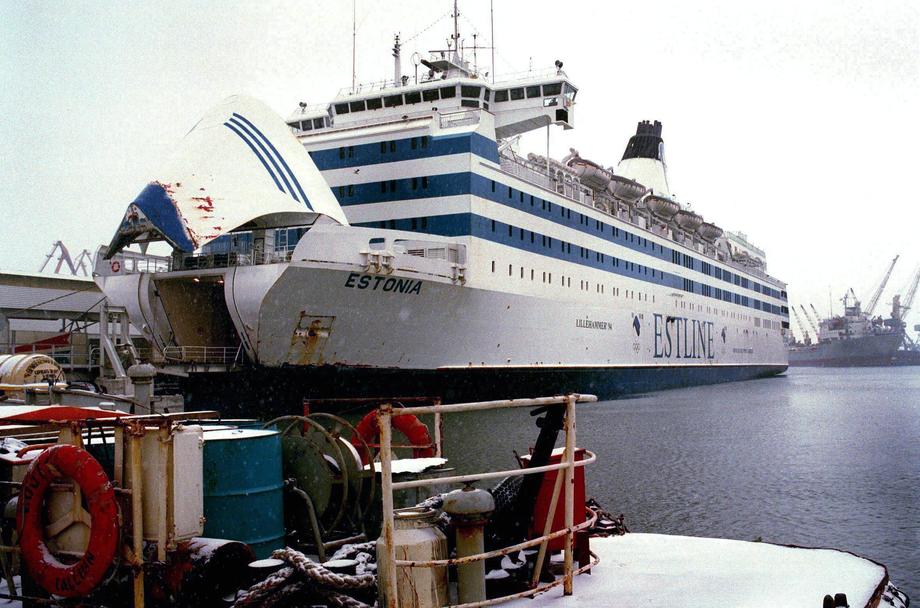 Hailed as a hero after the disaster in 1994, Barney now wants to know the truth about a connection between Britain’s spies, Cold War missile secrets and the capsizing of the MS Estonia.

It was the worst post-war maritime disaster in Europe, claiming 852 lives.

New footage from the wreckage of the ship reveals a huge hole in the hull.

Those images not only contradict the official cause of the disaster, which was a fault in the bow doors, but suggest there might have been an explosion. 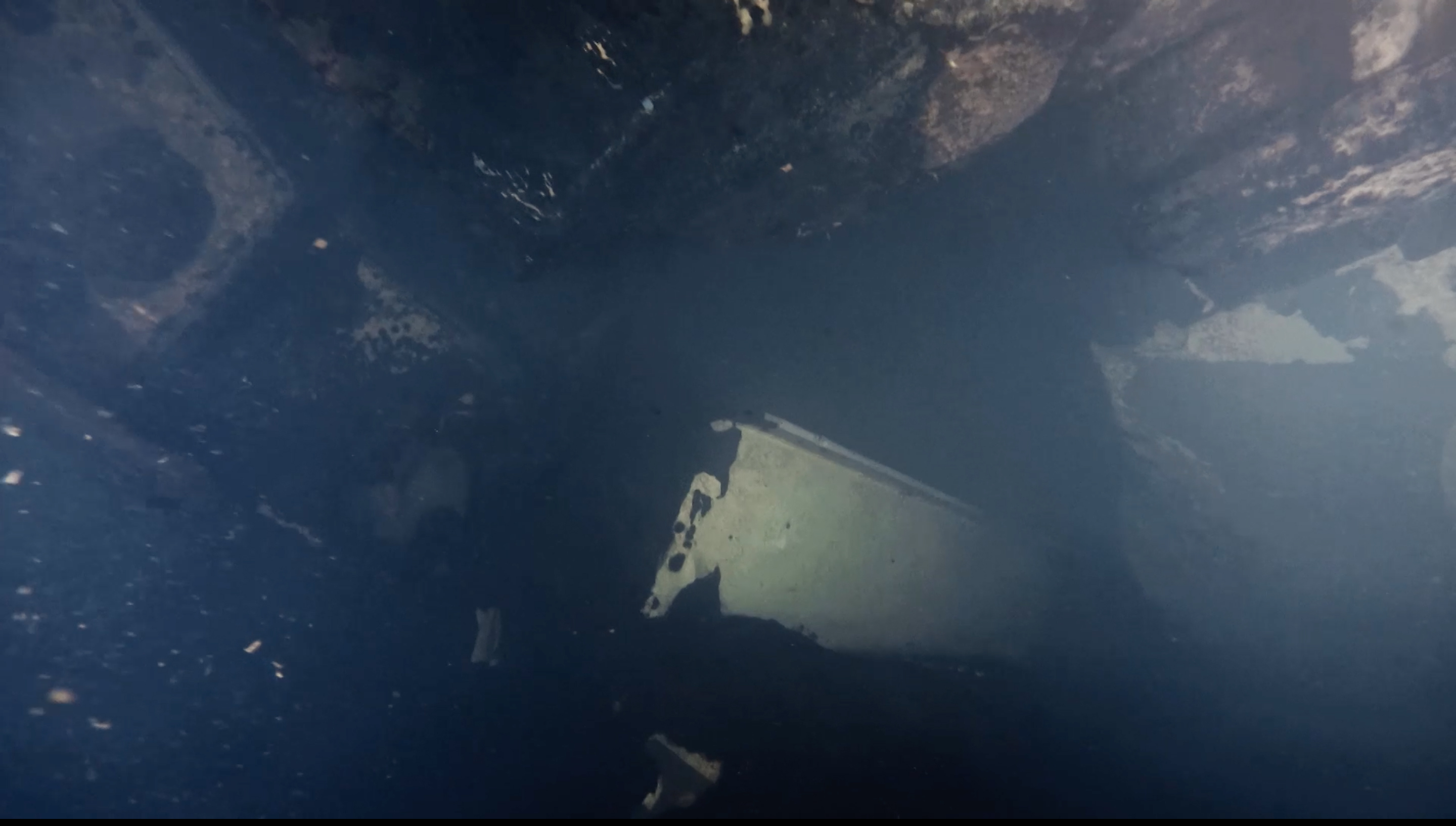 Survivors, including Barney, reported hearing a bang before the ship went down.

And a new Discovery Channel documentary claims that MI6 were warned to stop smuggling Soviet tech on the Estonia “or else.”

The British government signed a treaty in 1995 making it illegal for anyone to dive down to the wreckage.

That meant the documentary makers had to break the law in order to get to the truth.

Barney wants to know why. 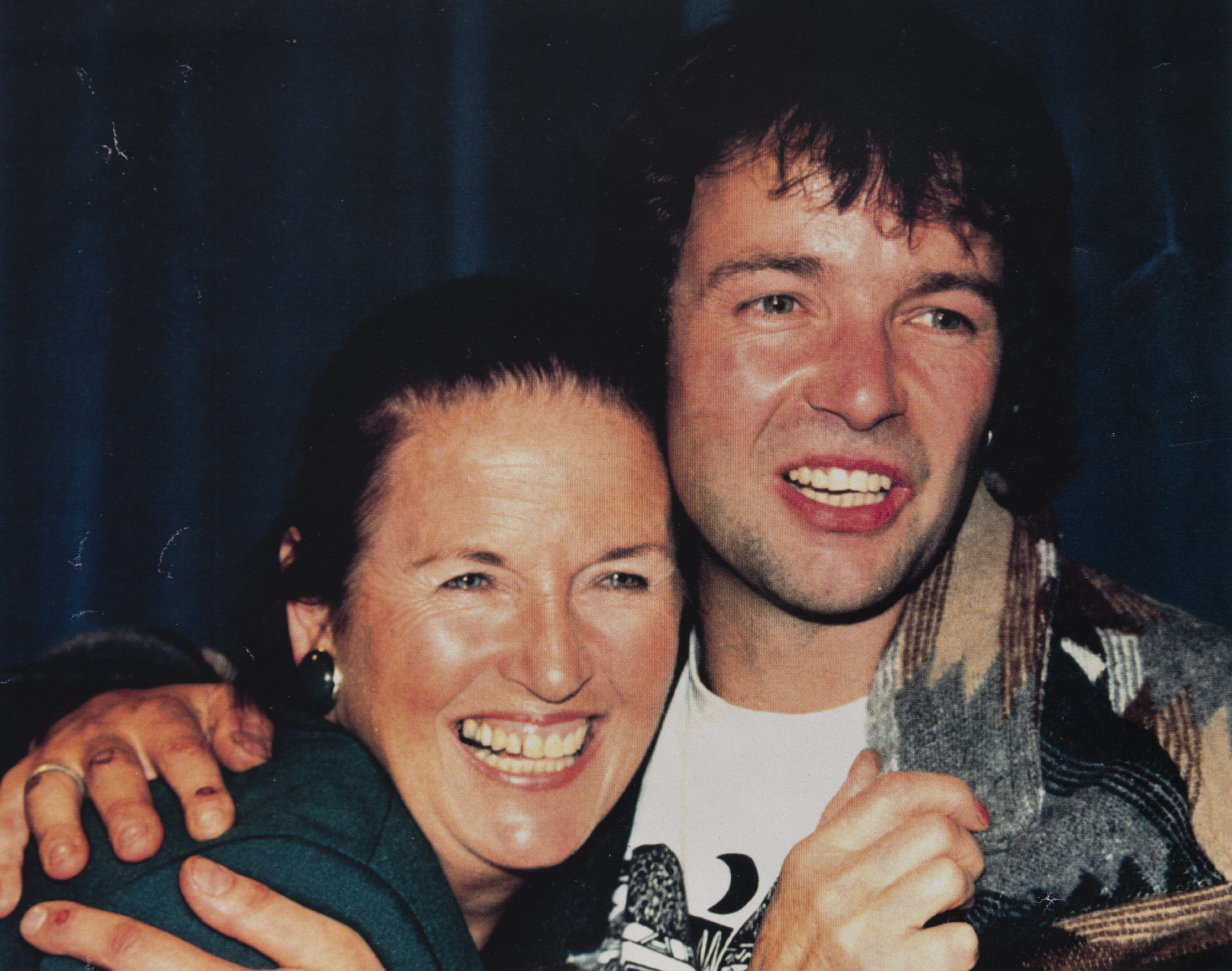 The landscape gardener from Reading, Berks, tells The Sun: “I want the British government to finally tell the truth about what happened to the Estonia and the extent of British involvement in this disaster.

“It was no secret that Soviet military technology was being bought and smuggled out in the free for all that followed the collapse of the Soviet Union and that Estonia was the conduit.

“This seems to be the link that explains why the UK government, as the only non-Baltic nation, signed a treaty that means the wreck remains on the sea bed and no one can explore it. 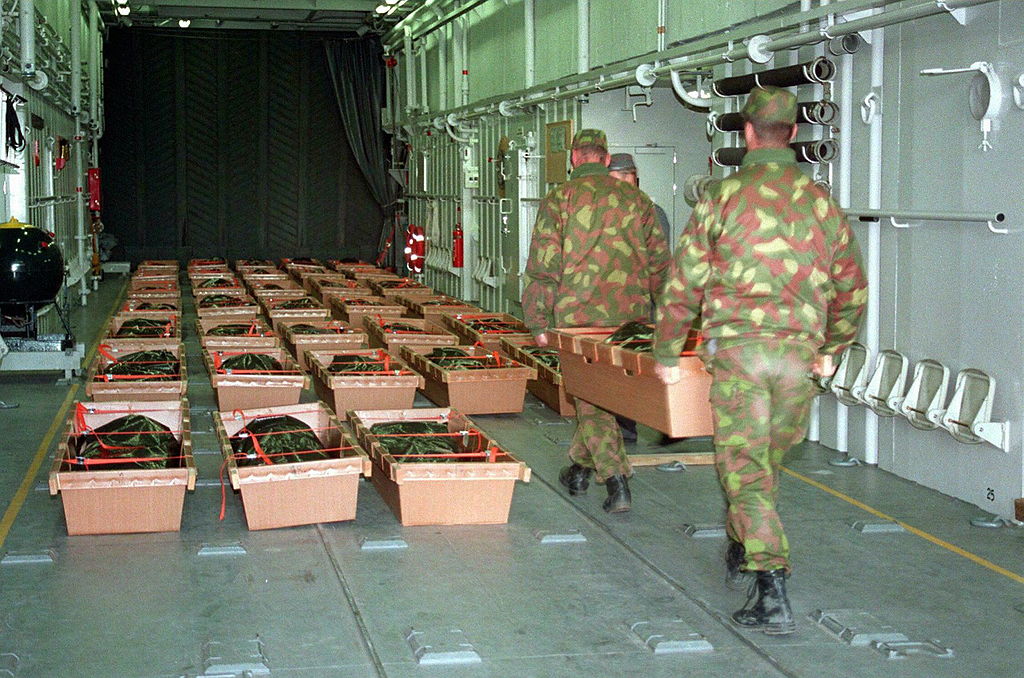 “Why did we sign that treaty? There seems no possible civilian reason. The only explanation can be military.

"We have never had an explanation from our government.”

After communism collapsed in Eastern Europe at the end of 1991, Soviet military equipment became available on the black market.

It was the wild east, with gun runners and generals making a quick rouble while they could.

Western governments wanted to get their hands on the latest hardware and MI6 started smuggling it out via the tiny Baltic state. 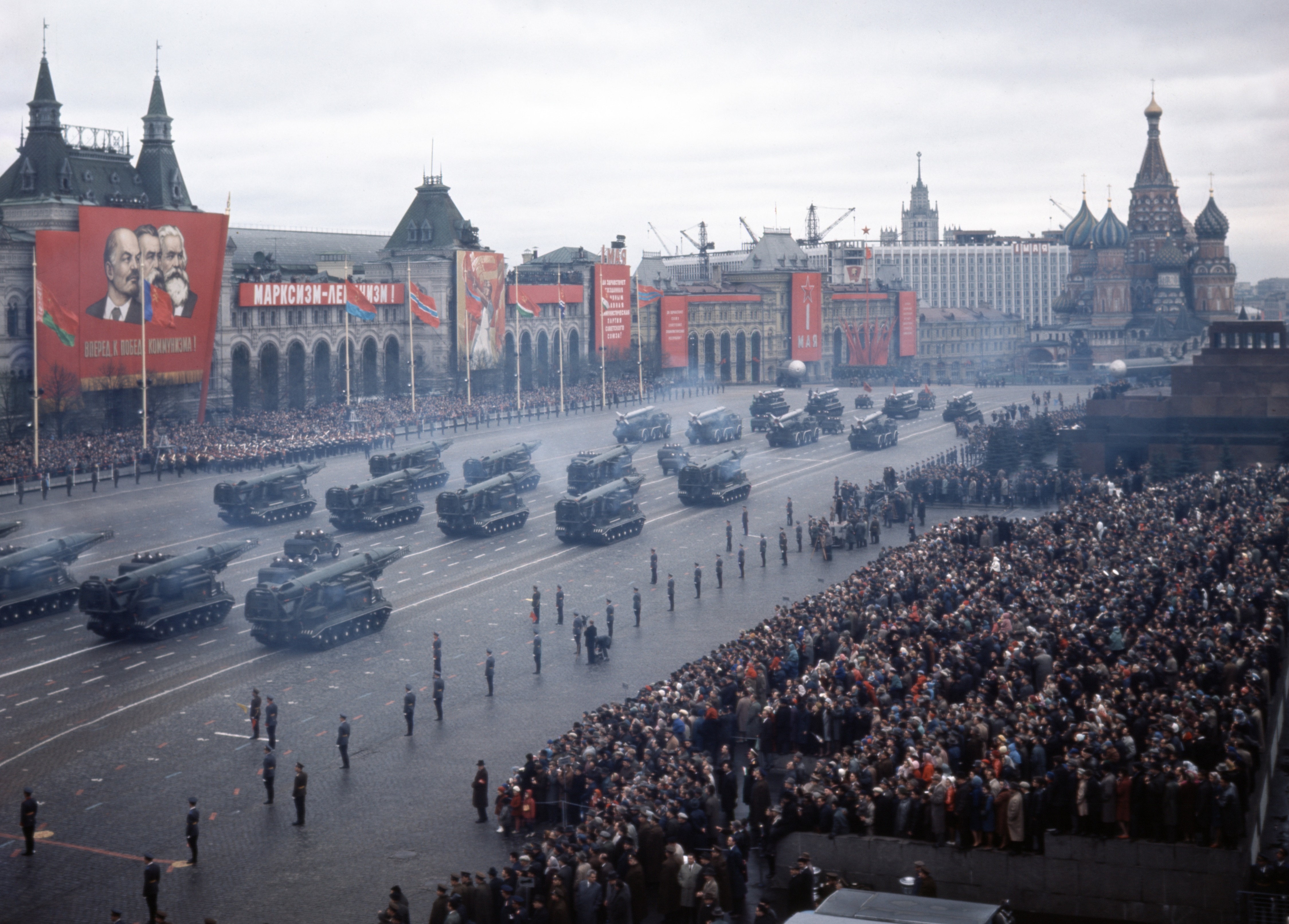 A journalist confirmed that Richard Tomlinson, a former MI6 agent, confirmed this rumour in 1998.

And later an official Swedish government investigation concluded that the MS Estonia was used to transport military cargo two weeks prior to the disaster.

The lead investigator reported that there was no "indication" of smuggling on September 28, 1994, when the ferry sank. 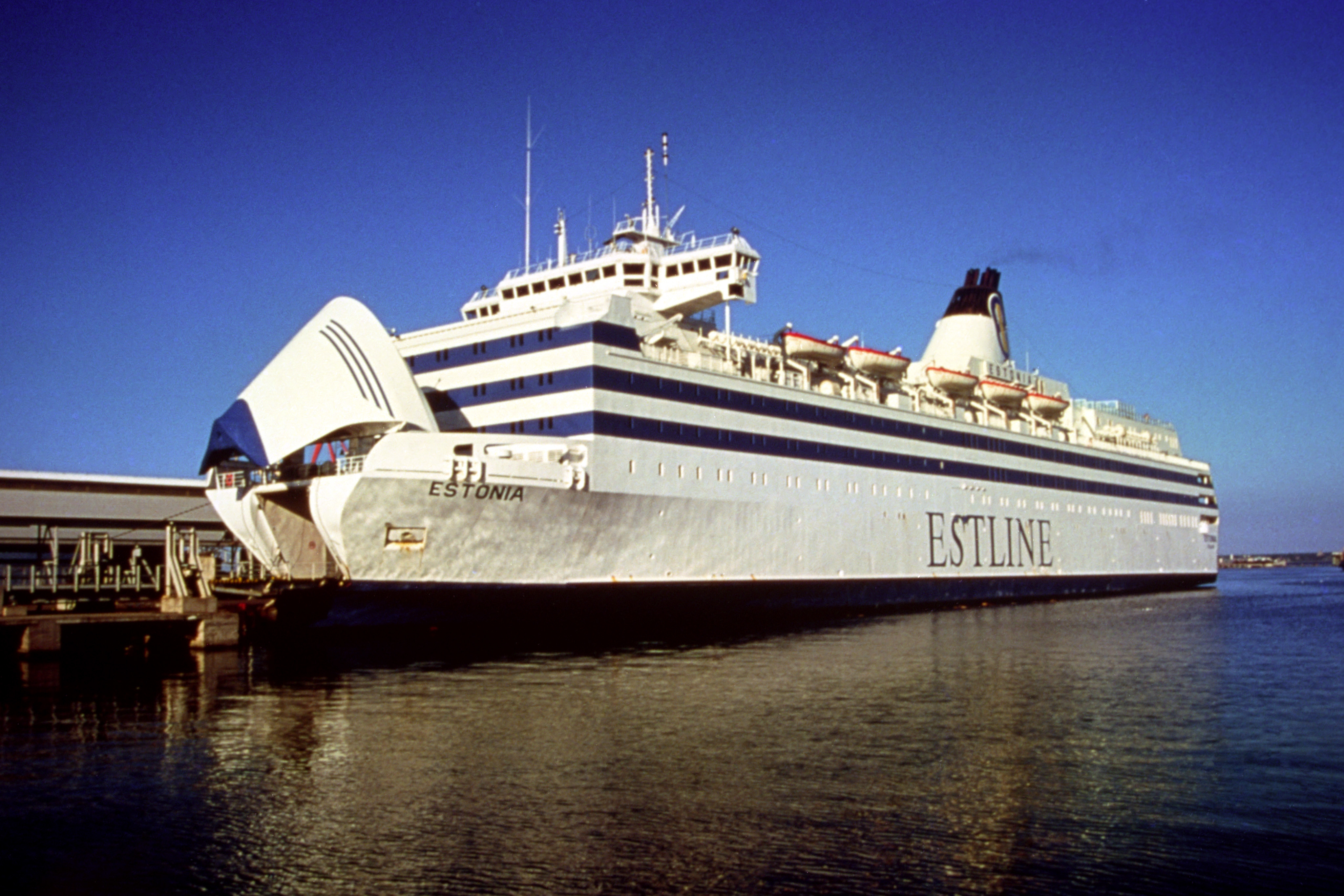 But two witnesses claim they saw military trucks and soldiers swarming around the Estonia on the day of its departure from the capital Tallinn.

What was on board those vehicles?

Another MI6 agent, who didn’t wish to be identified, told a journalist that it contained crucial information about the Russian ballistic missile programme and electronic equipment connected to it.

The spy also claimed there had been a direct warning from the Russians to MI6 to stop smuggling out their tech on the Estonia.

The 989 crew and passengers on board that fateful night were unaware of this. 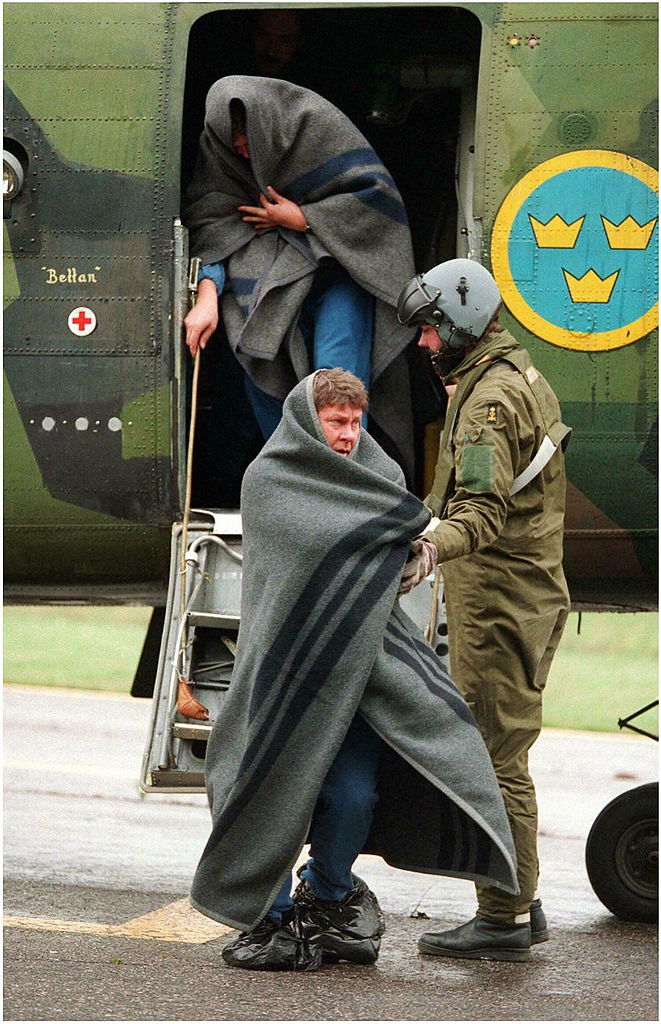 For a long time Barney accepted the conclusion of the inquiry into the disaster, which was that the bow doors had been ripped off by large waves and water had flooded into the car deck.

Now he believes there must be another explanation.

He says: “Initially I do not think many thought there was foul play but that was at the beginning and then we had the ridiculous official investigations that were so bad and took so long.

“They came up with nothing other than the bow doors were ripped off but now the documentary makes it clear that engineers who inspected the underwater footage said they were intact. 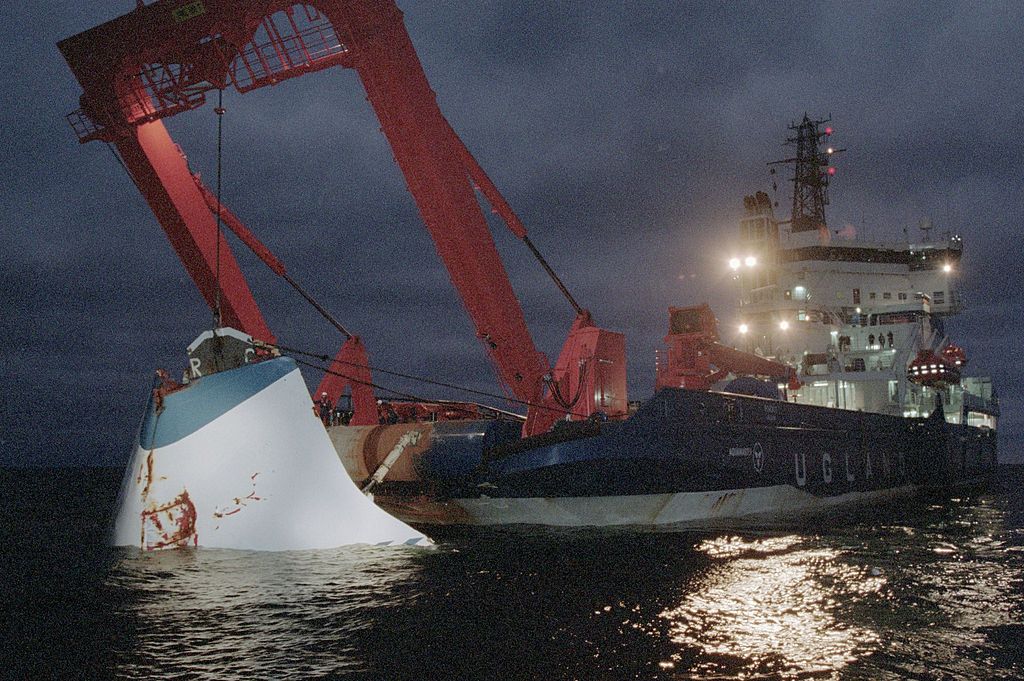 “Crew members also said the ramp behind the door was intact when they escaped. The whole investigation is fraught with strange goings on.

“Realistically the ship went down too quickly for the bow visor to be responsible and now we have proof of this unexplained hole. What caused this hole?”

'Too traumatic to bring it up'

That remains a mystery.

There are several possibilities, it could have been caused by a collision, an explosion among the military tech or a bomb planted by the Russians. 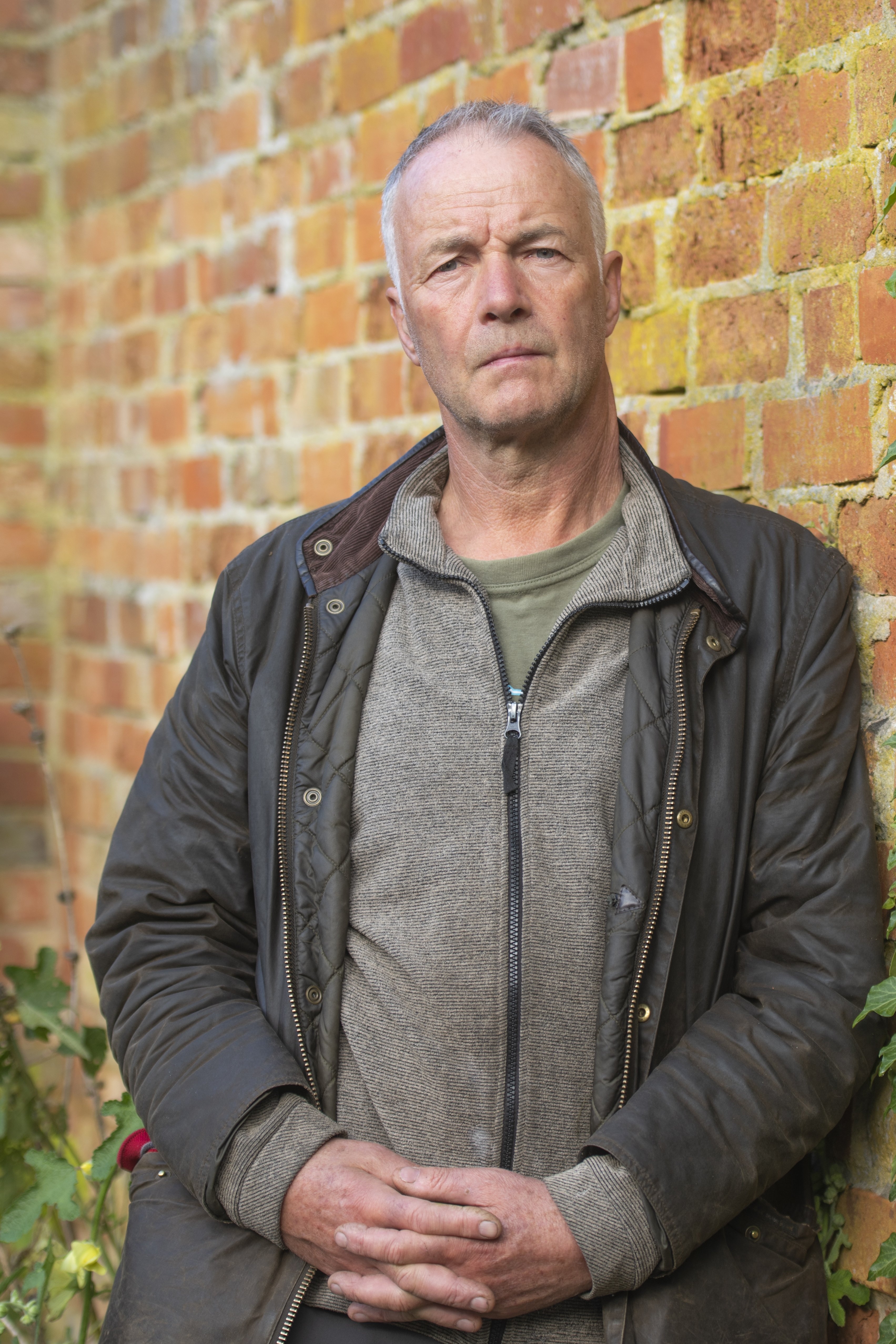 The only way to do that is to conduct a full, forensic examination of the wreck.

Barney continues: “When an airliner is blown up they recover all the pieces at vast expense and piece together what happened.

“The Estonia is only 80 meters down yet the excuse was it was too traumatic to bring it up.”

Documentary director Henrik Evertsson, who is based in Norway, said they could find no information about why the British government was the only non-Baltic country to sign the treaty.

Evertsson was adamant that his team were not interested in “conspiracy theories” but the hole they discovered meant that a fresh investigation was now a necessity.

He says: “We sent an underwater drone down because we felt it was so much important to discover what had happened to the hull, despite the fact that legally it was forbidden. 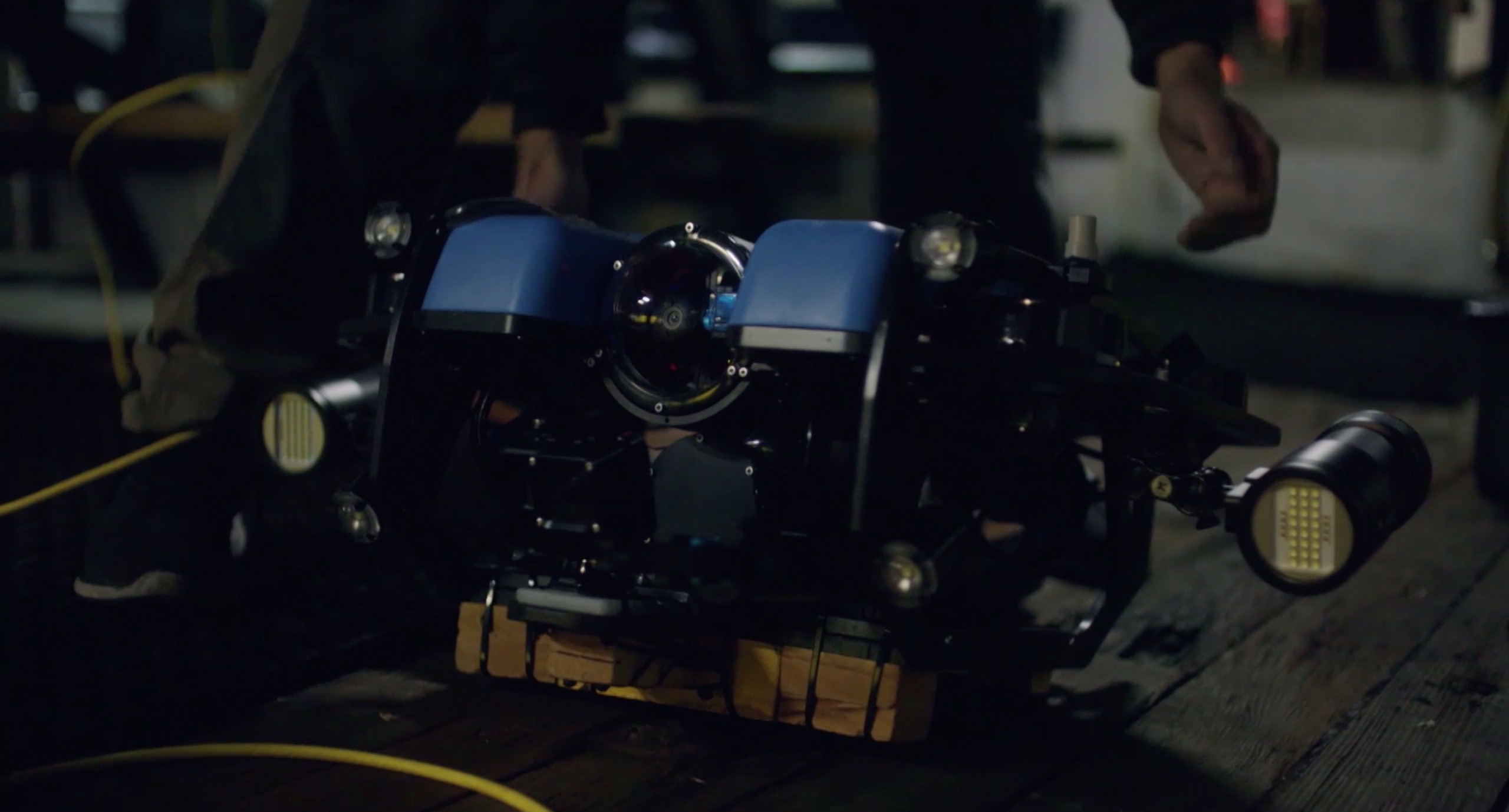 “We found a huge hole in the hull on the starboard side. It was at least four meters high and 1.2 metres wide.

“In fact it was so large that initially we thought two thirds of the hull had disappeared.

“We took it to a naval explosives expert and a university academic who was an expert in mass and speed. We think it was some kind of collision but with what is unclear.”

Surrounded by the dead

This month the Estonian government announced that there would have to be a future investigation in the sinking, in the wake of the fresh evidence.

Barney admits that he will “not hold my breath” that the British government will explain what its interests were in signing the treaty but nor will he forget what happened. 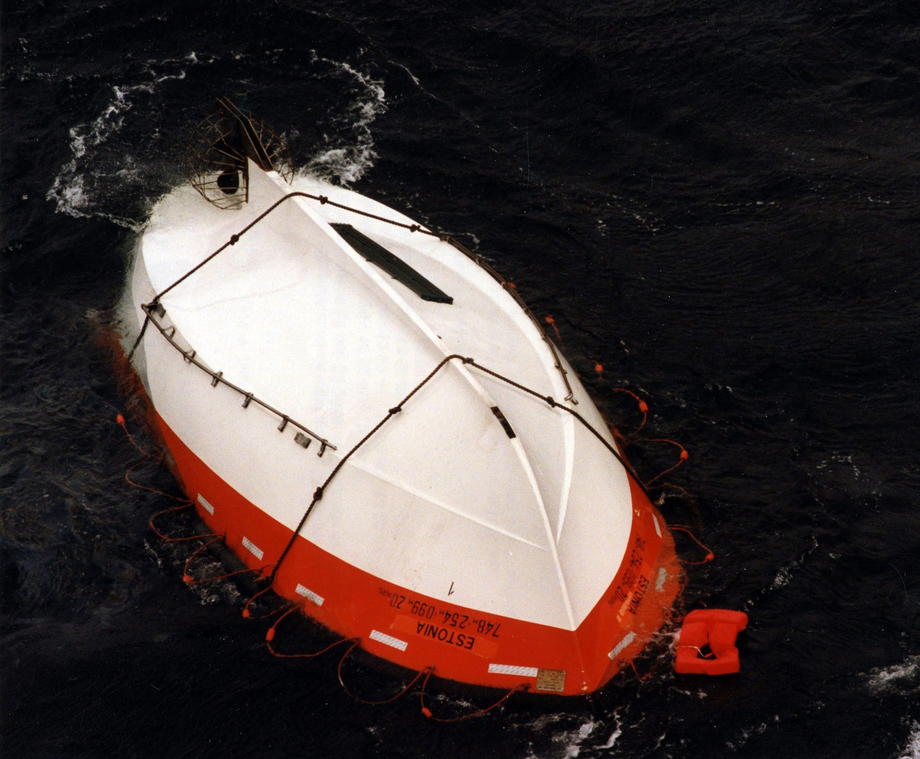 Eventually he found himself in an upturned lifeboat, alongside the dead and dying.

Without that emergency vessel he would have died, because the temperature of the sea was so low it would kill a person in four minutes.

When the helicopter arrived to pluck the survivors from danger, Barney insisted others go first.

Coming so close to death was a trauma he could not shake in the aftermath. 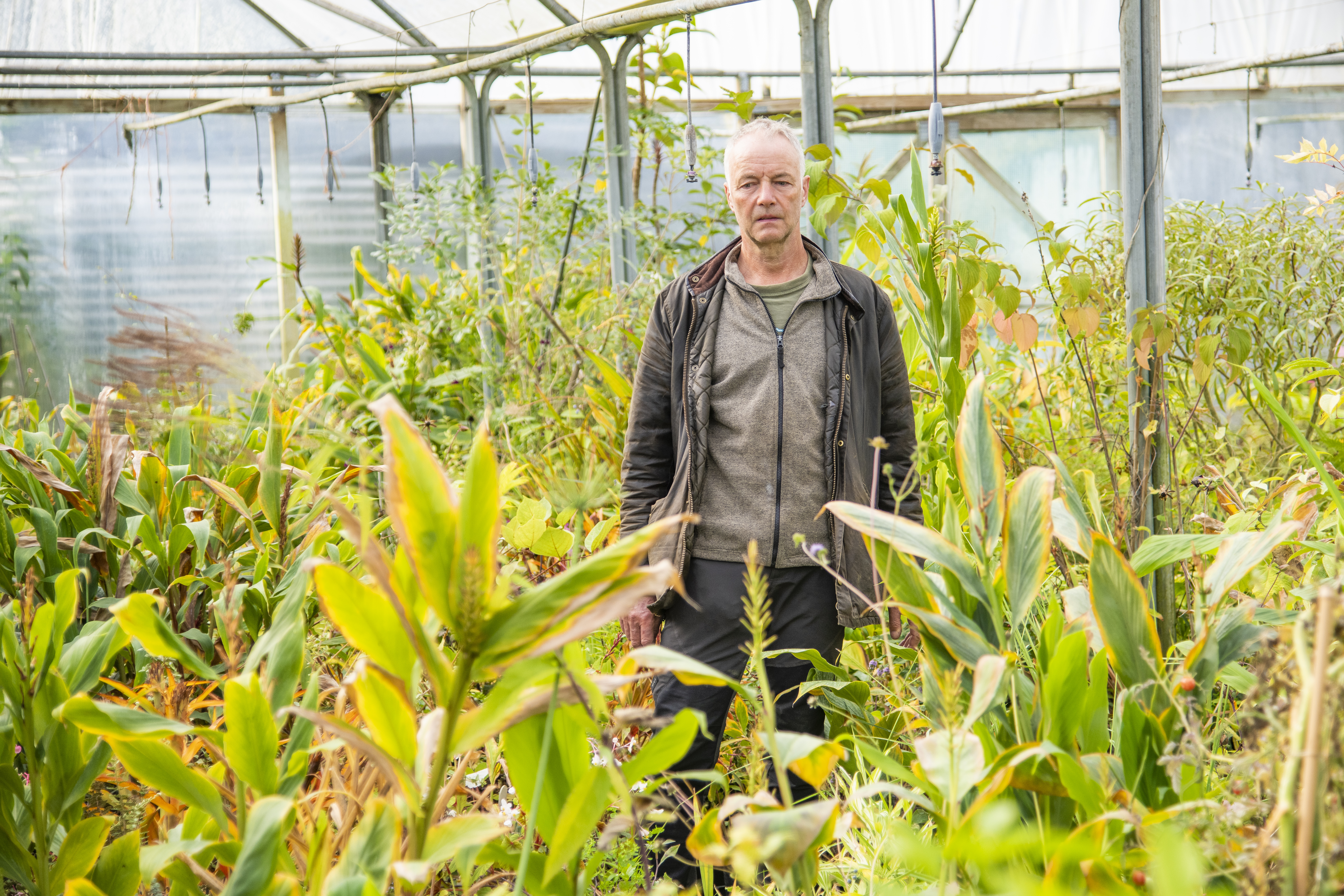 He says: “For three years afterwards I had PTSD. I went into a downward spiral of depression. I am a completely positive person and this was completely new to me.

“The sound of a helicopter would give me a mass adrenalin rush, and my body would think it was back into a life-threatening situation and the end result was depression.

“There were days when I could not even get out of bed. It was just impossible but I was determined not to let it get me for the rest of my life.

I want to finally have some answers from my government.

“I went into therapy and I learnt that this kind of trauma is embedded in the brain and because it happens so quickly you do not have time to process it.

“Literally one morning I woke up, realised I had got my sense of humour back and my PTSD was over.”

Search for the truth

Barney said that he received scant support from the British government afterwards.

Now married with two kids, Barney, who runs his own business, spent many years travelling the world determined to “live your dreams” after coming so close to death. 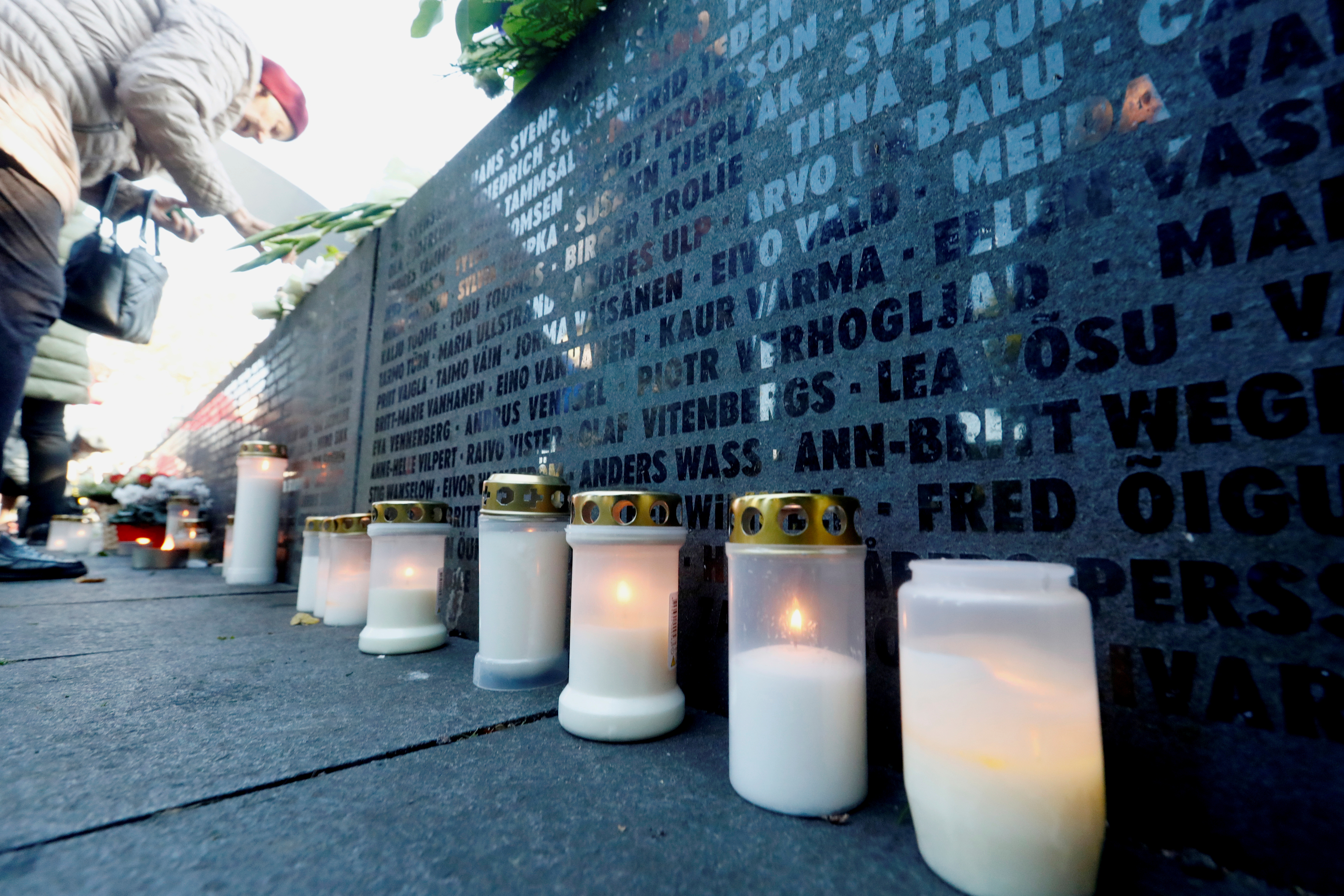 But by his own admission, the landscape architect, still carries the emotional and psychological consequences of that fateful night.

He concludes: “I am very bad with people complaining about the minutiae of life. I look at the bigger picture, so I am not good at empathising.

“But I am good in a crisis. I am also very determined and I want to finally have some answers from my government.”