Rep. Ilhan Omar, D-Minn., blamed police for the recent rise in crime in Minneapolis, accusing the city’s officers of not fulfilling their oath of office.

“What we must also recognize is that the reduction in policing currently in our city and the lawlessness that is happening is due to two things,” Omar said during a town hall event Saturday in Minneapolis.

One of them, she said, is that “the police have chosen to not fulfill their oath of office and to provide the public safety they are owed to the citizens they serve.”

Minneapolis, the state’s largest city, has had to fight the surge while its police department suffers from staffing and morale problems after the death of George Floyd in the city, something some say has fueled the crime surge. Others have pointed to a rise in unemployment and other stresses brought on by the COVID-19 pandemic, noting that other large cities have experienced similar issues.

But Omar pinned the blame squarely on the shoulders of the city’s police department, accusing it of being “dysfunctional.” 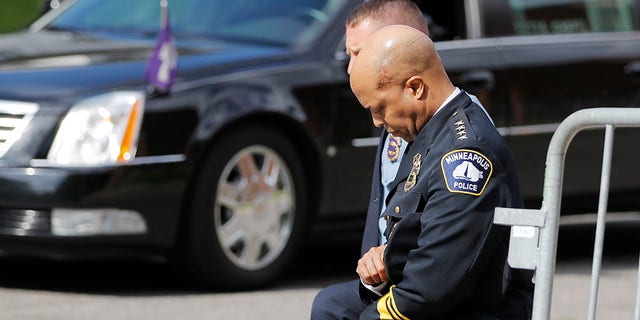 “The Minneapolis Police Department is the most dysfunctional in our state and probably in the country,” Omar said.

The Democratic lawmaker blasted the department for a lack of accountability, saying that it is something that “doesn’t exist in this moment.” 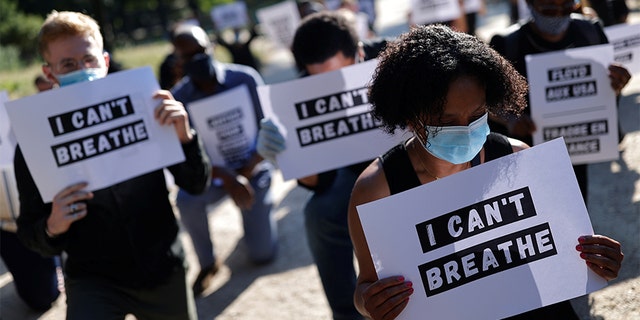 People protest against the death in Minneapolis police custody of George Floyd, next to the U.S. embassy in Paris, France, June 1, 2020. (Reuters/Christian Hartmann)

I don’t know any other big city in the state of Minnesota that has the charter that we have,” Omar continued.