THE Indian Covid variant now makes up 91 per cent of all cases in the UK as fears over the June 21 lockdown lift grow.

The latest figures are based on an assessment seen by Matt Hancock last night. 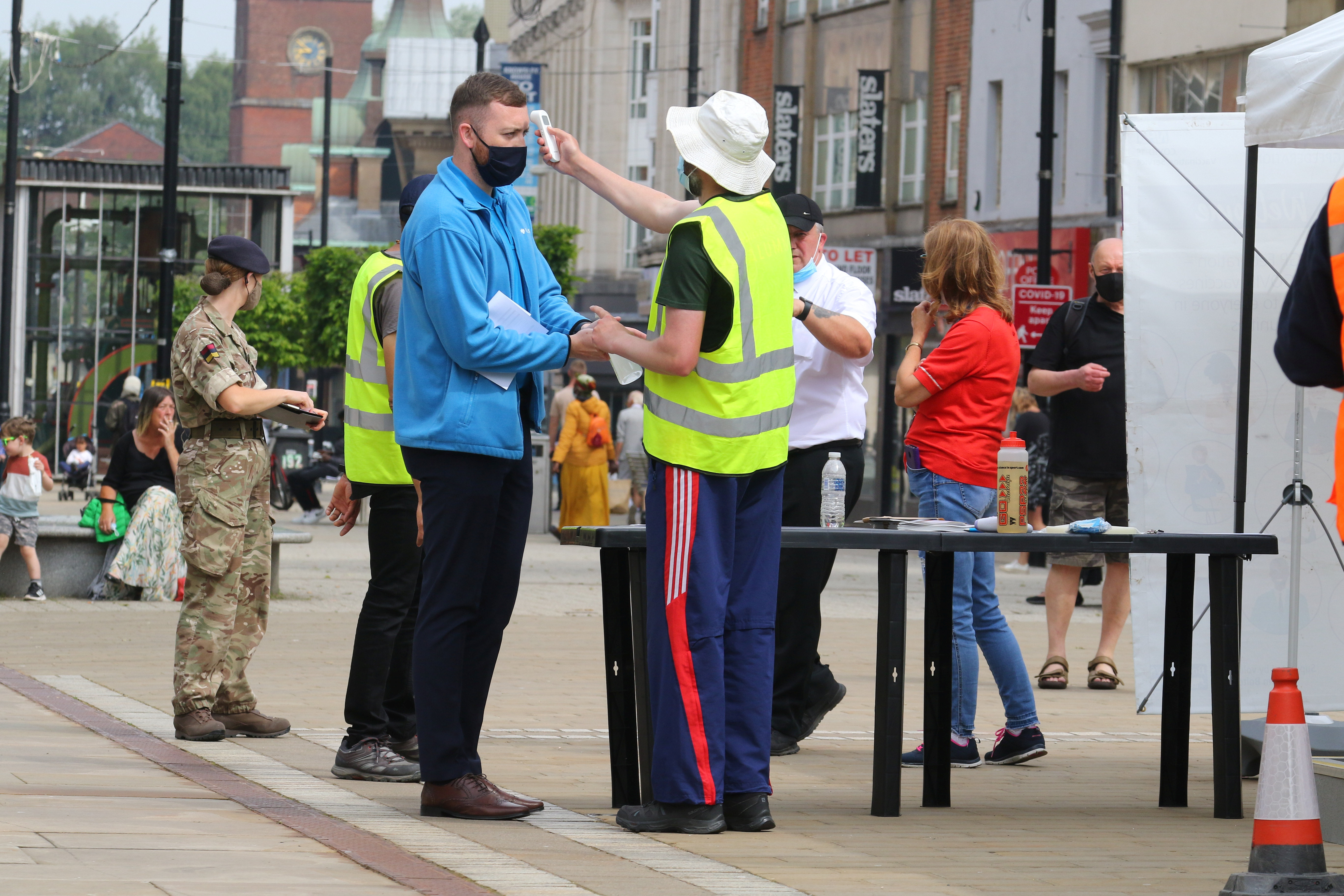 Blackburn with Darwen in Lancashire continues to have the highest rate of infections in the country, with 867 new cases in the seven days to June 5 – the equivalent of 579.2 cases per 100,000 people.

Areas in the region make up the top 16 of most infected places in the country, with Bedford in the East of England coming in at number 17 after being an area of concern for public health officials.

The Indian variant – now known as the Delta variant – has meant that surge testing and increased vaccine capacity has been rolled out. 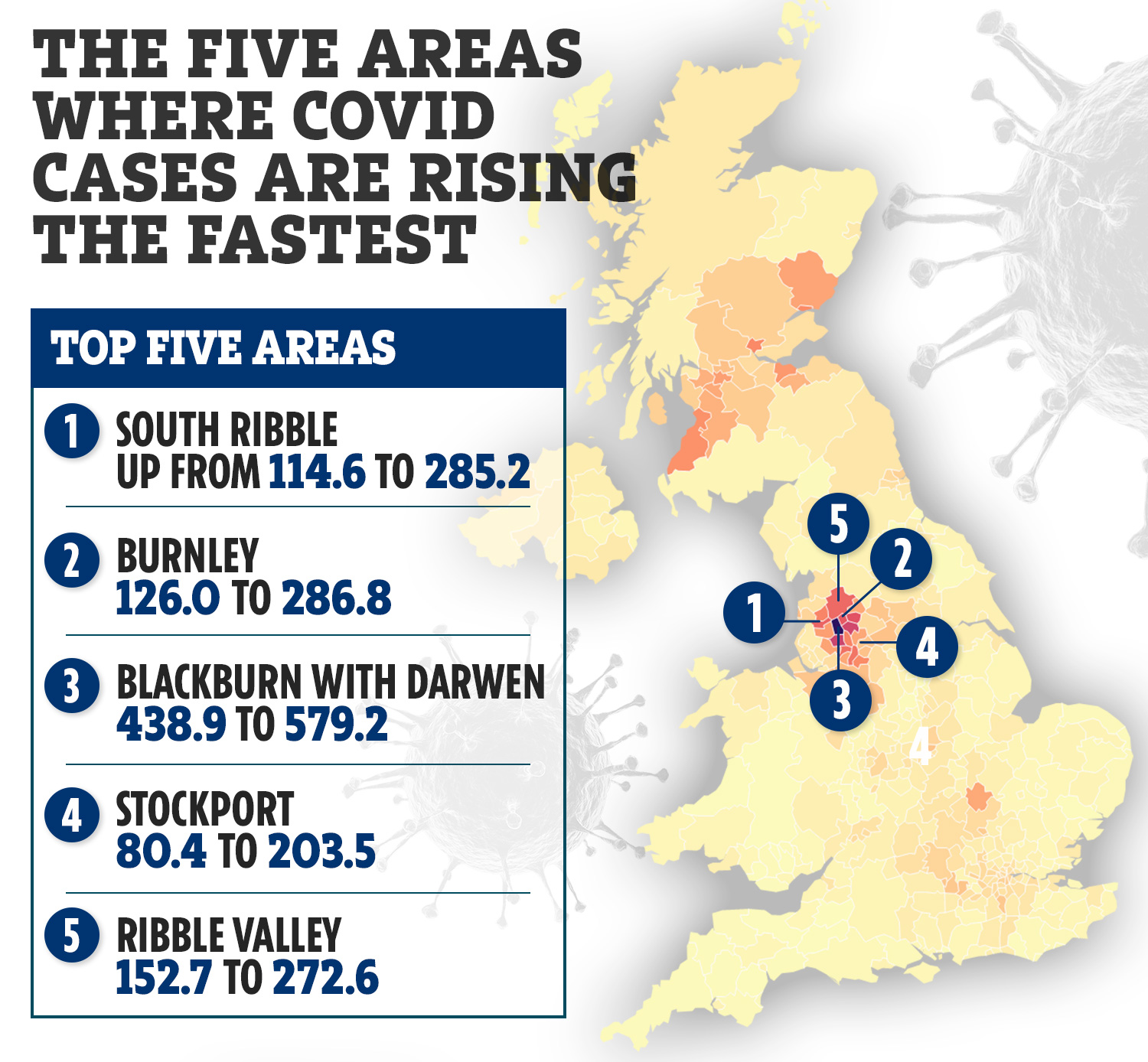 It comes Boris Johnson gets set to announce on Monday if England's Step 4 to ease restrictions can go ahead on "Freedom Day", currently pencilled in for June 21.

The government is currently weighing up the move amid fears over the spread of the Delta strain.

Cases in the UK yesterday rose by 7,540 – the highest leap in daily infections since February.

And Mr Johnson gave his biggest hint yet that the June 21 date could be delayed.

A senior government official yesterday told the Financial Times that fears about the new variant meant a “mix-and-match approach is probably on the cards".

And a cabinet minister told the paper officials are “trying to find a solution that pleases the PM’s instincts” to reopen the country. 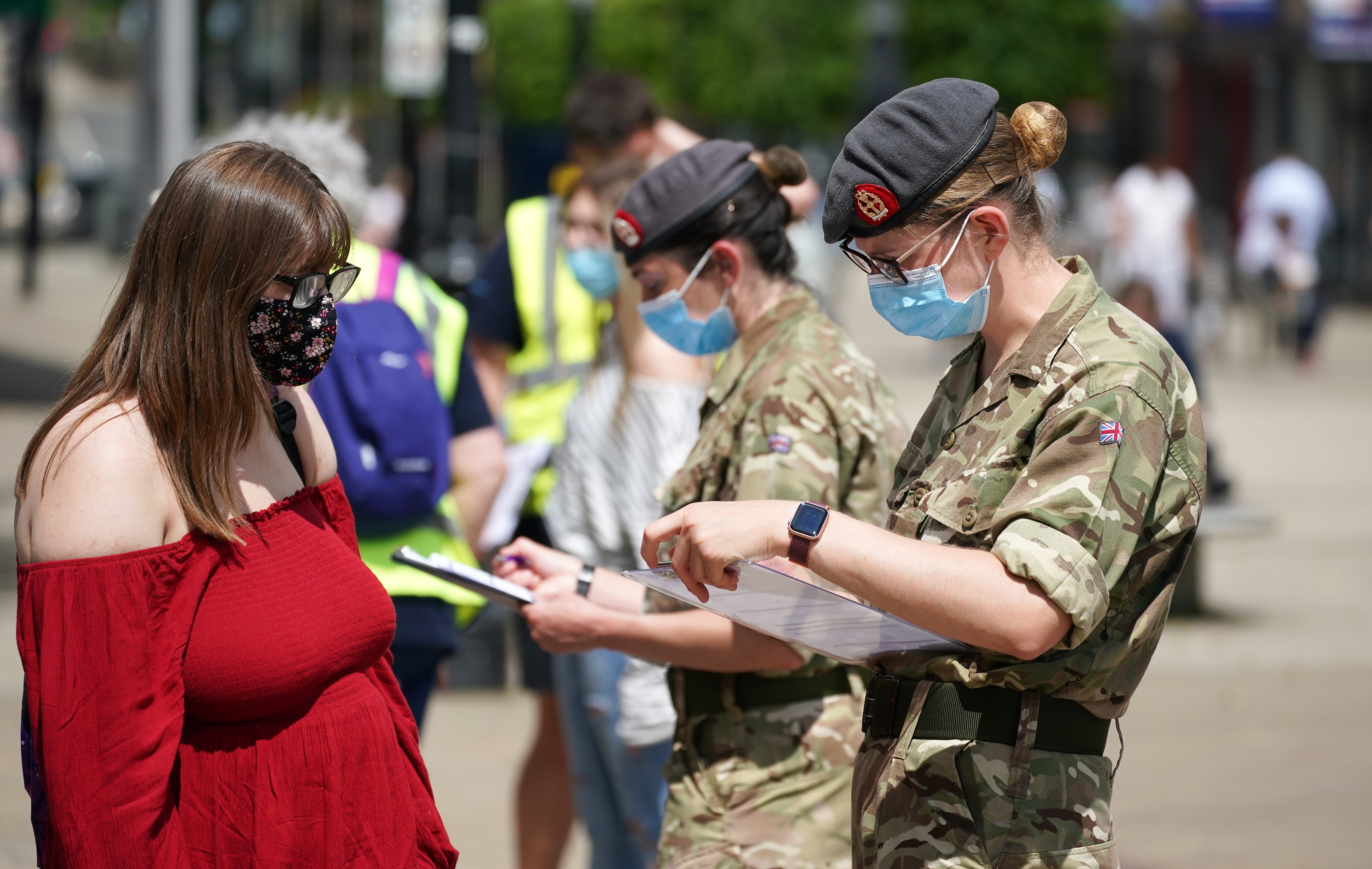 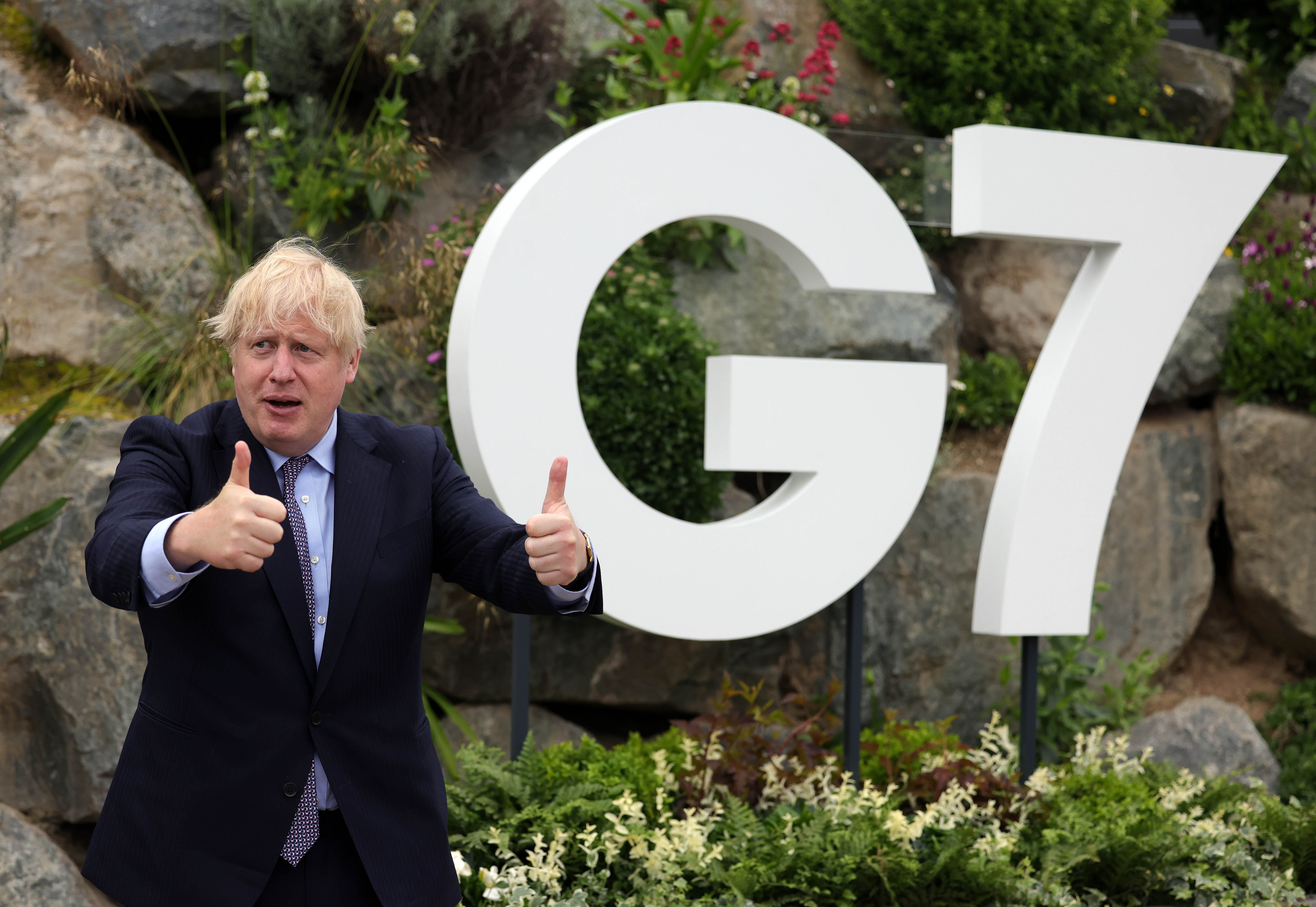 The minister said it would be "easy" to allow larger weddings if regualtions were tweaked, but nightclubs weren't likely to reopen "for a while".

Meanwhile, another senior government official said a hybrid plan to ending restrictions was under consideration, but said it would be “very complicated” to implement.

The official said: “What would you choose? Deciding the public health benefits would be difficult."

Yesterday, he PM pointed to rising cases, as well as an increase in hospitalisations, in parts of the country – and refused to commit to unlocking in two weeks.

It is the first time in weeks he hasn't said there remains "nothing in the data" that risks derailing the roadmap.

Speaking as he touched down in Cornwall for the G7, the PM said: "On Monday… we'll have a look at where we are.

"I think what everybody can see very clearly is that cases are going up, and in some cases hospitalisations are going up.

"What we need to assess is the extent to which the vaccine rollout, which has been phenomenal, has built up protection in the population in order for us to go ahead to the next stage. And so that's what we'll be looking at."