Ireland could keep pubs, bars and sports venues closed for 18 MONTHS until a coronavirus vaccine is found

Ireland’s pubs, bars and sports venues may have to keep their shutters down until a coronavirus vaccine is developed.

The country’s health minister, Simon Harris, has cautioned that while they aim to get pupils back to school as quickly as possible places where people ‘can’t safely social distance’ will likely have to stay closed for some time.

Although more than 80 projects to find the holy grail coronavirus vaccine have been launched, it is unlikely to be available for mass administration for the next 12 to 18 months.

Ireland has recorded 571 deaths from Covid-19 and 14,758 cases. Taoiseach Leo Varadkar closed all pubs and bars on March 16, a day before St Patrick’s day, and initiated a nationwide lockdown on March 27. 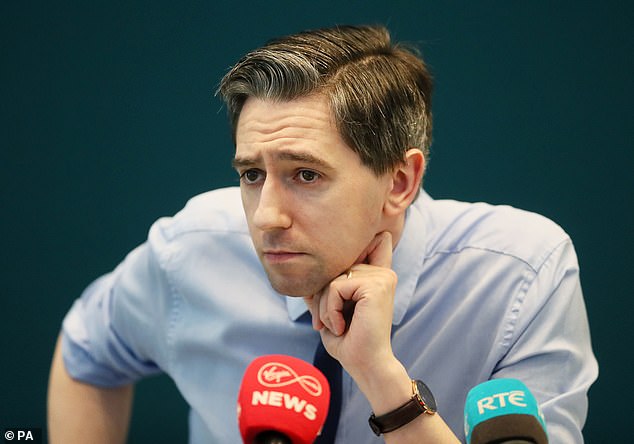 Ireland’s health minister Simon Harris said in an interview with a Sunday newspaper that the country was focusing on getting children back to school. He is pictured above during a press conference in Dublin on April 11 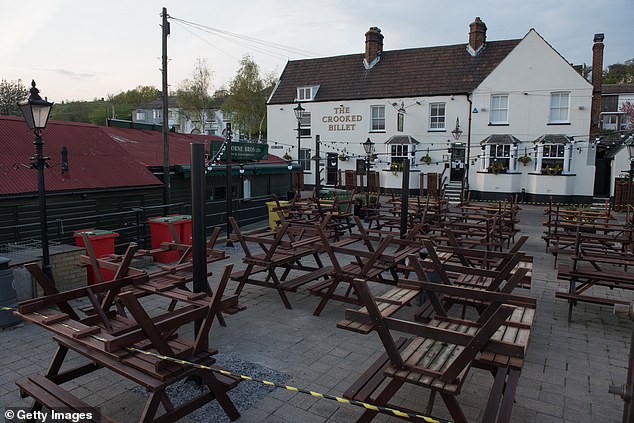 Warning of the staggered re-opening of Ireland’s economy, Mr Harris said: ‘I’d like to see a situation whereby our schools could come back or at least could come partially back.

‘What’s not going to come back quickly are scenarios in which we can’t safely socially distance.

‘So I can’t see how people can be in packed pubs again as long as this virus is still with us and we don’t have a vaccine or an effective treatment.’

There may be some hope of a limited re-opening of pubs over this summer, he said during an interview with the Irish Independent, but ‘even if this was to happen, they would still face very strict limits on the numbers allowed inside’.

The UK government has refused to reveal details of its plan to exit lockdown as prime minister Boris Johnson remains on leave following his battle with coronavirus.

The country’s education secretary, Gavin Williamson, said today he couldn’t give a date for when pupils would be allowed to return to school. 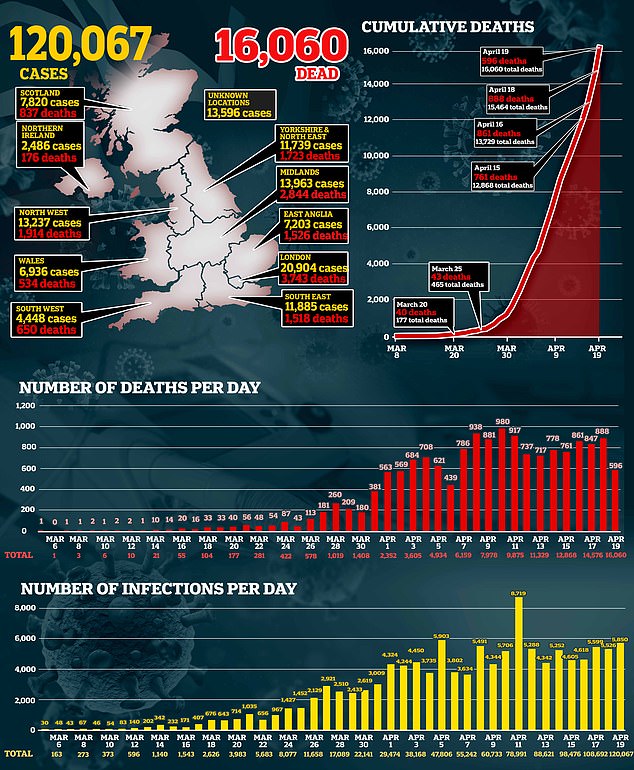 Ministers have called on the government to allow educational institutions to re-open no later than May half term (May 11) in an attempt to get back to normal.

They have also pushed a traffic light plan to ease lockdown misery, which would see schools re-open, clothes shops and garden centres raise the shutters and people allowed back onto public transport by May 11.

The second stage, known as the ‘amber’ step, would see all employees told to return to offices and restrictions lifted on some social gatherings.

However, it also warns that it may not be until late in the year that pubs and restaurants can again re-open and sporting events can resume.

Cabinet minister Michael Gove tried to dampen frenzied speculation over the plan, claiming it was ‘too early’ to make decisions about easing the lockdown.

Asked if the ‘traffic light’ system was the government’s ‘exit strategy’, Mr Gove told Sky News: ‘No it’s not. It is the case that we are looking at all the evidence. But we have set some tests that must be passed before we can even think about easing the lockdown.’ 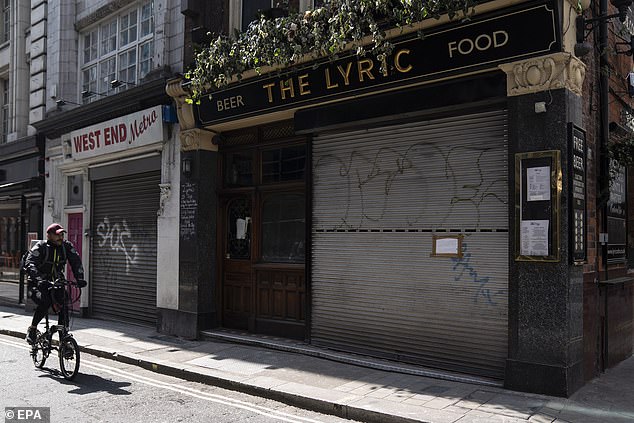 A shuttered pub pictured in central London on April 16. Businesses have been ordered to close until further notice due to the coronavirus outbreak

The UK recorded 596 coronavirus deaths in the last 24 hours, the lowest daily rise in two weeks, prompting many experts to speculate Britain may have passed its viral peak.

However, 5,850 new cases of the virus were diagnosed, a higher daily rise for the past eight days, suggesting the country is not out of the woods yet.

Analysts have warned that the UK could face the worst coronavirus outbreak in Europe.

The study will involve 510 healthy volunteers aged between 18 and 55. The country joins the US and China in beginning trials.