An IS newsletter has urged followers to launch attacks amid the coronavirus pandemic.

A new editorial in the latest al-Naba newsletter has called for members to continue their globe-spanning terror, even as the virus spreads, and provides a list of directives to deal with epidemics.

The commentary added that coronavirus was a punishment for non-Muslims and that no mercy should be shown. 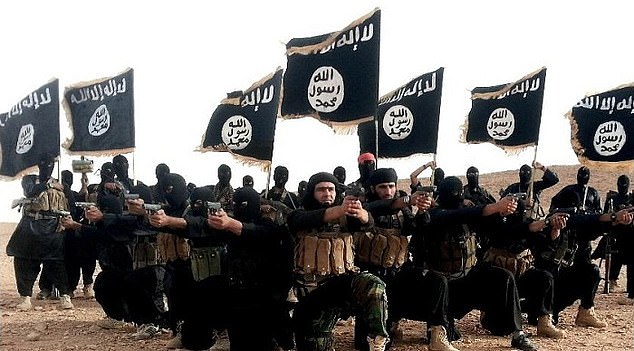 While the list included ‘stay away from sick people’, ‘wash your hands before eating’ and ‘avoid travel to affected areas’, it also included directive to ‘put your faith in God and seek refuge in him’.

The news comes as The International Crisis Group warned the coronavirus pandemic was threatening the global solidarity that is integral to fighting extremists.

Although it it too soon to say which attacks can be blamed on militants exploiting Covid-19, Islamist extremists carried out their deadliest assault yet in late March against the Chad military – a significant contributor to Africa’s growing counter terrorism efforts. 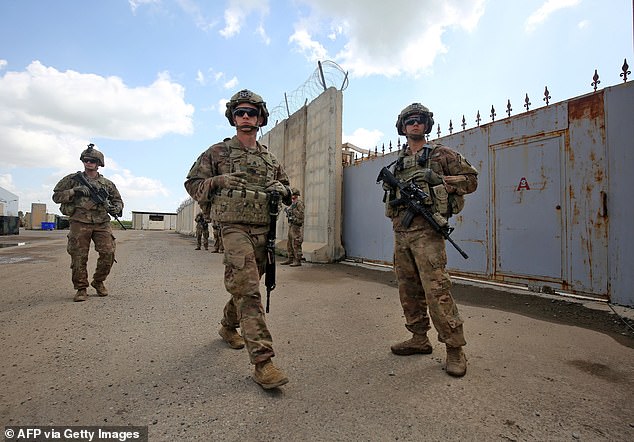 US army soldiers, part of the Combined Joint Take Force Operation Inherent Resolve, walk around the K1 Air base in northern Iraq before a planned pull US pullout earlier this week

Two military officials in Egypt recorded a spike in IS attacks in March in the northern part of the Sinai Peninsula while security forces foiled another three major assaults.

The virus has spread to Syria and Iraq, with the coronavirus pandemic prompting the US-led coalition to halt training activities in Iraq amid a planned pullout from several bases.

There are signs elsewhere that other militaries, including the US and British, are pulling back because of the virus which could leave a possible opening for extremists to attack. 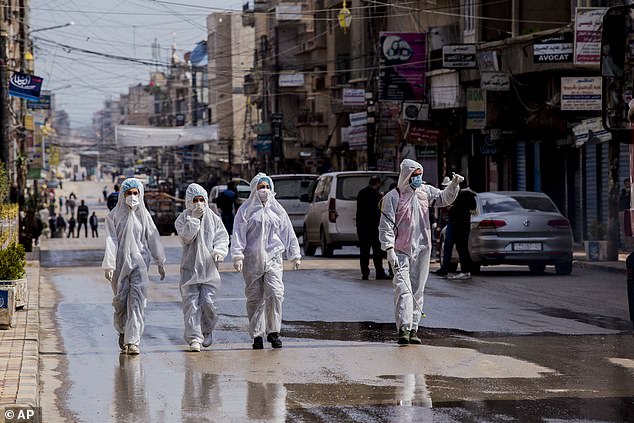 The British army mission in Kenya, which provides counterterrorism training and other skills, also announced this week that all army families will return to the UK because of the virus.

But The French Defence Ministry said it is keeping its 5,100 troops in its largest overseas military mission in West Africa’s sprawling Sahel region.

A pro-Al-Qaida French organisation issued a statement this week urging French forces to stay home and save lives instead. Al-Qaida itself suggested in a statement that non-Muslims use their time in quarantine to learn about Islam.

African military units, already stretched thin and under attack, are likely to take protective measures as the virus threatens their ranks. 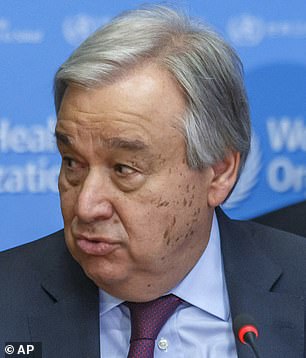 A leaked memo signed by a Nigerian army’s policy chief says vehicles may have to be used for mass burials or transferring the sick to hospitals as the virus spreads.

António Guterres, Secretary-General of the UN, issued a plea in March in which he said: ‘I am calling for an immediate global ceasefire in all corners of the world. It is is time to put armed conflict on lockdown and focus together on the true fight of our lives.’

He added:  ‘Let us take inspiration from coalitions and dialogue slowly taking shape among rival parties to enable joint approaches to Covid-19. But we need much more. End the sickness of war and fight the disease that is ravaging out world. It starts by stopping the fighting everywhere. Now.’

Some extremist groups are showing signs that they are trying to understand and respond to coronavirus.  In Somalia, the Al-Qaida-linked group Al-Shabab held a rare five-day meeting of its leaders in March where they discussed the virus.

An Al-Shabab spokesman said it was too soon to comment though on whether the group would listen to Guterres’ plea, or whether it would allow health workers access to areas it controls.