The half-brother of actor James McAvoy is back in jail after he attacked a grandfather during a brutal road rage attack and left his terrified victim for dead.

Serial criminal Donald McAvoy, 31, and an unknown accomplice pounced on Mieczyslaw Bawor, 57, after the thug’s friend crashed into the victim’s works van in Barlanark, Glasgow in March last year.

The grandfather was repeatedly knifed and smacked with a baton by the attackers – but managed to get a photo of McAvoy before he fled.

McAvoy, who has 43 previous convictions for offences including a string of violent crimes, pleaded guilty to assault to severe injury and was yesterday jailed for four years and 10 months at the High Court in Glasgow.

He is thought to have never met his half-brother Hollywood star James, 41, with whom he shares the same father, James Snr, 61.

The hearing was told how Mr Bawor was driving his work van at around 7.15am on March 27 last year when a Ford Focus crashed into him. 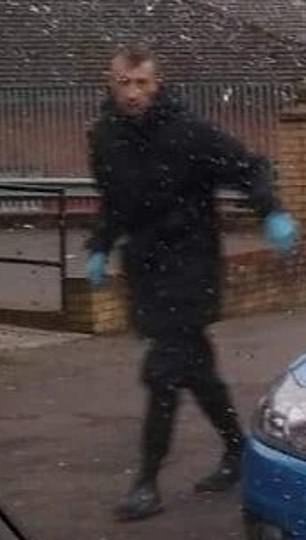 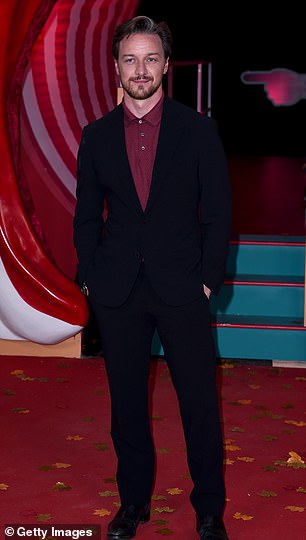 Donald McAvoy (left) is back in jail after he  attacked a grandfather during a brutal road rage attack in Glasgow in March of last year and left his victim for dead. He is thought never to have met his half-brother, Hollywood star James McAvoy (right) 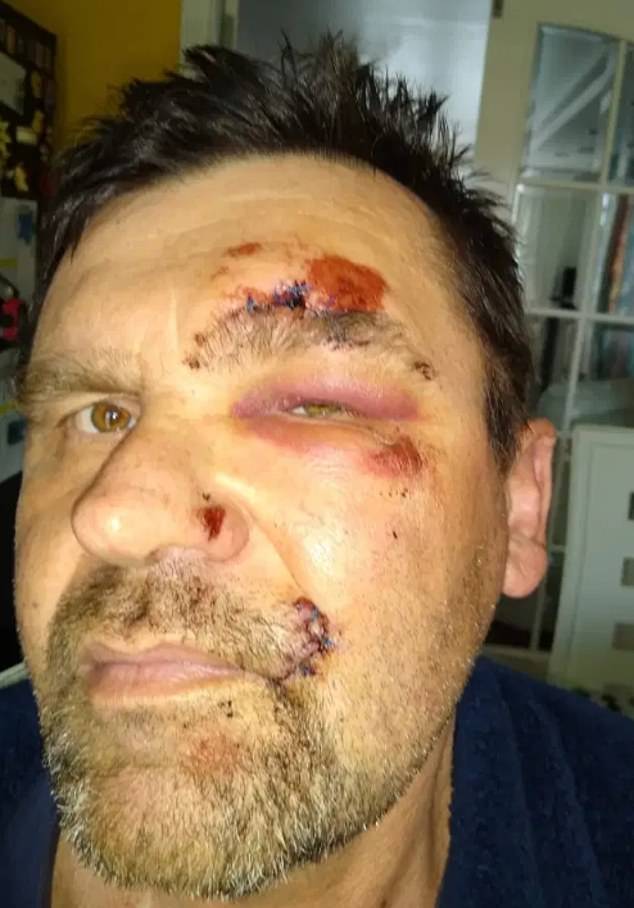 Mieczyslaw Bawor was attacked by McAvoy and an unknown accomplice after a Ford Focus crashed into the victim’s van. He was then knifed and beaten with a baton

Prosecutor Steven Borthwick told the court that the victim got out of his van and started taking photos of the collision on his phone.

McAvoy, who was a passenger in the Ford, jumped out of the vehicle with his accomplice and demanded Mr Bawor hand over his mobile.

The unknown male then struck the grandfather with a blade while McAvoy repeatedly hit him on the head and body with a baton.

At one stage, the terrified victim heard: ‘Give me the knife and I will finish him off.’ Instead, Mr Bawor’s tyres were slashed before the attackers raced off.

Police soon found the victim bleeding heavily in the street with wounds to his head, face and stomach. He was rushed to hospital, but was able to leave the next day.

However, medics concluded that Mr Bawor’s injuries had been potentially life-threatening. He has been left permanently scarred.

Detectives later traced McAvoy using the victim’s photos at the scene of the attack. 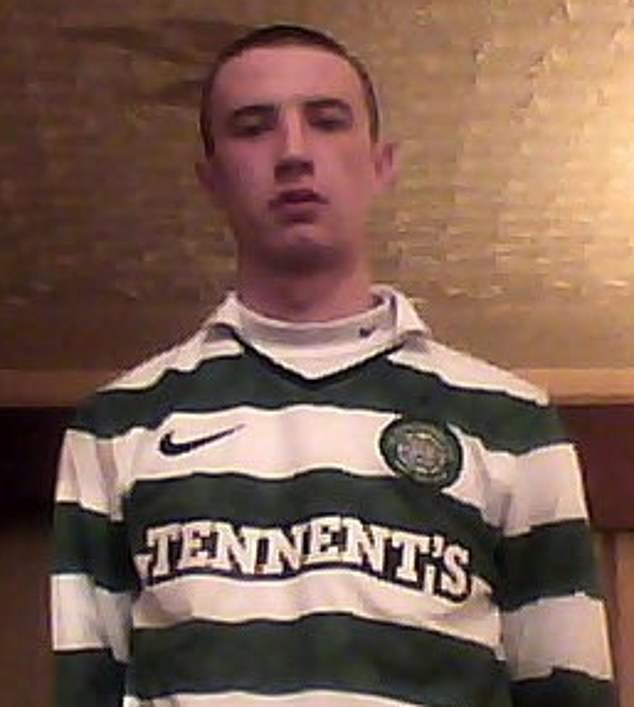 Serial criminal McAvoy has 43 previous convictions. He was jailed for eight months in 2018 after being caught with the keys of a stolen car following an armed raid of his girlfriend’s flat

McAvoy had also been accused at court of being part of a £25,000 cash box robbery at a Bank of Scotland in the city’s Riddrie on December 17, 2019 – but prosecutors accepted his not guilty plea to the allegation.

His lawyer said McAvoy – who has served a string of jail-terms – wanted to ‘wipe the slate clean’ and now steer clear of crime.

Donald Findlay QC, defending, added: ‘He has come here to accept his part in a nasty assault, which was totally unnecessary.

‘This was a gentleman who had done nothing whatsoever. What happened to Mr Bawor, society cannot accept that.’

Lady Stacey reduced the sentence from six-and-a-half years due to the guilty plea.

The judge said: ‘This man was badly injured, but it could have been much worse. You have 43 previous convictions – that is a formidable record given you are just 31 years of age.’

McAvoy was jailed for eight months in 2018 after being caught with the keys of a stolen car following an armed raid of his girlfriend’s flat in Castlemilk, Glasgow.

Related posts:
TV and Movies
‘Show compassion to your brother!’ Piers Morgan slams Prince Harry over ‘crass’ Oprah chat
Spoilers: Jamie leaves Gabby in agony to lose baby after nasty fall in Emmerdale
Tracy Morgan Jokes About Pizza When Apologizing for ‘Soul’ Slip-Up at 2021 Golden Globes
The Voice Season 20 Premiere Recap: A Legend in the Making Inspires John to Do Something He Never Had as a Coach
Recent Posts