Washington: Joe Biden is reviving the weekly presidential address, a tradition going back to Franklin Roosevelt, as he seeks to present himself as an open and approachable president.

The format is rather different, however, reflecting the change in technology.

In his first address posted on White House social media accounts on Saturday, Biden is seen seated at his desk in the Oval Office. He rings a woman called Michelle from California, who wrote to him after she lost her job because of the pandemic. 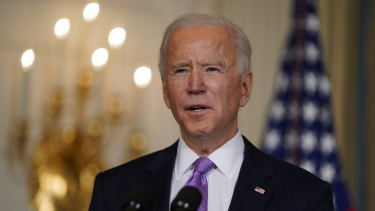 The carefully curated informality of the two-and-a-half-minute chat is a break from previous incarnations of the weekly address, in which presidents used pre-written speeches to put over the administration’s message.

In the first of what has been described as “a weekly conversation”, Biden pressed the case for his $US1.9 trillion -coronavirus relief package.

How Michelle was chosen was not disclosed by the White House, which said Biden’s addresses will take a variety of forms.

His approach to communicating with voters will contrast with that of his predecessor, who used Twitter relentlessly as a platform to unload against his political opponents, before he was banned in the wake of the January 6 insurrection.

There are parallels with the original FDR fireside chats – in which the president addressed the nation during national crises such as the Great Depression – and today’s pandemic.

The broadcasts died away after FDR but were revived by Ronald Reagan.

The tradition was continued initially by Donald Trump but then abandoned within two years of his taking office.

“Presidents are always looking for ways to speak to their supporters in an unmediated way,” said Chris Galdieri, associate professor at Saint Anselm College in New Hampshire.

“Biden is decidedly not an online guy and he’s at his best when he’s interacting with someone.

“So this seems to split the difference between a purely broadcast radio monologue and reaching voters through social media.” 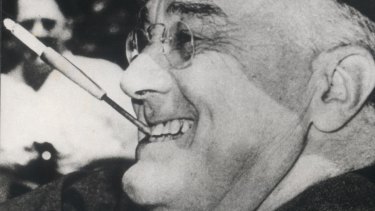 “He is not the most interesting speaker at this stage of his life and I do wonder how many will tune in. I would give the advice straight from Ronald Reagan.

“You should treat your audience as if it is an audience of one. He should not think there are 300 million people hanging on every word.”

This week Biden will pivot the administration away from the hardline immigration policies of his predecessor. He is expected to issue new guidelines to agents working for US Immigration and Customs Enforcement, which are likely to slash the number of arrests and deportations.

The changes, which have still to be finalised, would stop immigrants being deported for “minor” offences such as assault or driving under the influence of alcohol or drugs.