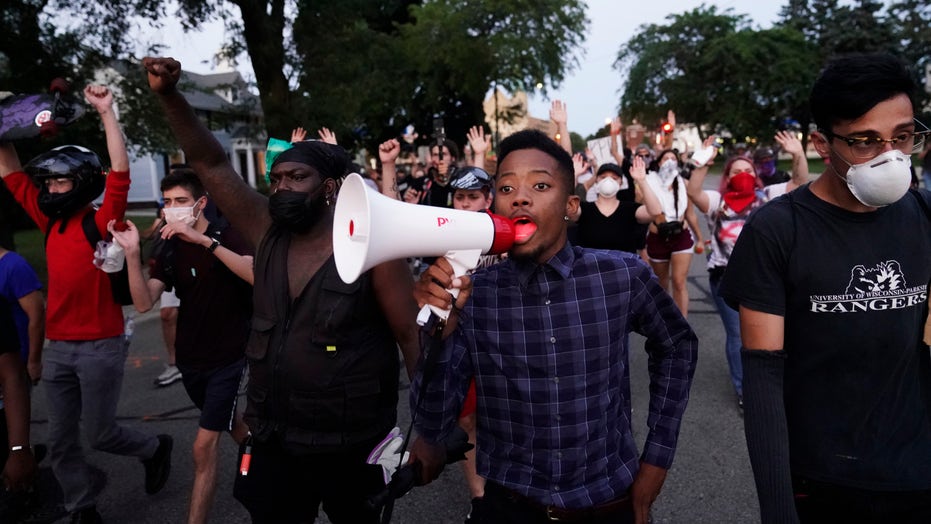 Protests in Kenosha, Wis., were less violent late Wednesday into early Thursday, a stark contrast to the previous three nights in the city that saw fires and clashes between police and demonstrators, as well as two people fatally shot, according to multiple reports.

The Civic Center Park and the Kenosha County Courthouse served as the main areas where protesters gathered throughout the night, with almost no visible traces of law enforcement through the city's 7 p.m. curfew. Protest leaders urged the crowd to comply with the curfew and avoid those who could potentially instigate more violence.

"It's very unfortunate circumstances, and we've just got to remember who did it and what group he was a part of," one man said, according to Kenosha News. "It had nothing to do with the people out here trying to protest peacefully. If you're out here after curfew, which you have to leave now, it has nothing to do with us." 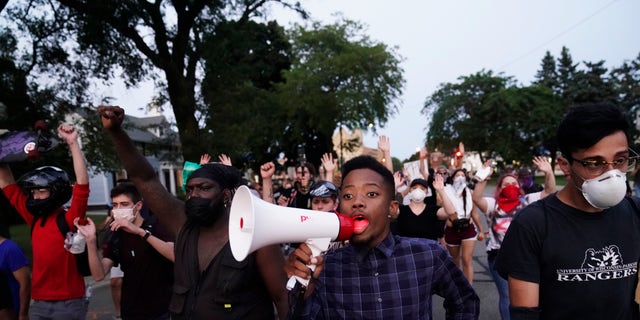 Just after 7 p.m., three officers emerged from an armored vehicle near the southwest area of the park, reports said. Protesters were warned they were in violation of curfew.

After the vehicle left, some of the protesters left the park in observance of the curfew, while a group of roughly 100 began marching down Sheridan Road, according to the paper.

The group was heard chanting "Black Lives Matter" and "Defund the police" during the march. As they moved west, the crowd blocked off traffic at busy intersections, which appeared to annoy some honking drivers.

Kenosha News reported that other horn honkers may have been showing their support.

There were no clashes with law enforcement or reports of civilians with assault-style weapons as of 11:15 p.m., according to the Milwaukee Journal Sentinel.

The previous three nights of unrest were prompted by the wounding of Jacob Blake, a 29-year-old Black man who was shot in the back by a police officer who has since been placed on leave as the case is investigated.