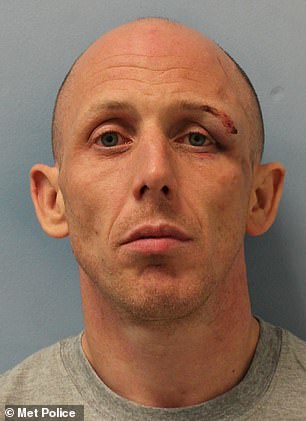 Louis Kelly, 40, faces years in jail for gunning down his love rival over an X-rated video

A killer who gunned down his love rival when he discovered his ex-girlfriend had sent the victim a film of herself performing a sex act is facing years in jail.

In a bid to allay her suspicions he phoned Kelly, asking him to cover for him by telling Ms Drajic that he had sent the video instead.

But Kelly was incensed to find out the father-of-three had the film in the first place and shot him dead with a Glock pistol.

Georgina Duncombe, the killer’s ex, had sent the victim a film of her pleasuring herself with a sex toy via WhatsApp after they struck up an affair.

The pair came together after Ms Duncombe called quits on her on-off relationship with Kelly in August 2019.

Giving evidence, the killer claimed he fired the gun six times in ‘shock’ after Mr 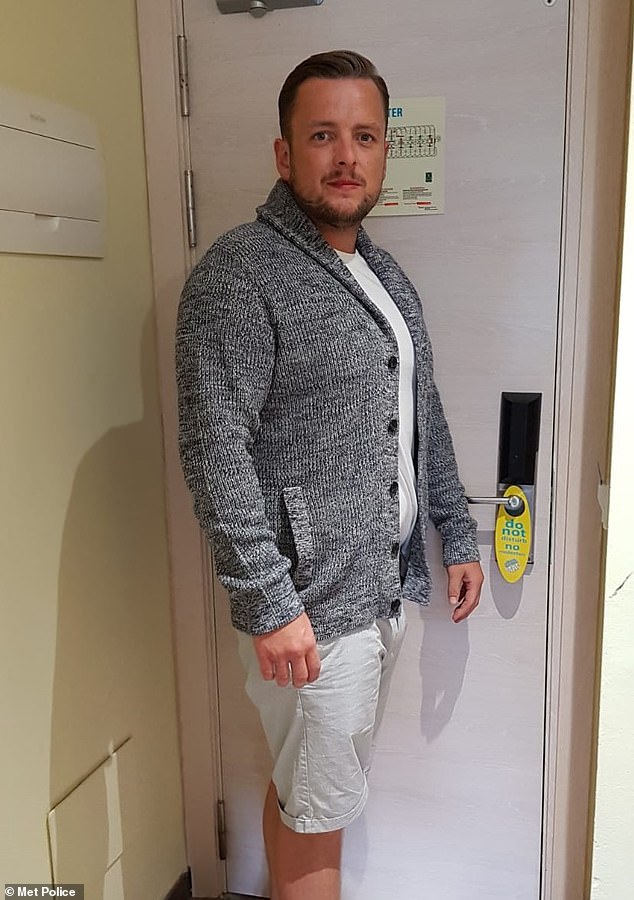 Mark McCann-Barrett (pictured), 33, was shot at least five times by the killer after he learned about the pornographic clip

McCann-Barrett lunged at him with a knife.

Kelly claimed Mr McCann-Barrett had turned up at his flat in Tottenham, on the night before the killing wearing a hood and appearing out of character.

He told jurors he held open the door to Ashdowne Court and invited the victim inside, but turned around to find him brandishing a gun and a knife.

Kelly claimed the victim pounced with the knife which prompted him to shoot, aiming the gun at the lower body because he thought it would inflict lesser wounds.

An Old Bailey jury cleared Kelly of murder but convicted him of manslaughter by a majority of 10-2.

The killer was emotionless as the guilty verdict was read and Mr McCann-Barrett’s family bowed their heads in the well of the court.

Kelly and the victim had been long-standing friends before the killing. 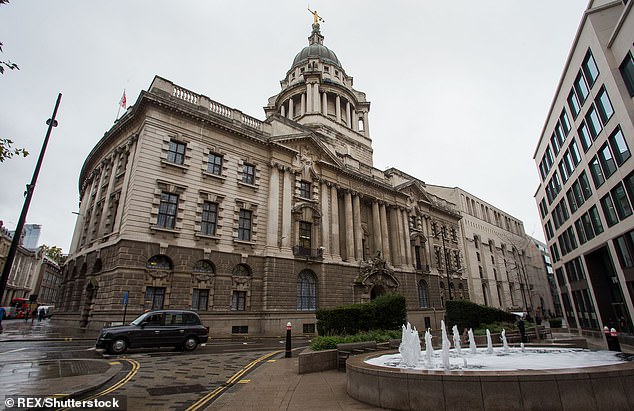 ‘When she confronted him about it, Mr McCann-Barrett, who, by this point, had not only consumed some alcohol but also taken a large number of diazepam tablets, rang Louis Kelly and told him to tell Ms Drajic that, on an earlier occasion, he had sent Mr McCann-Barrett the video, presumably, when intoxicated.

‘In fact, although Georgia Duncombe had sent this intimate video to Louis Kelly six months earlier when they were still in a relationship, she had also sent it much more recently to Mark McCann-Barrett via WhatsApp’.

‘It is clear from his behaviour, after that call, that Louis Kelly did not believe he had sent the video to his friend but that it had been sent by Ms Duncombe.

‘Bearing in mind the abrupt manner in which the relationship had ended, it is highly likely that he already suspected Georgia Duncombe to have become involved with someone else and signs that it was his friend had already become increasingly obvious.

‘The phone call at 23.45 hours appears to have left him practically certain that she was in such a relationship and that the person with whom she was involved was Mark McCann-Barrett. All he appears to have needed was her phone as final proof.’

Shortly after the call Kelly left the flat in his BMW and drove to his ex-partner’s maisonette in Harefield, west London, to get her phone, the court heard.

‘Once he got to her flat, he went in and picked up her Apple iPhone before leaving with it and heading home,’ Mr Mulholland said. 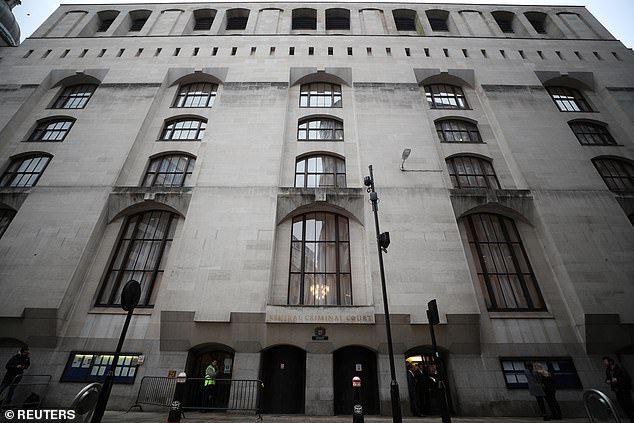 ‘Meanwhile, Mark McCann-Barrett ended up in a serious argument with Amy Dragic inside their flat during which the pair of them were intermittently thereafter in phone contact with Louis Kelly.’

The pair met up at Kelly’s flat in the early hours.

‘At 07.34, sixteen minutes after the defendant’s flatmate Thomas Saunders had left the flat to go to work, Louis Kelly is seen briefly to walk down to Spencer Road, seemingly, to collect something from his car before returning to the flat and Mark McCann-Barrett.

‘The timing of his short trip would indicate that he was collecting the gun used to shoot him.

‘Mr McCann-Barrett was still fit and well at 08.43 hours when he spoke briefly to Amy Dragic over the phone.

‘However, at 9.08am, within twenty five minutes of that call ending, Louis Kelly left the flat and drove away from the area, at this point we know he shot Mr McCann-Barrett multiple times.

‘When he left, he made sure he took the gun with him.’

Mr McCann-Barrett, from Waltham Cross, Herts, was rushed to hospital in east London, but he died from his wounds nearly a fortnight later on 30 September.

Kelly, of Belgrave Gardens, St John’s Wood, denied murder and was acquitted but was convicted of manslaughter by a majority of 10-2.

He will return for sentence on a date to be fixed after reports considering his dangerousness have been compiled.

Detective Chief Inspector Neil John said: ‘It is concerning that we so often see such extreme violence being considered as an acceptable response to conflict.

‘There is simply no justification for taking the life of another.

‘Had Kelly not been in possession of a firearm, Mark McCann-Barrett may be alive today and Kelly would not be facing the prospect of being jailed for many years to come.’

In a victim impact statement, Mark’s mother said: ‘Mark was a loving partner and father. His whole world revolved around his children, my grandchildren. I will never forgive the person who did this to Mark. He has taken away the father of my four grandchildren whilst they were still so young.

‘I won’t ever be able to tell him how much I loved him and how much he meant to me ever again.’