Greens senator Lidia Thorpe has become the first person to lodge a report on a new online register designed to enable First Nations people to put on the public record the levels of racism they experience.

The Call It Out register provides an alternative to the current, legalistic, process for reporting incidents of racial discrimination through discrimination law, according to Professor Larissa Behrendt, the director of research at Jumbunna Research at Sydney’s University of Technology. She said it would highlight elements of racism that the legal system fails to protect against. 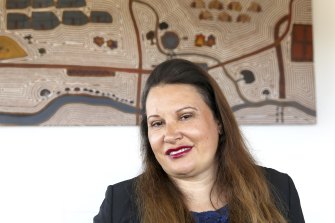 Professor Larissa Behrendt the director of research at Jumbunna Research at Sydney’s University of Technology.Credit:James Alcock

Senator Thorpe was invited to log the first report and wrote of an incident of racial profiling she said happened when checking in bags at Canberra Airport last year, after she had spent the morning visiting the Aboriginal Tent Embassy for a cleansing ceremony.

Ms Thorpe believes she was racially profiled by airline staff and airport security. The incident escalated and resulted in Ms Thorpe returning to her home state via another airline. Ms Thorpe later sought an explanation and apology in writing from both the airline and the airport, but says her letter received no reply.

“Nobody should have to deal with that and the register is an important tool to tell the truth about the racism we experience in this country. I’d love to see the evidence it logs used to make this country, our Country, a safer place for our people,” Ms Thorpe said. 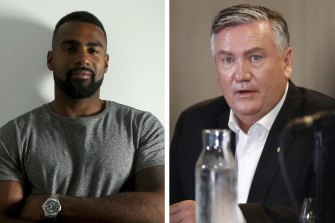 Professor Behrendt said the aim of the register was to gather evidence to help generate support and resources for addressing racism and discrimination.

“Anti discrimination law has strict and difficult criteria to meet and this register was designed with the aim to raise awareness and highlight elements of racism that the legal system fails to protect against,” Professor Behrendt told The Age and The Sydney Morning Herald.

Professor Behrendt was a co-lead author on the Do Better independent report which identified systemic racism within the Collingwood Football Club, following allegations and legal action taken by former club player Heritier Lumumba. Truth telling was identified within the Do Better report as a “constructive step to better understand the experiences of Indigenous people and people of colour”. 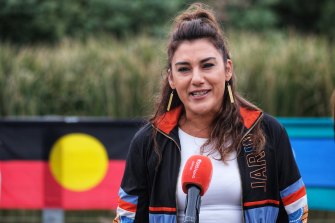 The National Justice Project’s co-founder and principal solicitor George Newhouse was also closely involved in the development and design of the Call It Out register, describing it as “a weapon to expose what is going on, then to demand and advocate for change”.

Mr Newhouse and his social justice legal practice has represented numerous high-profile legal cases and inquests related to Indigenous individuals and communities, including at coronial inquests into the deaths in custody of Ms Dhu, David Dungay Jnr and Wayne Fella Morrison.

He said the idea for the register originated with a conversation with local radio broadcaster Debbie Carmody in Kalgoorlie following the fatal running down of 14-year-old Elijah Doherty in August 2016, which revealed to Mr Newhouse the scope of racism within the local area which contributed to the tragic incident.

There are plans for the register to include geo-locations to assist with mapping clusters of incidents of racial discrimination geographically and across time, Mr Newhouse said.

Anyone who witnesses racism against First Nations Peoples can also make a report to the register, with the data to be subject to annual reporting by the Jumbunna Research team, which is working with the National Justice Project.

The first Call it Out annual report will be released in 2023. It will help First Nations leaders, organisations and advocates generate support and resources for addressing racism and discrimination with targeted education and training.

Call It Out was modelled on similar online reporting tools such as the Islamophobia Register Australia, with its founder Mariam Veiszadeh, commending the initiative.

“The Australian Muslim community has always felt an enormous affinity with First Nations communities. The collection of data detailing the incidents of racism and discrimination toward First Nations Peoples is vital. As we know, what gets measured, gets actioned,” she said.