Taipei: It was never going to last. For most of the past week, thousands of internet users in China spent their days and nights engrossed in intimate and taboo conversations with strangers across the country, as well as in Hong Kong, Taiwan and throughout the Chinese diaspora.

They asked questions about the protests in Hong Kong, reports of mass detentions of Uighurs in the western region of Xinjiang, the 1989 Tiananmen Square massacre and female orgasm – all topics that would normally be quickly censored on any Chinese social media platform. 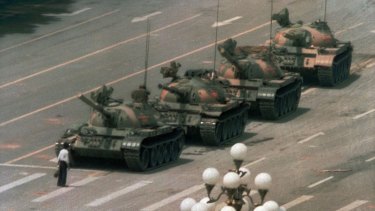 For a brief time, those bounded by the Great Firewall, China’s system of internet controls blocking access to platforms such as Twitter and Facebook, had found an island of unregulated speech in the US-based app Clubhouse, an invitation-only platform where users talk in audio-chat rooms.

The app, which debuted in March but gained popularity after Elon Musk joined last week, had escaped the notice of Chinese regulators.

On Monday, the hammer descended as users in several Chinese cities reported they could no longer access Clubhouse.

“We all knew the day was coming when the Firewall would come down on Clubhouse. We were only allowed a few days of freedom,” one wrote on the microblog Weibo, where people posted screenshots of the app no longer loading on their phones. 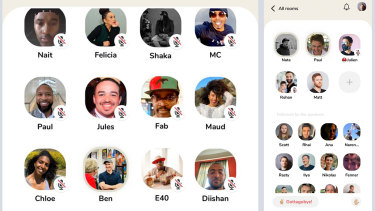 While users and observers of Chinese social media had expected a ban, they were surprised by its swiftness. “It shows that authorities took a highly restrictive approach and did not want to give it any opportunity to grow,” said Fang Kecheng, an assistant professor of journalism at the Chinese University of Hong Kong.

The app – available only to those with an iPhone and a foreign Apple account, a minority among China’s internet users – had taken off explosively among Chinese users, with e-commerce sites within the Great Firewall selling invitations for up to 300 yuan (about $60).

Discussions were wide-ranging and exhaustive.

One room focused on alleged internment camps in Xinjiang lasted more than eight hours, with participants including Han Chinese and Uighur residents speaking from the region. On Saturday, the anniversary of the death of the coronavirus whistleblower doctor Li Wenliang, users hosted a day-long moment of silence. 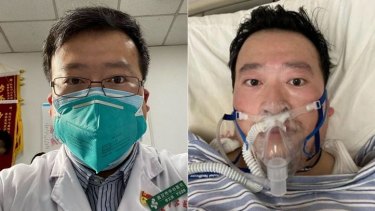 Another room was dedicated to young people discussing cross-strait relations, a particularly sensitive issue given Beijing’s long-held position that self-governed Taiwan is part of China.

“These five days show how possible it is for Taiwan and China to communicate and interact with each other in a normal way,” said Ken Young, based in Taiwan, who moderated some of the discussions. “It was only five days, but it’s like a hundred flowers bloomed.”

Other discussions touched on social issues such as China’s gig economy and the pressures on delivery workers – in January a delivery driver set himself on fire to protest unpaid wages. Another group discussed the tech industry’s punishingly long hours.

The exchanges were remarkable not just for the range of politically taboo topics they covered but for their civility. At times, participants waited hours for their turn to speak in rooms with more than 1000 people.

Halmurat Harri Uyghur, 36, a doctor and activist living in Finland, shared his own experiences, including the detention of his parents in Xinjiang, in a Clubhouse room of more than 4000 people. He said that after he spoke, many Chinese reached out to express sympathy.

“It’s totally different,” he said, comparing Clubhouse with Twitter, his usual platform for calling for more attention to Xinjiang. He said he was moved to have connected with Chinese residents, who are often portrayed in state media as wholly supportive of the government’s policies in Xinjiang.

Uyghur said some people on the platform attacked him – ” ‘You guys are terrorists. You guys, the Muslims, deserve something like that,’ ” he said.

“But if someone says something like that, dozens stand up for you, and that gives you confidence in the Chinese-speaking community,” he said. “My tears were coming down many times.”

Few other platforms have provided such a space for discussion across the Chinese-speaking world. In one Clubhouse room, participants from mainland China asked residents of Hong Kong to explain why they were protesting. In the room for young Chinese and Taiwanese, participants shared personal stories of cross-strait visits. In another, they compared notes on advocating for LGBT rights.

“You have amazing dialogues and conversations going on, ” said Lokman Tsui, an assistant professor at the School of Journalism and Communication of the Chinese University of Hong Kong. “Talking about sensitive issues in ways where people are really trying to understand each other and listening to each other.”

Still, even before it was shut down Monday, criticism of the platform had begun inside China. Internet users on the review site Douban surmised that Clubhouse was planted by Western countries to brainwash credulous young Chinese. Online commentators described it as elitist and called for regulation. A report in the state-run tabloid Global Times claimed users said Clubhouse was “no free speech heaven.”

Zhou Shuguang, a Chinese blogger and activist based in Taiwan, has moderated a Clubhouse room that has lasted for more than 130 hours, covering topics from how countries have dealt with the pandemic to the meaning of Chinese identity.

Even after the ban, he says, the app has created a space for overseas Chinese to come together. “We still have people in Hong Kong, Macao, Taiwan and overseas Chinese scholars and students. This is still a good platform,” he said.

Kylie Wang, another moderator based in Taiwan, said the brief moment allowed those inside and outside China to push back against the polarisation caused by China’s increasingly tense relations with Hong Kong, Taiwan and the United States.

“What an authoritarian government wants is a divided society. The more divided it is, the better it can be controlled,” Wang said. “This has helped people realise they are not so different from each other.”