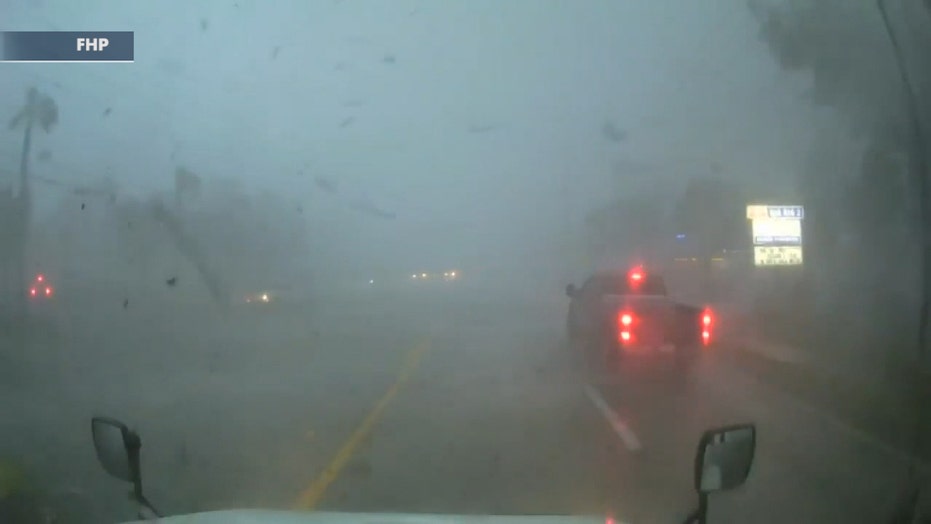 Truck caught in suspected tornado flips on its side in Florida

Raw video: Dramatic dash-cam footage shows box truck flip on its side while caught in a severe storm in Deland, Florida.

Significant damage and flooding were reported across a Central Florida community after a likely tornado roared through the area on Tuesday, downing trees and even overturning a truck.

The National Weather Service (NWS) forecast office in Melbourne had issued a tornado warning in Volusia County until 4:15 p.m. as the storm moved through the DeLand area.

The forecast office said it was sending a survey team to DeLand to survey the damage.

"Please stay out of the area tonight as first responders continue their work," the NWS tweeted. "Conditions are not safe due to many downed trees and power lines."

The Florida Highway Patrol shared a video of a box truck overturning after ending up "in the middle" of the apparent twister.

"The driver was taken to the hospital with bumps and bruises," the FHP said. "You never know when weather can turn your life upside down."

The city of DeLand also shared a video of flooding after the storm system moved through.

Video filmed by Rustie Abadie showed an overturned car outside a Waffle House in DeLand.

Nearby, several downed trees and sets of power lines could also be seen.

WHAT IS A FIRE TORNADO? HERE'S HOW THEY FORM

Kevin Captain, director of community information with the Volusia County Government, told FOX35 that over 11,000 homes and businesses were without power after the storm. 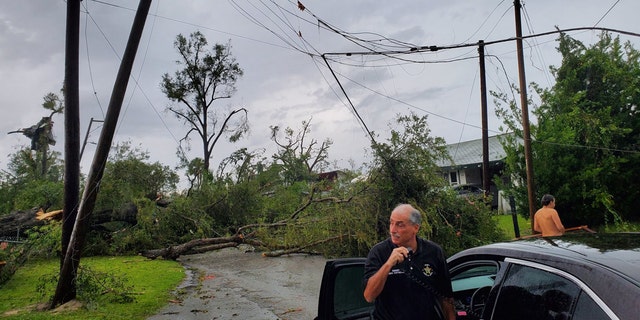 Damage in DeLand, Fla., after a "likely" tornado roared through the area on Tuesday, Aug. 18, 2020.
(Volusia County Sheriff’s Office)

"Duke Energy is mobilizing regional resources in the efforts to promptly restore power," Captain said in a statement. "County and city public works crews are clearing trees and roads."

The American Red Cross deployed its Disaster Action Team to the area to provide emergency assistance as needed. 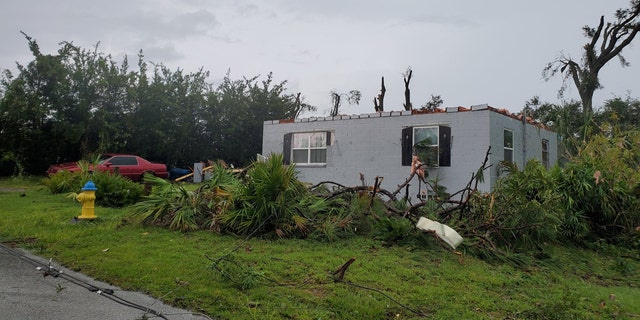 Damage in DeLand, Florida after a "likely" tornado roared through the area on Tuesday, Aug. 18, 2020.
(Volusia County Sheriff’s Office)

Captain said affected residents in need of sheltering assistance or food and basic supplies should visit the Red Cross at the Lowe's parking lot at 303 E. International Speedway Blvd. in DeLand

The Volusia County Sheriff's Office said there are no reports of injuries or loss of life but that "significant storm damage" was reported on the north side of DeLand. 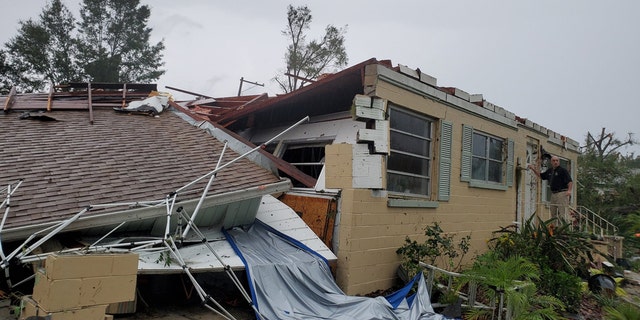 Damage in DeLand, Fla., after a "likely" tornado roared through the area on Tuesday, Aug. 18, 2020.
(Volusia County Sheriff’s Office)

First responders asked people to avoid the area to allow crews to respond to homes.

"North DeLand: PLEASE avoid storm damaged areas as crews do their work! If we give them a little bit of room to work, they'll get this done faster," Sheriff Mike Chitwood tweeted.