LITTLE Cleo Smith was found playing with toys when cops smashed into a bedroom and saved her during a midnight raid.

Police swooped on a locked property and rescued the four-year-old tot 18 days after she disappeared from her tent at Blowholes campground site in Western Australia. 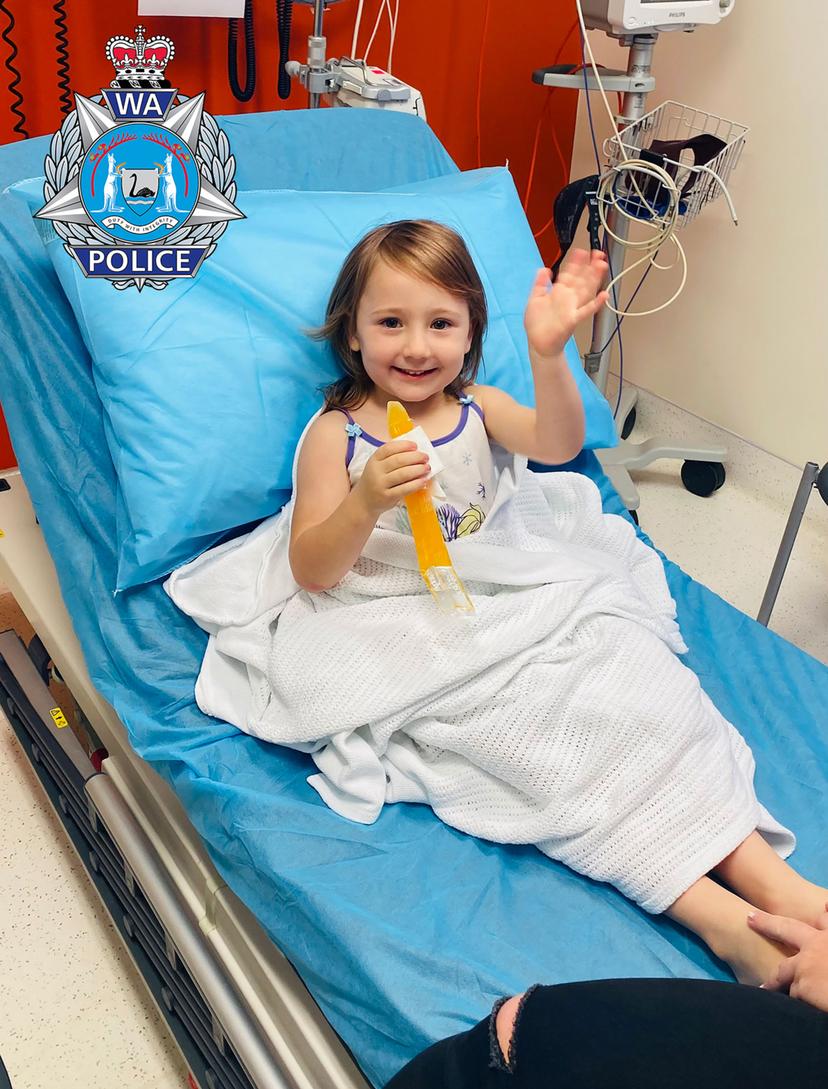 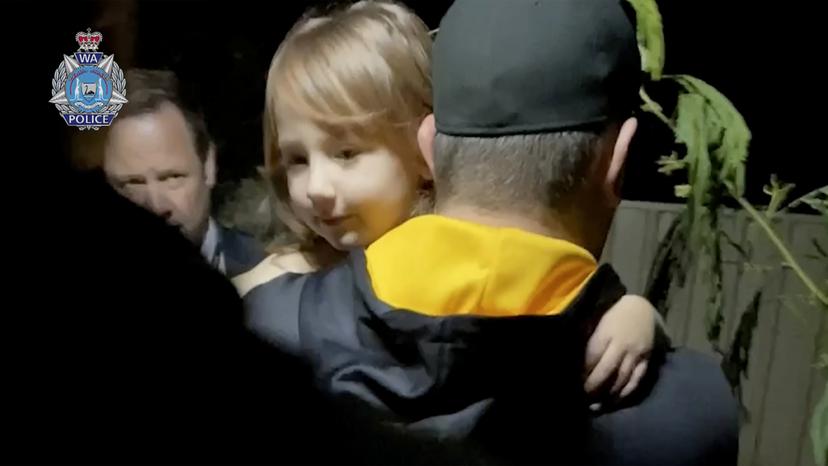 Police revealed that they broke down the door of the house in Carnarvon, Western Australia, at 12:46am – where they found the four-year-old.

Police cameras show the moment Cleo was carried in an officer's arms to safety following the burst in – returning her to her family after 18 days.

She was alive and well, and was found playing with toys.

Police Commissioner Chris Dawson said: "They really did not know what they were going to encounter.

"It was the hard work of the team that did (lead to the house), analysing all that information gathering it all, working through it and finding that needle in that haystack."

It's also been revealed that the 36-year-old man who was arrested over her disappearance was pulled over in a car around midnight before they found the tot.

The "quiet" suspect was arrested in the car, and then police proceeded to bust into the locked house, according to the West Australian.

After weeks of searching in the Outback, Cleo was yesterday found in a room inside a locked house.

The property where the little girl was found was just a seven-minute drive from her family home.

The tot was found by a group of officers and she told them: "My name is Cleo."

Little Cleo has now been reunited with her family after a heartbreaking 18 days.

Police say she appeared to be "physically ok" but is currently being cared for in hospital.

Cleo's mum Ellie Smith spoke out for the first time since the little girl was found, posting the emotional message to Instagram: "Our family is whole again."

Police confirmed the four-year-old was found "alive and well" – which is the "outcome we prayed for."

The man believed to be the Cleo Smith kidnap suspect was pictured in an ambulance with head injuries today.

He was pictured lying down in the ambulance with his bandaged head covered in a blanket.

He has no connection to the family, it was confirmed.

Deputy Commissioner Col Blanch said in a statement this evening: "It’s my privilege to announce that in the early hours of this morning, the Western Australia Police Force rescued Cleo Smith.

"Cleo is alive and well. A police team broke their way into a locked house in Carnarvon about 1am.

"They found little Cleo in one of the rooms."

He revealed that one of the officers picked the four-year-old girl up in his arms, before asking what her name was.

The tot, who police and civilians in Australia have been desperately looking for, replied: "My name is Cleo."

Commissioner Blanch added: "Cleo was reunited with her parents a short time later.

"This is the outcome we all hoped and prayed for.

"It’s the outcome we’ve achieved because of some incredible police work.

"I want to thank Cleo’s parents, the Western Australian community and the many volunteers.

'MY NAME IS CLEO'

"And of course, I want to thank my colleagues in the Western Australia Police Force.

"I can confirm we have a man from Carnarvon in custody who is currently being questioned by detectives.

"We’ll have more to say on the rescue of Cleo as the day unfolds.

"What wonderful, relieving news," he wrote.

"Our prayers answered. Thank you to the many Western Australia Police Force officers involved in finding Cleo and supporting her family."

The neighbour told Sunrise: "The other day – on Monday – we saw him in Woolworths buying Kimbies [nappies] and that.

"But we didn't click on what he was buying them for."

Speaking about the man who was arrested, he added: "Everyone knows the person who stays at that house, but no one would have thought it would be him.

She told The West Australian: "Not last night, the night before it…I heard a little girl crying but I wouldn't expect it to be Cleo.

"I didn't expect it would happen in this little neighbourhood, a lot of people know each other."