A man has been charged by police after allegedly tying up a woman at gunpoint inside a Melbourne animal shelter and asking where the cats were located.

The alleged victim was parked outside The Lost Dogs’ Home in Cranbourne West about 10.20pm on Monday when a man clad in a mask and tactical-style camouflage approached her armed with what appeared to be an assault rifle.

Police allege he walked the woman inside, bound her hands with plastic cable ties and asked where the cats were located in the shelter. The woman, whom police say did not suffer any physical injuries, freed herself and raised the alarm.

The Langwarrin man has been remanded to appear in Melbourne Magistrates’ Court on Wednesday morning.

Local police attended the incident on Monday night with help from the critical incident response team, Victoria Police's air wing and the dog squad, but couldn't find the alleged offender.

On Tuesday, Senior Sergeant Glen Cruse said police were investigating a range of potential motivations for the offending.

The alleged offender had asked the victim where the cats were kept and told her he did not like animals being killed, Senior Sergeant Cruse told reporters on Tuesday. 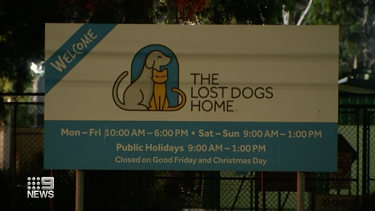 "He was asking about where the cats are stored and talking about that he doesn't like that animals are killed. He seemed to sort of have the belief that animals are treated in a cruel way and are potentially killed at the premises."

No animals were harmed during the incident. Police said no cats were missing.

Catch all the day’s headlines

At the end of each day, we’ll send you the most important breaking news headlines, evening entertainment ideas and a long read to enjoy.  Sign up here.

Related posts:
TV and Movies
Jane Fonda to Receive Cecil B DeMille Award at the 2021 Golden Globes
Holby City spoilers: Jac Naylor killed in hostage horror as Rosie Marcel confirms exit?
Kourtney Kardashian's new man Travis Barker once admitted he had a 'crush' on her sister Kim and 'loves curvy girls'
Morgan Freeman Wants to Prank Call Your Friends and Family: How to Win the Opportunity!
Recent Posts
This website uses cookies to improve your user experience and to provide you with advertisements that are relevant to your interests. By continuing to browse the site you are agreeing to our use of cookies.Ok