A Dimboola man will face court over shocking allegations of abuse involving two boys, including claims a rope was put around a 12-year-old's neck before he was forced to run beside a car for almost two hours.

Peter Alexander Bywaters, 54, has been charged with two counts of recklessly causing injury and one count of engaging in reckless conduct that placed a person in danger of serious injury. 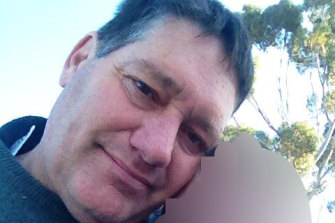 In May 2016, Mr Bywaters allegedly instructed the 12-year-old boy to chop wood on a farm in Dimboola, about 340 kilometres north-west of Melbourne.

When the boy failed to cut the wood correctly, Mr Bywaters allegedly ordered the boy to place an "improvised noose" around his neck, before driving around a paddock as the distressed child ran beside the vehicle.

When Mr Bywaters allegedly refused the boy a toilet break, the child defecated himself and was ordered to keep running.

A few weeks earlier, the same boy was allegedly kicked in the face by Mr Bywaters, who accused him of failing to collect pine cones quickly enough. After the incident, the alleged victim was told to say he had fallen on a stick or a pine cone.

Mr Bywaters is also accused of grabbing a 15-year-old boy by the hair and hurling him to the ground causing serious facial and shoulder injuries.

The two boys initially refused to co-operate with an investigation by members of the Horsham sexual offences and child abuse investigation team, before providing statements to detectives in September 2016.

A barrister acting for Mr Bywaters indicated he would defend the charges during a contest mention in Horsham Magistrates Court on October 21.

Mr Bywaters is due to face court again on November 30, when a trial date is expected to be set.

Related posts:
TV and Movies
Netflix’s ‘Crip Camp’ Leads International Documentary Association Awards Nominations
‘Search Party’: HBO Max Reveals First Look Images, Guest Stars For Season 4
Elizabeth Berkley on Returning to Saved by the Bell After Nearly 30 Years: 'Feels Like Coming Home'
Kelly Dodd's Mom Hospitalized with COVID, 7 Months After RHOC Star's Controversial Pandemic Claims
Recent Posts
This website uses cookies to improve your user experience and to provide you with advertisements that are relevant to your interests. By continuing to browse the site you are agreeing to our use of cookies.Ok