Husband, 53, of frontline NHS worker climbs the height of Mount Everest by running up and down his stairs at home 1,363 times

The husband of a frontline NHS worker has completed an epic challenge for charity by climbing the height of the world’s tallest mountain inside his own house.

John Griffin climbed 8,850 vertical meters – the height of Mount Everest – on the stairs of his three-storey semi-detached home while in lockdown over a period of just four days.

The 53-year-old, who climbed for hours with a bag of frozen peas strapped to his leg, said it was the ‘hardest thing he had ever done’.

Mr Griffin did the challenge to raise cash for the Trussell Trust, which supports food banks across the UK. 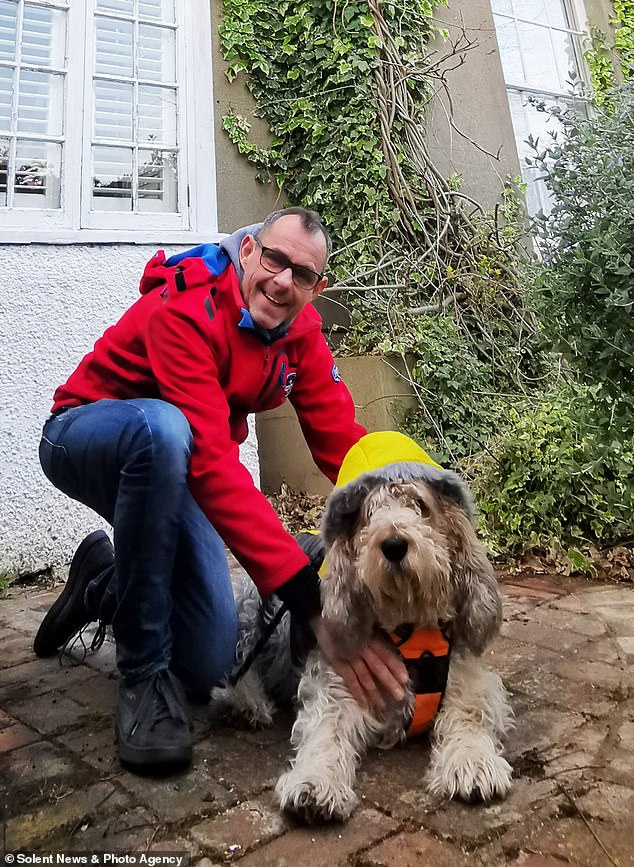 John with his dog Houndslow. The husband of a frontline NHS worker has completed an epic challenge by climbing the height of the world’s tallest mountain inside his own house

The father of one began his challenge on March 31 and each morning – after getting his daughter started on her schoolwork – he would begin climbing the stairs.

Each ascent of Mr Griffin’s stairs took him 6.5m higher over 30 steps, so the challenge required him to complete 1363 ascents or 40,846 steps.

He completed the incredible effort in his semi-detached four-bedroom house in Shoreham, West Sussex, where he lives with his wife Niri, 45 who is a GP and his daughter Daisy, 11.

Speaking after the challenge he said: ‘It was quite a shock after the first day as to quite how strenuous it was.

‘I also obviously had to walk down the stairs each time as well – so funnily enough, I reached the bottom of Everest shortly after I reached the top.

‘That was actually one of the hardest parts because it puts a lot of strain on the back of your legs so sometimes I would walk down the stairs backwards when it got too painful.

‘But still, what I have done pales in comparison when you look at the dedication of NHS workers like my wife. They work tirelessly to keep the rest of us safe.’

On the first day Mr Griffin, who is currently also setting up a vegan takeaway business, ascended 2020m in 6.5 hours.

In total, he was walking up and down his stairs for 29 hours and kept himself entertained by listening to BBC Radio 4. 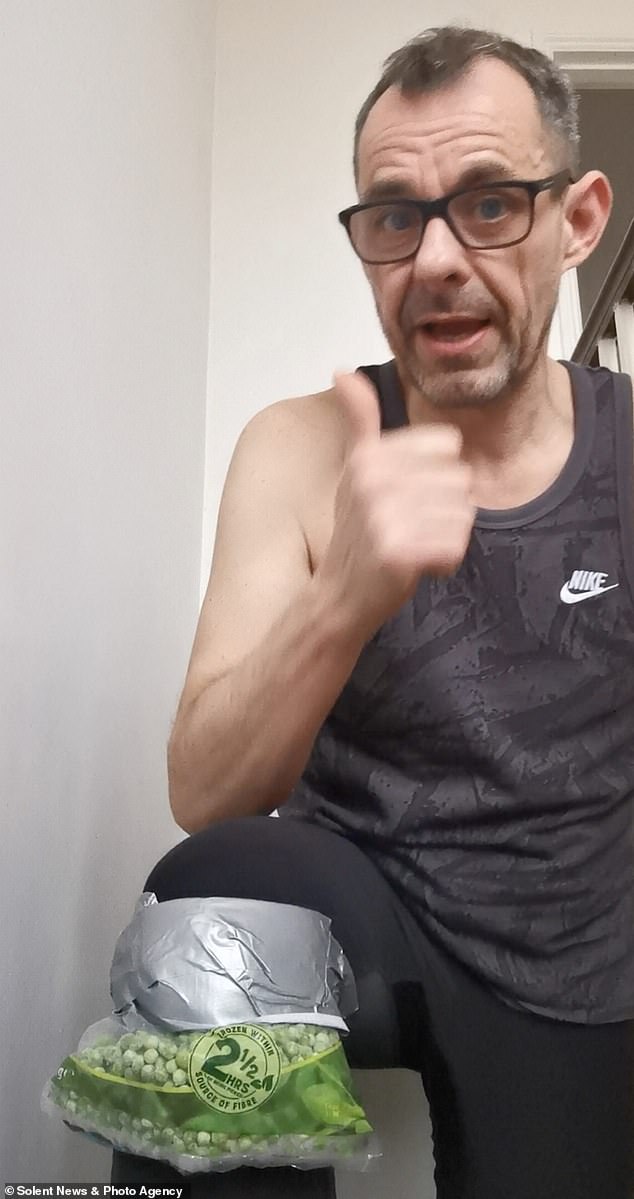 Prior to the challenge, his biggest outdoor climb had been the 271m high Blackdown hill in the South Downs.

He said the hardest part came on day three when he started having an issue with his knee.

His wife suggested strapping a bag of peas to his leg to help and so he climbed for hours with the frozen veg attached to him – before having them with egg-fried rice for dinner that night.

He would stop for a drink of water and a snack every 306m – the equivalent height of the tallest building in the UK – the Shard. 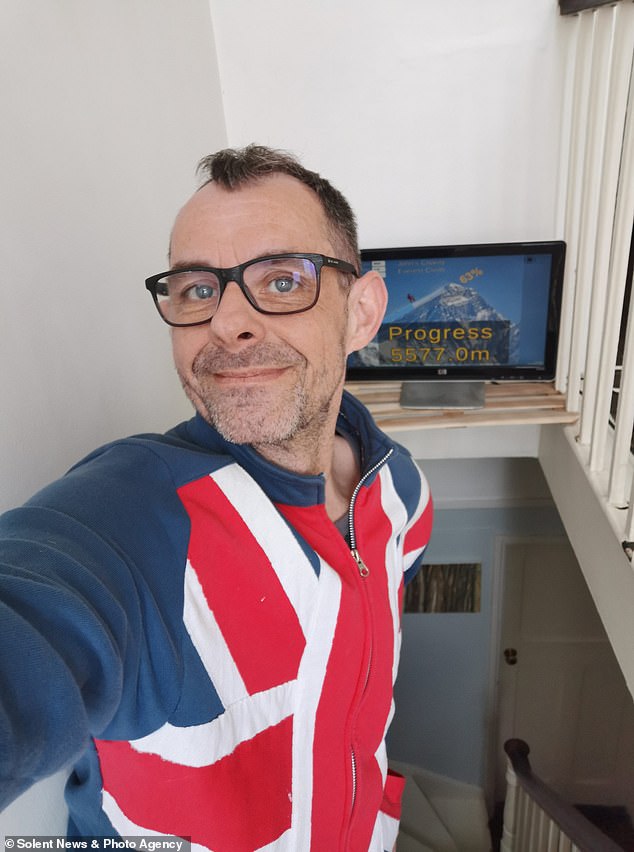 The challenge was live-streamed on his Facebook page and he tracked his ascent via a computer programme a member of a coronavirus support page made for him.

He was accompanied part of the way by his dog loyal, but lazy, dog Houndslow and estimated he burned around 6,000 calories a day.

He added: ‘It was the hardest thing I have ever done by far. Waking up each morning and thinking ‘oh god I am doing it again.’ But I had lots of people relying on me so I just kept going.’

Mr Griffin completed the ascent a little ahead of schedule on April 3, exhausted and delighted he said ‘I am absolutely shattered, but I must thank my family, friends and neighbours for their support, encouragement and donations.

‘Now, I think I might move into my little office on the ground floor for a while.’

In total he has managed to raise nearly £2,000 for the Trussell Trust who support over 1,200 food bank centres across the UK, providing emergency food and support to people struggling to make ends meet.