A man has taken the rare step of personally suing a judge for compensation after he was jailed for contempt in family law proceedings and held for six days in custody, during which he says he was bashed, became suicidal and woke up to his cellmate strangling him.

The father of two, who cannot be named under the Family Law Act, had applied for property adjustment orders in the Federal Circuit Court – which deals with less-complex family law matters – but was unable to provide full details of his financial situation to his ex-wife as required. 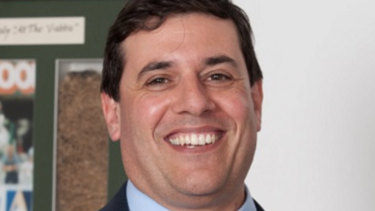 In August 2018, Judge Salvatore Vasta told the man if he did not hand over all of his financial information, "bring your toothbrush".

"If people don’t comply with my orders, there’s only [one] place they go, OK. And I don’t have any hesitation in jailing people for not complying with my orders," Judge Vasta said.

The man, who was not represented by a lawyer and had no legal experience, was jailed during a later court appearance in December 2018, despite saying he had "in good faith tried to provide every aspect of my financial life".

"[That’s] the strange thing, is you really don’t think that the court ever will jail you for contempt," Judge Vasta told the man. "You’re about to find that lesson is going to be a very hard one for you to learn."

The man, given the court pseudonym "Mr Stradford", is suing Judge Vasta, the State of Queensland and the Commonwealth of Australia seeking damages, including aggravated and exemplary damages, as well as interest and costs.

In his statement of claim, filed in the Federal Court last month, Mr Stradford was described by a psychiatrist as a "broken" man who now lived with post-traumatic stress disorder and major depressive disorder. His time in custody left him feeling "terrified", "degraded and ashamed" and "powerless".

The document details that Mr Stradford was attacked multiple times while in custody, including being randomly punched on the head and waking up to his cellmate strangling him.

He was given women's denim shorts to wear, which led to other inmates ridiculing him, and was placed in a cell with no toilet paper, meaning he had to use a towel to wipe himself. He then had to use this "faeces-stained towel" for bedding when he became cold.

Mr Stradford was close to taking his own life in his cell when he heard his daughter's favourite song on the Watch House radio and abandoned his attempt at the last minute, the document says. He was then held in a maximum-security prison for two days because he was at risk of self-harm.

In a judgment in February 2019, the Full Court of the Family Court – Justices Steven Strickland, Peter Murphy and Michael Kent – set aside the orders made by Judge Vasta and labelled the situation a "gross miscarriage of justice".

"We are driven to conclude that the processes employed by the primary judge were so devoid of procedural fairness to the husband, and the reasons for judgment so lacking in engagement with the issues of fact and law to be applied, that to permit the declaration and order for imprisonment to stand would be an affront to justice," the court found.

Mr Stradford's case against Judge Vasta alleges the judge engaged in an abuse of government power, a "contumelious disregard" for Mr Stradford's rights, and "conduct that was high-handed or outrageous", warranting an award of exemplary damages against the judge.

Under the doctrine of judicial immunity, judges cannot ordinarily be sued for decisions they make, although High Court authorities including D'Orta-Ekenaike v Victoria Legal Aid set out that "inferior courts" are open to collateral attack alleging excess of jurisdiction.

Mr Stradford argues the Federal Circuit Court is an inferior court and Judge Vasta exceeded his jurisdiction by departing from procedure and making orders he lacked the power to make, which means he "lost the benefit of the doctrine of judicial immunity".

In a defence filed on Friday afternoon, the State of Queensland said it had made "reasonable inquiries" but remained "uncertain as to the truth" of some allegations made by Mr Stradford, including the incidents he allegedly experienced during his time in custody.

Lawyers for the state admitted that Mr Stradford was imprisoned by Queensland Police and correctional officers, but denied that there was no lawful justification to do so and argued the officers do not incur civil liability in this case.

Judge Vasta and the Commonwealth have not yet filed documents in the case, which is due to be mentioned in court for the first time in February.