An NHS hospital has released footage of a man who allegedly ripped a sanitiser dispenser from the wall to steal the alcohol gel inside.

Northampton General Hospital released footage of the incident which took place outside the Quniton ward.

Staff at the unit use the sanitiser gel to reduce the risk of transmitting bugs such as the Covid-19 coronavirus. 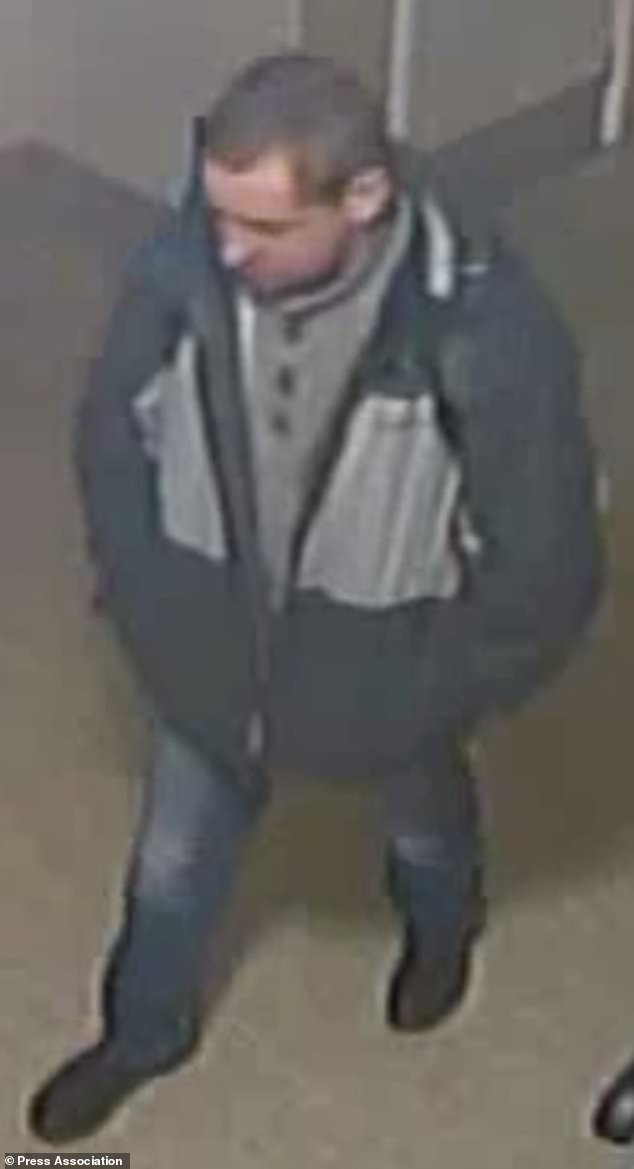 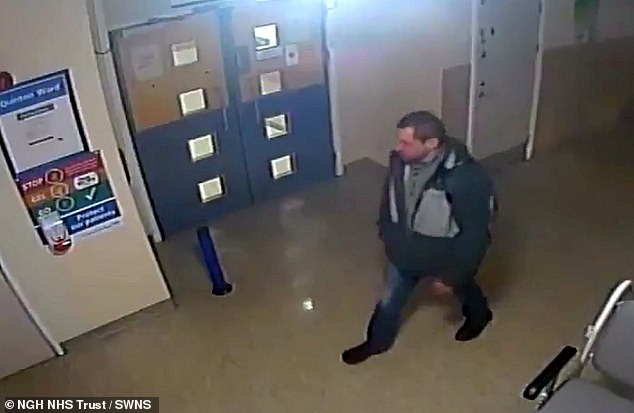 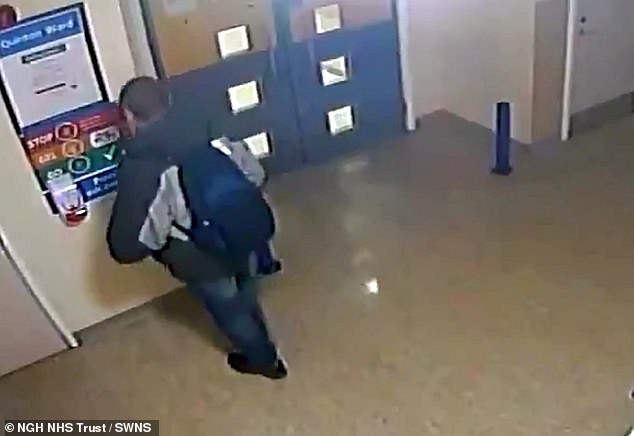 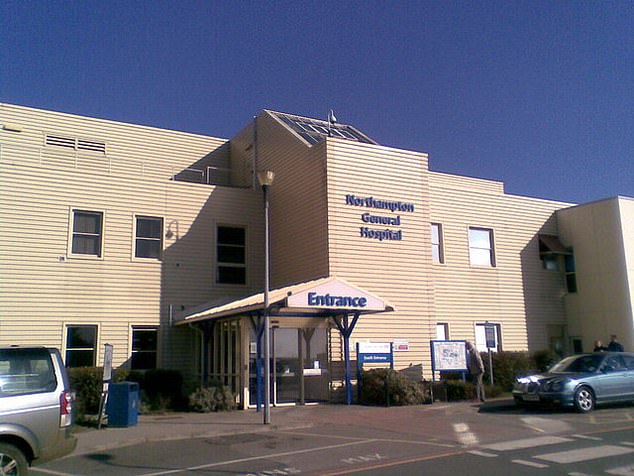 Police said the wall was damaged after the man ripped the dispenser from the wall of Northampton General Hospital, pictured

The man is filmed walking up and down past the dispenser to look out for any sign of security or a member of staff.

The man then approached the sanitisier and grappled with the dispenser to force it from the wall before walking off.

The suspect was unaware that he was captured CCTV.

The incident happened on March 9 at 7.45pm just four days after the UK’s first coronavirus-linked death was confirmed.

Police said the wall was damaged during the attack.

Northamptonshire Police have asked members of the public to have a look at the CCTV footage to see if they recognise the man.

Anyone with information is asked to call Northamptonshire Police on 101 citing the incident number  20000138273. 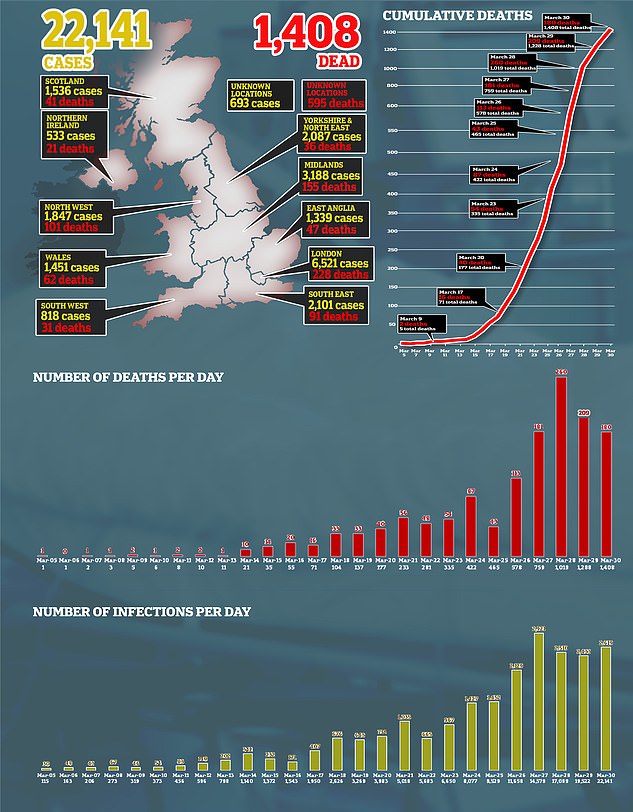