A GROUP of rough sleepers have set up camp in one of London's most exclusive streets.

The group are sleeping in Park Lane, which lies opposite Mayfair's five-star Hilton Hotel and yards from Hyde Park. 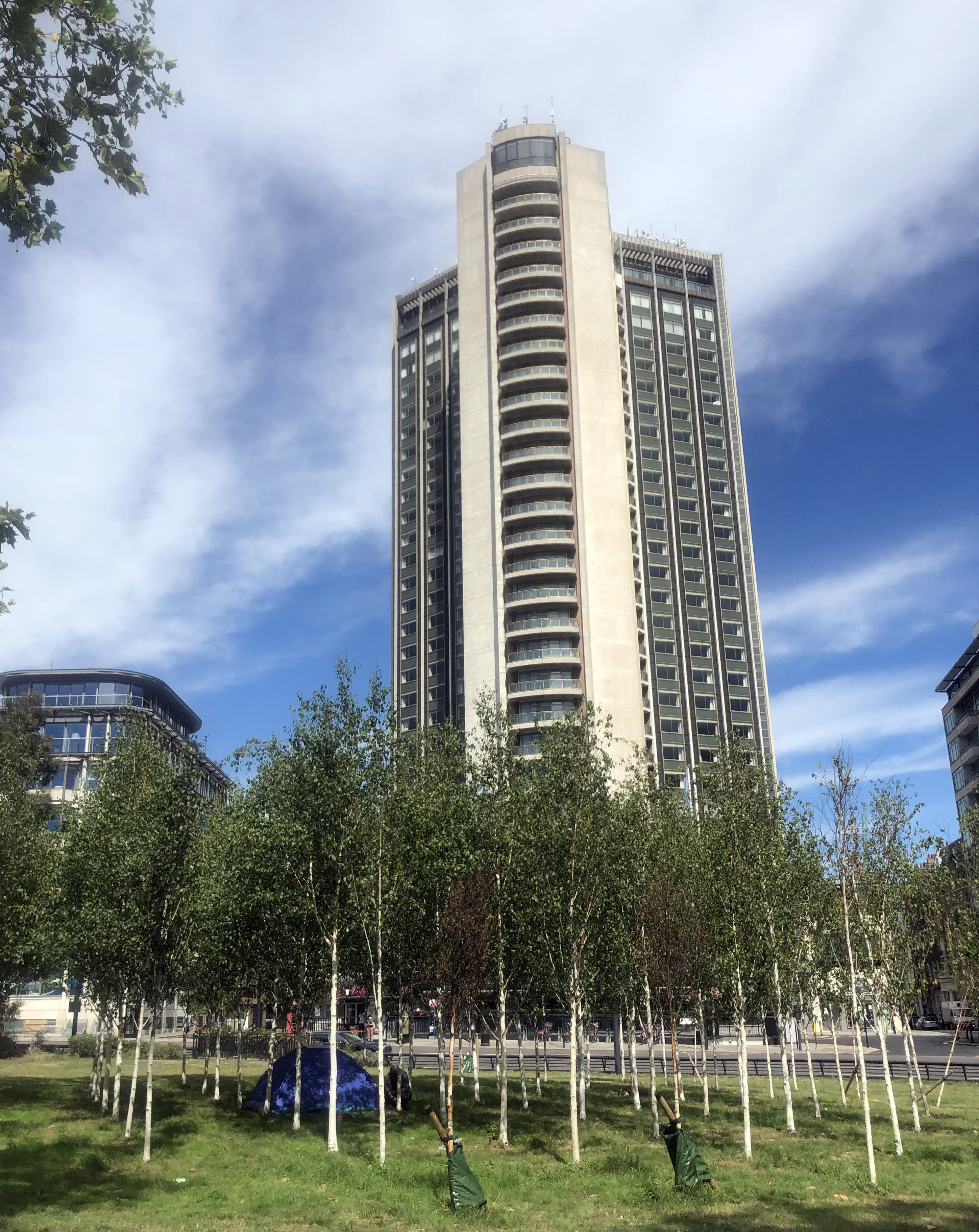 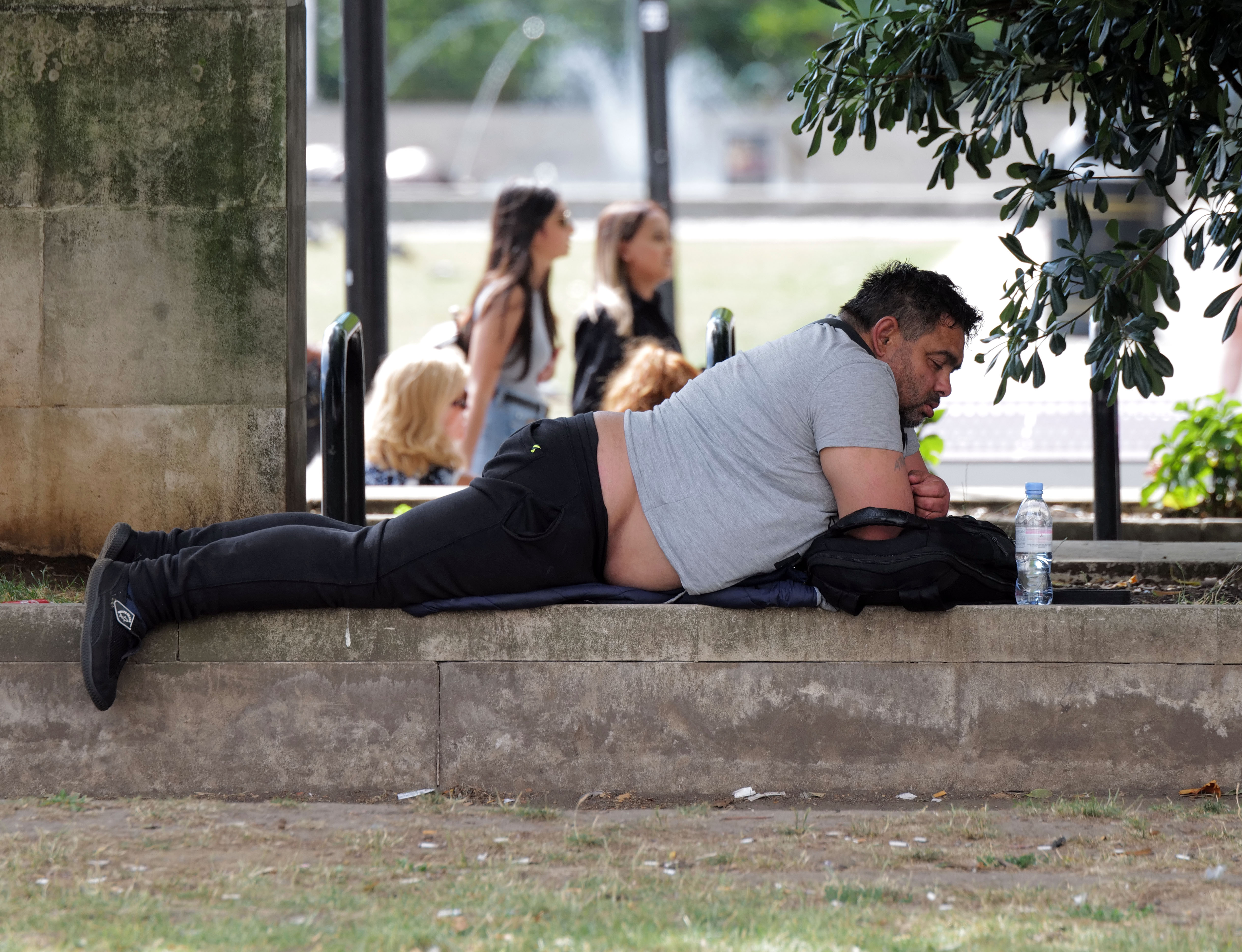 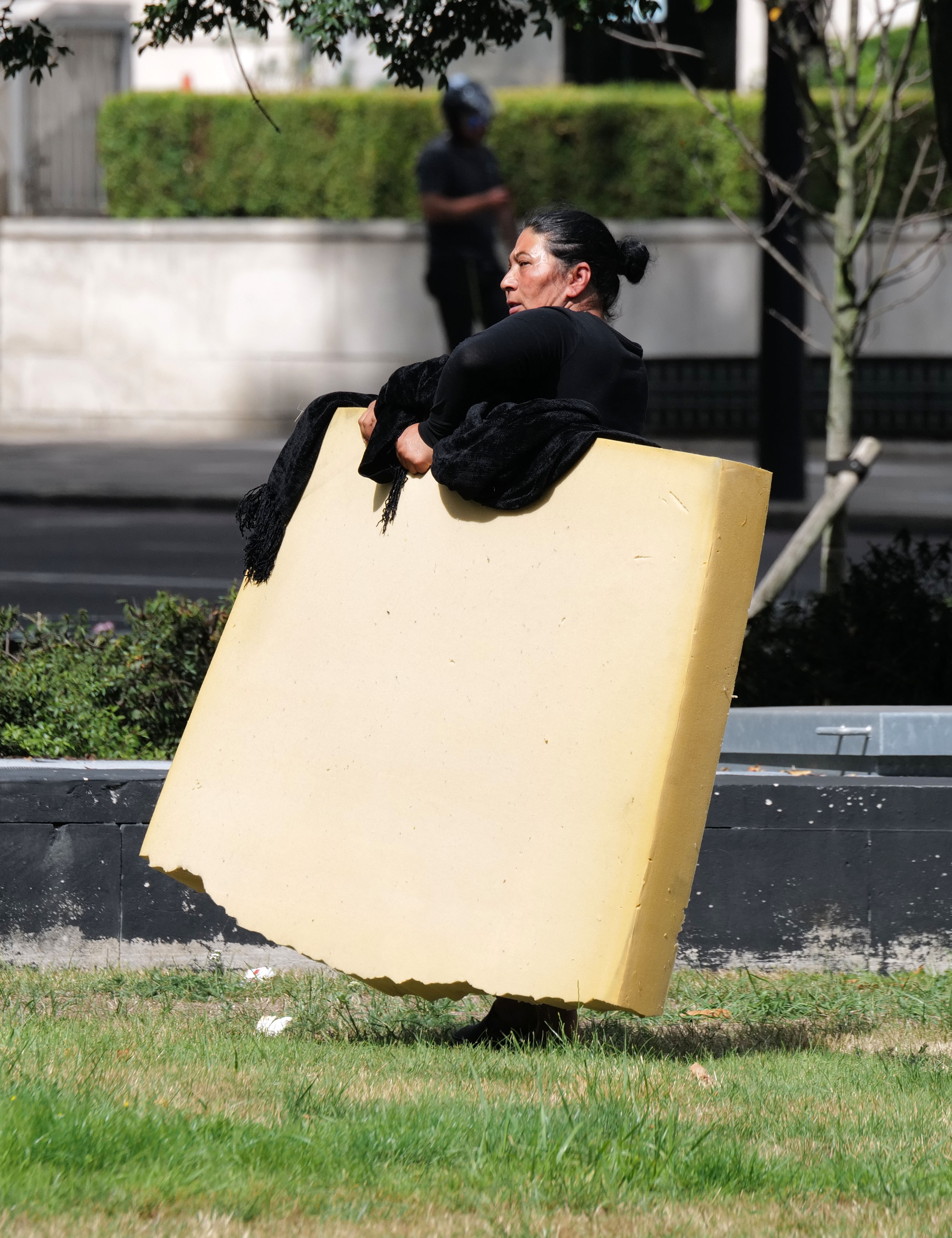 Men, women and children have pitched up tents months after a homeless camp made up of migrants from Romania and Bulgaria pitched up in the street.

The group had been moved on from Marble Arch last September by police after crime in the affluent postcode rose.

Members of the group were ordered to move from the Transport for London private land by officers after reports of muggings and robberies.

However, Ian Adams, a Conservative councillor for Westminster, warned against blaming the rough sleepers for the rise in crime.

He said: "Mayfair's central location and wealthy residents made it particularly vulnerable.

"There are inevitably a wide spectrum of perpetrators."

New photos have now emerged showing a camp being set up on the same land in Park Lane.

The images show members of the group setting up tents and sunbathing on the grass. 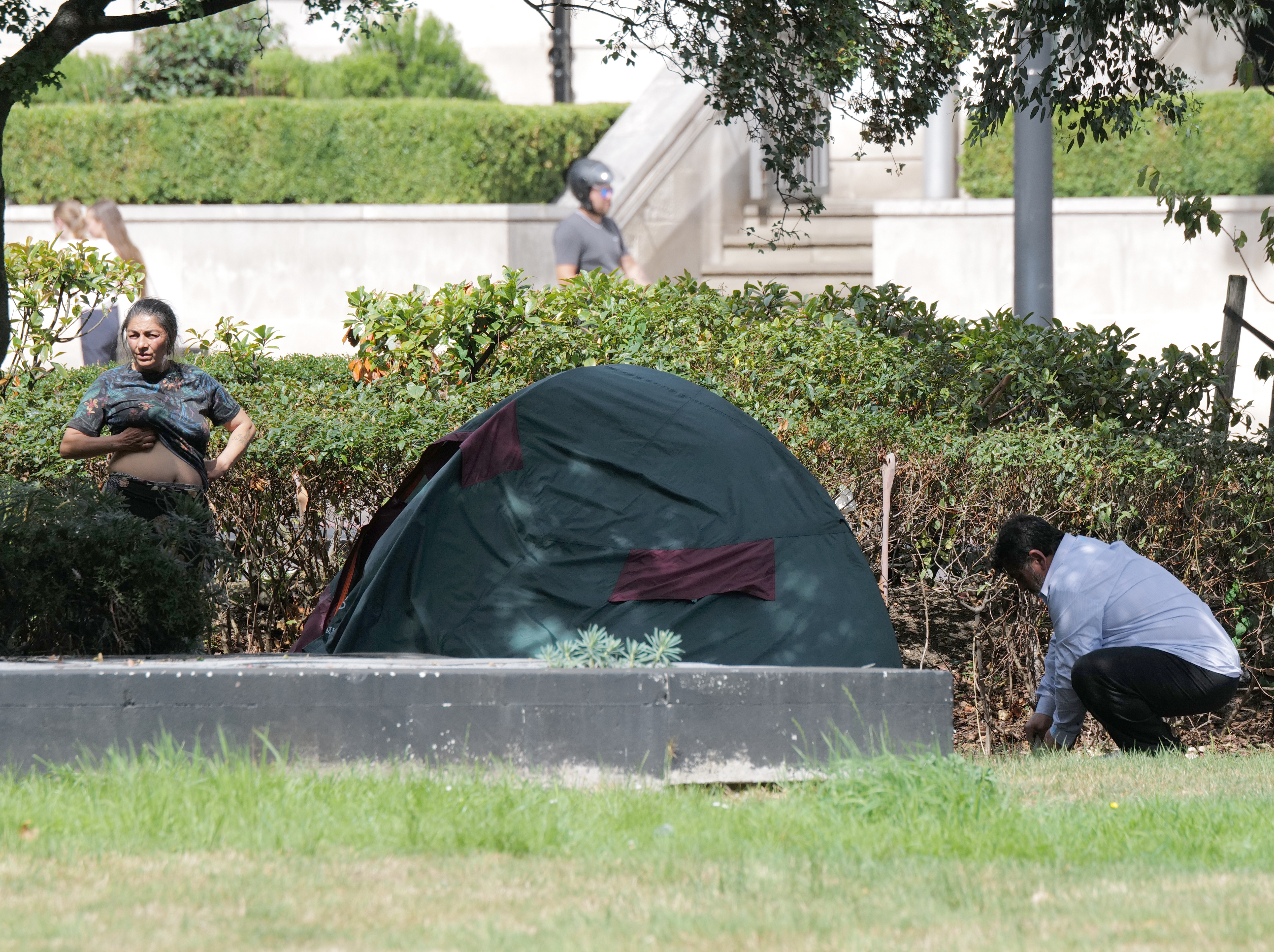 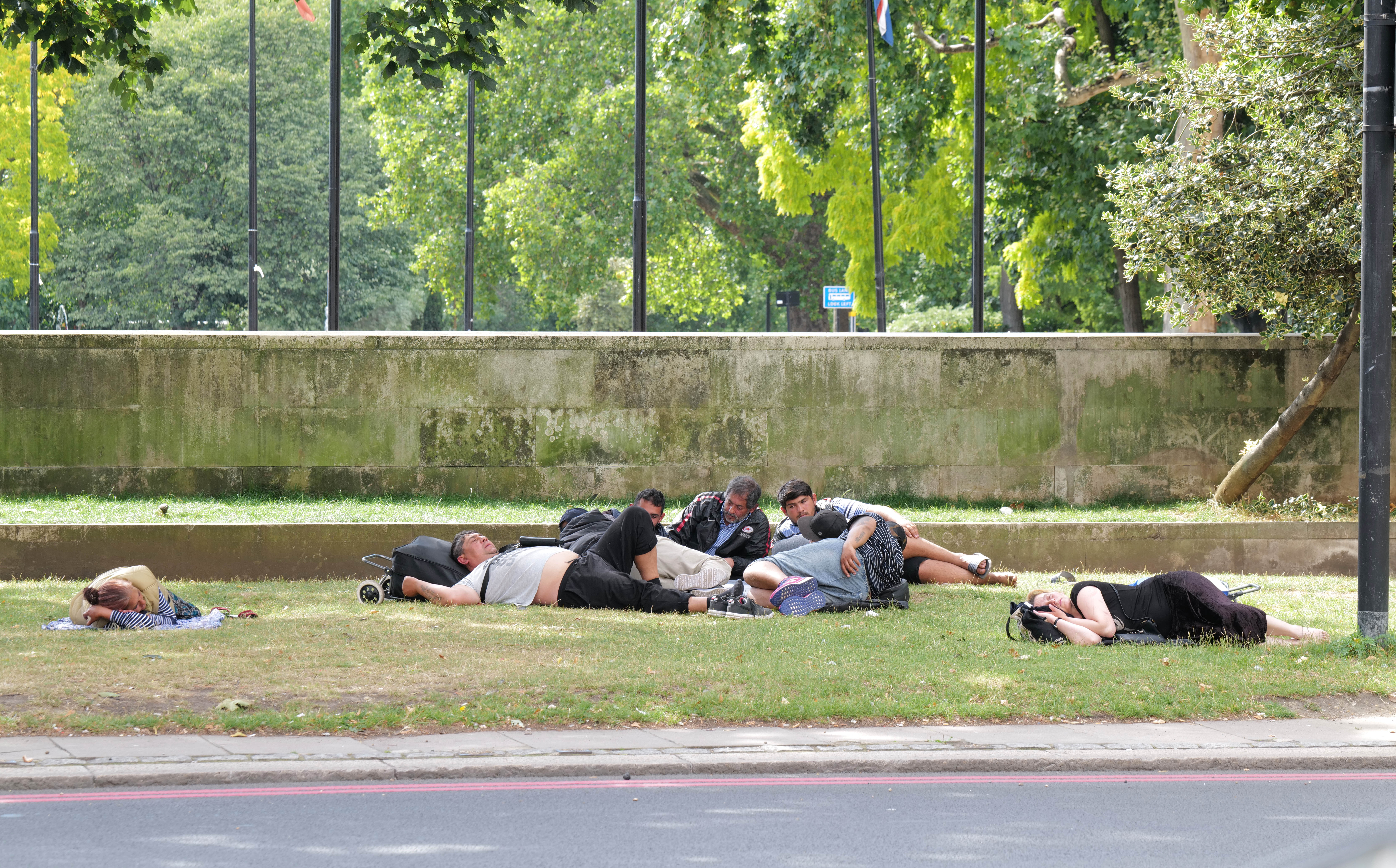 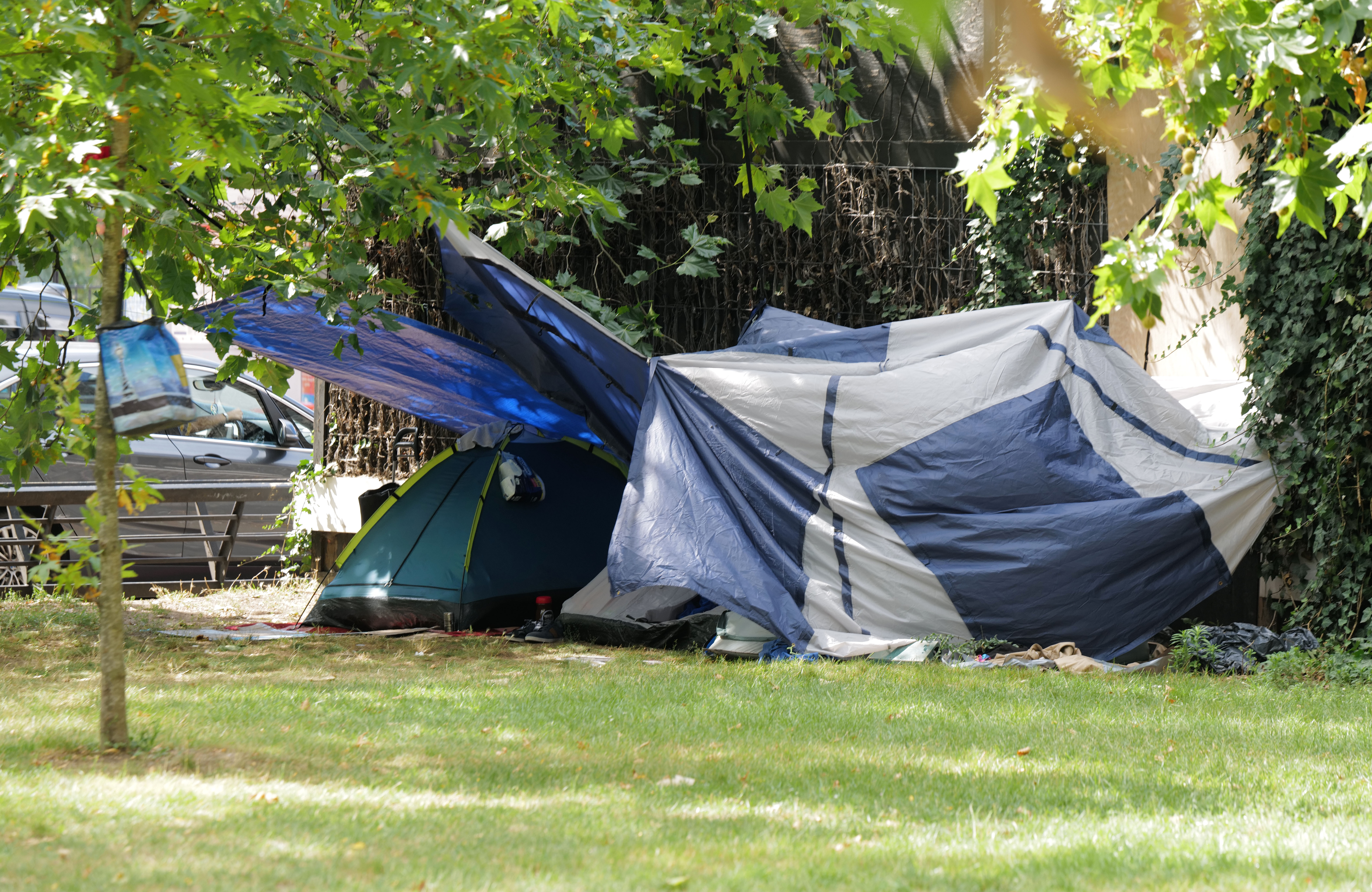 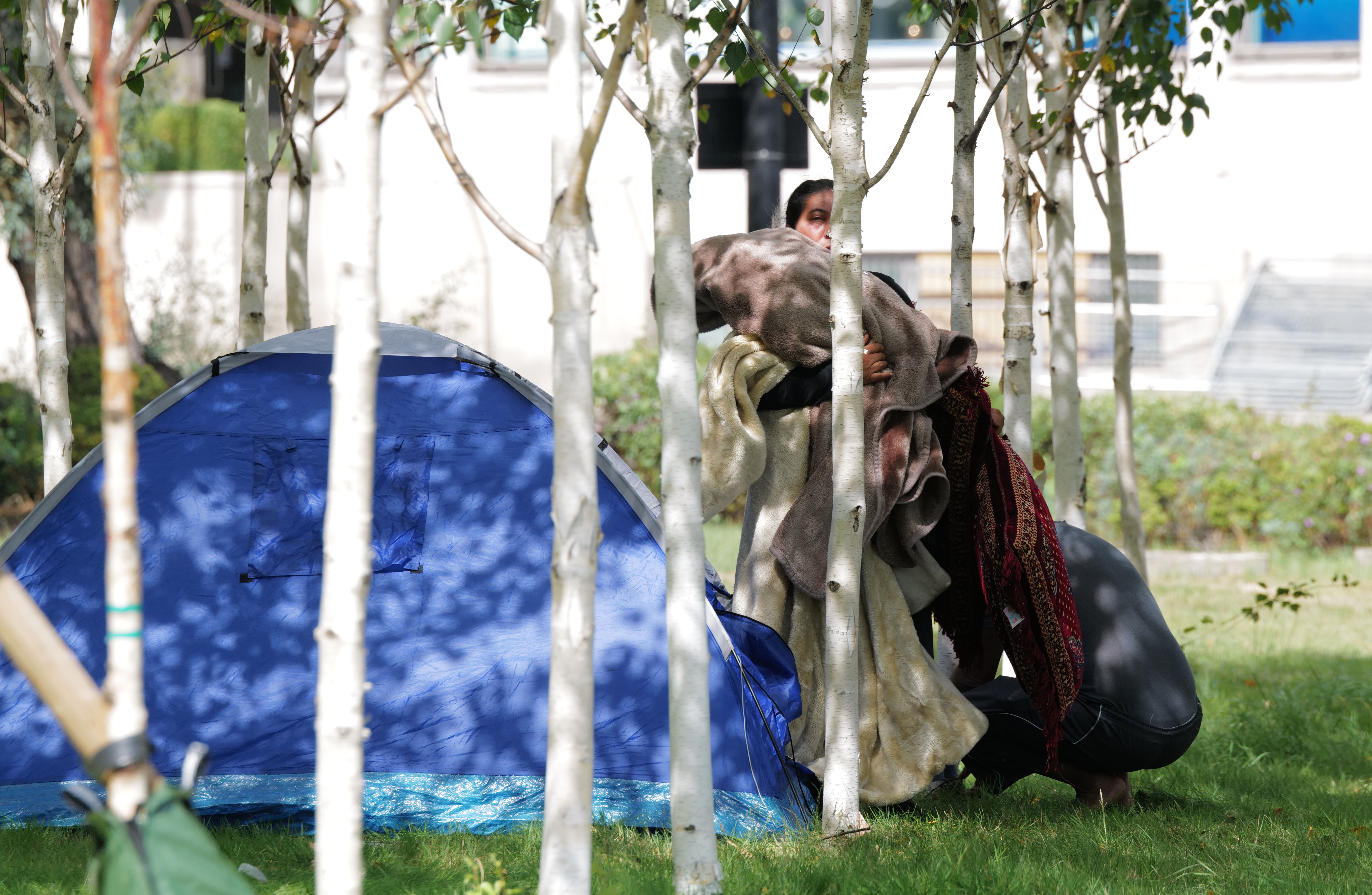 Officials from Westminster Council said: "We are aware that a group of people sleeping rough have gathered on Park Lane in recent days.

"We are working with our charity partners, the police and the Home Office to find a solution.

"The council spends more than £7million a year in helping people find a life away from the streets offering more than 500 bed spaces a night.

"We always help those people who have a genuine need but stress that living on Westminster’s streets is a danger to their lives.

"We act swiftly in response to any reports of anti-social behaviour."

Today, a woman dressed in a skirt was seen moving a mattress across the campsite, while groups of men believed to be living at the site lay on grass near the tents.

Several tents have been set up at the site.

The campers' belongings have left by the side of tents.

Earlier this month, London councils and homelessness charities called on the government to suspend the no recourse to public funds (NRPF) immigration status during the coronavirus pandemic to prevent a rise in homelessness.

Hundreds of thousands of immigrants with the status in the UK have been given the right to work in the country without access to benefits should they become unemployed. 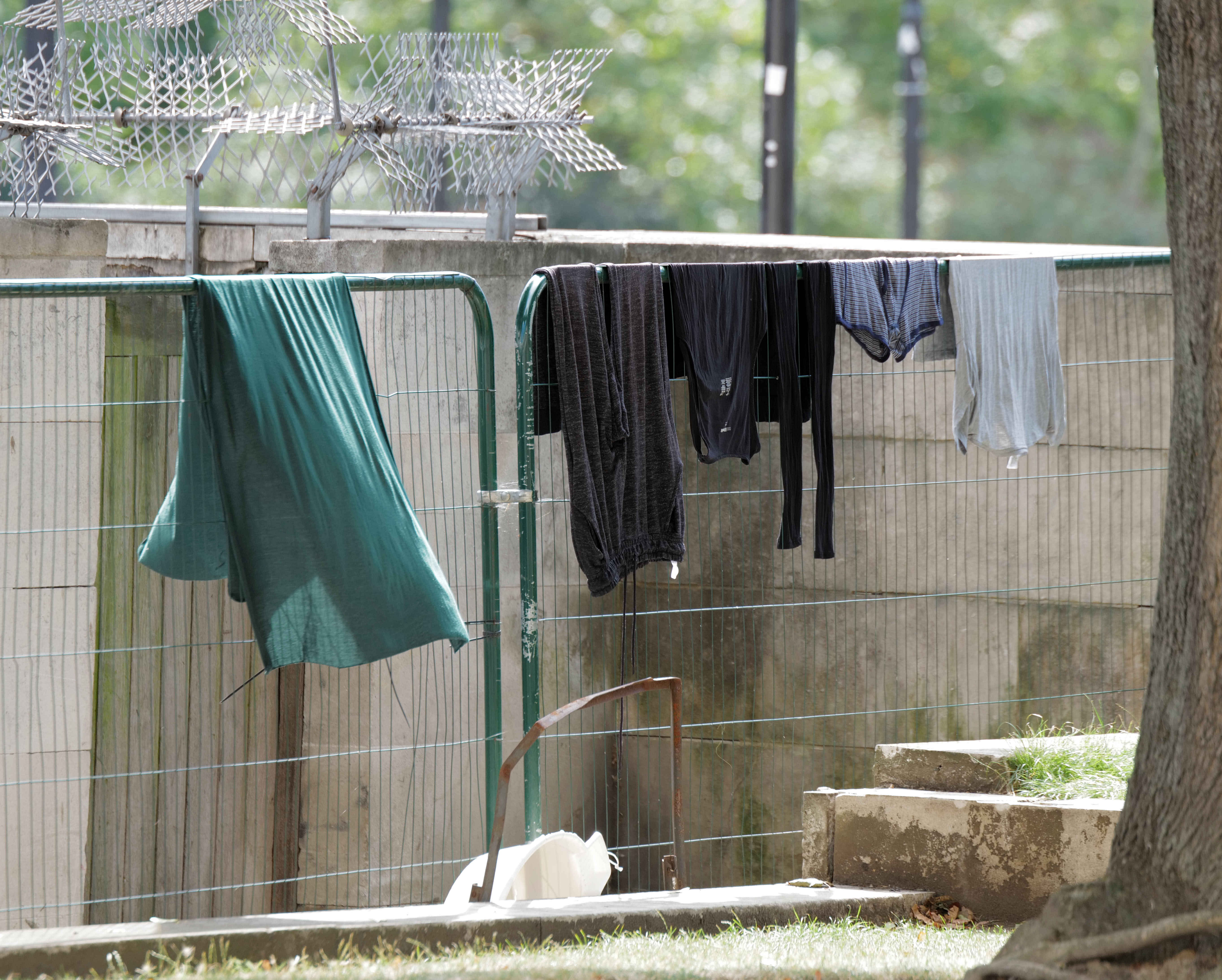 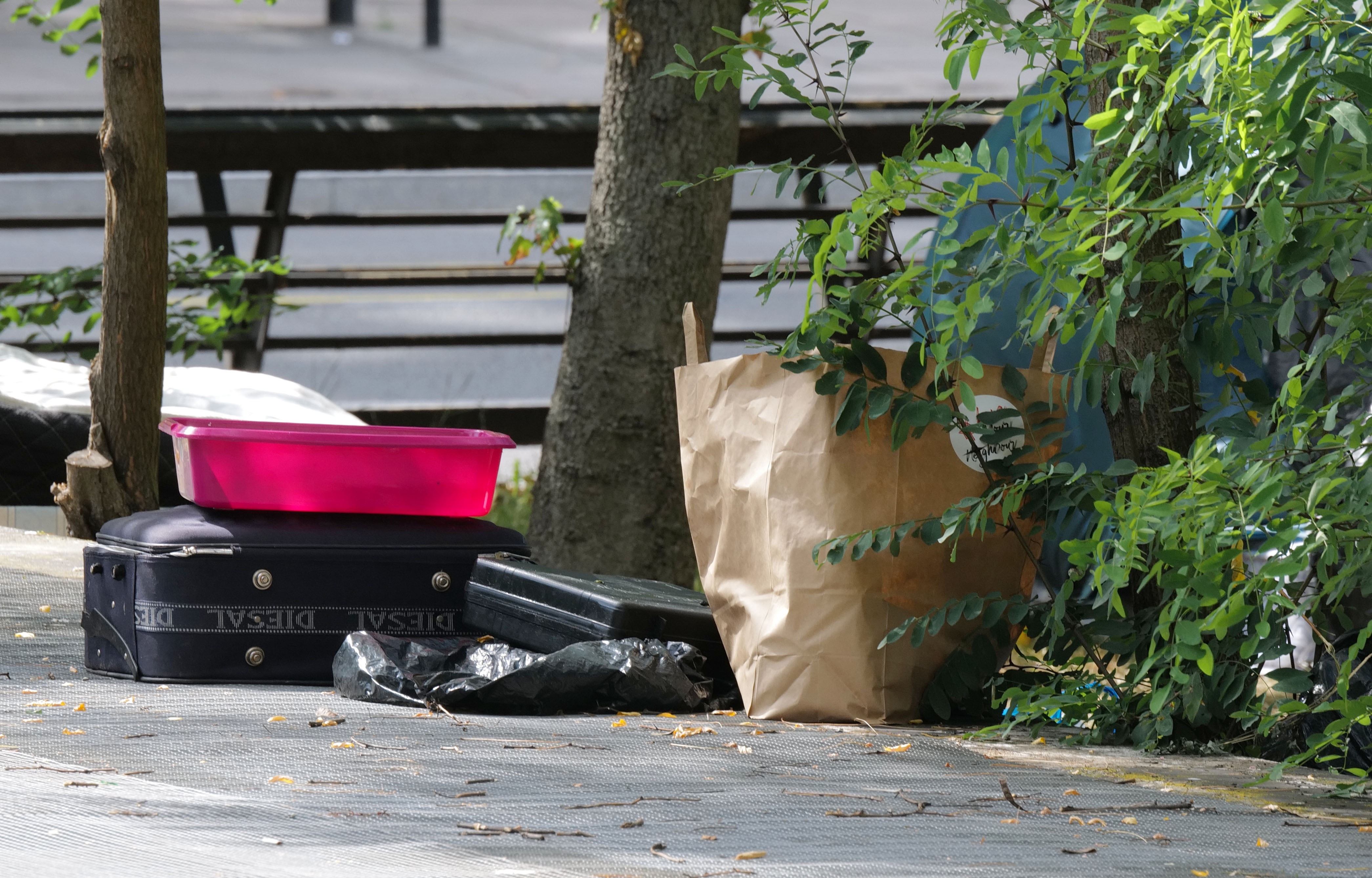 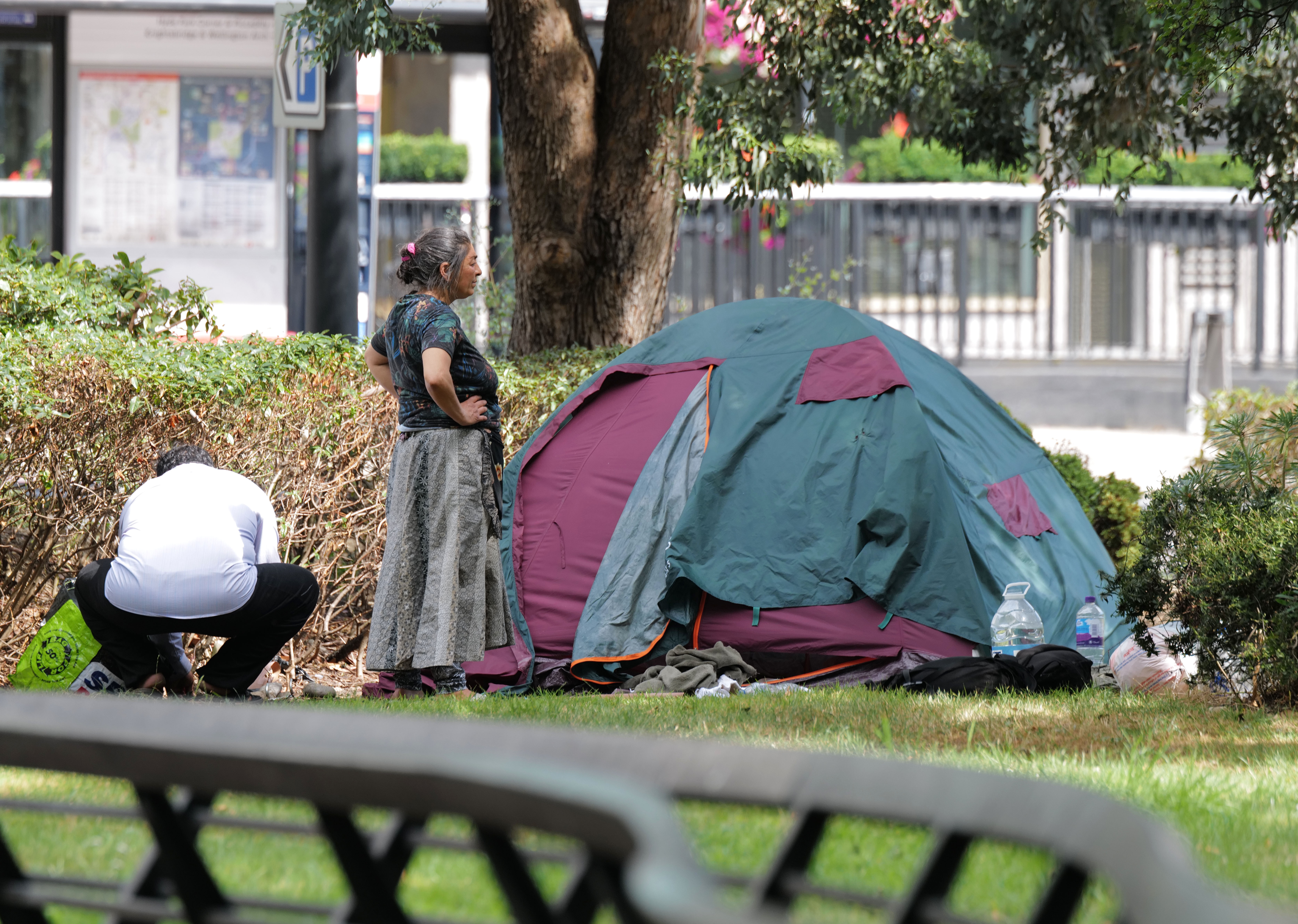 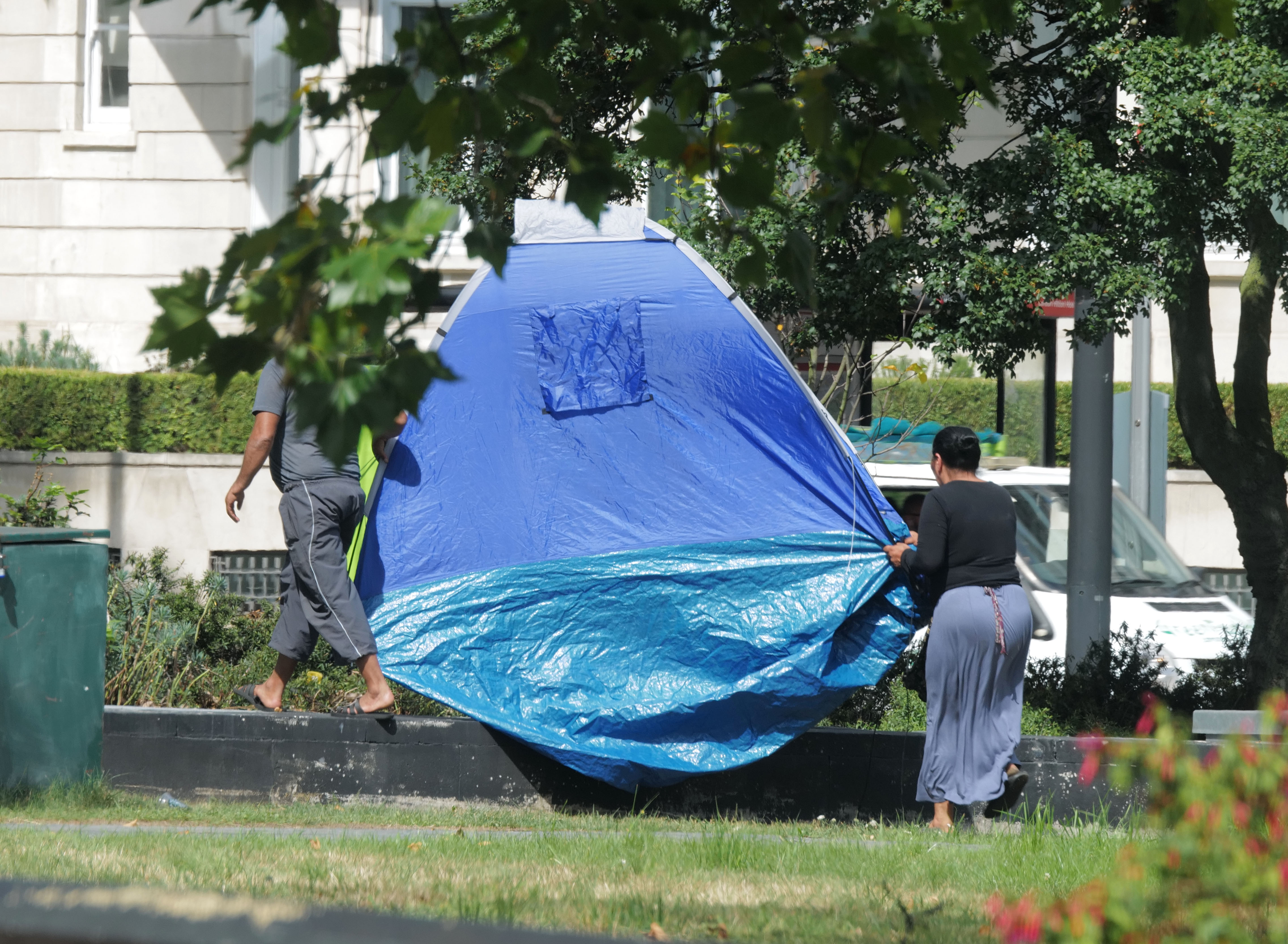 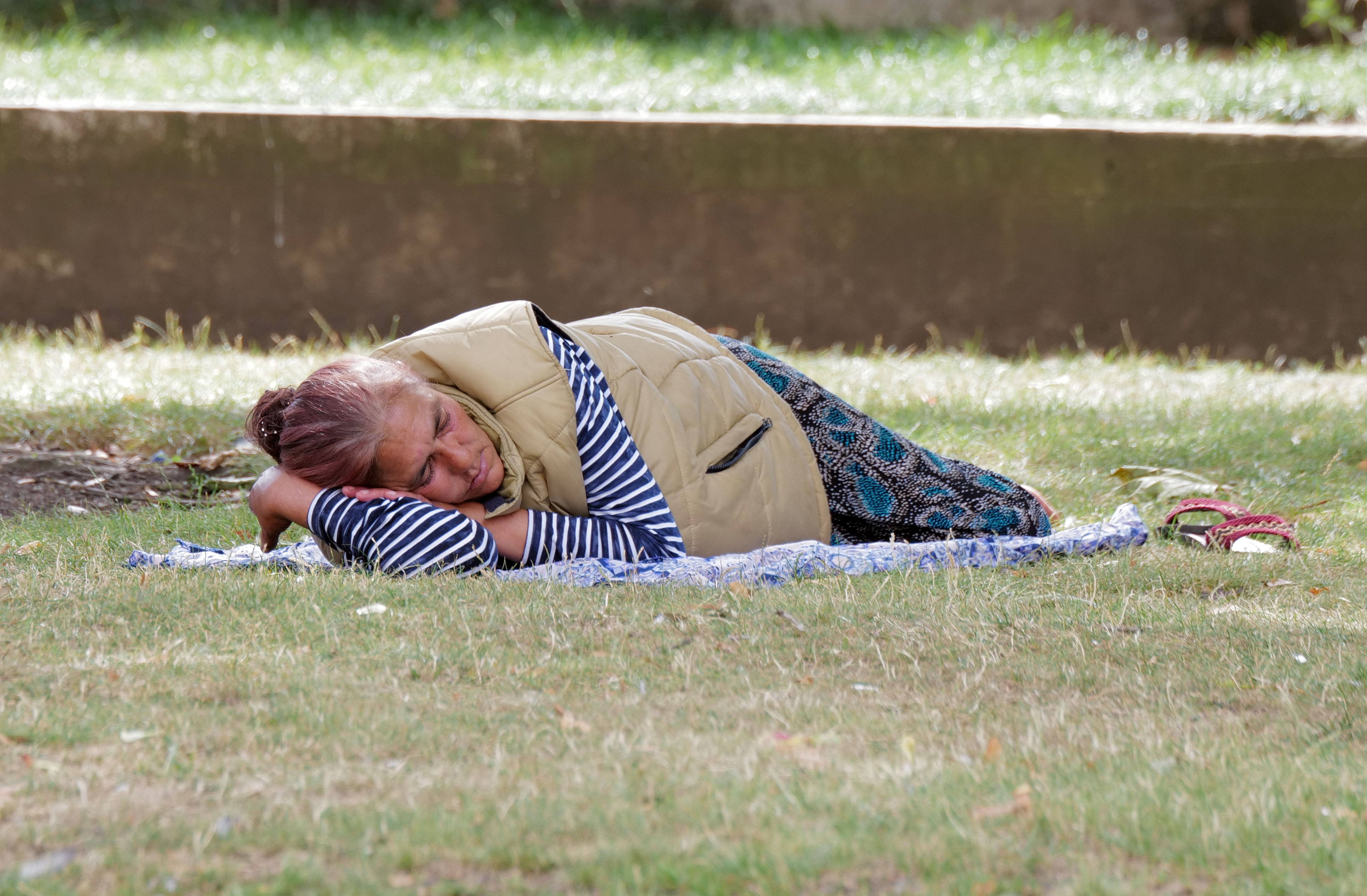