‘F*** it, run!’ Moment brazen migrant rappels down barbed wire-covered border wall in Arizona – only for a CBP agent to spot him and chase him down

This is the moment a migrant climbed over the barb-wire topped border wall in Arizona and rappelled down the other side – only for a passing border border agent to spot the illegal crossing and chase them down.

Footage, recorded by Univision, shows the migrant being lowered down the wall by a rope round his middle, held by a smuggler on the Mexican side.

The commotion caught the attention of a U.S. Customs and Border Protection agent who immediately gave chase through the border town of Nogales – giving the smuggler ample time to help several more migrants cross. 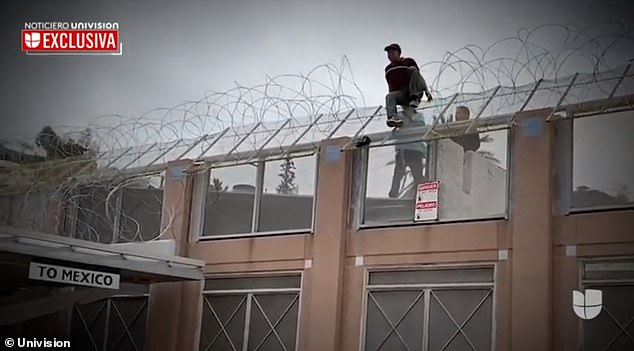 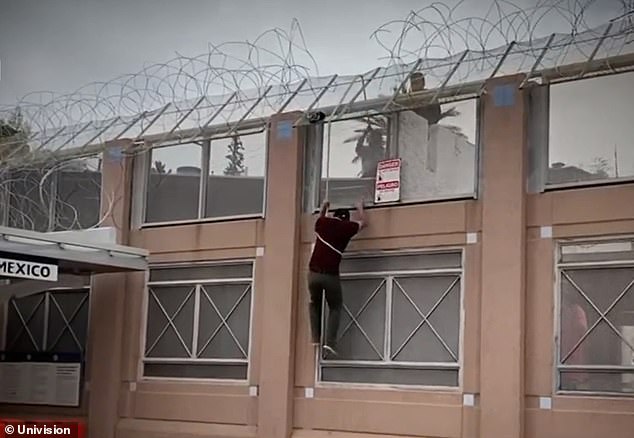 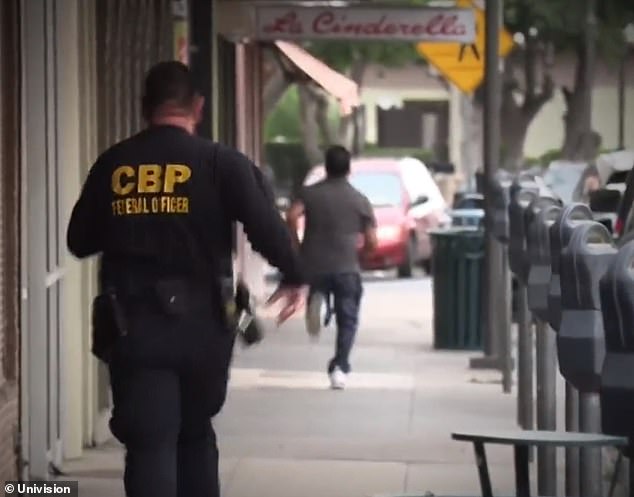 A U.S. Customs and Border Protection officer chases after a migrant in Nogales, Arizona, moments after noticing the male individual had been lowered over the border wall with the aid of a rope 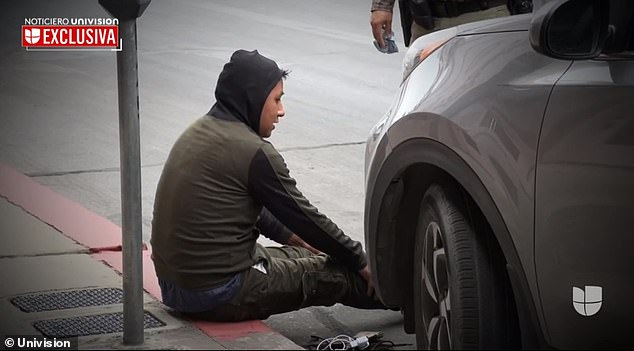 A migrant sits on the edge of a sidewalk in downtown Nogales, Arizona, moments after he was stopped by border agents for climbing down a United States-Mexico border wall

‘We just finished getting here because we’re waiting for the opportunity to catch him sleeping,’ the smuggler told Univision after the agent left to give chase.

CBP’s most recent monthly report for southwestern border encounters showed that Tucson Sector border agents stopped 120,367 migrants in May, compared to 100,465 individuals who were stopped between October 1, 2020 – the start of the current fiscal which runs to September 30 – and April 30.

Tucson Sector is responsible for 262 border miles, from the New Mexico state line to the Yuma County line.

At least 3,700 agents are assigned to nine stations in the sector.

‘Obviously we can’t have agents, we don’t have sufficient agents to place them everywhere, but thanks to the technology, it’s like if we had an agent and we had eyes at the location,’ Tucson Sector spokesman Jesús Vasavilbaso told the network. 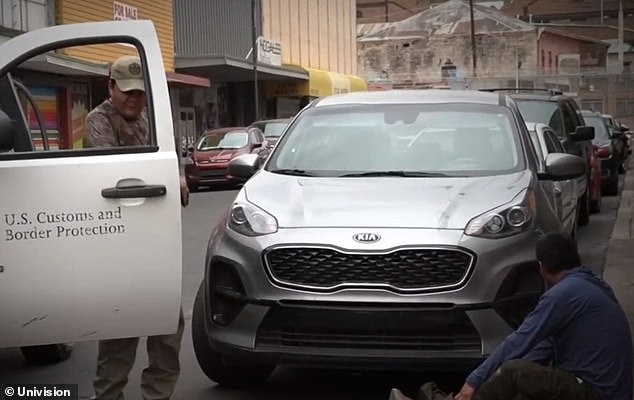 A border agent in Nogales, Arizona, stands next to one of the five migrants who recorded by Univision while they climbed down a border fence with the assistance of a smuggler 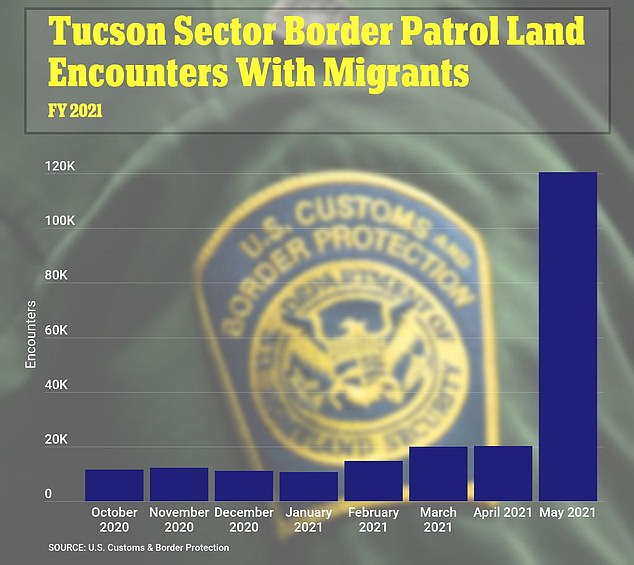 CBP’s most recent monthly report for southwestern border encounters showed that Tucson Sector border agents stopped 120,367 migrants in May, compared to 100,465 individuals who were stopped between October 1, 2020 – the start of the current fiscal which runs to September 30 – and April 30.