MIGRANTS were spotted sprinting off a rubber dingy after crossing the Channel today and landing on a beach in Kent.

Several people fled the cramped boat moments after it stopped at Kingsdown, near Dover. 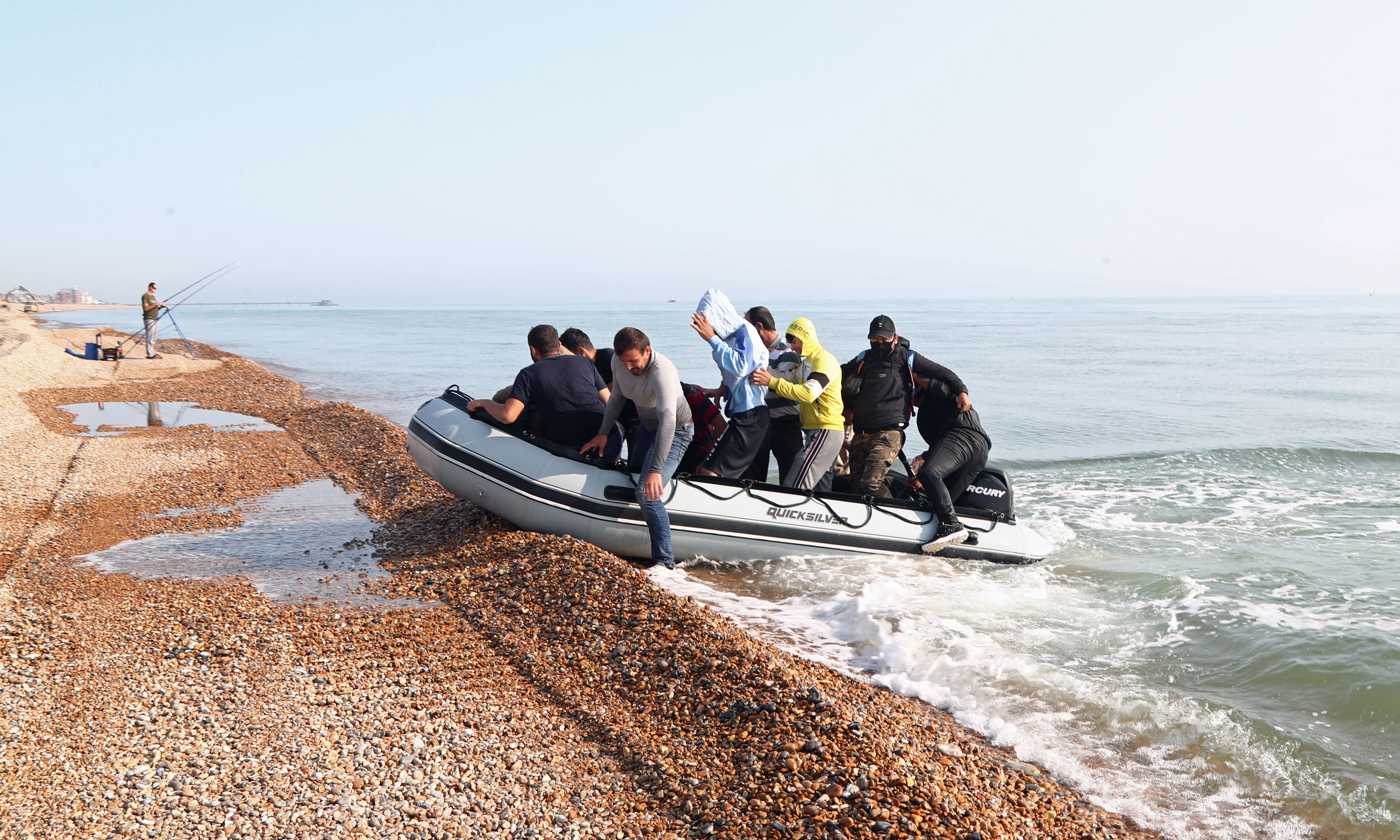 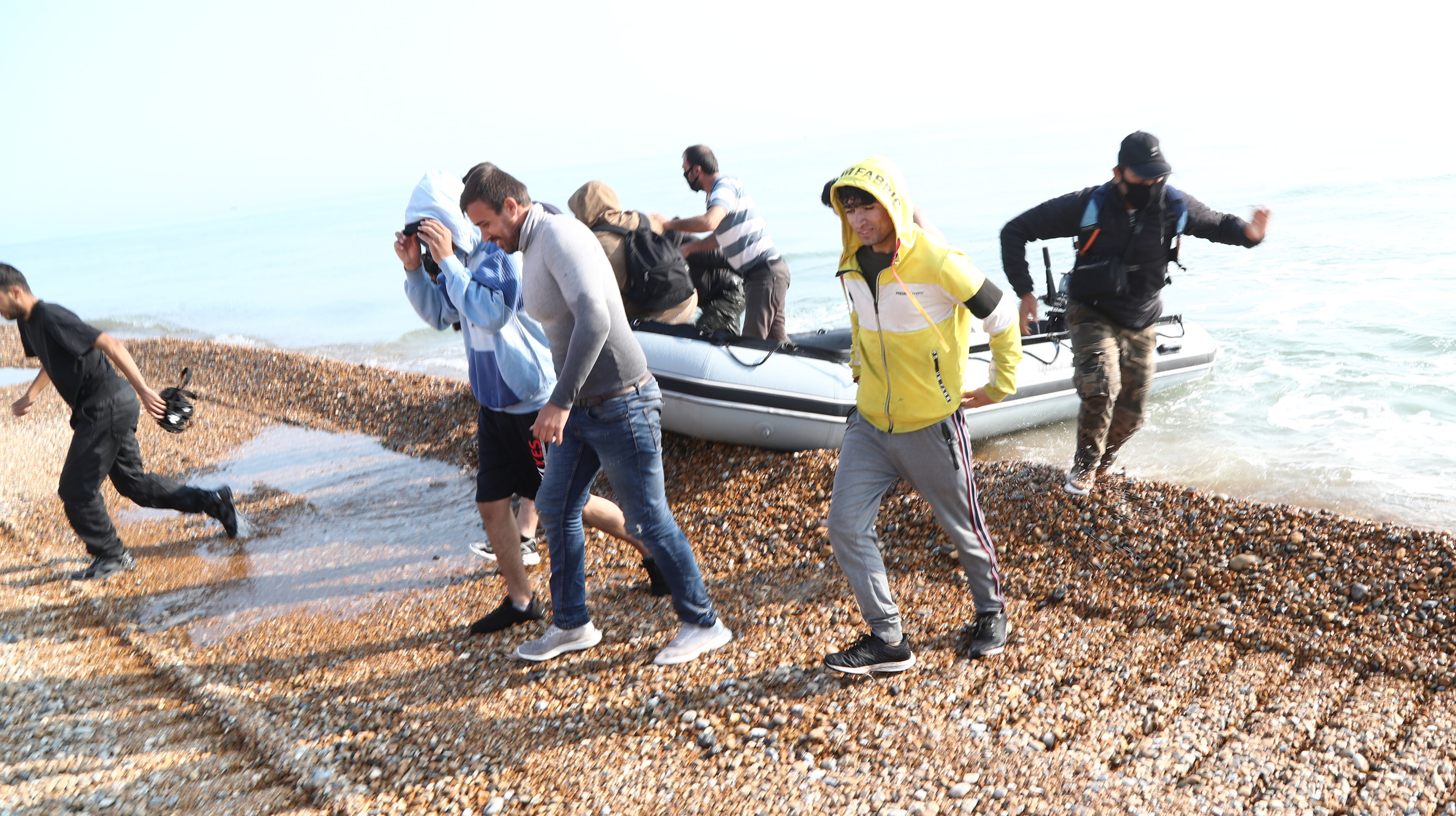 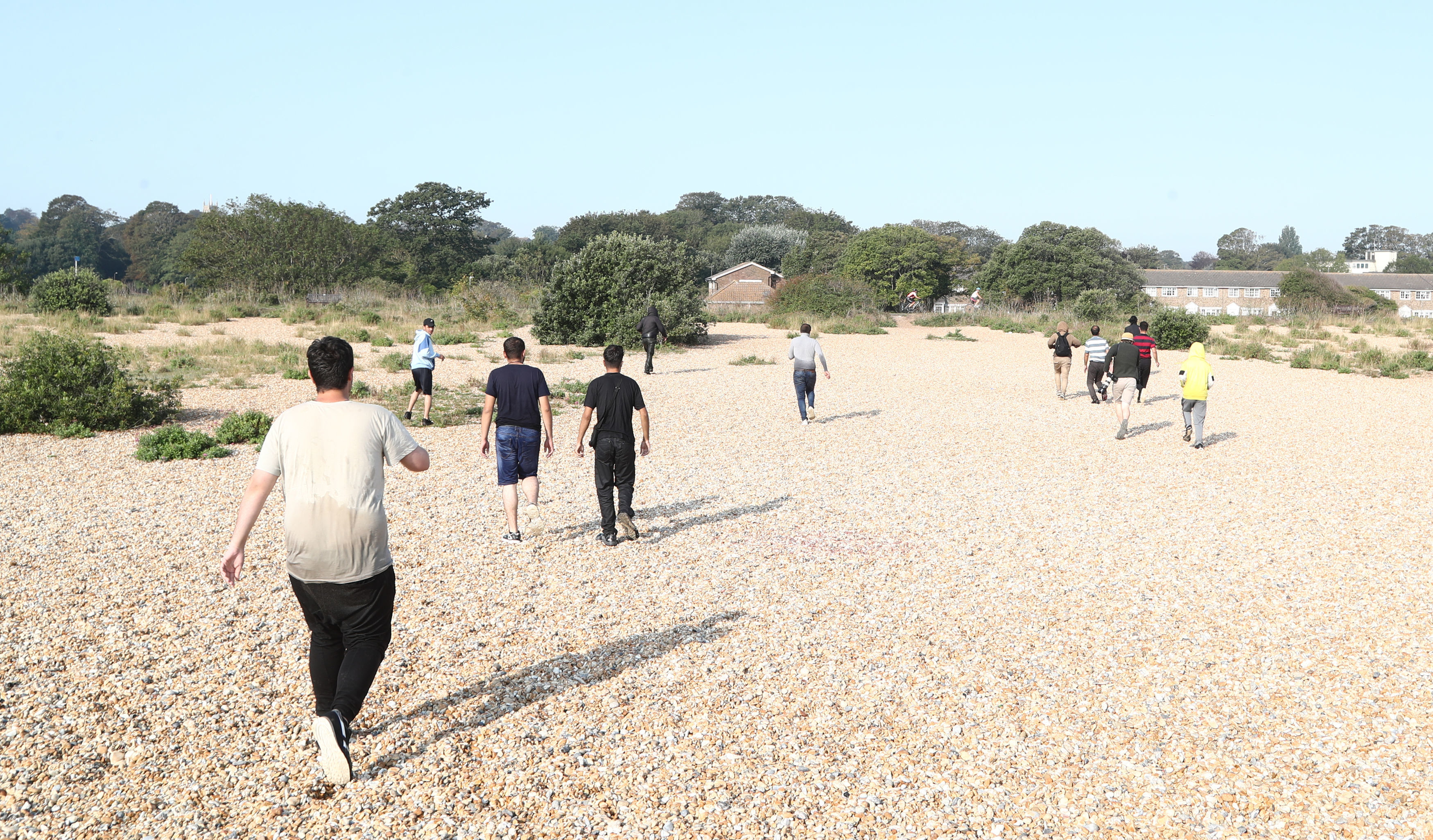 As the dinghy ground to a halt, they were seen leaping out and running across the beach towards some scattered trees.

Kent Police and immigration enforcement officers arrived on the scene in search of the group.

More boats carrying migrants are also believed to have crossed the English Channel on Monday.

Border Force and French patrols have been active in the Dover Strait since the early hours of the morning.

It comes after nearly 200 migrants arrived on British shores on Friday in “absolute” mayhem that left authorities “overwhelmed”.

This year’s total is now beyond 6,000 with 826 people coming over just six days in September.

The group of suspected migrants, who appeared to all be men, arrived squeezed on board a grey dinghy with a black outboard motor on the back.

Many wore hoodies and one was seen carrying a backpack as they headed off from the shoreline at speed. 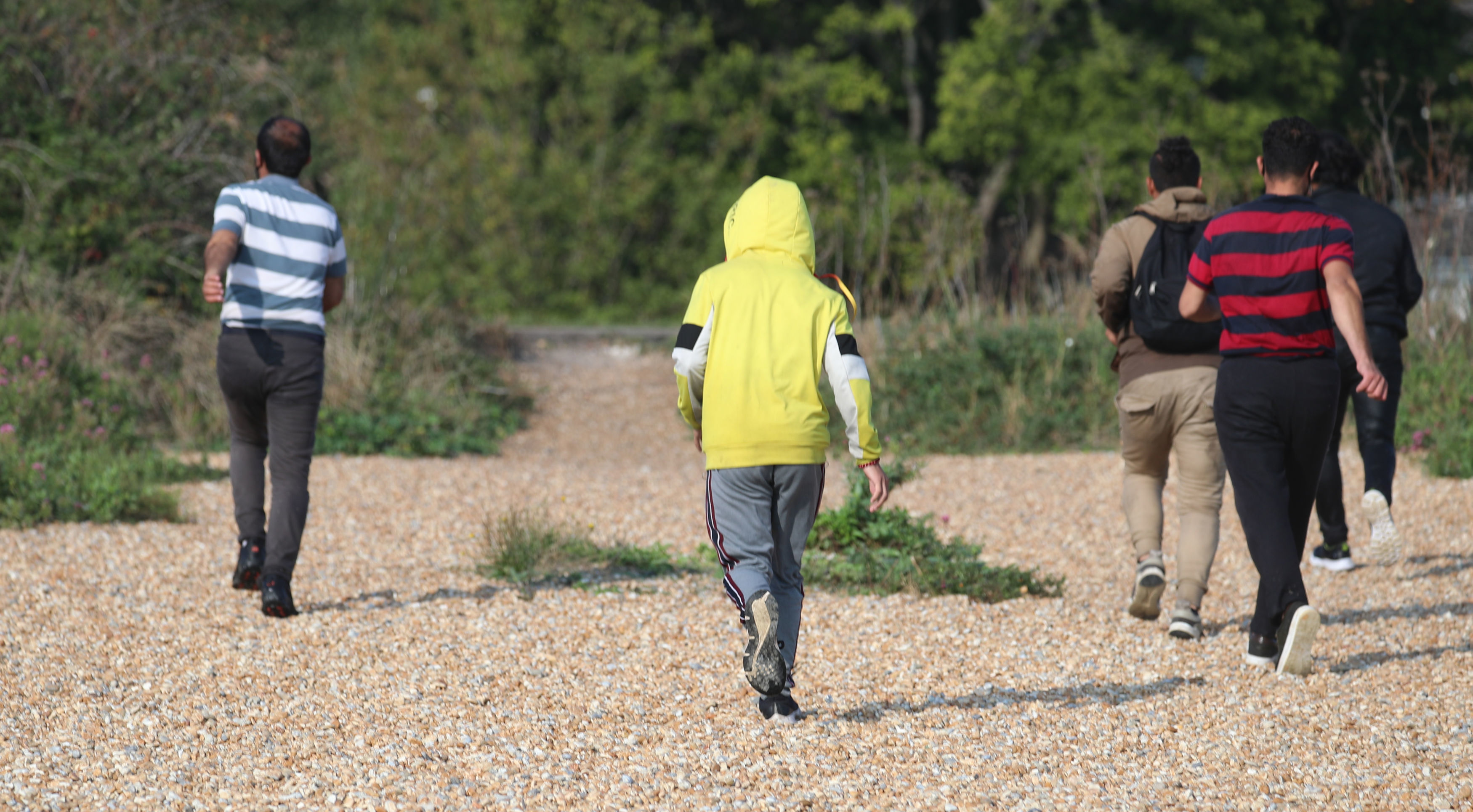 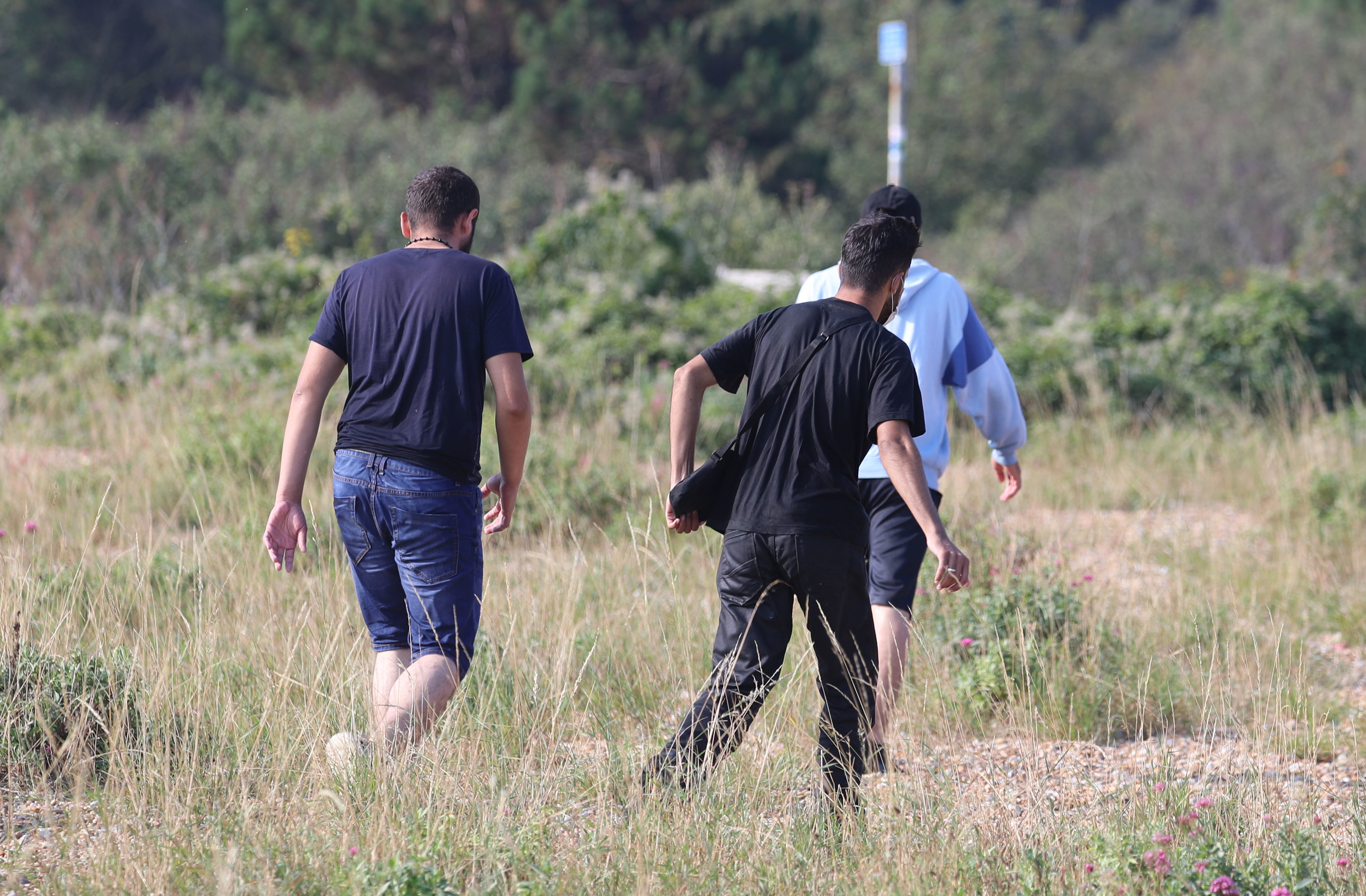 Priti Patel has vowed to change asylum laws to end the "utter farce" of migrants making the journey in small boats.

In a letter to MPs, she wrote: “I want to end this utter farce of small boats coming to the UK.

“I am therefore, doing everything legally and practically possible to find ways of making this route unviable.”

The Home Secretary said EU rules were hampering her efforts to tackle the crisis.

I want to end this utter farce of small boats coming to the UK.

But she promised to dismantle all legal hurdles as soon as Brexit is completed on December 31.

While Boris Johnson is said to planning to opt out of European human rights laws in a bid to make it easier to deport migrants.

The Prime Minister is  reportedly drawing up proposals to curb the use of such laws in areas where judges have already "overreached" – risking explosive rows with the EU.

Clandestine Channel Threat Commander Dan O'Mahoney said he will do "whatever it takes" to stop criminal gangs exploiting migrants desperate to come to our country.

He said: "Be in no doubt that they are ruthless monsters selling desperate people a false dream that the UK is paved with gold compared to France and many of the other European countries these migrants have travelled through."

He continued: "The task ahead of me is as grave and important as any I have faced — every day this route remains open we risk unthinkable tragedy.

"We are working across the entire Government system to come up with new tactics, new approaches, policy, legislation, whatever it takes to end this route and the ever-growing problem of illegal migration." 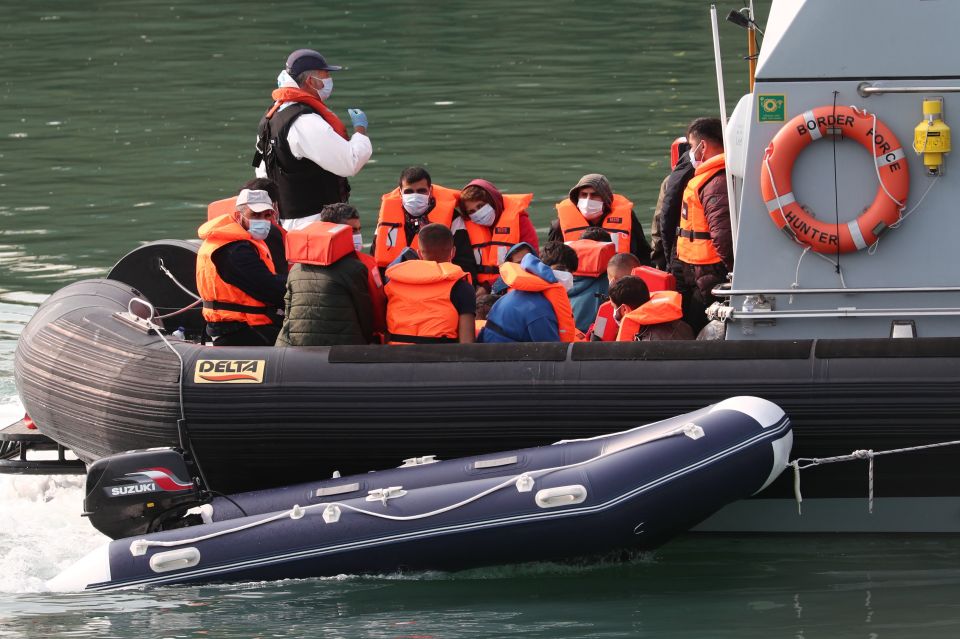 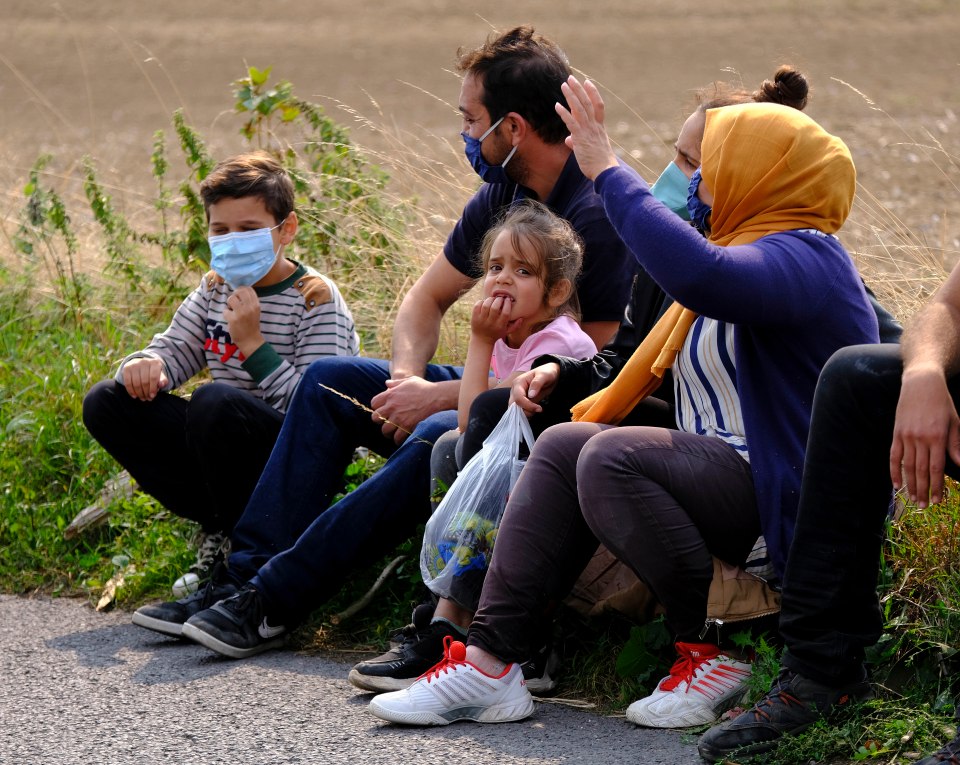