VICE President Mike Pence donned a face mask as he toured a ventilator production facility on Thursday – just days after coming under fire for not wearing one at the Mayo Clinic.

Pence wore the covering as he visited a General Motors/Ventec facility in Kokomo, Indiana, having previously claimed he was not aware of the Mayo Clinic's mask policy when he chose not to wear one. 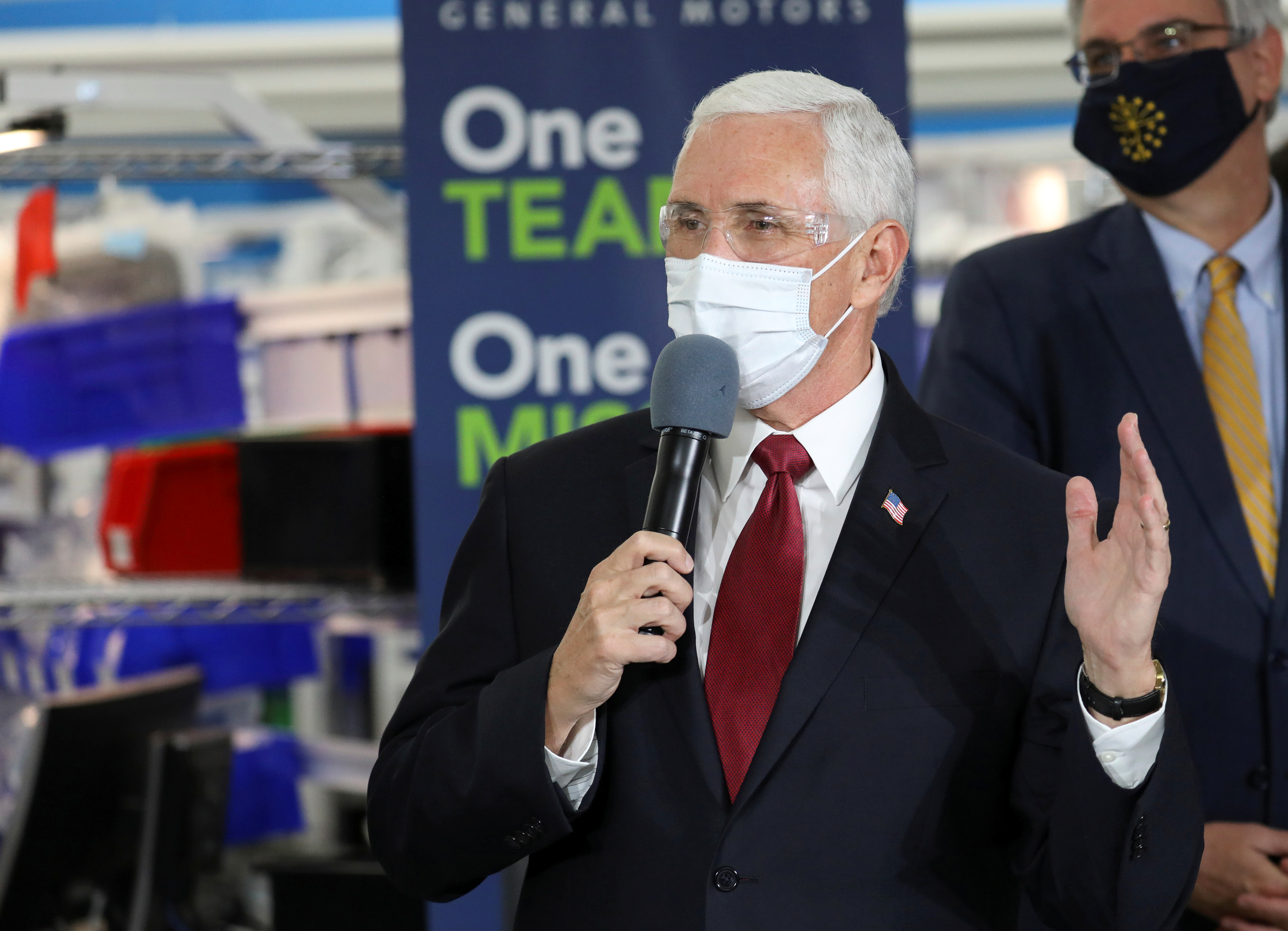 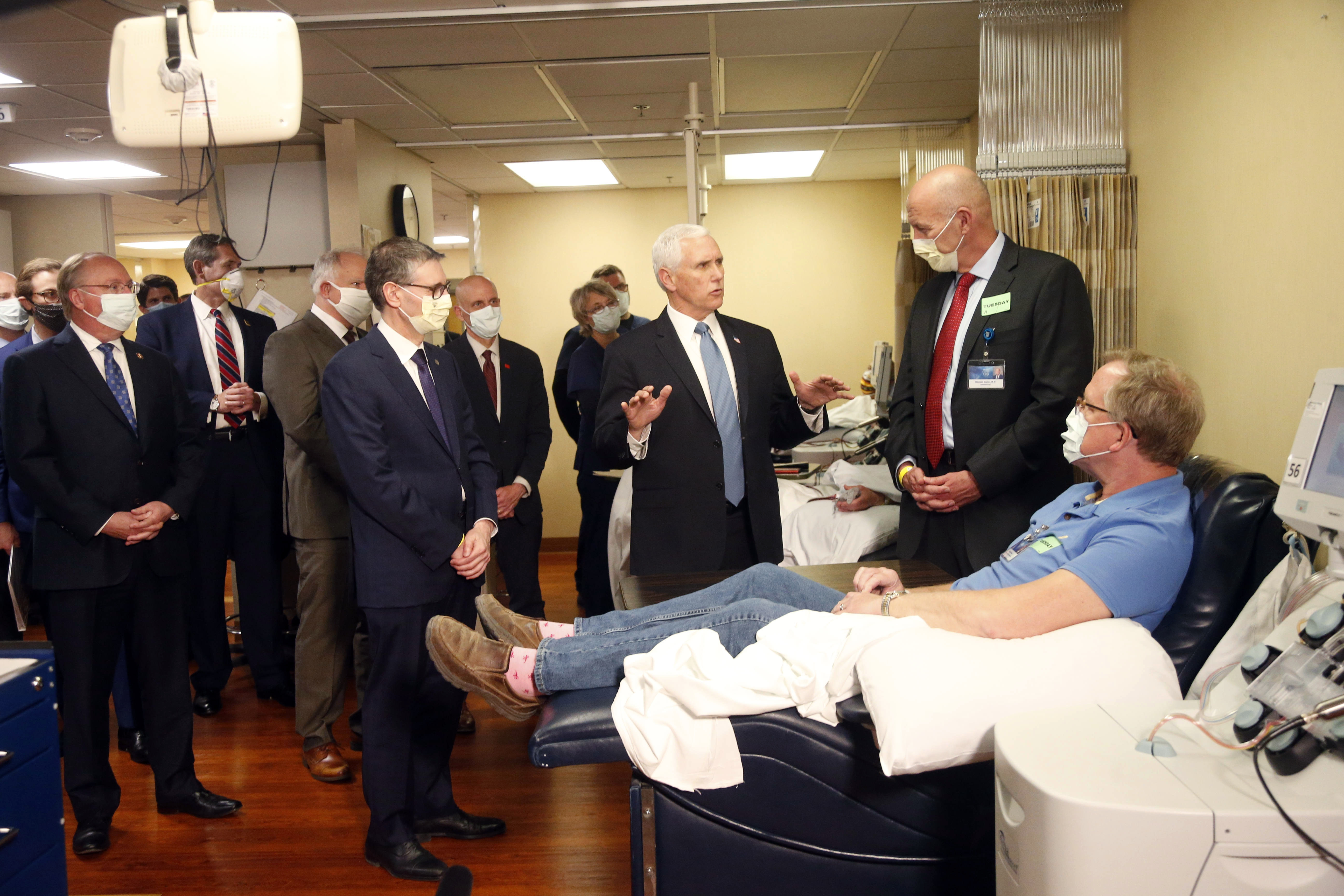 The Kokomo facility Pence was visiting had previously been closed because of coronavirus concerns, only to be brought back online in mid-April to help produce ventilators.

According to Jim Cain, a company spokesman, General Motors requires workers to wear masks in the plant's production area.

During a roundtable with top officials, though, Pence, General Motors CEO Mary Barra, Ventec CEO Chris Kiple and others chose not to wear face coverings.

On Tuesday, Pence visited the world-renowned Mayo Clinic, in Rochester, Minnesota, where he broke the hospital's policy and did not wear a mask.

Footage from the vice president's visit showed Pence without a mask as a met a Mayo employee who had recovered from COVID-19 and was now donating plasma.

Everyone else in the room appeared to be wearing masks during the discussion, and Pence also opted to remain maskless as he visited a lab where Mayo conducts coronavirus tests.

Mayo tweeted that it had informed the Vice President of its mask policy before his arrival, only for the tweet to later be removed.

On Thursday, Pence's wife, Karen Pence, defended her husband's decision not to wear a mask.

Mrs. Pence told Fox News Channel that he had been unaware of the hospital’s coronavirus policy during the visit and that the vice president has been following the advice of medical experts.

Pence, like other senior White House staff, is tested for the virus at least once a week. 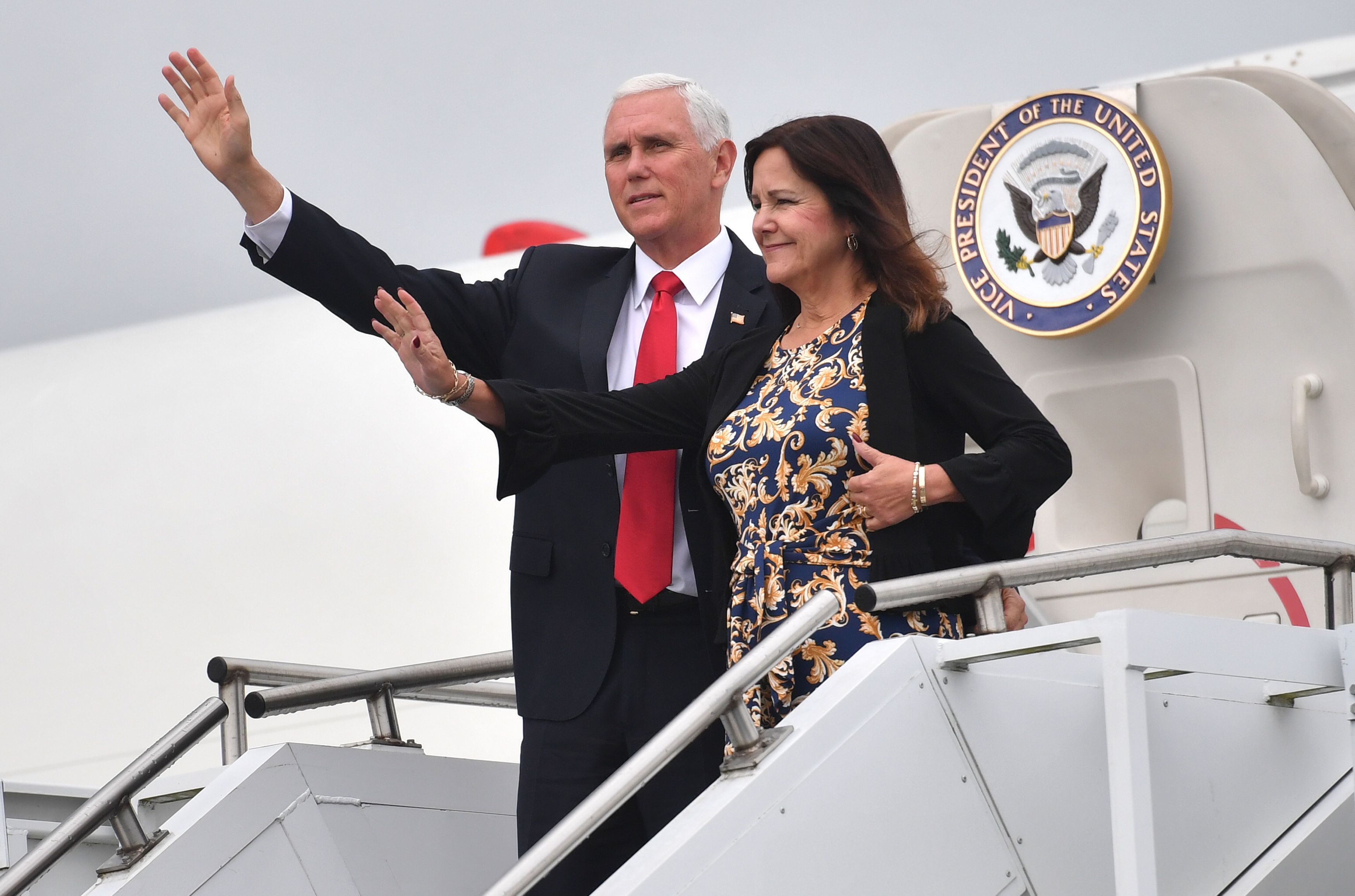 Karen Pence said: “As our medical experts have told us, wearing a mask prevents you from spreading the disease. And knowing that he doesn’t have COVID-19, he didn’t wear one.

She added that it “was actually after he left Mayo Clinic that he found out that they had a policy of asking everyone to wear a mask.

“So, you know, someone who’s worked on this whole task force for over two months is not someone who would have done anything to offend anyone or hurt anyone or scare anyone."

The Centers for Disease Control and Prevention recommends that Americans wear cloth face coverings in public settings where other social distancing measures are difficult to maintain, such as in supermarkets, especially in areas of significant community-based transmission.

President Donald Trump has previously expressed his discomfort about wearing a mask.

When the CDC's recommendations were unveiled, the president went as far as to say that he did not intend to wear one – though he has since said he may wear one when he travels to Arizona next week.

Addressing reporters Thursday, Trump asked whether it would be appropriate to wear a mask while giving a speech.

He said: "“Should I speak in the mask?” he asked. “You’re going to have to tell me if that’s politically correct. I don’t know. If it is, I’ll speak in a mask.” 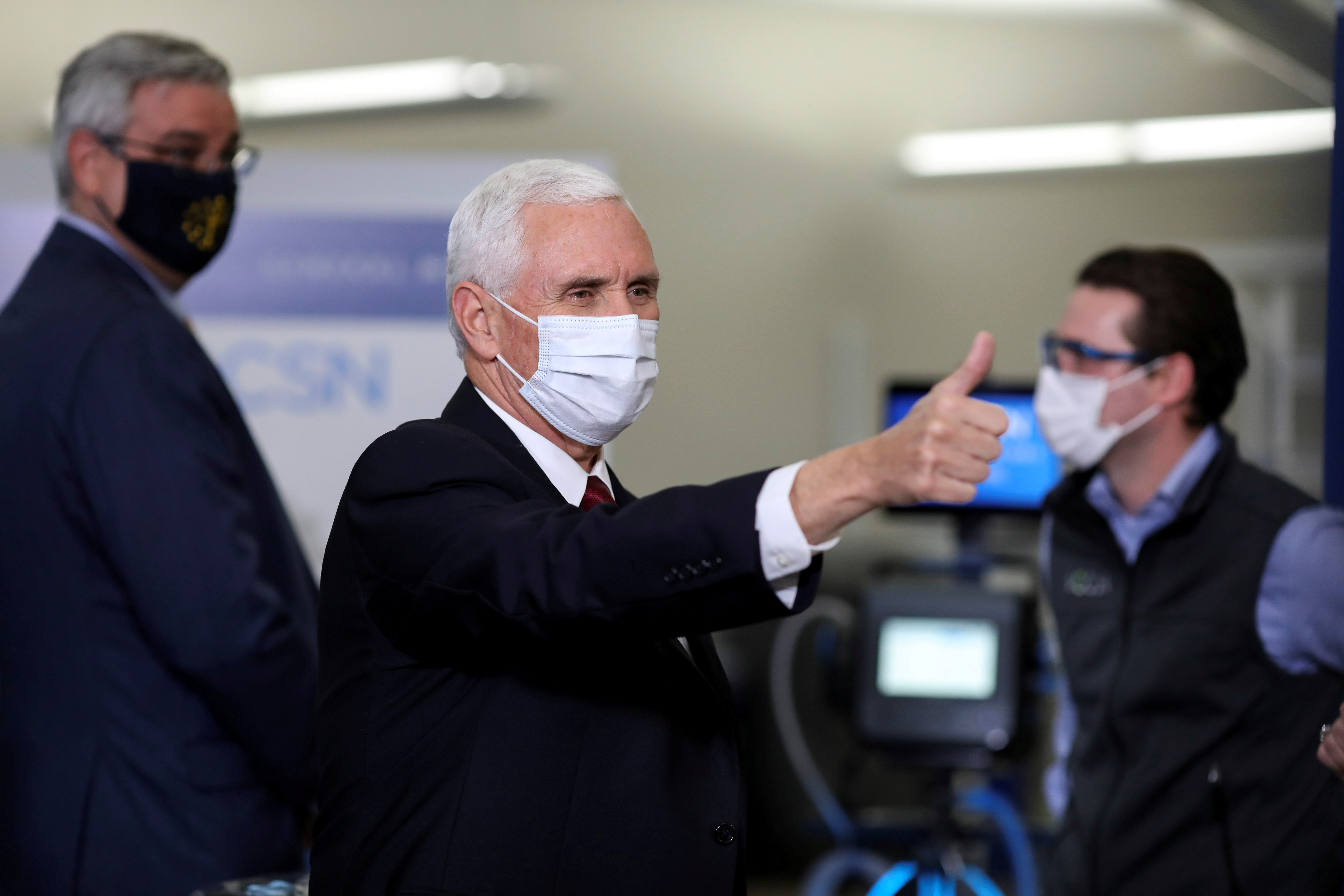 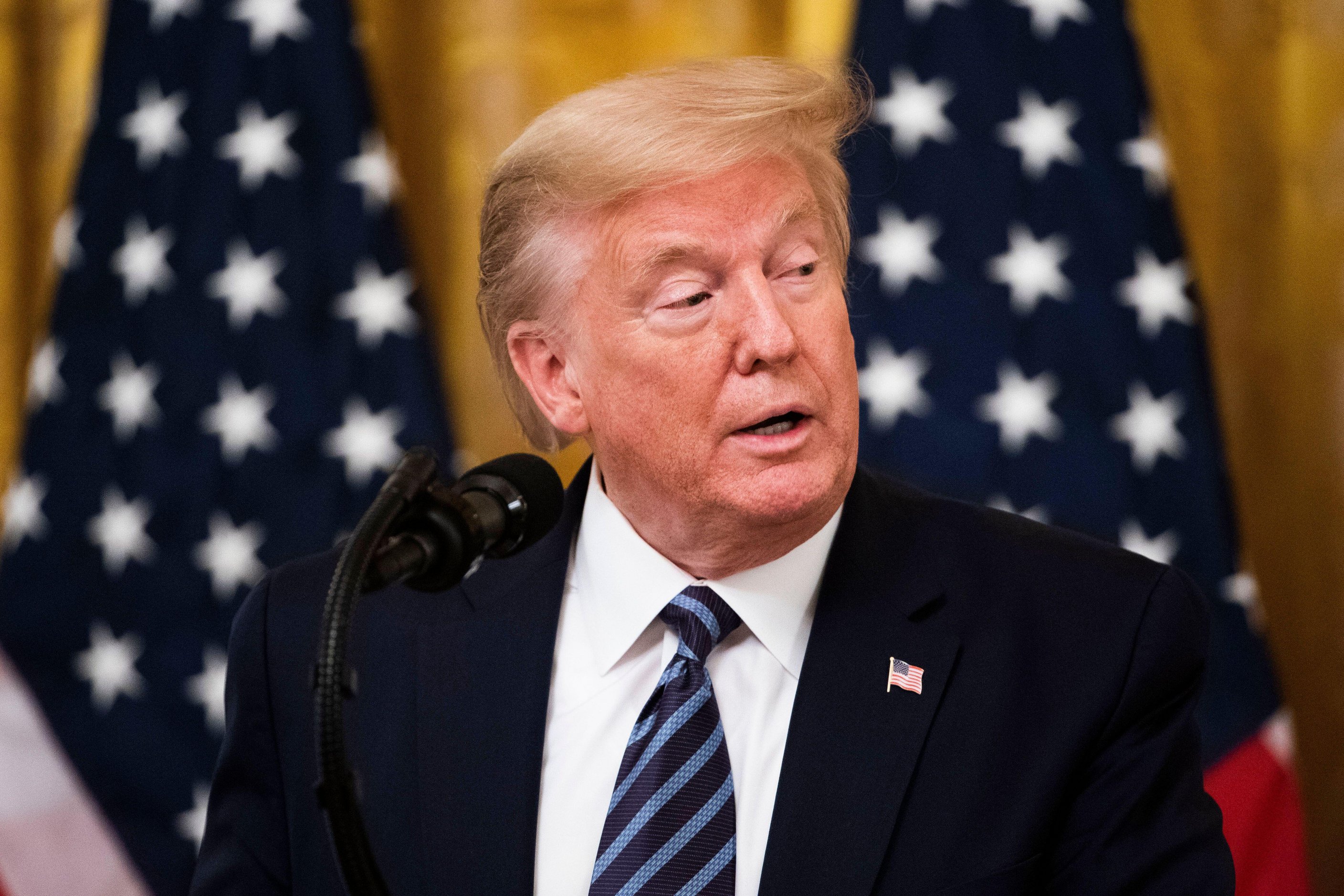 Related posts:
TV and Movies
Mads Mikkelsen Officially Confirmed to Replace Johnny Depp in ‘Fantastic Beasts 3’
90 Day Fiance fans seriously impressed by Brittany and Yazan's translator, he may have saved their relationship
Megan Fox files for divorce from Brian Austin Green after she makes first red carpet appearance with Machine Gun Kelly
Michelle Keegan re-enacts romantic Titanic moment with Brassic co-star Joe Gilgun
Recent Posts
This website uses cookies to improve your user experience and to provide you with advertisements that are relevant to your interests. By continuing to browse the site you are agreeing to our use of cookies.Ok