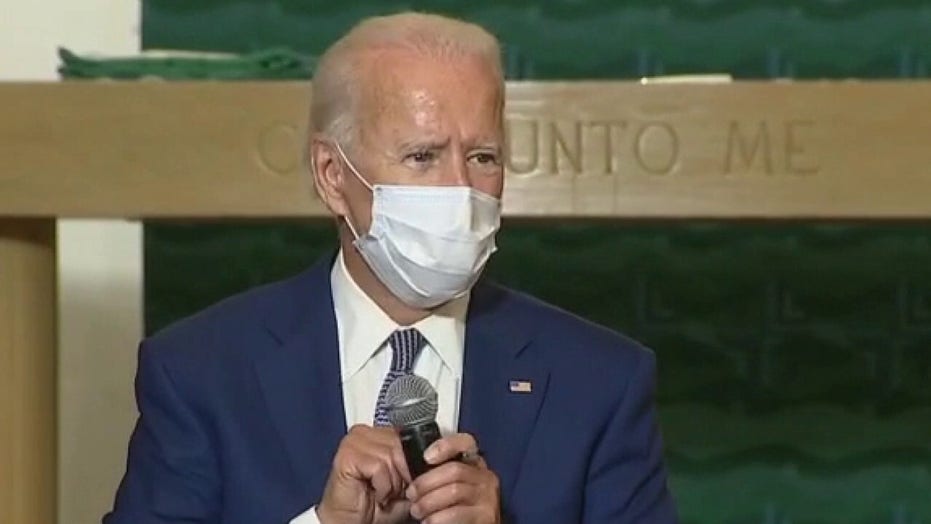 A pair of Missouri residents connected to a militia group traveled to Kenosha, Wis., amid demonstrations over the police shooting of Jacob Blake "to loot and possibly 'pick people off,'" according to a federal criminal complaint.

Michael Karmo, 40, and Cody Smith, 33, both of Hartville, Mo., were arrested Tuesday at a hotel in Kenosha County on federal charges of illegal possession of firearms. Both men are barred from possessing firearms because of past criminal convictions.

Karmo has prior convictions for vehicle theft, evading a peace officer resulting in injury or death and burglary, among other crimes. Smith has a domestic battery conviction.

According to the complaint, the Kenosha Police Department informed the FBI that a law enforcement agency in Iowa received a tip that the pair were traveling to the city with firearms. The FBI obtained messages between Karmo and the tipster, some of which showed Karmo posing with what appeared to be a rifle and drum-style magazine, the complaint said.

The message to the unidentified tipster read: "This is a game changer." 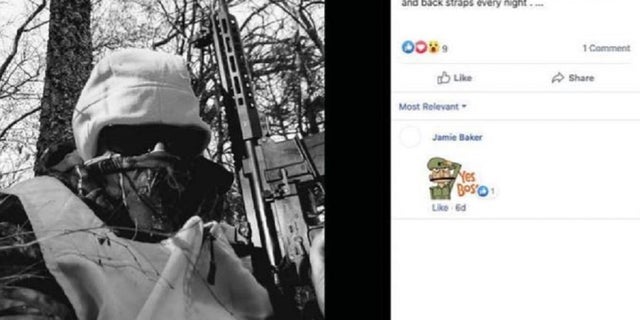 A Facebook screenshot shows Michael Karmo posing with a rifle, according to the Justice Department. Karmo and Cody Smith were arrested for illegal weapons possession. The pair drove from Missouri to Kenosha, Wis., and were found with weapons and ammunition Tuesday.
(Justice Department )

“Karmo told (him) he was going to Kenosha with the intention of possibly using the firearms on people," the complaint said, referring to a witness. (The witness) "feared that with Karmo’s increase in conspiracy theory talks and other ‘crazy’ political talk he was not in the right mindset to have a firearm.”

During a search of their hotel room, authorities recovered body armor, tactical gear, a homemade silencer, an AR-15 rifle, a Mossberg 500 AB 12-Gauge shotgun, two handguns, a drone, a knife and ammunition, among other items.

The pair arrived in the city Tuesday to participate in a rally to support President Trump, who toured the city and met with local officials. They went to a local high school where Trump was speaking and brought handguns, but locked them in a car, Karmo allegedly told investigators.

They also wanted to see proof of rioting in the city and "see what Kenosha was like at night," the complaint said. The tipster told authorities Karmo and Smith wanted to "to loot and possibly 'pick people off.'" No specifics were mentioned in the complaint.

The protests in Kenosha over the Blake shooting were mostly peaceful but turned violent after hours for several days. Blake was paralyzed after being shot seven times Aug. 23 by Kenosha police officer Rusten Sheskey.

The violence amid the protests culminated when 17-year-old Kyle Rittenhouse allegedly shot and killed two protesters, and wounded a third last week. 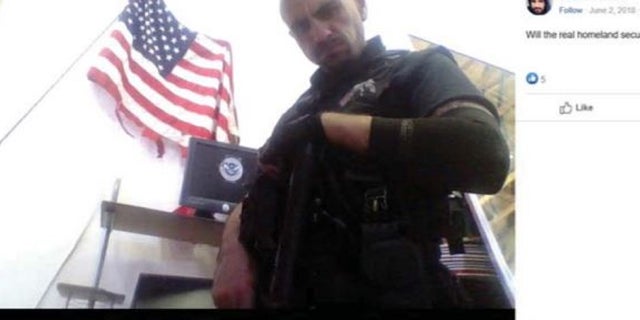 Karmo and Smith are members of the 417 Second Amendment Militia in Missouri, the complaint said. The group's Facebook page was taken down as of Friday, but the Kenosha News reported several posts celebrating Rittenhouse and law enforcement.

The paper said Karmo and Smith are being held in Kenosha County jail pending transfer to the FBI. The Kenosha County Sheriff's Department did not return messages from Fox News.