‘I am not an investigator!’ Policing Minister Kit Malthouse clashes with BBC’s Mishal Husain as he is grilled over Downing Street Christmas party row and insists he has been ‘reassured all the regulations were complied with’

Policing Minister Kit Malthouse today insisted he had been ‘reassured that all of the regulations were complied with’ as he was grilled over the Downing Street Christmas party row.

Number 10 has not denied that a festive gathering was held in December last year but has claimed that all coronavirus rules in place at the time were complied with.

Parties were banned under Covid restrictions and the Government is yet to explain how the gathering was within the rules.

Mr Malthouse clashed with BBC Radio 4 Today programme presenter Mishal Husain during a fiery interview this morning as she asked him to make sense of the Government’s position.

The Tory frontbencher said he is ‘not an investigator’ but he had ‘asked the question was all the regulations compiled with’ and he had been ‘reassured they were’. 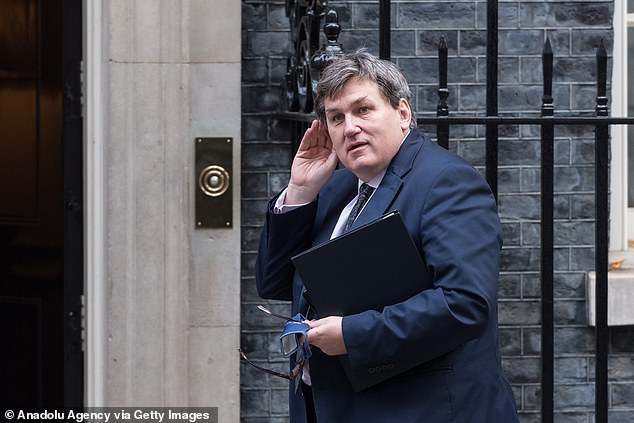 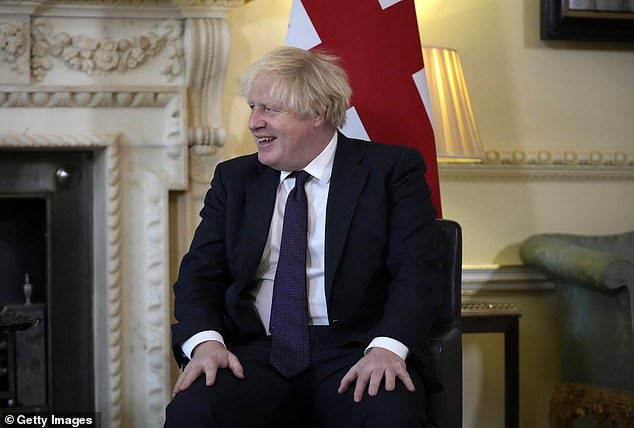 Deputy Prime Minister Dominic Raab reignited the party row yesterday after he said it would have been a clear breach of Covid rules at the time if Boris Johnson’s staff held a party in Number 10 in the run-up to last Christmas.

Mr Johnson has not denied reports that members of his Downing Street team staged a party on December 18 last year when London was under Tier 3 restrictions but he has insisted that no rules were broken.

Mr Raab, who is also the Justice Secretary, said he did not know the truth of the reports based on ‘unsubstantiated claims all on the basis of anonymous sources’, but if they turned out to be correct, then there would have been a breach.

He said that ‘if there was a formal party held, of course that is something that is clearly contrary to the guidance’.

Ms Husain asked Mr Malthouse this morning if a hypothetical gathering at the BBC last Christmas involving ‘several dozen of us, drinks, nibbles, party games’ would have been within the rules.

He replied: ‘Well, you are asking me a hypothetical question. I would have said to you you have to abide by the regulations.’

Ms Husain replied: ‘That description, drinks, nibbles, party games, several dozen people. Would that have been within the rules on December 18 last year if it had happened here at the BBC?’

Mr Malthouse said: ‘Well, as I say, the reassurances I have been given are that none of those rules were broken at Downing Street, that they complied with the Covid regulations at the time.’

The BBC presenter responded: ‘I know that that’s the answer but it doesn’t make sense to people who hear the description of the gathering, which has not been denied by Downing Street and if it wasn’t true it would be very easy for them to deny it, and then they contrast that to the rules which only permitted gatherings reasonably necessary for work and they don’t understand how that description of it being within the rules applies. How does it?’

Asked again how a gathering of ‘drinks, nibbles and party games involving several dozen people was within the rules last year’, Mr Malthouse said: ‘Well, a description that hasn’t been denied doesn’t mean that is what actually took place.’

Asked why Number 10 has not denied that description, the minister said: ‘Well, I don’t know, you would have to ask them.’

Ms Husain said: ‘And have you asked how that can be the case given the description of what happened on the 18th of December?’

Mr Malthouse said: ‘Well, I am not an investigator, Mishal, my job is to seek the reassurance because I thought I would get this question and that is what I have done.’

Ms Husain then asked Mr Malthouse ‘how can that gathering have been within the rules’ and he replied: ‘To be honest with you Mishal I am very focused on trying to drive down drug crime. I understand this is of interest in the media.

‘You would have to redirect that question to Number 10. I asked the question was all the regulations compiled with, I was reassured they were and to take that at face value, that is absolutely what I am sure is the case. It is for others to decide if they want to take it further.’ 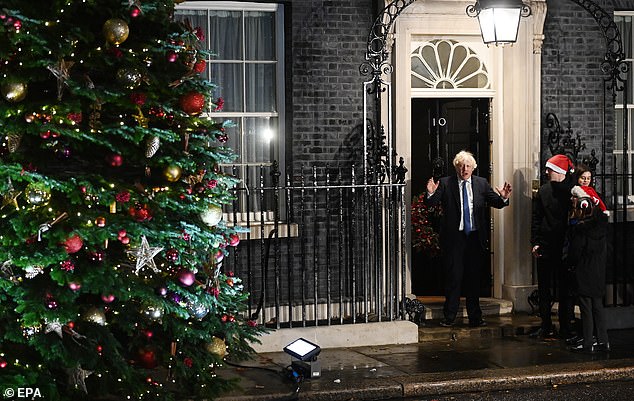 Mr Johnson, pictured in Downing Street on December 1 this year, has insisted all Covid rules have been complied with in Number 10

Last week The Daily Mirror reported that two events took place in Number 10 last year in the run-up to the festive season.

The first was said to have been a leaving do for a senior aide held in November, when the country was in a second national lockdown, apparently attended by Mr Johnson who gave a speech.

The second was reportedly a staff party in December where, according to multiple reports, party games were played, food and drink were served, and the revelries went on past midnight.

The rules in place in the capital at the time explicitly banned work Christmas lunches and parties where it was ‘a primarily social activity and is not otherwise permitted’.