Ministers are planning to build up to 12 customs centres close to the UK’s ports to carry out post-Brexit border checks on goods.

The Government today published its long-awaited plans for how the border will work once the transition period finishes at the end of December this year.

The Government has admitted the customs declarations process is ‘complicated’ with businesses expected to file an extra 400 million declarations every year once Britain has formally split from Brussels.

The dozen new inland inspection areas will be used by local ports which lack the space to conduct all the necessary post-Brexit checks on goods.

There are now less than six months to go until the end of the Brexit transition period. 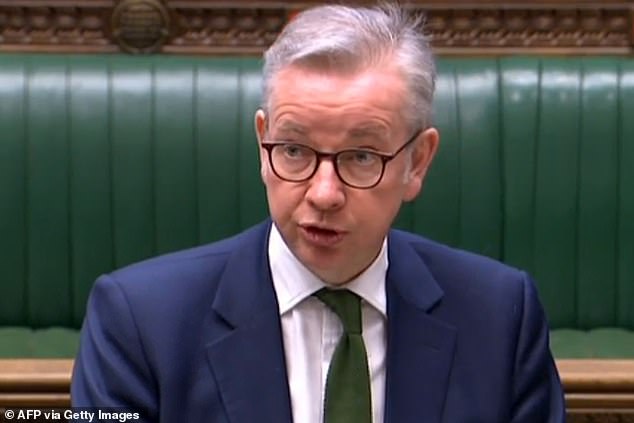 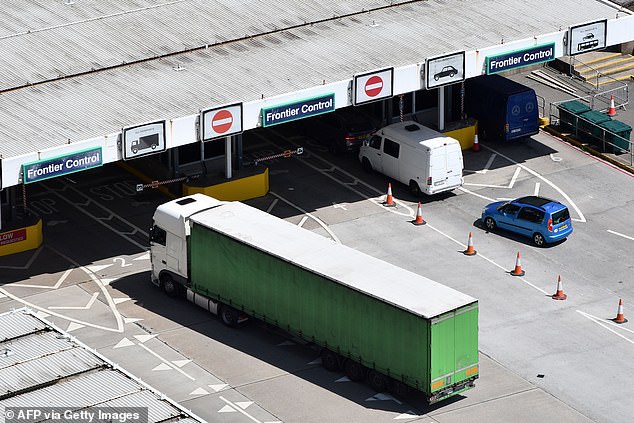 The Government is expected to build between 10 and 12 inland customs centres to help check goods. Pictured is the Port of Dover in July this year

The Government today published its so-called ‘Border Operating Model’, telling businesses how importing and exporting will be different from January next year.

Ministers have insisted Britain will have the ‘most secure’ border in the world by 2025.

But the proposals suggest firms in the UK and on the continent will face a significant increase in checks and bureaucracy when it comes to the movement of goods.

The new border arrangements will be phased in, with everything expected to have been rolled out by July 2020.

Michael Gove, the Minister for the Cabinet Office, today urged businesses to get ready for when the UK becomes an independent trading nation for the first time in nearly half a century.

More than £700 million is to be spent on building new infrastructure, hiring staff and developing technology to ensure that Britain’s border systems are fully operational when the transition period ends, Mr Gove said.

‘The publication of the Border Operating Model is an important step which gives business the certainty and direction they need to prepare for the end of the transition period when the UK becomes an independent trading nation for the first time in nearly 50 years,’ Mr Gove said.

‘We are committed to working closely with businesses and the border industry to help deliver not just a fully operational border at the end of the transition period, but also the world’s most effective and secure border in the world by 2025.’

The £705 million package includes £235 million for staffing and IT systems, and £470 million for port and inland infrastructure to ensure compliance with new customs procedures and controls.

Between 10 and 12 inland customs centres are expected to be built to help ports which lack the space to build the necessary infrastructure to conduct checks and process additional paperwork.

The publication of the border plan comes ahead of the launch of a public information campaign which will set out guidance to traders and hauliers, explaining what they need to do to prepare for January next year.