Modeller, 82, with just weeks to live defies the odds to finish 16ft replica of Germany’s Wuppertal Suspension Railway… as he prepares for final departure

A model railway enthusiast who has been given just weeks to live has managed to see his final project completed before he dies.

John Bint, 82, from Coventry had set himself the task to complete a one-of-a-kind replica model of the world’s oldest electric suspension train back in December.

However, the grandfather-of-five suffered a stroke in April and tests revealed he had a brain tumour. Doctors gave him ‘weeks rather than months to live’.

Despite not being able to hold his brushes and tools as easily as he once did, John was determined to complete his labour of love. 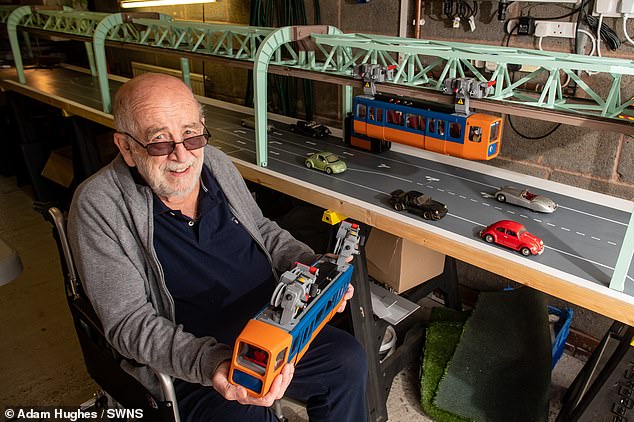 John Bint, 82, a model railway enthusiast from Coventry has just weeks to live but was determined to complete his final project 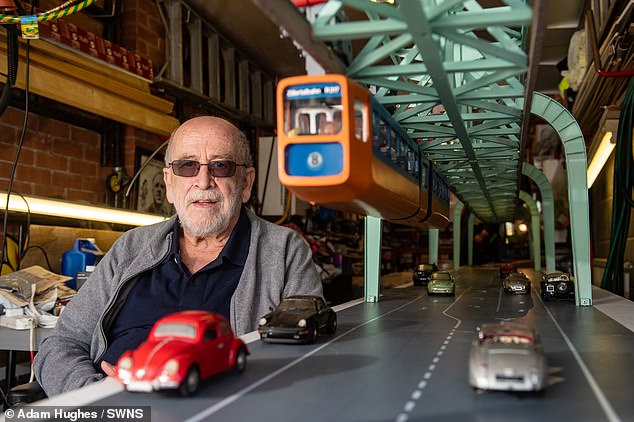 He enlisted the help of friends and has managed to finish a 16ft model of Germany’s Wuppertal Suspension Railway, the world’s oldest electric suspension train

With the help of kind-hearted pals from his model railway club, he has managed to see his 16ft model of Germany’s Wuppertal Suspension Railway finished.

John and his friends have spent over 200 hours painstakingly working on the project to ensure the former Jaguar Land Rover engineer was able to see it in time.

The stunning model has been built and painted entirely from scratch using hundreds of pieces of wood and is an exact replica of the 120-year-old railway.

John, from Coventry, said: ‘I’ve always wanted to make models and I wanted to see this one finished.

‘It’s just frustrating that I can’t do it no more and I needed a bit of a helping hand. Everyone in the model group is being very kind and supportive.’ 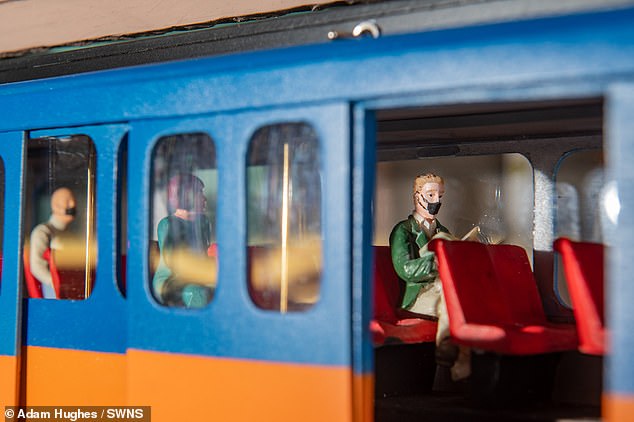 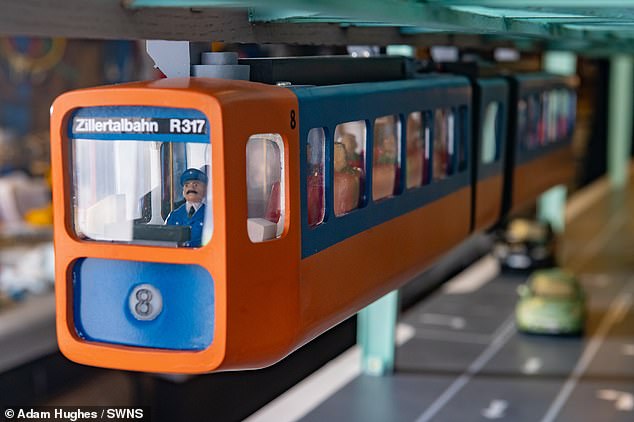 His wife Eunice, 84, a retired primary school teacher, added: ‘He’s always been a Mr Fix-it for everything so it is frustrating for him.

‘He is a good craftsman so I think he is popular within the group.

‘He’s always wanted to build things and he’s always making things. This was a challenge he set himself last year and he is so grateful to the help he’s had.

‘He had been doing his model making from a distance but it got to the point where he couldn’t do it anymore so his pals have helped put the finishing touches on it.

‘His recovery from the stroke has been very good but his left side is affected so he can’t do the things that he used to do.

‘He feels all right in himself, but he is just frustrated. At the moment he is keeping quite well, his speech isn’t very good but we are grateful for the time we’ve got really.’

His friend Dave Tilling, 70, a fellow member of the G Scale Society, said he was ‘honoured’ to be asked by his long time friend to finish the project.

The grandad-of-three, and retired maintenance engineer for the NHS, of Yardley, Birmingham, said: ‘This is a one-of-a-kind model as far as we know.

‘It has been built entirely from scratch, its costs a few hundred quid it parts but might be worth thousands now.

‘John spotted the challenge in one of our journals last winter, which get published four times a year. 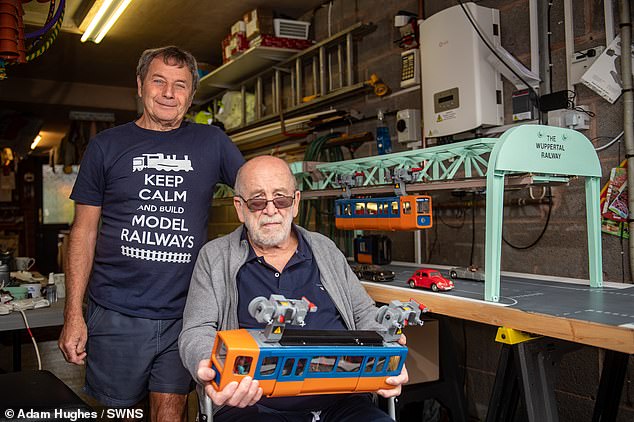 John asked his friend Dave Tilling, 70, a fellow member of the model railway club, who said he was ‘honoured’ to be asked to help

‘He has visited the Wuppertal Railway and wanted to give it a go. It was a real challenge to build it.

‘John as a model maker is not just good, he is fantastic. He makes everything from scratch. He makes his own moulds. The quality is just second to none

‘But unfortunately he became ill and asked me if I could help take over the project.

‘He said, ‘you’re the only one in the group I know that could do this’ – I said it would be an honour.

‘He was able to help with the painting for a while but it got to the point where he couldn’t do it anymore so I’ve been working on completing it for the last six weeks.

‘I’ve been working seven hour days as I wanted to him to see the finished version. Its pretty much there now, we just need to add the a back scene of shops and people.

‘A model railway is never finished because you can always add things onto it as you go along but John came to see it other day and he was more than pleased.

‘I don’t think he realised he was ever going to see in this condition so I’m delighted we were able to give him that.

‘He has been such an active member of our group for many years, he deserves to see this final project completed.’ 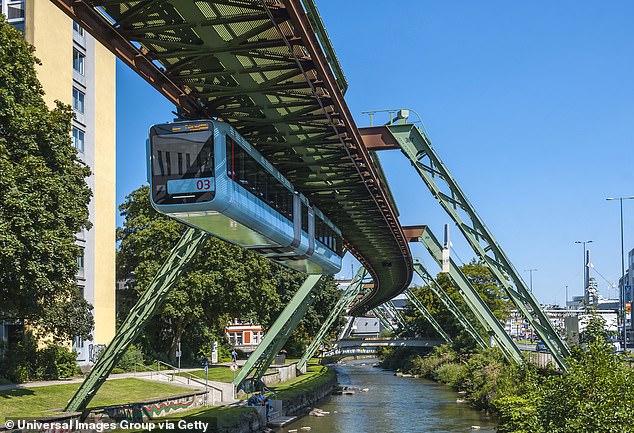 John has visited the Wuppertal Railway in Germany, pictured, and wanted to try to take on the ‘challenge’ of building it