Mother-of-two, 32, is demanding compensation after being forced to live with her children in council house with ‘bricks falling from ceiling’

A mother-of-two is demanding compensation after being forced to live in a council house with ‘bricks falling from the ceiling’ and a catalogue of health damaging problems.

Debbie Barker, 32, has lived in the three-bedroom property in Meir, Stoke-on-Trent, Staffordshire, for three years but claims the issues began in 2019.

After calling on Stoke-on-Trent City Council to fix the list of problems which include a hole in the living room window and a leak by the front door, Ms Barker has now bought in a lawyer and a surveyor to battle her case.

Ms Barker currently lives with her two children, her husband, and her father-in-law, several of whom have health problems such as asthma. 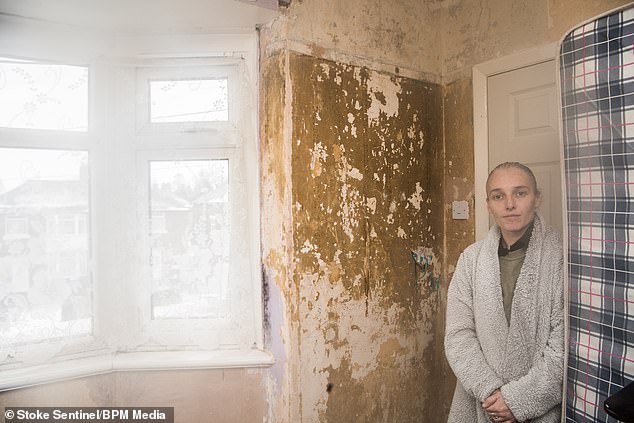 Debbie Barker, 32, (pictured in her home) has lived in the three-bedroom property in Meir, Stoke-on-Trent, Staffordshire, for three years but claims issues began as long ago as 2019

‘He is a severe asthmatic and keeps getting admitted to A&E for oxygen because his breathing is bad. It’s that bad, it’s unreal.

‘I’ve got to have a new front door fitted because the door hadn’t been fitted properly in the first place.

‘It was never filled or bonded, and the screws were not put in straight, so the door frame doesn’t actually fit the door where the hole is.

‘With the windows they have put a piece of plywood over that for the time being and a seal around that but it doesn’t stop the rain coming in through the render work causing it to rain in. 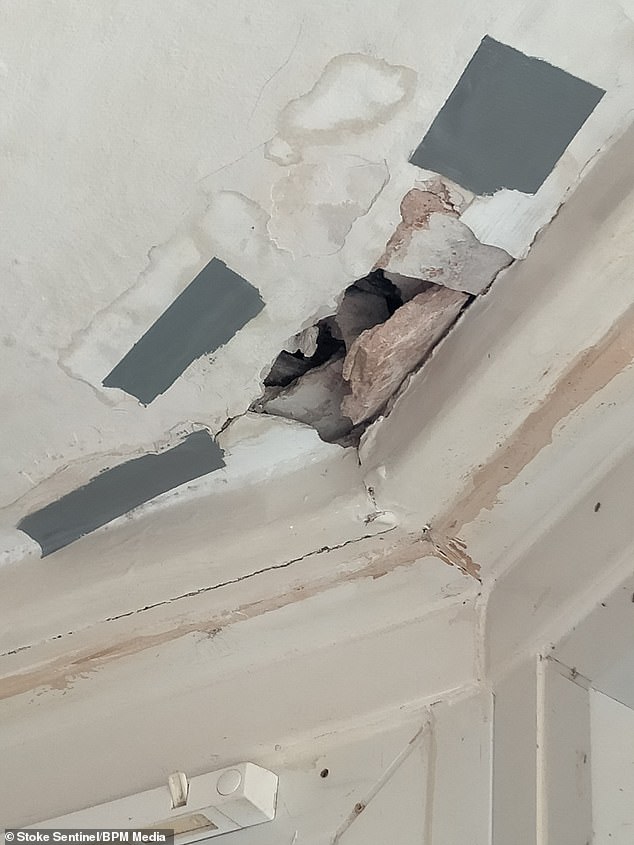 ‘The lintel above the bedroom window is cracked in places and the plaster is falling off the wall.

‘I had my family support worker here and while we were sitting here bricks were falling through the hole in the window.

‘The living room window is where myself and my husband currently sleep. We’ve got to the point where we have had enough and it’s causing arguments.

‘It’s costing us just over £200 a month in gas and electric. I can’t afford it because my husband was made redundant last year.’

Ms Barker added: ‘They rang me on January 22 to arrange to come out to do the work but because I have got the solicitor involved they have to deal with my solicitor due to my surveyor assessing the property. 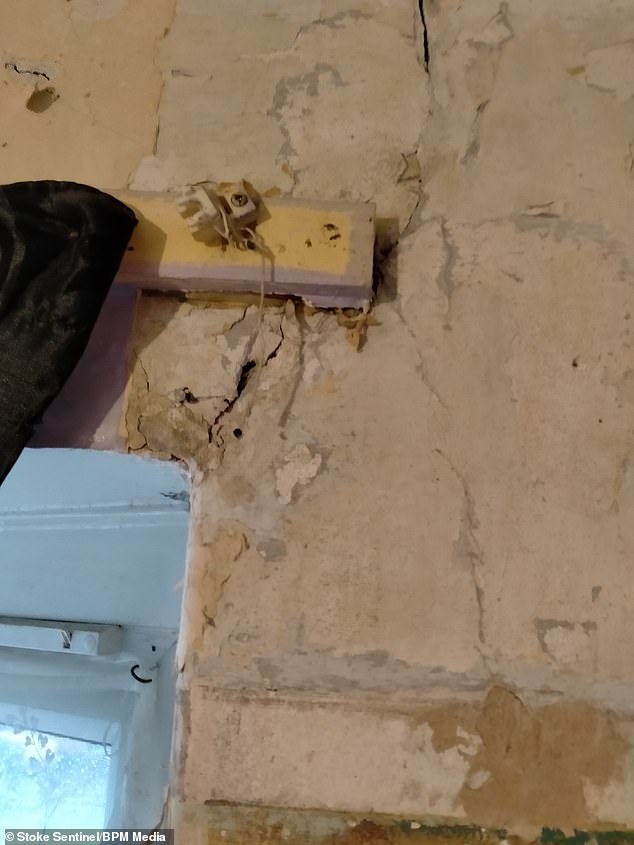 A cracked piece of plaster under a curtain rail in Ms Barker’s home which she shares with two children, her husband, and her father-in-law

‘It’s getting unlivable and we want the jobs done properly and not just patched up. I’m disgusted with the service.

‘It’s so cold all the time and it’s affecting us all. We need to move to a bigger house because we are overcrowded here.

‘They could have done the jobs originally when they came out and solved the problem and now we are two years down the line.

‘The water ingress from the front door has damaged all the wood panels which have got to be replaced, it’s a big job. 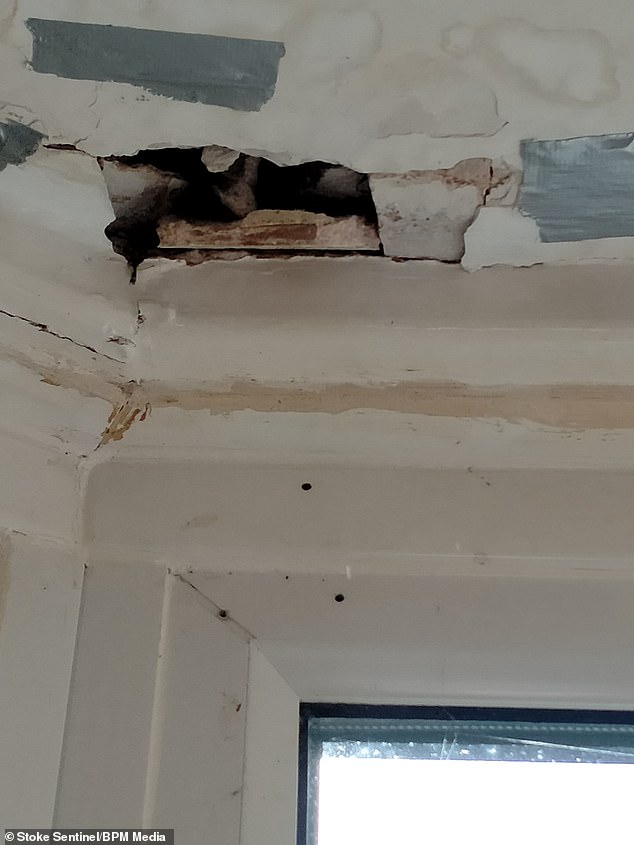 ‘All I know now is that the solicitor is going for compensation for how long we have been waiting and they have got to get the work done.’

Stoke-on-Trent City Council said repair workers were refused access to the home last month after Ms Barker told the authority that they must go through her solicitor.

Councillor Carl Edwards, cabinet member for housing, said: ‘The resident rang the council to tell us about a problem with the rendered area on the front of the property, where rainwater was coming in.

‘We attended the house to repair the render and upgrade the insulation behind it, which would have fixed the problem and also made the property warmer, but we were refused access by the tenant.

‘We installed a brand new roof on the house in August 2019 and we are more than happy to carry out these latest repairs but we need to be allowed access to the property to undertake the work.’