Natalie Nairn, 30, was outside enjoying a barbecue with her family in her garden in Haywood Village, Weston-super-Mare, at the time of the explosion.

She was just yards away in the paddling pool with her two children aged four and eight when shards of glass were sent across the garden. 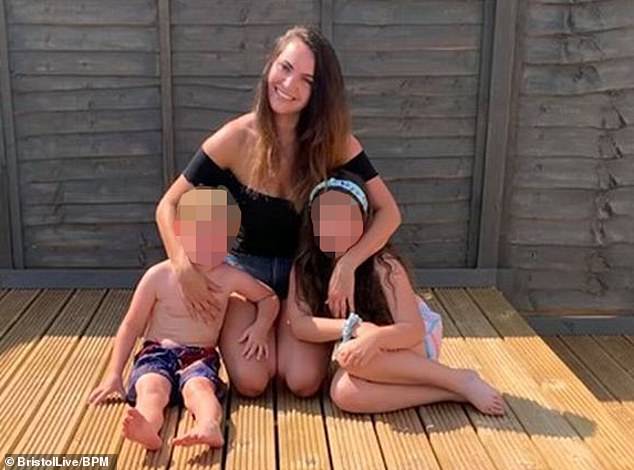 Natalie Nairn, 30, was outside enjoying a barbecue with her family in her garden in Haywood Village, Weston-super-Mare, when they heard the explosion

Ms Nairn, a bank worker, said: ‘Luckily no one was sitting around the table as if they were they could have been very seriously injured’.

‘It fills me with horror to think that one of us could have been so easily blinded or badly injured by flying shards of glass.’

She said: ‘There was shattered glass everywhere’. ‘My partner was upstairs in the house at the time and heard the large bang and looked out to see what had happened.

‘It’s just frightening. It’s not the sort of thing you expect to happen when you are sat out in the garden’. 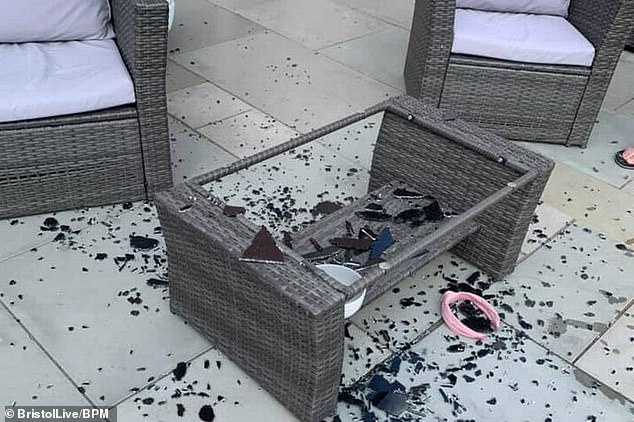 Natalie purchased the rattan set of two chairs, a two seater and the table last year from Amazon from a company called APR at a cost of £270.

‘It was about 25 degrees out in the garden when it happened,’ she said. ‘We do have a south facing garden and it does get quite warm.

‘I checked on the details and nowhere does it say not to leave it out in the heat.

‘I mean, it’s supposed to be garden furniture so why would it carry that warning?’

In the sales information for the furniture is described as ‘perfect for a sunny garden.’

Natalie has since shared pictures of her exploding table on social media as a warning to others.

Natalie said: ‘They said they had not heard of any other cases of this happening. 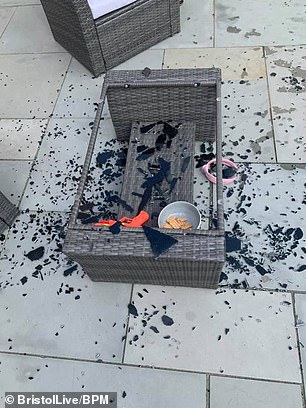 ‘But I took some pictures and put a post on social media as I wanted to warn people this had happened.

‘Someone else may not be so lucky.

‘Normally my partner and I sit around the table.

‘It was only because I was in the pool with my children and the others were on the decking at the end of the garden in the shade that we weren’t all closer to it.

‘It still gives me shivers thinking about what could have happened.’

In the response to Natalie, Amazon apologised and said: ‘We have not had this reported before.

‘We apologise for any inconvenience caused.

‘The safety glass is designed to shatter instead of crack if damage is caused for safety reasons.’

Amazon has offered to send Natalie a replacement set.