A MUM who used her body as a shield to protect her daughter, 11, was stabbed to death by the jihadist knifeman in an attack in Germany.

Christaine H. leapt to the defence of her child as Abdirahman J., 24, tore through a Woolworth department store in Wurzberg. 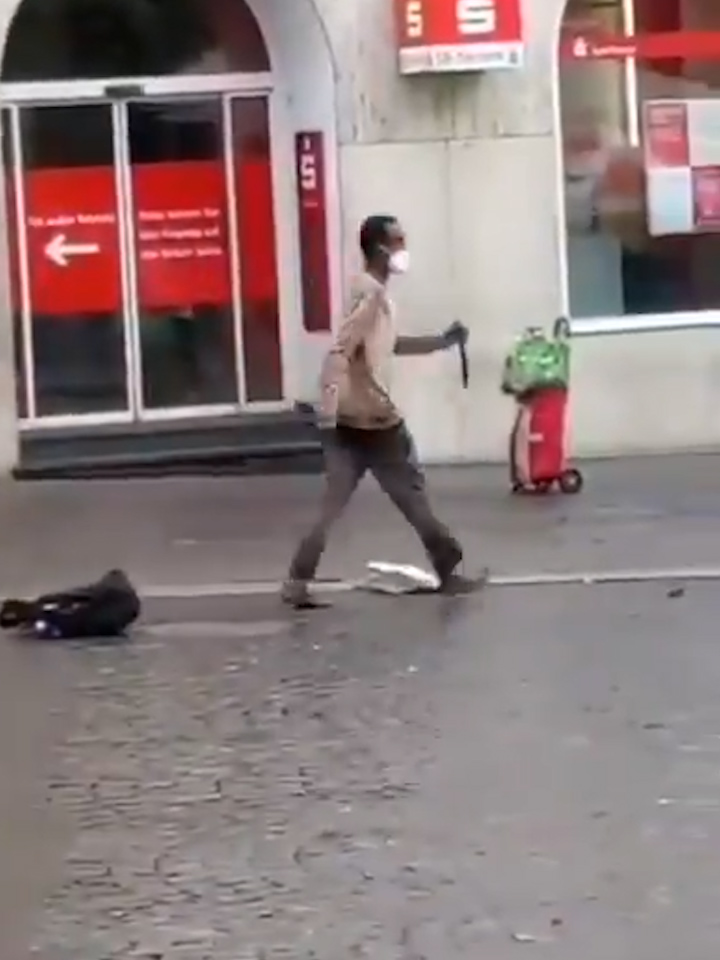 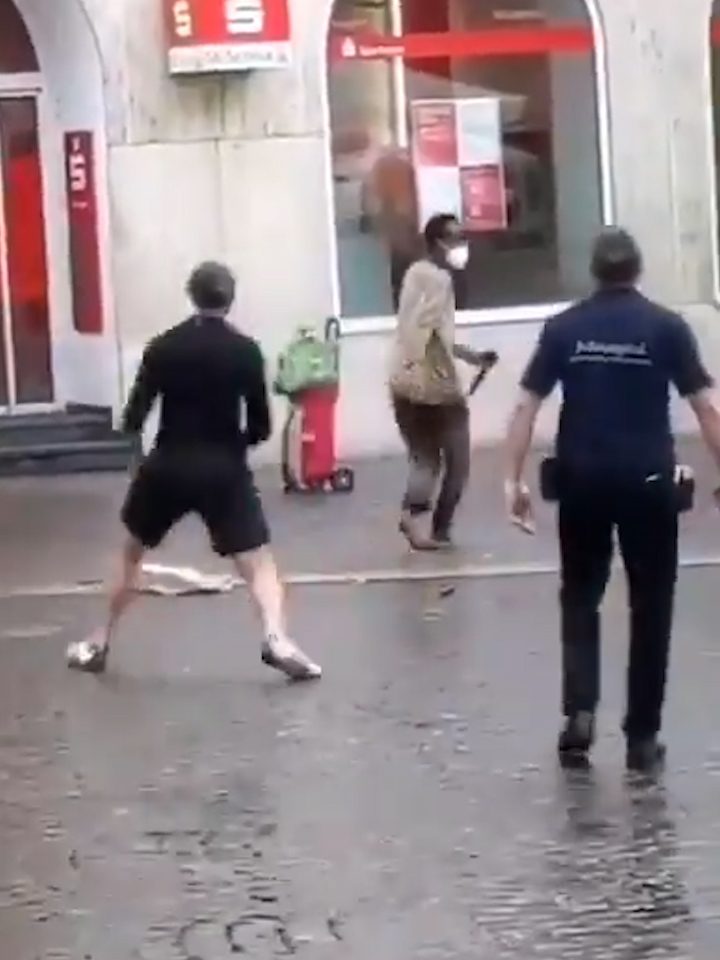 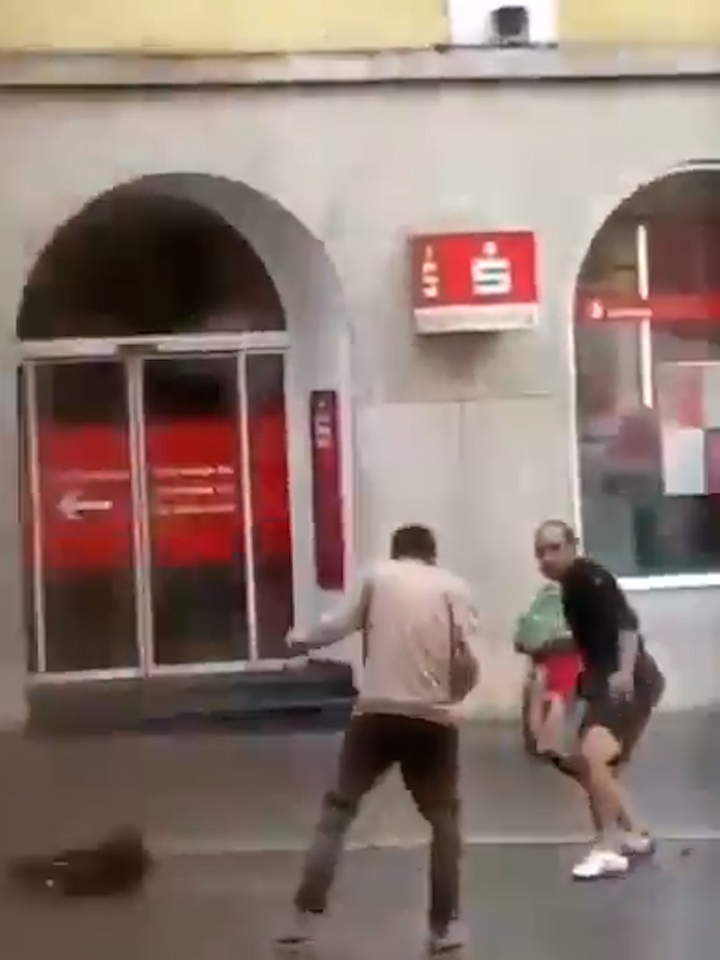 The killer is now in a psychiatric unit after slaughtering three women while shouting "Allahu Akbar" during the daylight rampage on Friday.

Brazillian national Christaine, who worked as a teacher, desperately tried to protect her daughter as Abdirahman J. stabbed both of them.

Her killer had entered the shop and asked staff where the knifes were kept, before grabbing one.

Tragically Christaine died and her daughter Akines was seriously injured.

11-year-old Akines only came to Germany at the start of the year after her mum was offered a job at a Wurzburg school.

A friend told Bild: "The little one knows that her mother is dead. Her father is still at home. Akines just wants her dad to come here."

I don't want to die yet!

Steffi W. from the town of Spessart who had travelled to the city to buy a bridesmaid dress for her best friend's wedding was also killed in the attack.

The wedding, which was set to take place yesterday, has been postponed out of respect to Steffi and to allow her funeral to take place.

An 82-year-old pensioner, Johanna H, 82 was killed as she tried to save Akines – who was heard screaming "I don't want to die yet".

In chilling footage of the horrific attack, Abdirahman J. was seen barefoot and brandishing a knife in the town square.

Six others were wounded including a 15-year-old girl and a 73-year-old woman, Ingrid L, who was stabbed 13 times.

Her son, Thomas W, told Bild am Sontag: "My mother was about to go to the tram stop when she felt stabs in her back and neck.

"The perpetrator missed her main artery by two millimetres. Otherwise, my mother would be dead."

Cops detained him after shooting him in the leg.

Abdirahman J., who has a history of mental health issues, told police he was carrying out a "personal jihad".

Investigators have since discovered Islamist literature in his bedroom and anti-terrorist authorities are probing his links with extremist groups.

The attacker was cornered by people in the street, with passersby grabbing chairs outside a restaurant before hurling them at him to stop the rampage.

A man hit him with a long stick before a mob of 20 chased him down a side streeet.

Police said they launched a "major operation" and urged people to stay away from the town centre.

"Operation in Würzburg. Parts around Barbarossaplatz are closed. Please avoid this area," German law enforcement wrote in a tweet shortly after the stabbings began.

Bavaria’s Interior Minister Joachim Herrmann said that the attacker was a Somali national who has lived in Wurzburg since 2015.

The 24-year-old was known to the police according to Herrmann: “He is known to police and was forcibly committed to psychiatric treatment.

“In the case of the seriously injured, it's not certain that they will all survive."

The minister also confirmed a little boy was among those injured.

Police are not looking for anyone else and say there is no longer a risk to the public.

It later emerged that he had been placed under compulsory psychiatric treatment just days before the attack.

People have been seen leaving bouquets of flowers at the scene on Saturday.

Markus Söder, the leader of the Bavarian government, called the incident "terrible and shocking".

"We mourn with the victims and their families. We fear and hope with the injured," he tweeted.

"It is terrible what happened there. Respect to everyone who has shown moral courage and to our great rescue workers, whom we can rely on in every situation," added another minister.

This comes as another knifeman slashed two strangers at a bus stop in Efurt, in the central German state of Thuringia on Monday morning in a separate attack.

According to reports from German news outlet MDR, police are on the hunt for the attacker, who injured a 45 and a 68-year-old victim.

The victims had allegedly been attacked with a knife, according to witnesses at the scene, and were rushed to hospital for treatment.

The attacker escaped undetected, with no trace left of him or the alleged murder weapon. 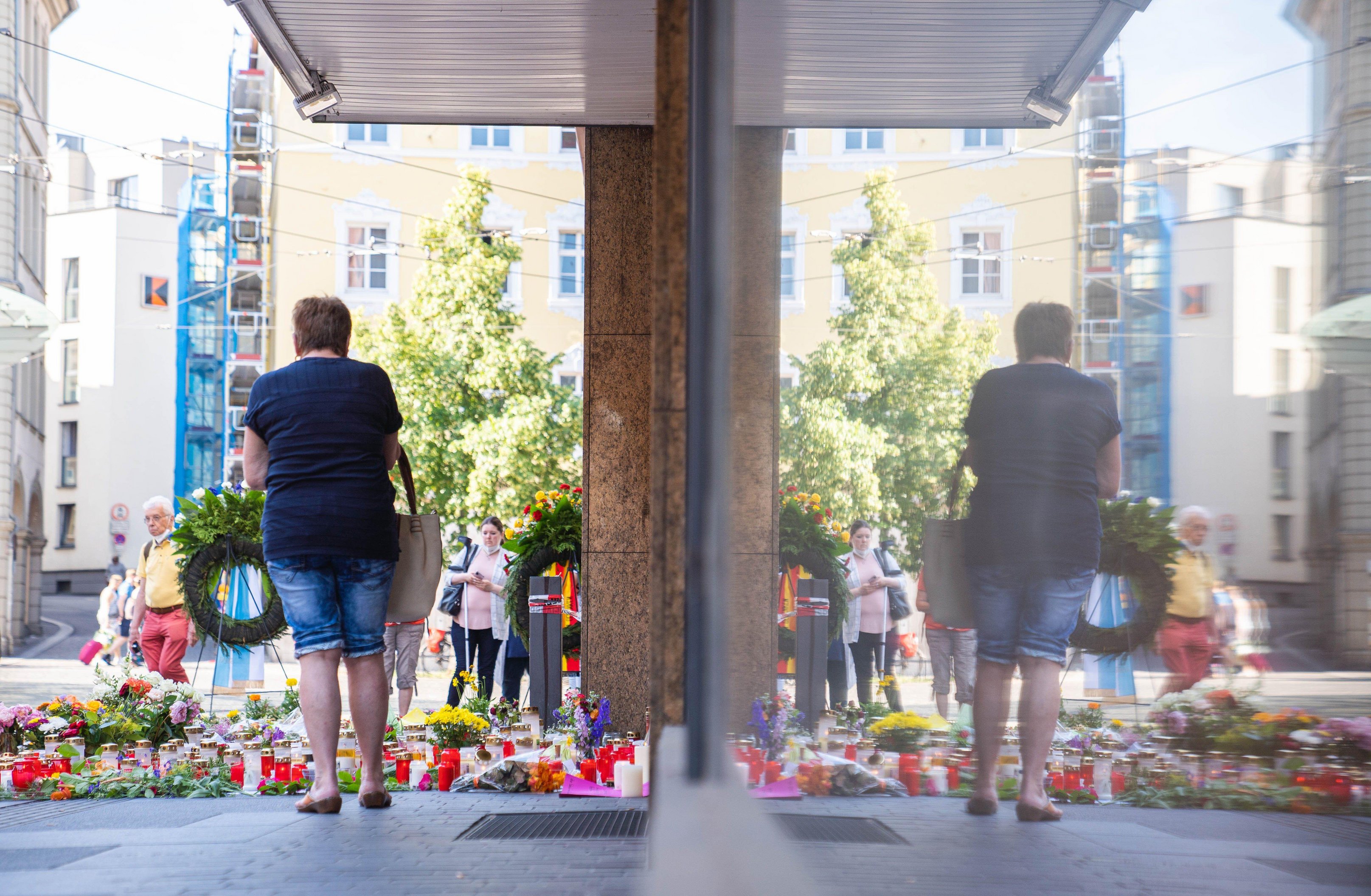 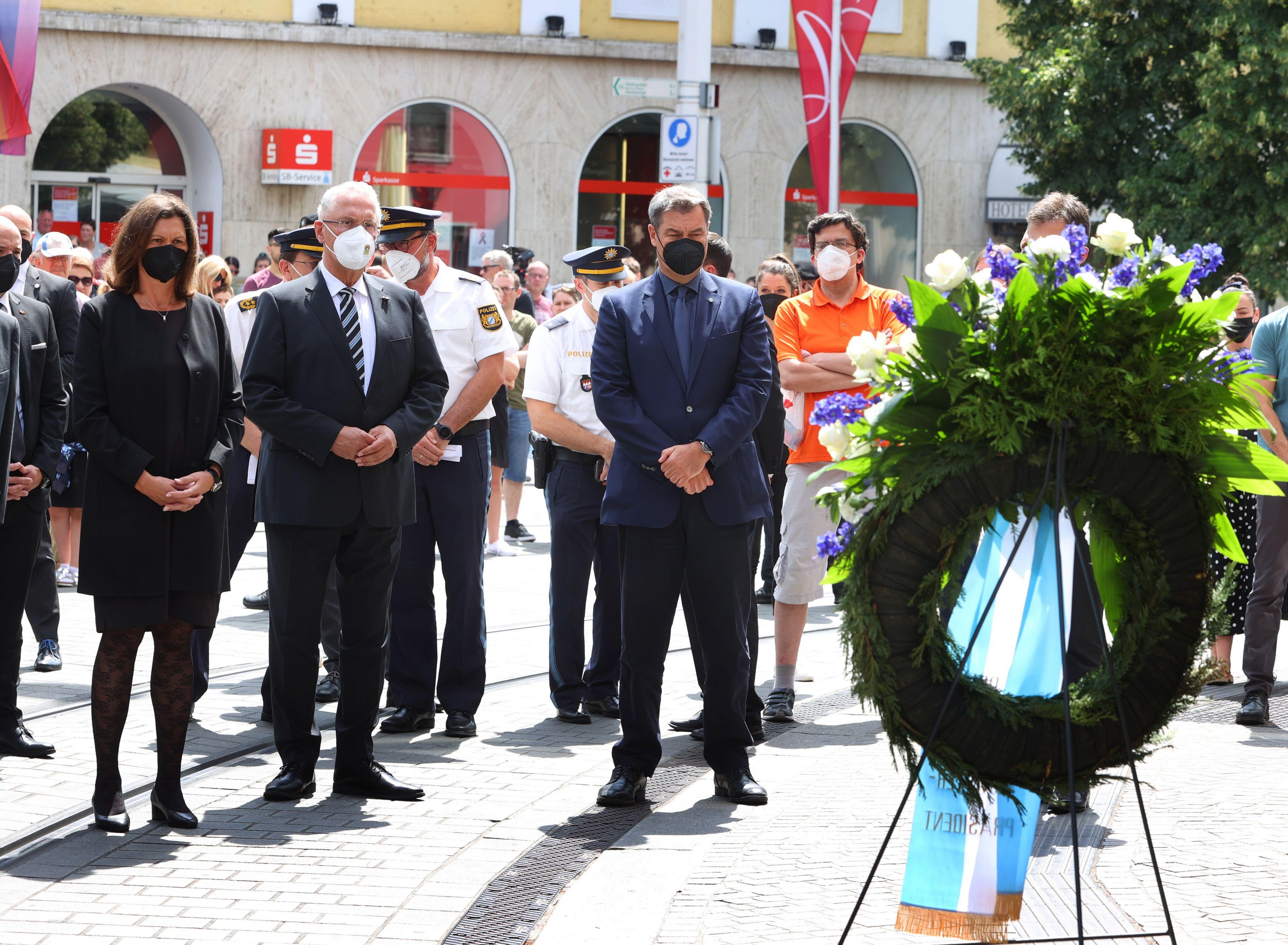 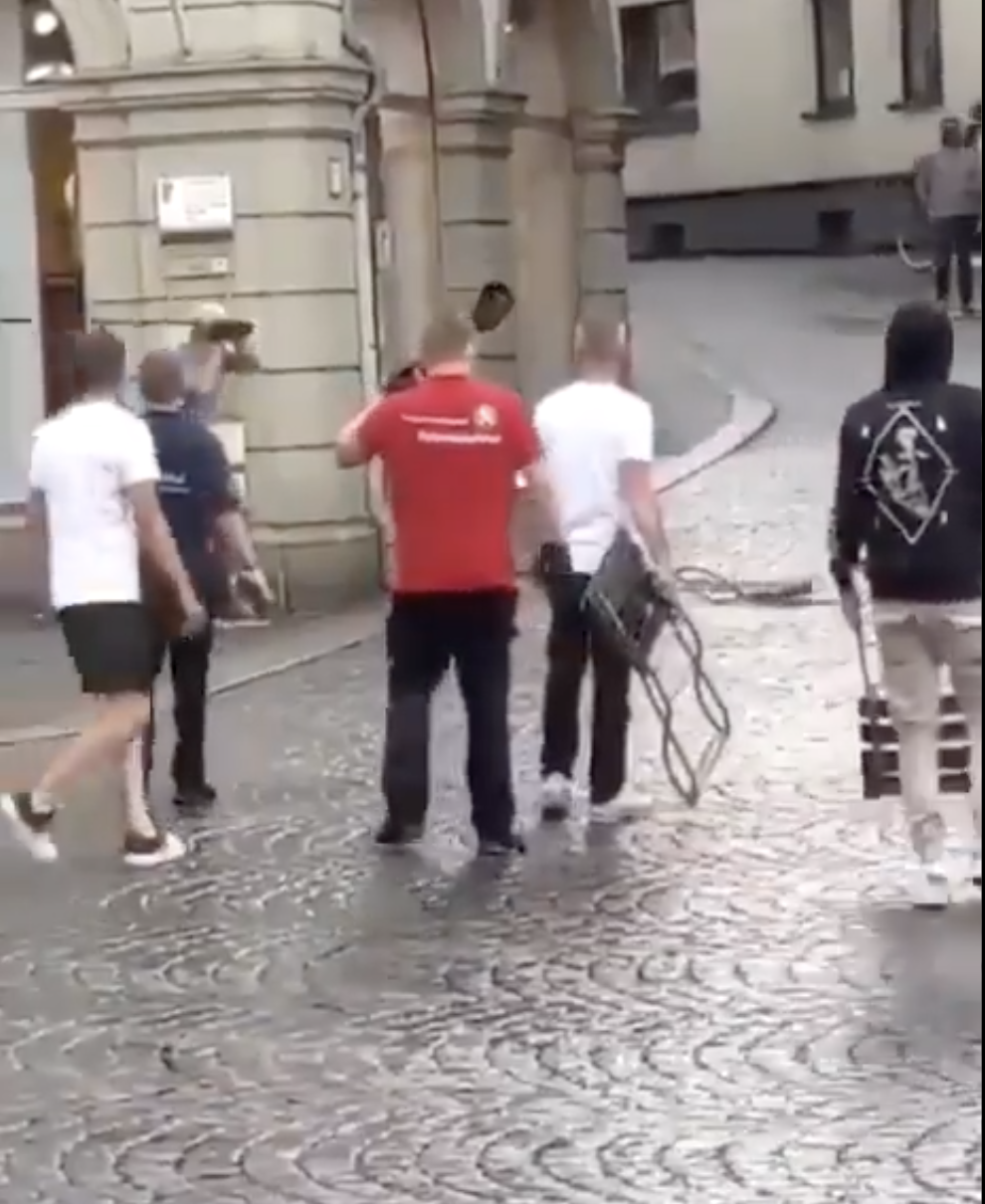 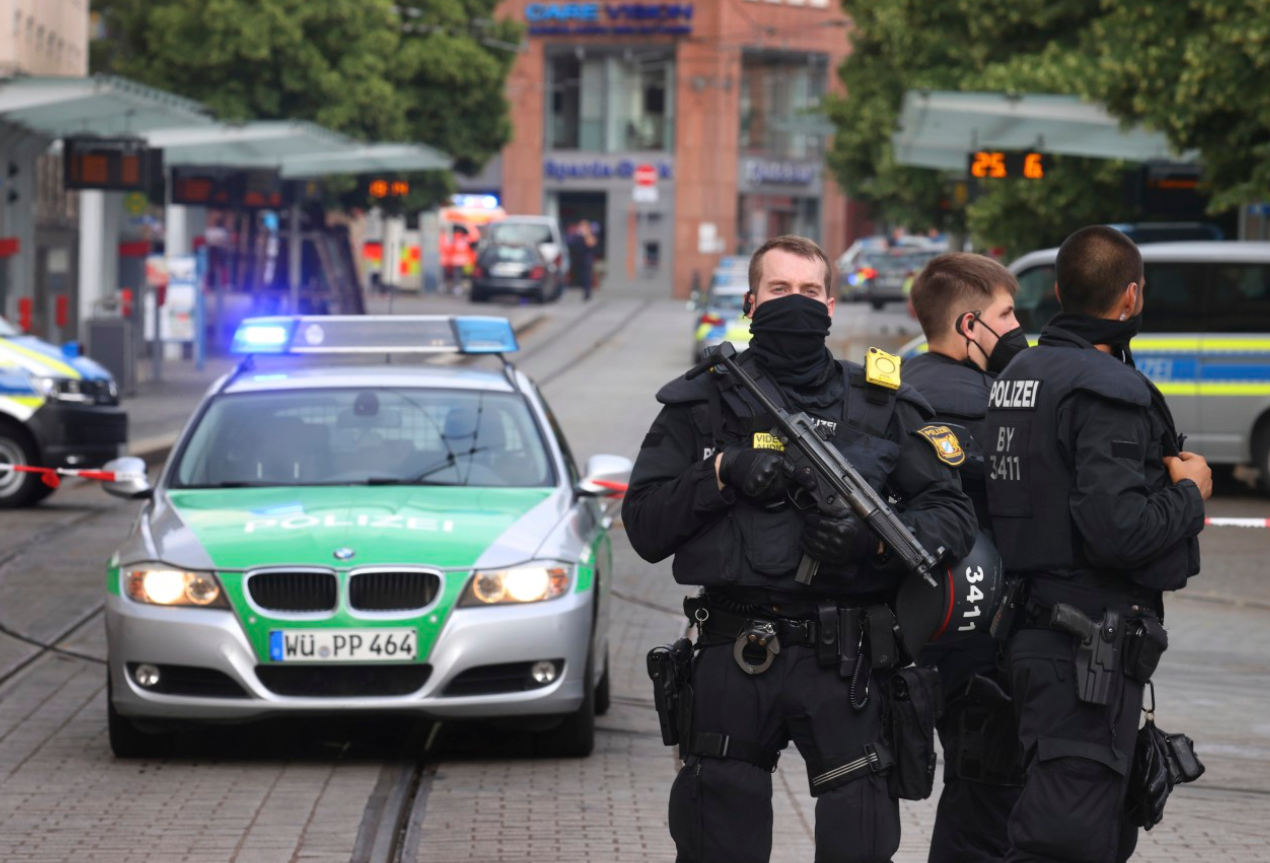 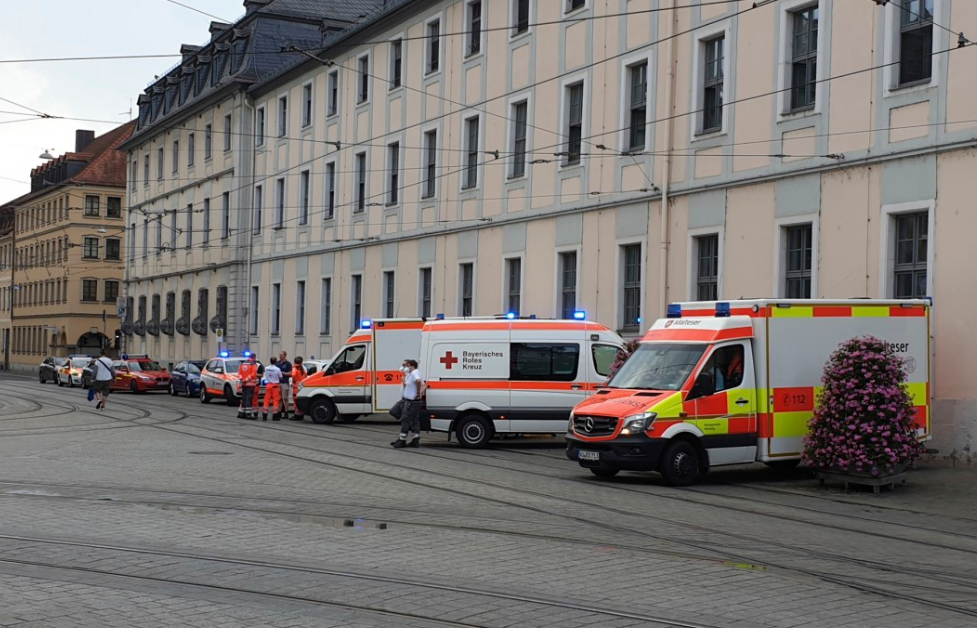