THE NEW Kent coronavirus variant has been found in Manchester – sparking a Covid doorstep testing blitz for another 10,000 Brits.

Thousands of extra tests will be rolled out in the region from Tuesday after two unconnected households were found to be infected with the E484K mutation, Manchester City Council said. 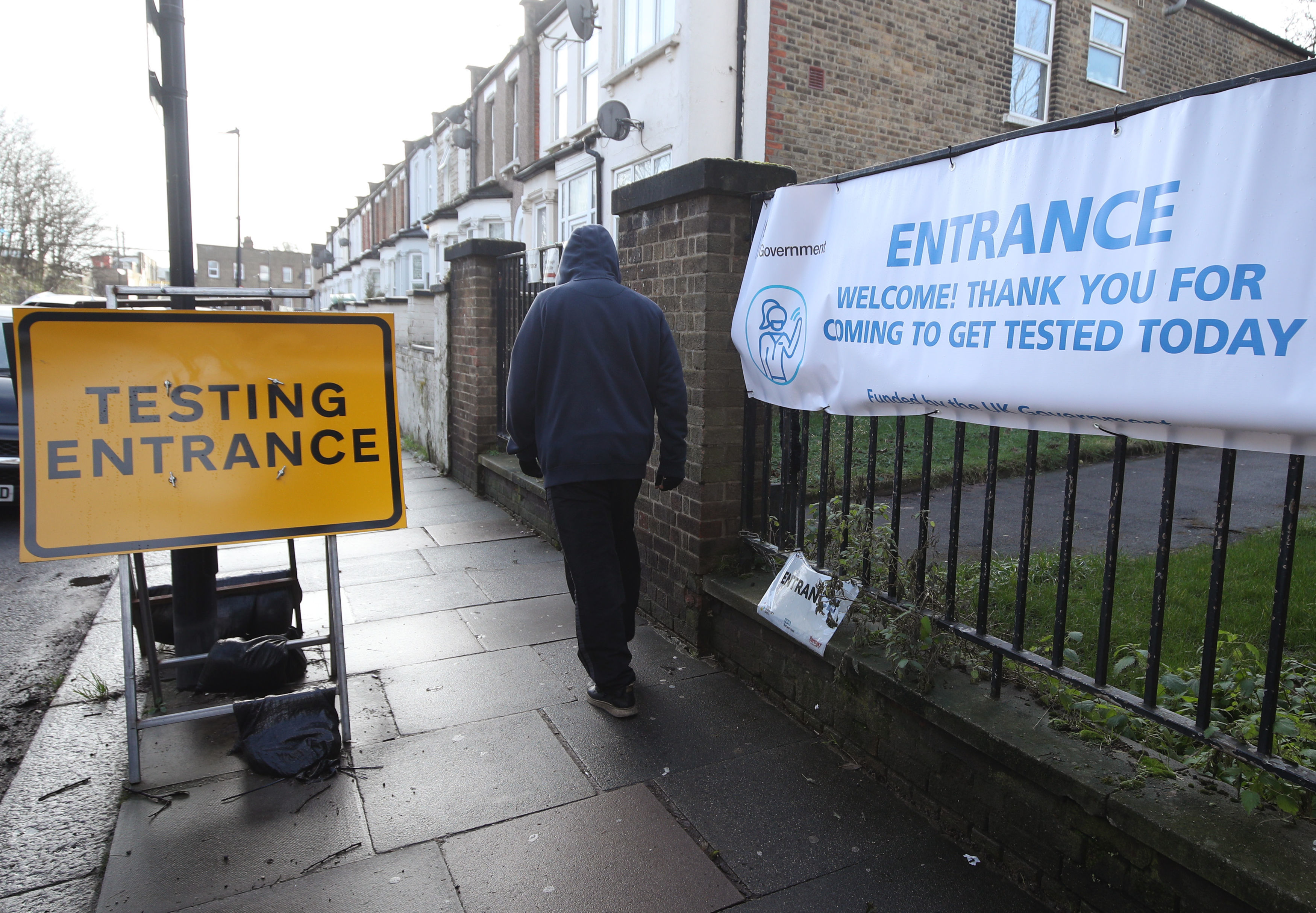 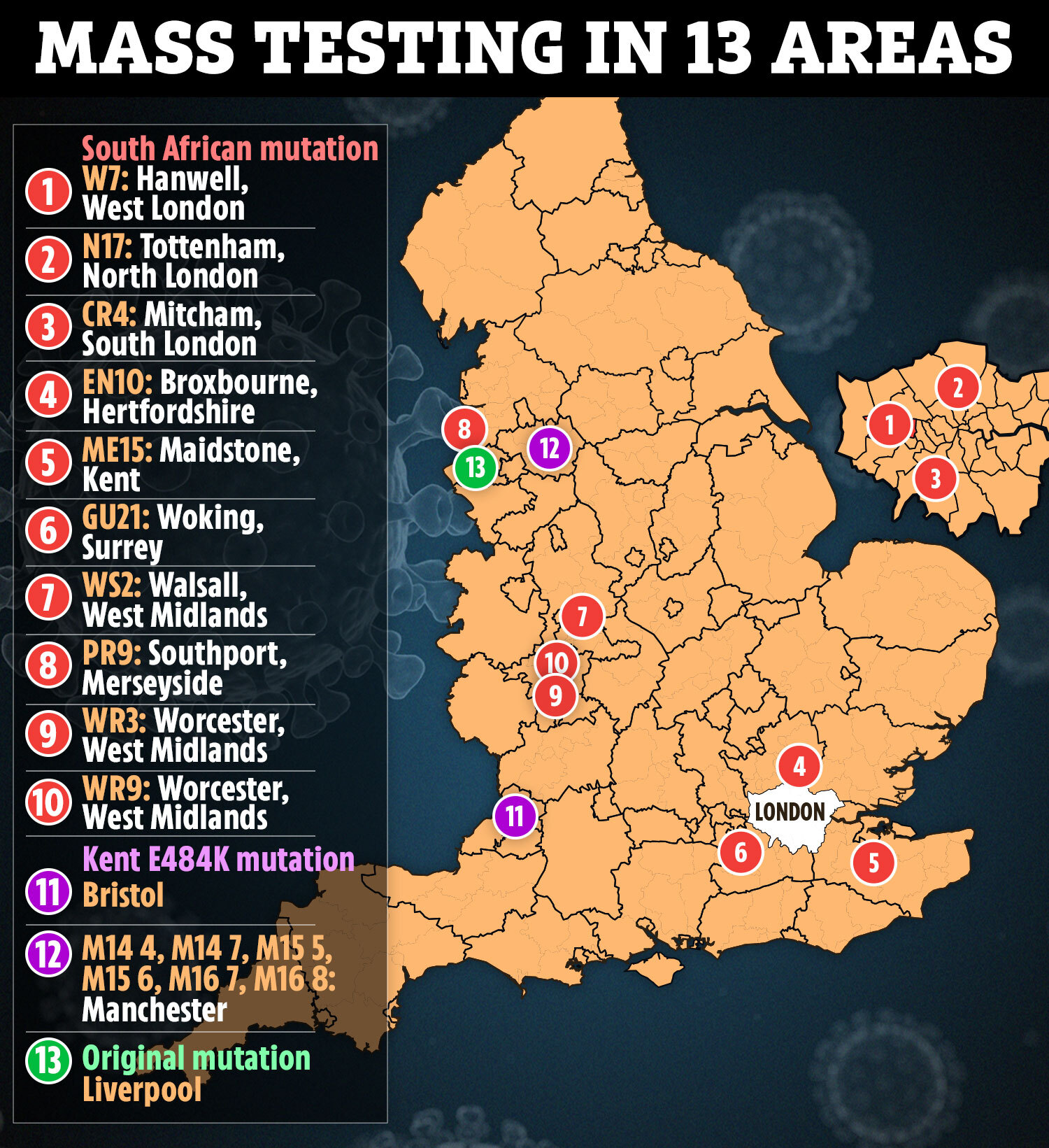 This follows similar surges in testing in Worcestershire, Sefton, Merseyside, and areas in Bristol and south Gloucestershire, after variants were found.

Extra testing sites will be set up to enable anyone aged over 16 who lives, works or studies in the affected areas – which includes postcodes in Hulme, Moss Side, Whalley Range and Fallowfield.

In the next few days, volunteers will start knocking on people's doors to offer tests for anyone who cannot get to a site,

The testing blitz will also be available for people who work in the area but do not live there.

Those who have been vaccinated should also take a test, the council has said.

The rollout will use PCR swabs, which take a few days to return results, and anyone who tests positive will be asked to self-isolate and pass on details of their contacts to NHS Test and Trace.

Manchester City Council said it is working with Public Health England and NHS Test and Trace to investigate the spread further and take action to limit the number of people exposed.

David Regan, public health director at Manchester City Council, said: "We all know that the virus will change over time and it's important that we investigate new strains to understand how they might spread.

"This is exactly what we're doing with the intensive testing in parts of Manchester, with local testing units and people going door-to-door to offer people tests." 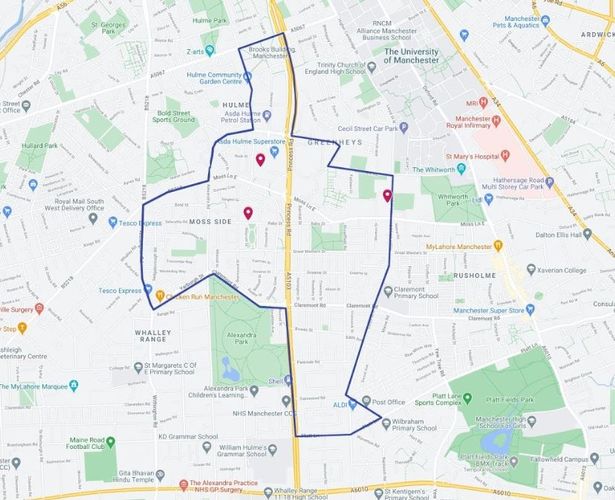 From Tuesday, Manchester council will be inviting all over-16s living, working or studying within these areas to get Covid tests.

Dr Will Welfare, Deputy Director for Health Protection at PHE North West, said: “As part of our testing work, Public Health England (PHE) has identified in the Moss Side area of Manchester a small number of COVID-19 cases of the variant first identified in Bristol and South Gloucestershire.

“PHE is working closely with and supporting Manchester City Council, as we monitor the situation closely and ensure all necessary measures are being taken to reduce the spread of the virus.

“The most important thing is that people continue to follow the guidance that is in place – limit the number of people you come into contact with, wash your hands regularly and thoroughly, keep your distance and cover your face.

"If you test positive you must isolate to stop the spread of the virus.”

Last week, three new postcodes in the UK were given door-to-door "surge" Covid testing after the South Africa variant was found.

Brits living in areas of Sefton, Merseyside, and parts of Bristol and South Gloucestershire were able to get a test after cases of the variant with no links to international travel were identified.

Health officials are scrambling to prevent the surge of the South Africa strain, as it is feared that it could reduce the efficacy of vaccines.

The Department for Health and Social Care has said more areas will have additional testing made available to control the spread of Covid-19 variants.

It comes just days after it was revealed 11 rogue cases of the South African strain, with no links to foreign travel, were detected across eight postcodes in England.

A major door-to-door testing blitz on up to 350,000 people was launched earlier last week in a fightback against the new strains in hotspot areas.

Testing of around 10,000 people in Maidstone, Kent, was completed last Thursday night.

It comes after new mutant strains of Covid have been detected in the UK, sparking a race to develop booster jabs. 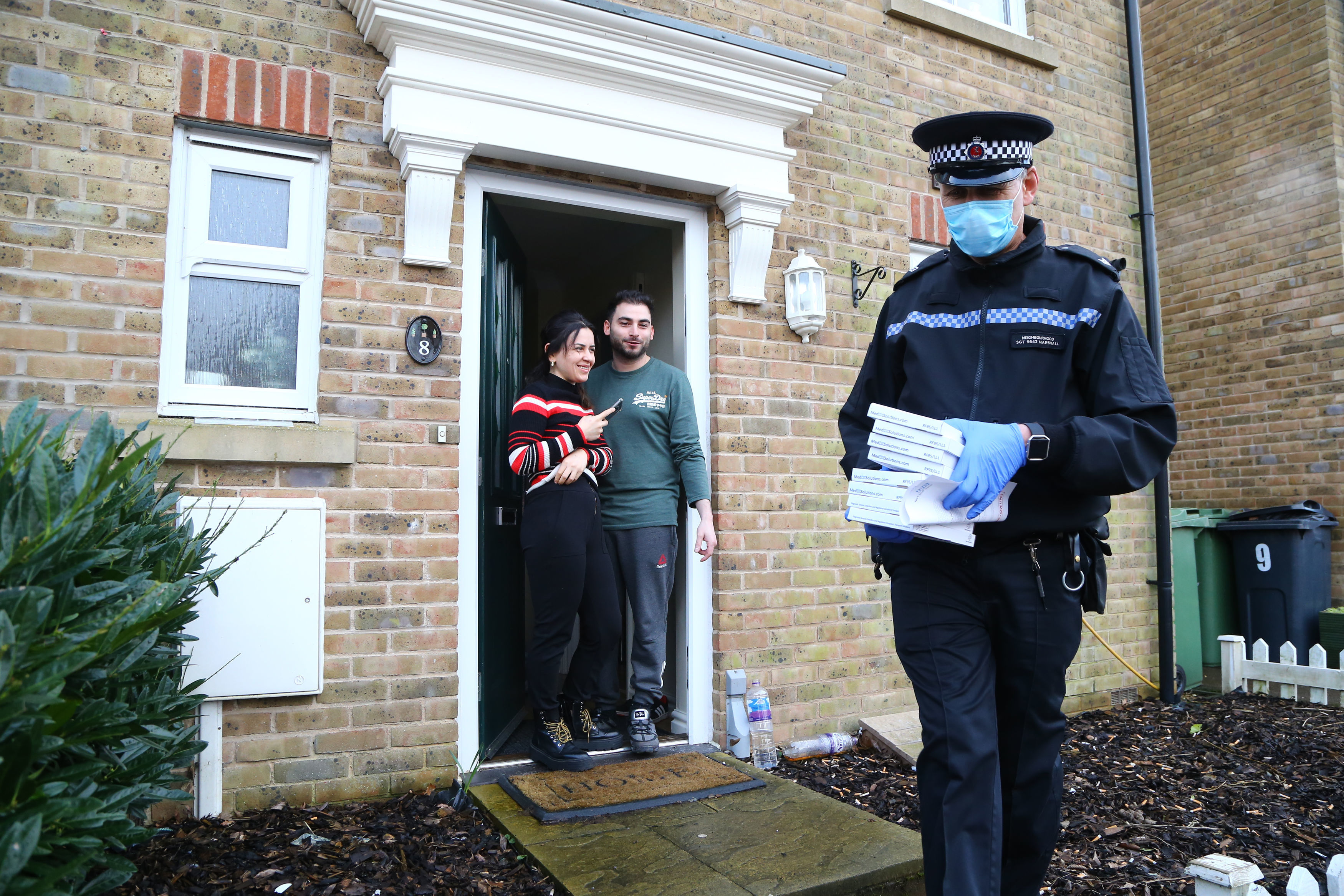