New York’s coronavirus apex is likely to hit in the next WEEK as 630 die in one day while Governor Cuomo reveals China facilitated donation of 1,000 ventilators and Long Island makes up almost quarter of state’s hospitalizations

The New York epicenter of the coronavirus pandemic will receive 1,000 donated ventilators from the Chinese billionaires who co-founded Alibaba, as the state approaches its apex and Long Island emerges as a worrying hotspot, Governor Andrew Cuomo has said.

Cuomo said that new cases are still rising at an alarming rate, with New York’s apex, or the peak in the number of new daily cases, likely about a week away.

‘By the numbers, we’re not yet at the apex. We’re getting closer depending whose model you’re looking at,’ said Cuomo. ‘We’re somewhere in the seven day range.’ 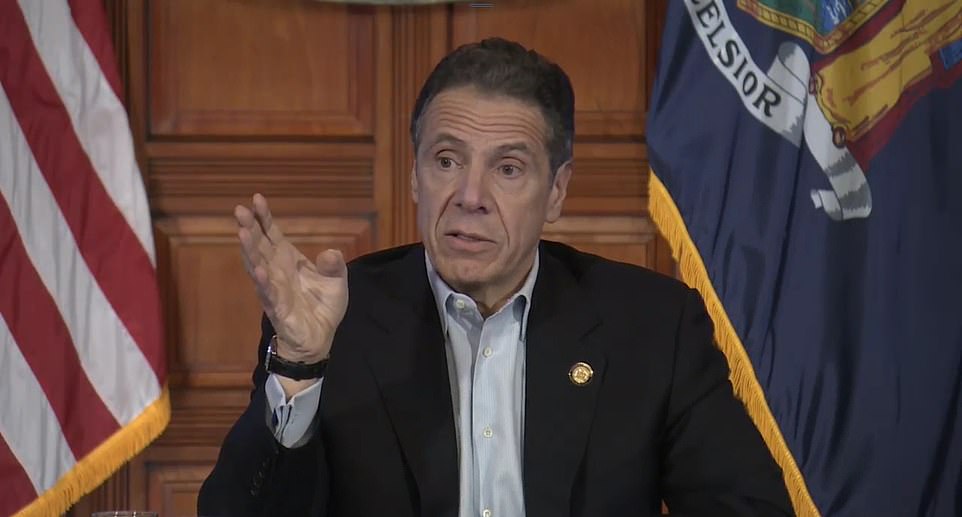 New York now has 113,704 confirmed cases of coronavirus and 3,565 deaths, an increase of 630 deaths from the day before, Cuomo said at a press conference on Saturday 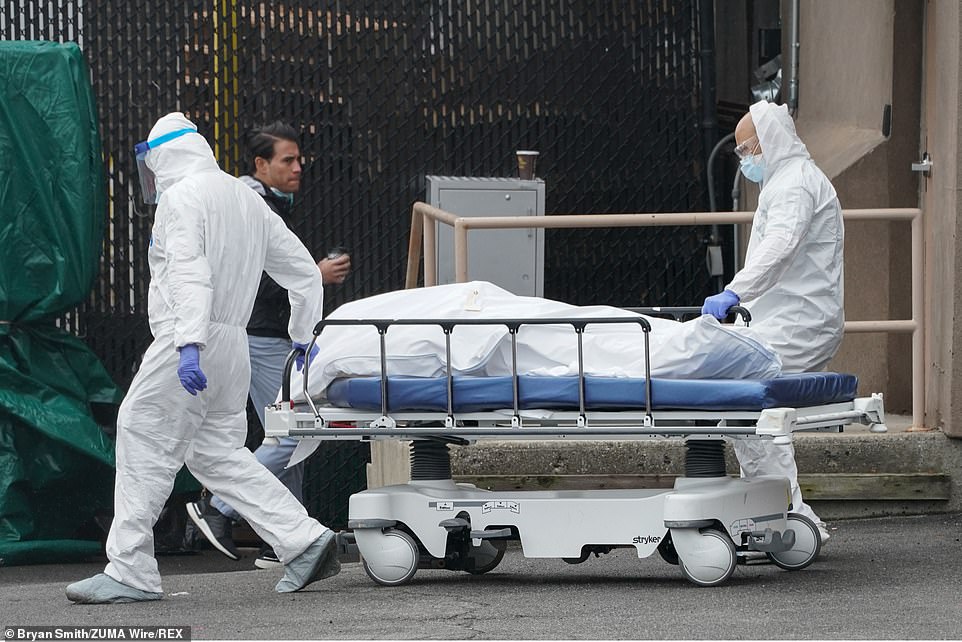 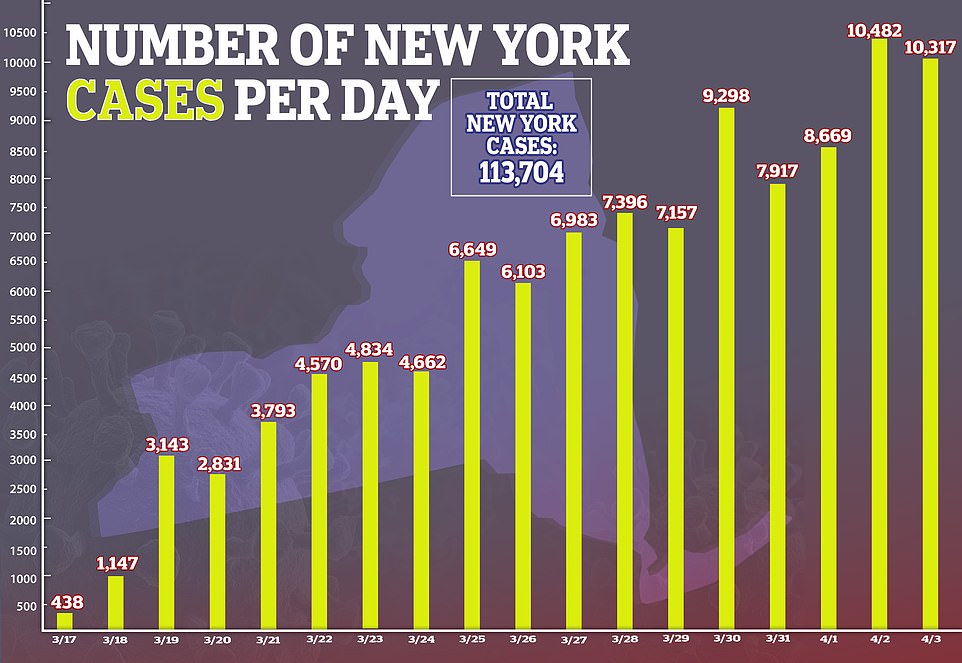 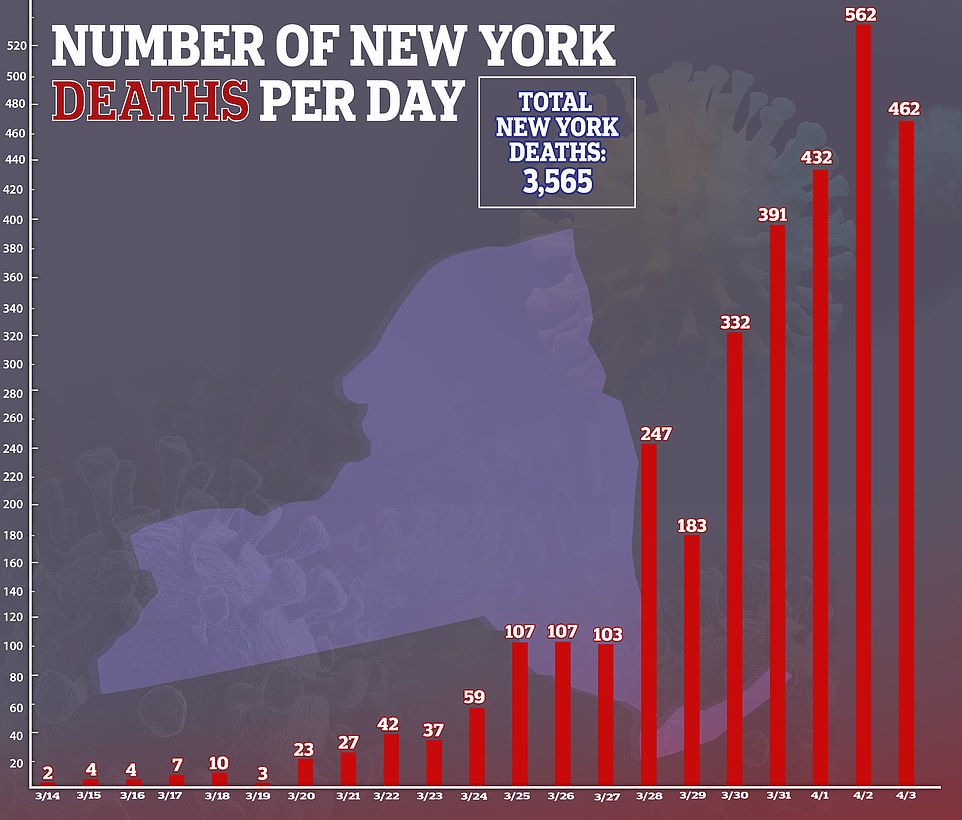 The donation was funded by Jack Ma and Joe Tsai, the Chinese billionaires who co-founded internet retail giant Alibaba.

‘This is a big deal and it’s going to make a significant difference for us,’ Cuomo said, adding that the state of Oregon is also sending 140 ventilators to New York.

Cuomo is also looking for ventilators closer to home, and has issued an order that forces even private hospitals in the state to redistribute ventilators to the hospitals most in need.

‘I want this all to be over,’ Cuomo said. ‘It’s only gone on for 30 days since our first case. It feels like an entire lifetime.’

The number of people infected in the U.S. has exceeded a quarter-million, with the death toll climbing past 7,000. More than half of the deaths are in New York state. 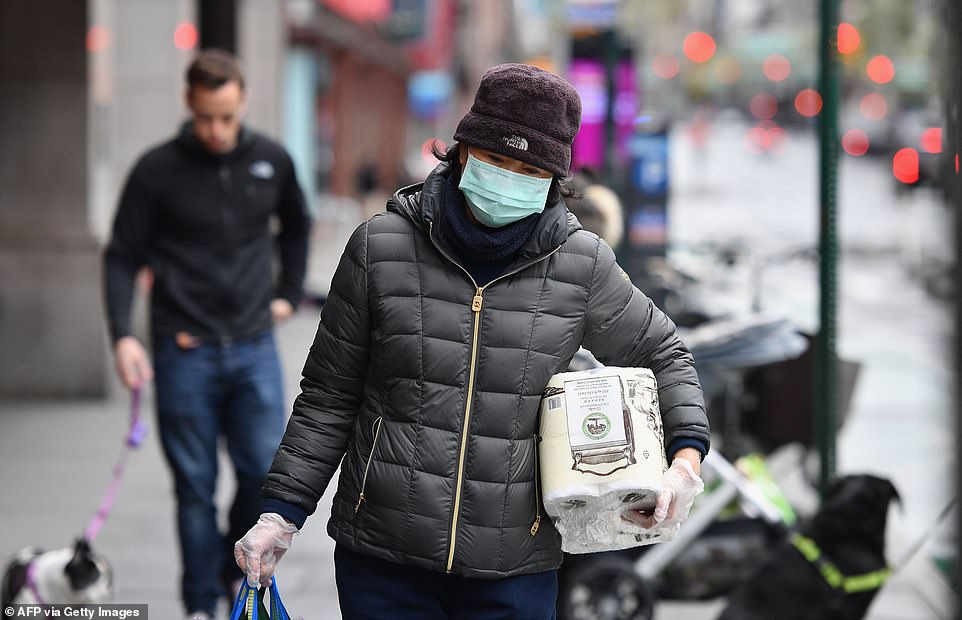 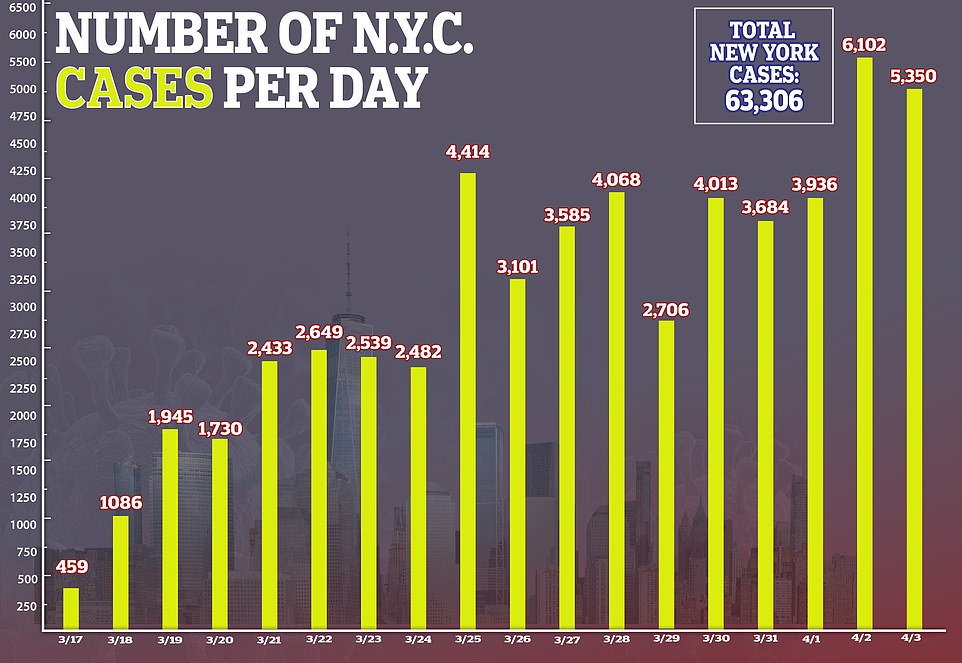 While New York City remain’s the state’s biggest hotspot, cases are growing at an alarming rate on Long Island, where many wealthy city dwellers have fled during the crisis.

Long Island’s share of the state’s total hospitalized cases had increased to 22 percent on Friday, up from just 17 percent on March 26.

‘Long island is the area that is growing,’ said Cuomo. ‘New York City is actually dropping…as a percentage of cases within the state.’

Cuomo also announced that he will sign an executive order to allow medical students who were slated to graduate this spring to begin practicing now. ‘These are extraordinary times and New York needs the help,’ he said.

As well, the governor praised the 85,000 medical workers who have volunteered their service to fight against the virus, with 22,000 traveling from out of state to work in the epicenter. ‘How amazing is that,’ Cuomo said. 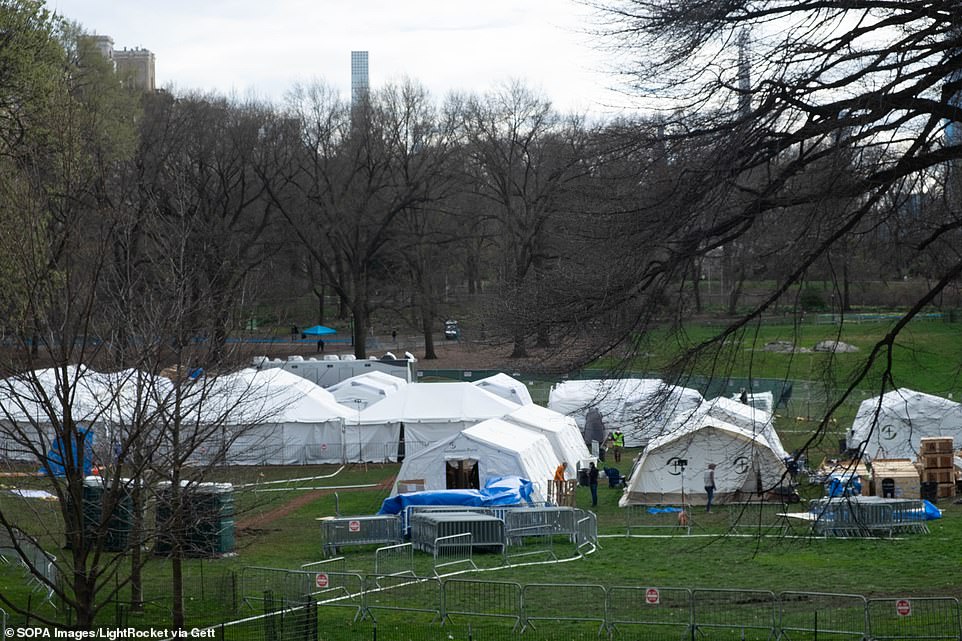 A temporary field hospital to treat covid-19 patients is seen in Central Park on Friday. Over 500 ambulances and paramedics teams have been brought in to NYC to help with the coronavirus outbreak 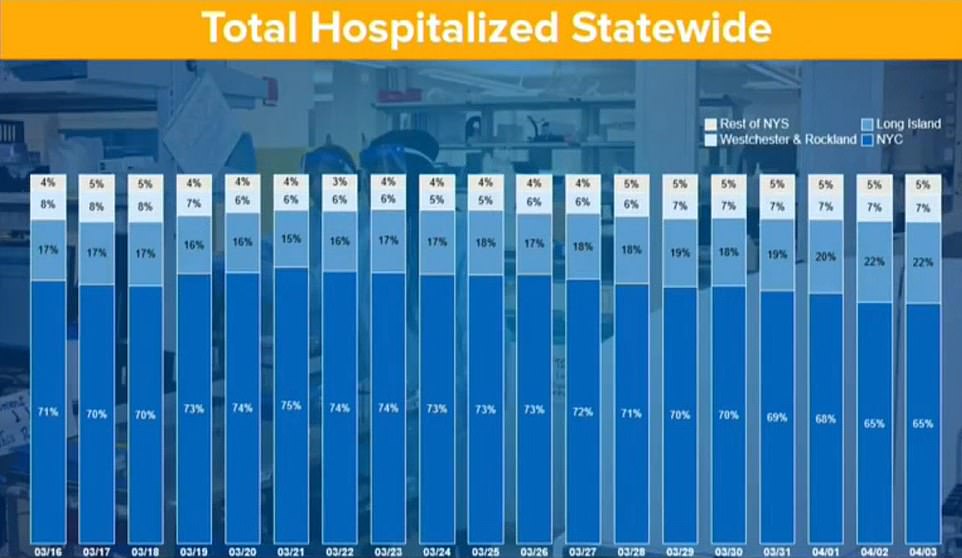 Long Island’s share of the state’s total hospitalized cases had increased to 22 percent on Friday, as seen in the chart above

A county breakdown shows the most affected areas of New York, with Long Island’s Nassau and Suffolk counties high on the list. Westchester and Rockland counties are immediately north of New York City and generally considered ‘downstate’

Praising Oregon for lending New York 140 ventilators, the crucial medical equipment needed to care for the most severe cases, Cuomo quoted former President Franklin Roosevelt’s remarks about the Lend Lease Act to help the U.K. in the darkest days of World War II.

‘Suppose my neighbor’s home catches fire & I have a length of garden hose. If he can take my garden hose, I may help him put out his fire. I don’t say to him ‘Neighbor, you have to pay me $15 for it.’ I don’t want $15. I want my garden hose back after the fire is over,’ Coumo said, quoting Roosevelt, and vowing to repay Oregon with double the number of ventilators when the crisis in New York subsides.

‘We’re all in the same battle here, and the battle is stopping the spread of the virus,’ said Cuomo.

Some interpreted the remark as a veiled jab at presidential advisor Jared Kushner, who described the federal stockpile of ventilators as ‘ours’ and not for the states at a press conference on Thursday. 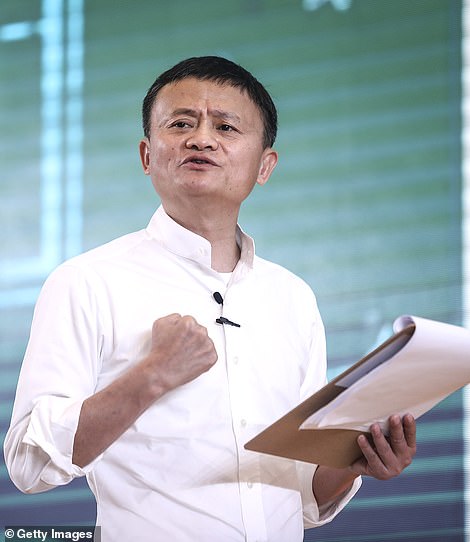 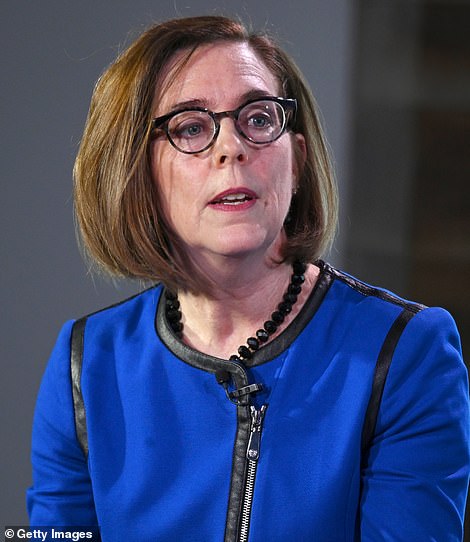 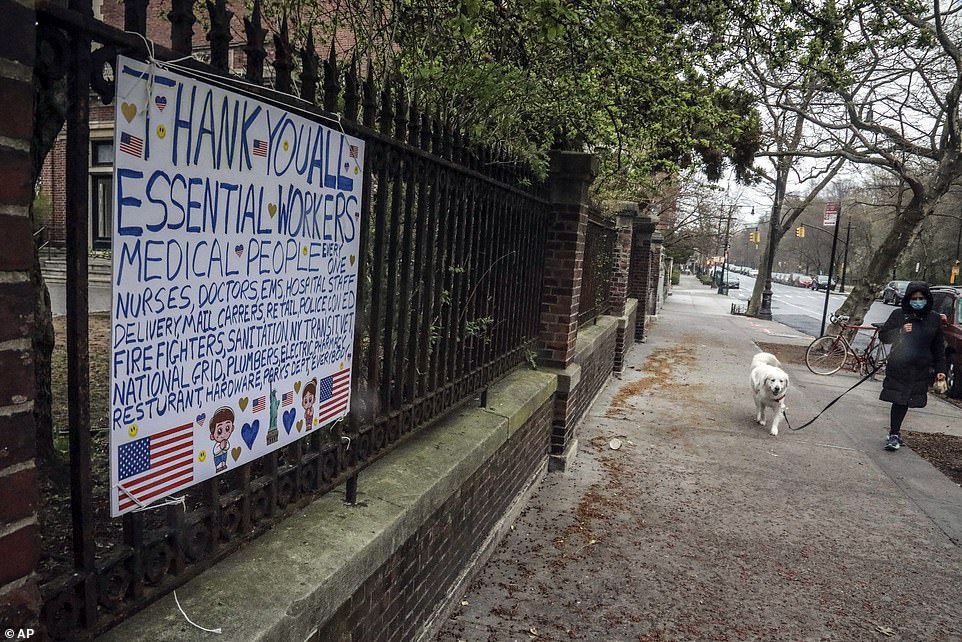 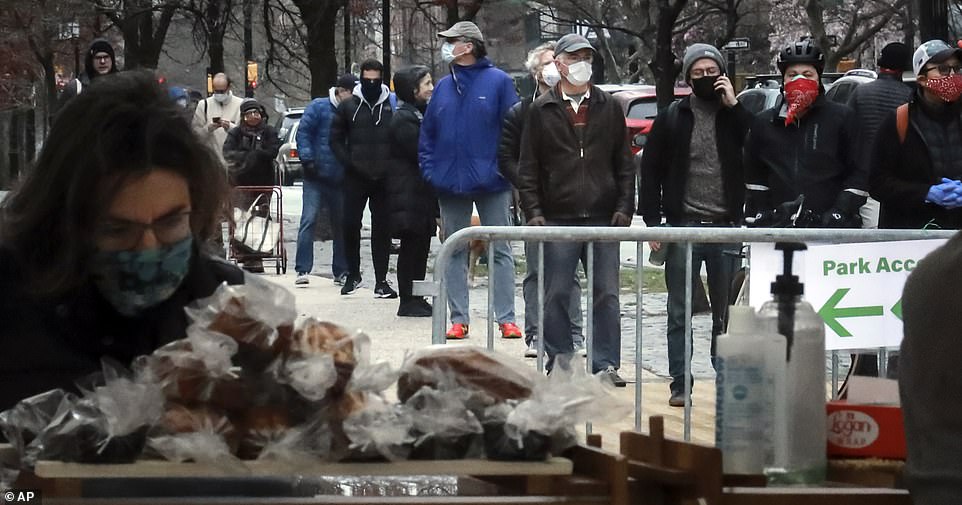 People wearing masks gather to form a “bread” line at Bread Alone outdoor market, while standing apart from each other to maintain social distancing requirements during the COVID-19 outbreak on Saturday in Brooklyn

While Cuomo praised the Chinese government for facilitating the donation of another 1,000 ventilators, he also had harsh words about U.S. dependence on China to manufacture crucial medical equipment.

He said that New York state had signed contracts to purchase 17,000 ventilators mostly from Chinese companies, and that only about 2,500 had ever been delivered.

‘Long term, we have to figure out how we ended up in this situation,’ he said. ‘There’s a public health reason, as we’ve all learned the hard way, why we need the capacity in this country’ to manufacture vital medical equipment. 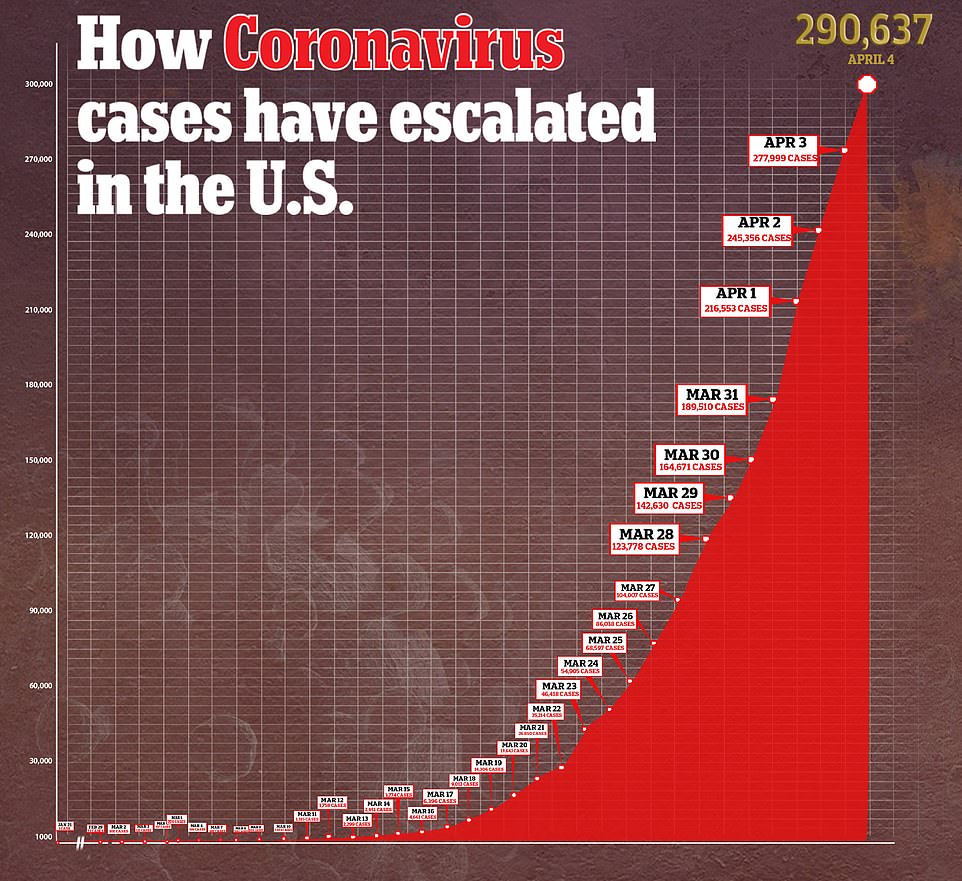 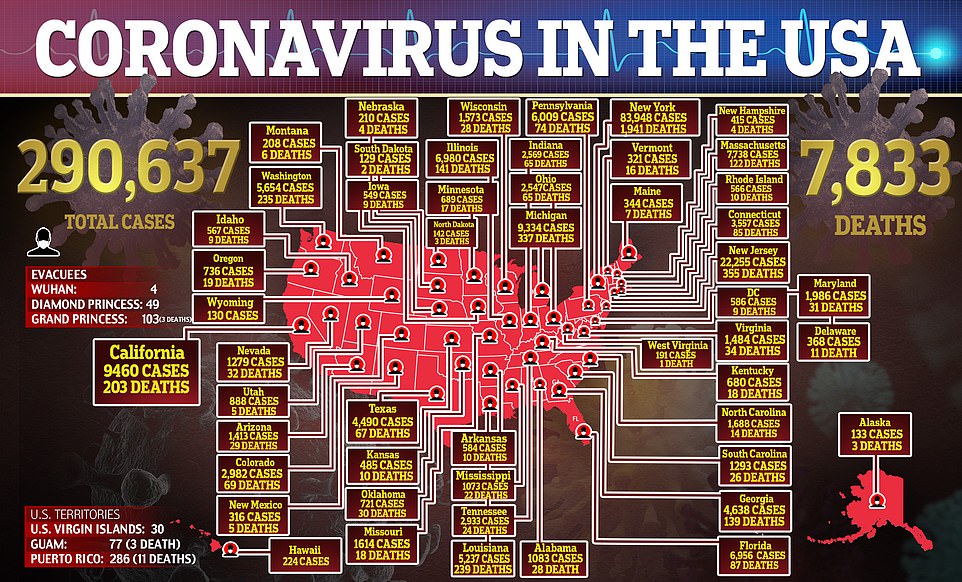 President Donald Trump announced late Friday he would prevent the export of N95 protective masks and surgical gloves to ensure they are available in the U.S.

The number of people infected in the U.S. has now exceeded a quarter-million, with the death toll climbing past 7,000.

New York state alone accounts for more than 3,565 deaths, an increase of 630 in just one day. Most of the dead are in New York City, where hospitals are swamped with patients.