Nicola Sturgeon today announced schools in Scotland will finally reopen from August 11 after almost five months of being shut.

The First Minister said classrooms will reopen immediately after the summer break but local authorities will be given the option of a phased return for students.

However, the Scottish Government’s expectation is that all pupils will be back in classes full-time by August 18 ‘at the latest’.

Schools in Scotland have been closed to most pupils since the end of March as classes were taught online.

The Scottish Government previously suggested there would be a blended model consisting of pupils being taught in school part-time and also learning at home.

But Ms Sturgeon told MSPs in a statement to the Scottish Parliament today that the suppression of the virus meant she could now confirm full reopening dates. 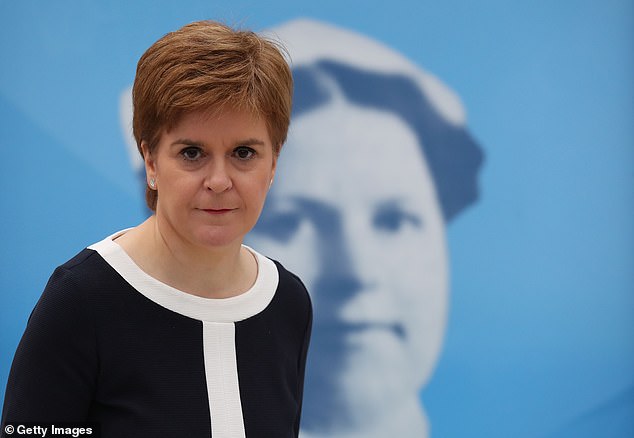 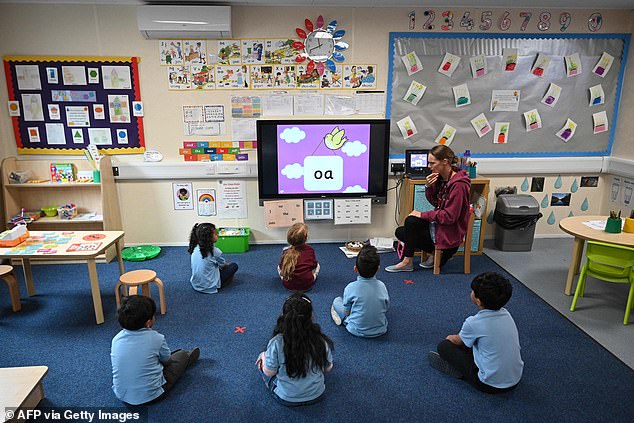 She also confirmed no coronavirus patients have died in Scotland for the past fortnight.

Ms Sturgeon said the prevalence of coronavirus in Scotland is now at ‘very low levels’ – saying it was estimated that last week 300 people were infectious.

The First Minister also confirmed shielding for people who are at greater risk of coronavirus will end on Saturday, meaning those in this category can follow guidance for the general population.

The latest modelling shows the R number – the average number of people infected by each person with Covid-19 – remains below one, she said, but despite this ‘substantial’ and ‘hard-earned’ progress the virus is still circulating.

As a result, she said Scotland could not yet move into the fourth and final phase of her lockdown easing plan.

Ms Sturgeon said: ‘A move to phase four would require us to be satisfied that the virus is no longer considered a significant threat to public health.

‘Unfortunately that is far from the case.’

Scotland will remain in phase three, she confirmed, and this could continue beyond the next review point of lockdown in three weeks’ time.

The First Minister also gave indicative dates for the return of some sectors still in lockdown.

These include live events outdoors with physical distancing and restricted numbers from August 24 and organised outdoor contact sports from the same date.

Some indoor facilities, such as bingo halls, could also open again on August 24, as well as funfairs and the resumption of driving lessons.

She added: ‘We don’t currently expect to implement any other changes before September 11.’

This is also the indicative date for reopening indoor pools, gyms and indoor entertainment venues for events such as concerts – but not nightclubs.

On schools, she said: ‘It is a moral and educational imperative that we get children back to school as soon as is safely possible.

‘In fact, a key reason for our cautious approach to lockdown over the last two months and over the next few weeks, is a determination to drive the virus down and keep prevalence low, so that schools can reopen in August.

‘I am therefore pleased to confirm today that schools will return from August 11.

‘Given how long children have been out of school, some local authorities may opt for a phased return over the first few days.

‘But we expect all pupils to be at school full-time from August 18 at the latest.’