The Brexit Party leader travelled to the coast in the middle of the coronavirus lockdown to film a video rant about migrants. 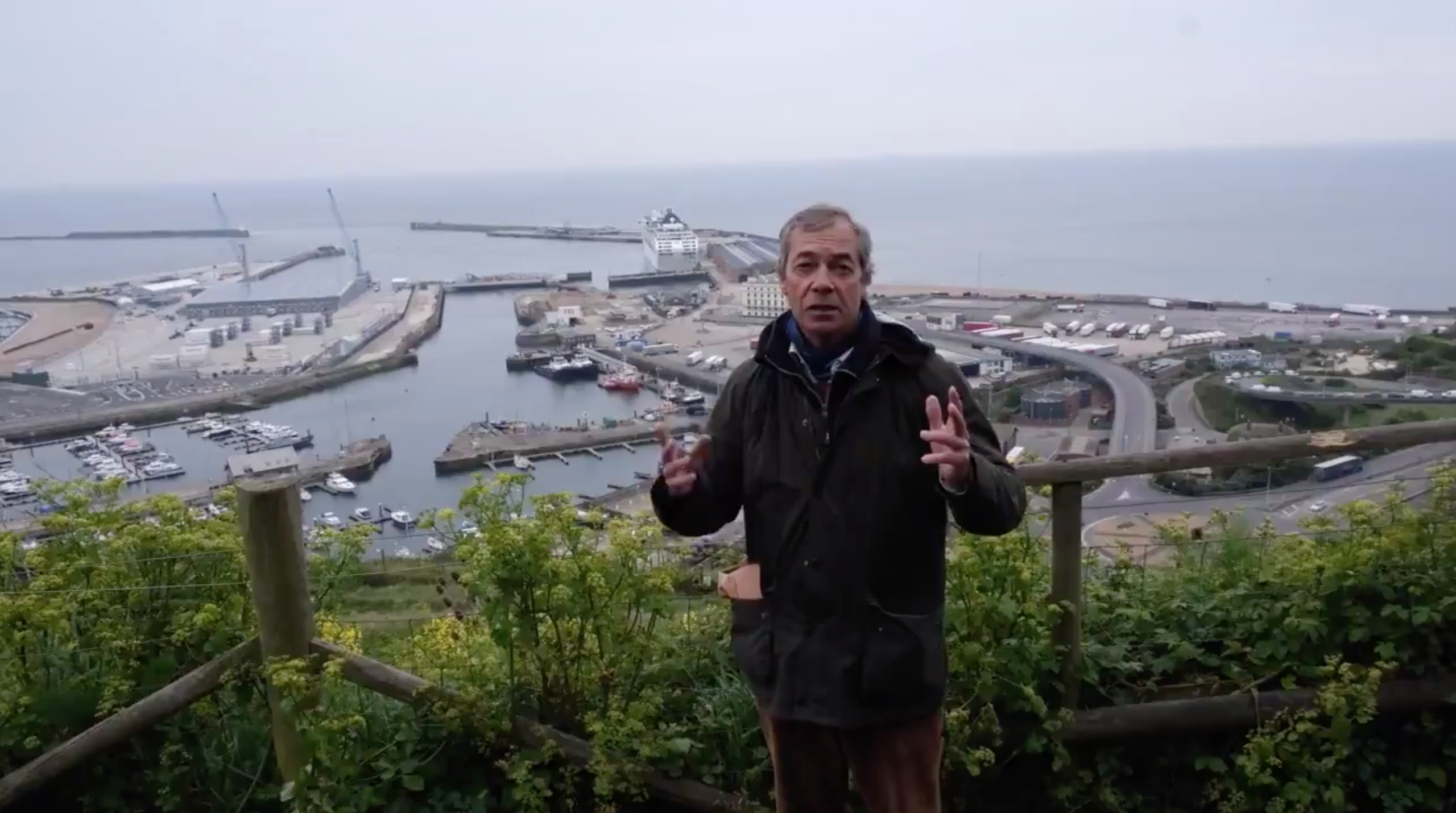 "They had received a complaint that I had been to Dover to report on the illegal migrant scandal taking place. What a total waste of time and money."

He posted a video to his social media yesterday saying: "It's Monday morning, I'm here in Dover and that's because I'm not going to let this story drop.

"Lots of press reports over the weekend suggesting I was quite wrong to have gone to East Sussex last week.

"This is a scandal, it's continuing, so I'm here, it's early morning in Dover."

His spokesman claimed he was a key worker making essential travel to report on a "scandal".

Members of the media reporting on the coronavirus crisis have been officially categorised as key workers.

Sussex Police confirmed they issued a reminder of the lockdown rules after being sent the clip.

Mr Farage earlier claimed he had been "bombarded" with complaints after he made a separate journey to the East Sussex coastline.

He defied the stay-at-home orders last week and travelled to Pett Level, a south coast beach, and then down the coast to Hastings where he interviewed members of the public.

His spokesman claimed Mr Farage was working as a broadcaster with key worker status.

He told the Mirror: "Nigel was working as a broadcaster. His interviews taken as part of the report were later used on LBC Radio."

Asked whether Mr Farage considered this an essential journey, his spokesman said: "Is it your job to enforce the law? I have told you the justification."

Government guidance says key workers are "those essential to the running of the justice system, religious staff, charities and workers delivering key frontline services, those responsible for the management of the deceased, and journalists and broadcasters who are providing public service broadcasting."